When did the future stop looking so good? Looking back at the concept cars of the 1960s and 1970s is like taking a sidestep into a parallel universe. While we are a heartbeat away from the mainstream driverless car and technology that only a generation ago still seemed the stuff of science fiction, the visual realities of the commercial automobile industry are less thrilling.

For a 10-year period from the mid 1960s, the designs coming out of Italy were extraordinary, and unlike anything that America – cradle of the automobile industry – could compete with. Everything came from a triumvirate of design houses: Bertone, ItalDesign and Pininfarina. Several factors led to their pre-eminence, but one was the major shift in focus at the last of those companies. In 1966 Sergio Pininfarina took over the company after his father’s death and shook things up – the company would, he decided, be at the forefront of research and development. Unbridled innovation, at full throttle, was the way forward.

There had been concept cars since the late 19th century, after artists were invited by the Parisian department store Le Louvre to submit entries for visionary car designs. These visions were seldom realized, but the designs sparked interest in an industry that was burgeoning. Fast forward 60 years, and car shows were spectacularly staged, lavish industry events where each year companies would unveil chassis that looked part laser cannon, part kinetic art. Of course, as was the case with the competition in Paris in the previous century, they were never produced.

By the 1960s, Bertone had already established itself as one of the most interesting design houses around. The BAT (Berlinetta Aerodinamica Tecnica) models that in-house designer Franco Scaglione produced for Alfa Romeo in the 1950s (before Scaglione left in 1959 to become a hired gun) are some of the most radical, beautiful cars ever designed. While so many later concept cars can be filed neatly into the category of “retro futurism”, the curves and graphic patterns of the panels on the BAT cars stand apart. They elevate car design to the level of sculpture.

Some of the later designs to come out of Bertone looked as probable as they were exciting. Why did a car door have to open outwards? Why not flip the doors upwards and climb in? Or why not make them entirely transparent, as they were in Bertone’s Lamborghini Marzal model from 1967? How about a single slanting panel, like a futuristic tank, that flipped up, as it did with the Lancia Stratos Zero Bertone of 1970? The studio conjured up radical, dynamic beasts: when opened, the wing-like doors of the 1968 Alfa Romeo Carabo Bertone stood to attention in a strong vertical line. By the mid-70s, however, the public’s fixation with science fiction had taken its toll on design. The 1976 Alfa Romeo Navajo Bertone looked like an also-ran sci-fi character that had limped over from TV to a limited movie theatre release. Silver, with a red stripe around it, and with a rear diagonal that made it look a cheap toy, it was the Buck Rogers of the car world. It wasn’t all bad though – the Lancia Stratos Sibilo from 1978 was a strong indicator of where the concept car, and indeed style generally, would go in the following decade. This was a radical convergence of glass and paint, with the essence of Dieter Rams rather than George Lucas.

Pininfarina’s designs ranged from the fantastical to the plausible. The Alfa Romeo P33 Roadster was an open pod, which looks built for speed but not comfort, like an experiment in breaking the land speed record, with a single rectangular strip of lighting on its nose. The shape of the 1969 Alfa Romeo Tipo 33-2 Coupe Speciale Pininfarina suggests speed as strongly as a Boccioni sculpture; its body appears to be shaped from a series of jet engines, all smoothed and ergonomic. The shapes and graphics that many of these concept cars created is what made them such hits as posters and toys. They appeal to children of all ages. Look at ItalDesign’s 1970 Volkswagen Porsche Tapiro – with four wing doors, not two. Photographed from above, it looks like a Transformer. The 1972 Maserati Boomerang ItalDesign was based around a cockpit design, with more glass than frame. Again it looked incredible when shot from above – like a set of simple geometric tribal graphics. Conversely, the one-off Ferrari 512S Modulo that Paolo Martin created at Pininfarina in 1970 is something to experience from the side. Few concept cars have been fashioned with such a low rise. This is pure stealth, although presented in clinical white, with a single red band through its center that looks like a laser beam cutting through the chassis. As the Pininfarina archives say: “Ferrari Modulo is an extreme special berlinetta, single-volume, experimental one-off prototype, built on the Ferrari 512S chassis, of a futuristic car breaking the fetters of the traditional stylistic language, representing the atmosphere of the early Seventies.”

Some of ItalDesign’s work made it onto the road, and into the hearts of more adventurous motorists. In 1972 the studio created the Lotus Esprit, one of the sexiest cars ever conceived. In 1977, it was given a fantastical twist, when James Bond drove one that could turn into a submarine at the flick of a switch in The Spy Who Loved Me. ItalDesign also created the ill-fated DeLorean DMC 12, which looked like it was going to take the wonders of the concept car to the budget-end of the mass market, with exciting gullwing doors, visual gusto and a low price point. Books have been written on the DeLorean saga, but one of the things that stopped it reshaping the car market was the cost. When it went on sale in the US in 1981, it retailed for $25,000, over twice what the business plan had estimated – the equivalent of around $70,000 today. Only 9,000 cars were ever made. It became an icon of the 1980s, now vintage curio.

Although … the story continues. In 2016 it was announced that the rebooted DeLorean Motor Company would put the car back into production. The future may well materialize. And if DeLorean don’t manage it, then Pininfarina might. The company’s new electric hypercar – scheduled for 2020 release – is a thrilling design, with wing doors and something of the supercharged, streamlined silhouette of their late 1960s masterpieces. While the company has focused for decades on designing for others, and creating numerous designs that were never realized commercially, this time they are going it alone and actually going into production themselves. Speaking at the 2018 Geneva Motor Show, CEO Paulo Pininfarina said: "My father’s dream was to build a car company and his father’s dream was also to build a car company. I plan for that dream to come true." 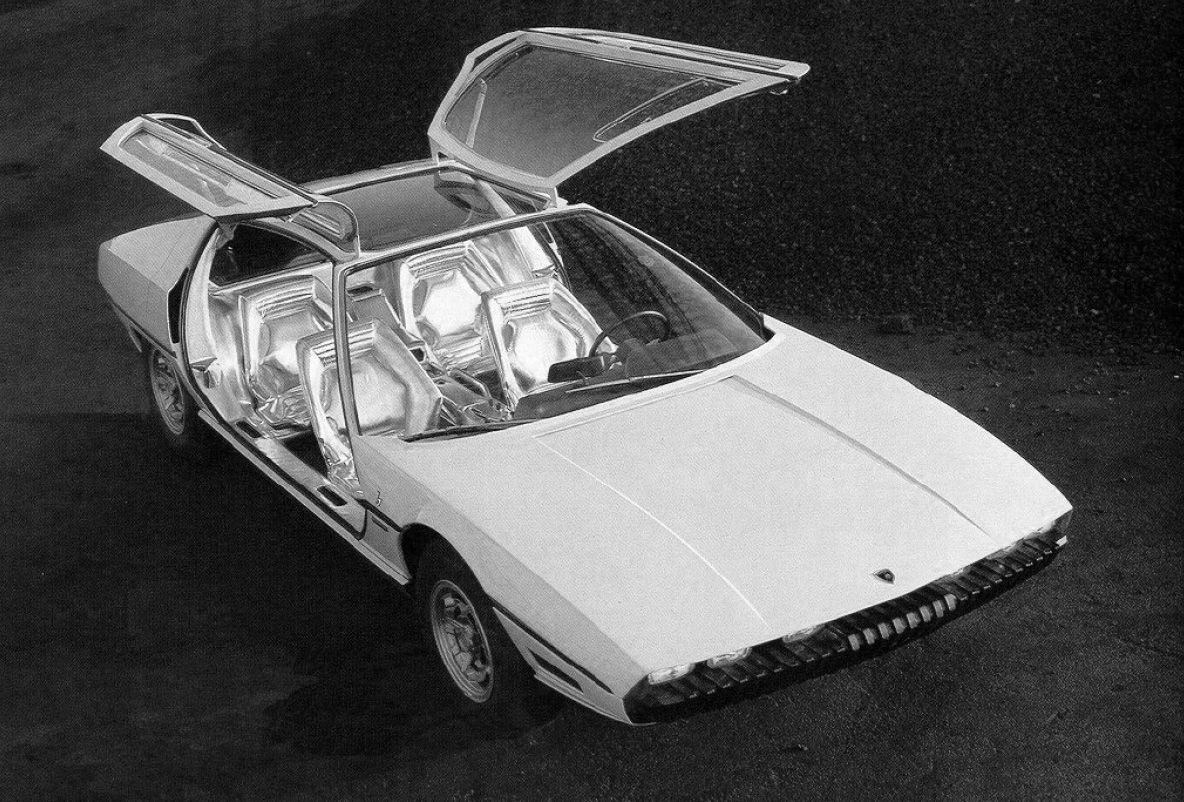 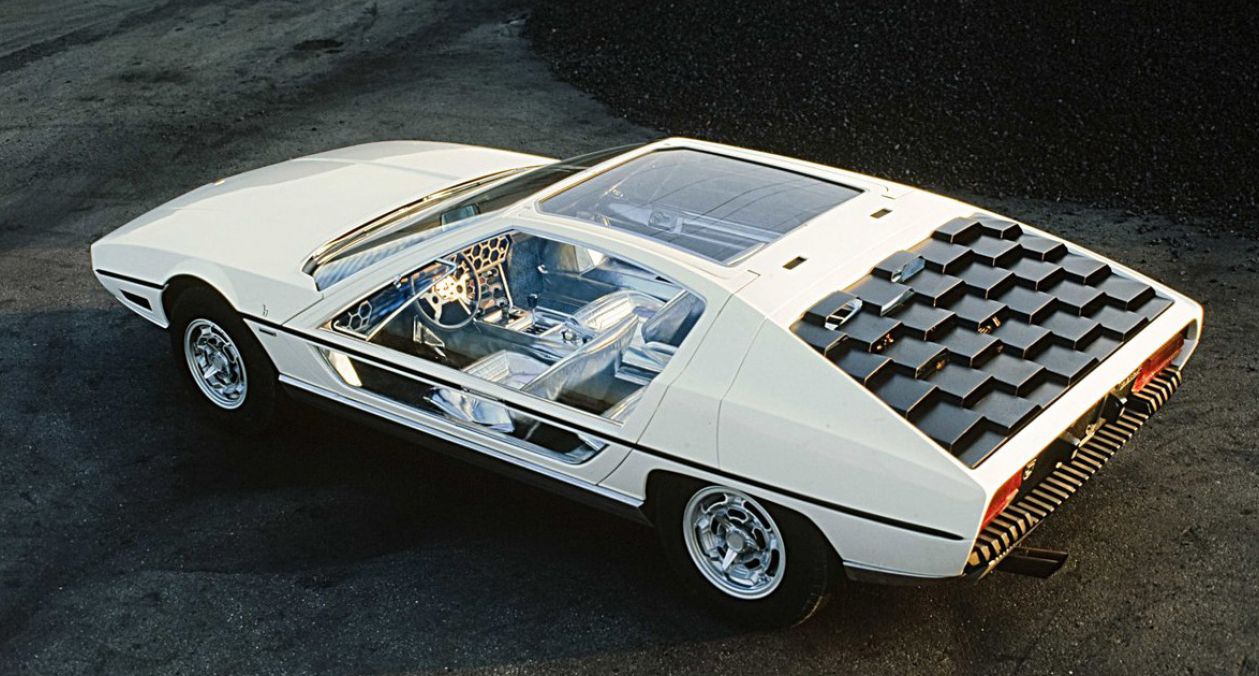 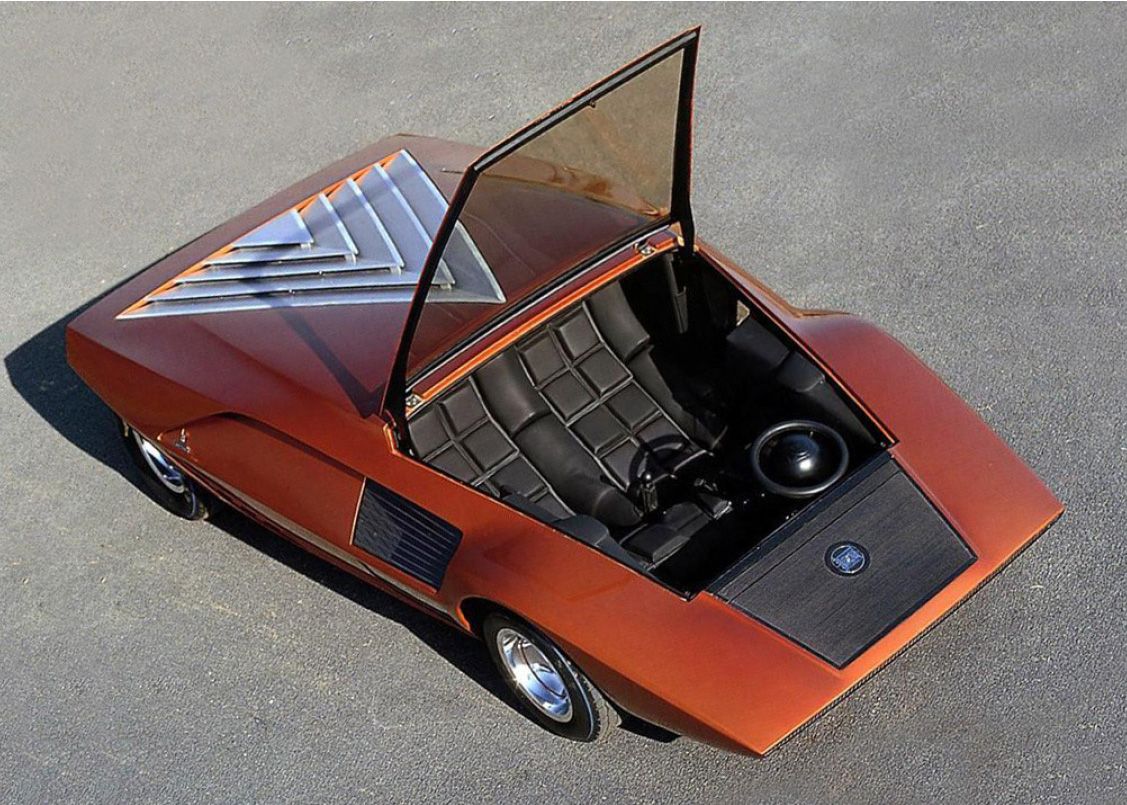 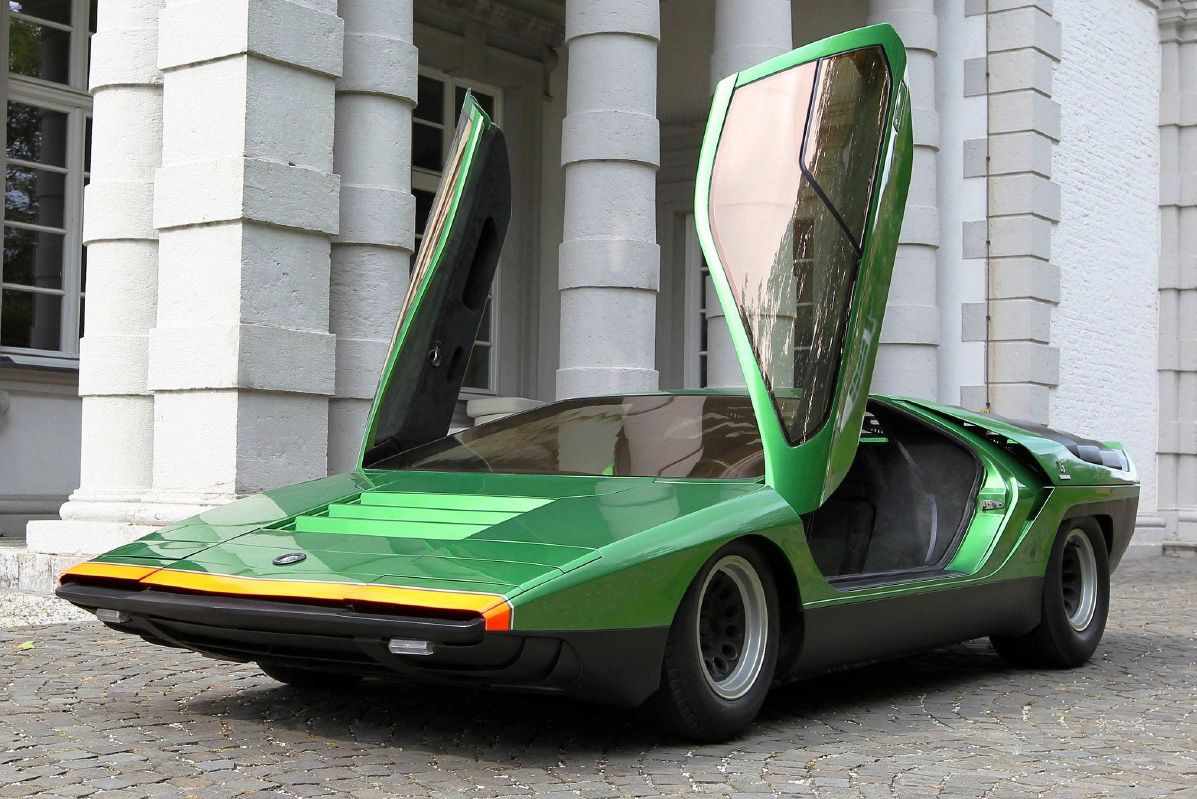 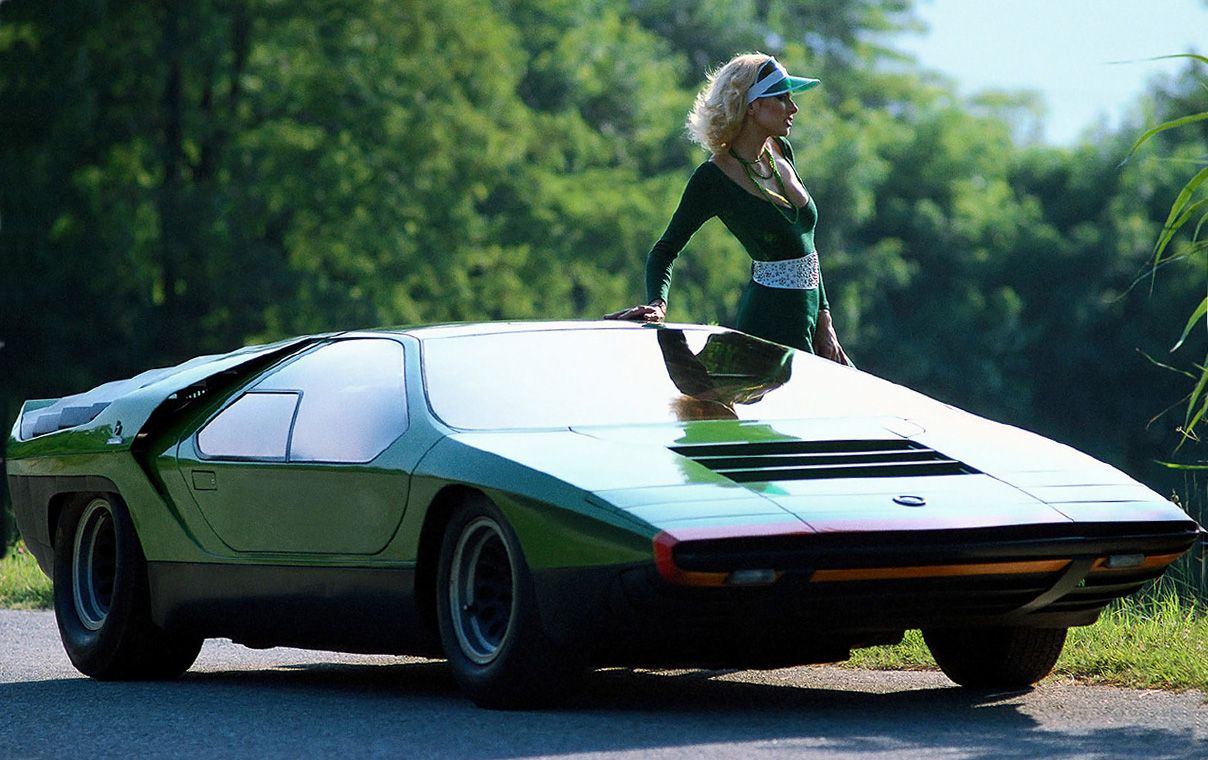 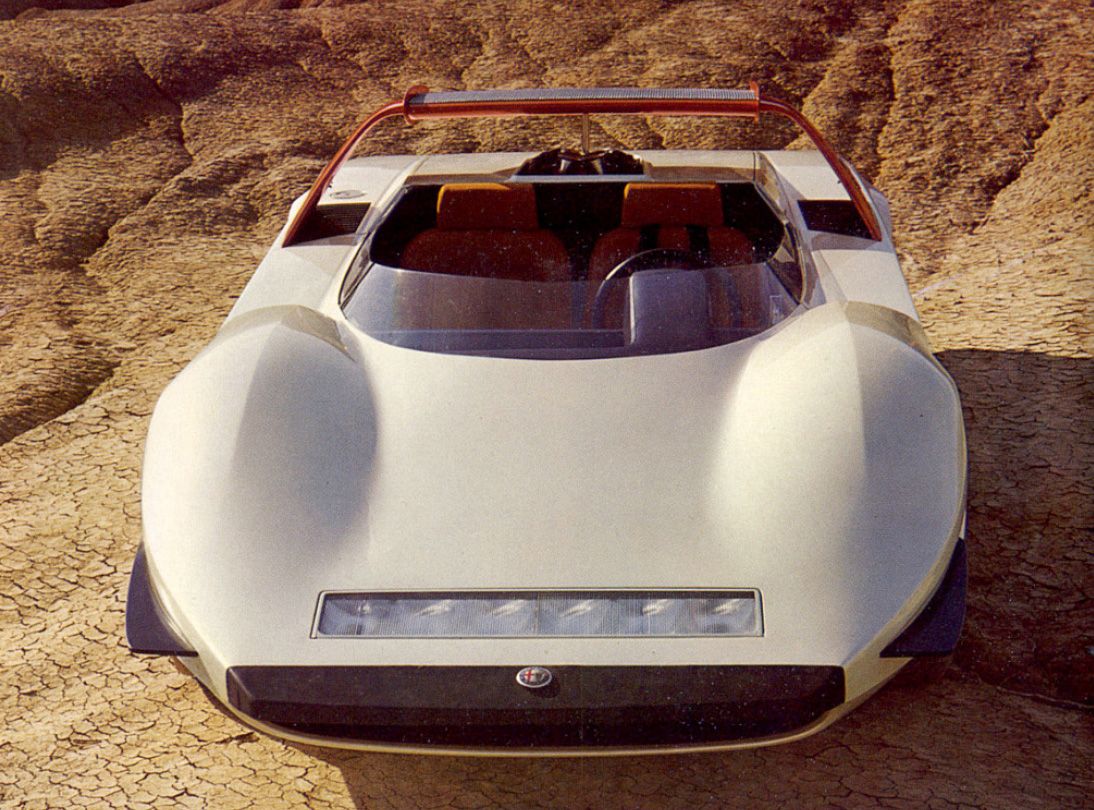 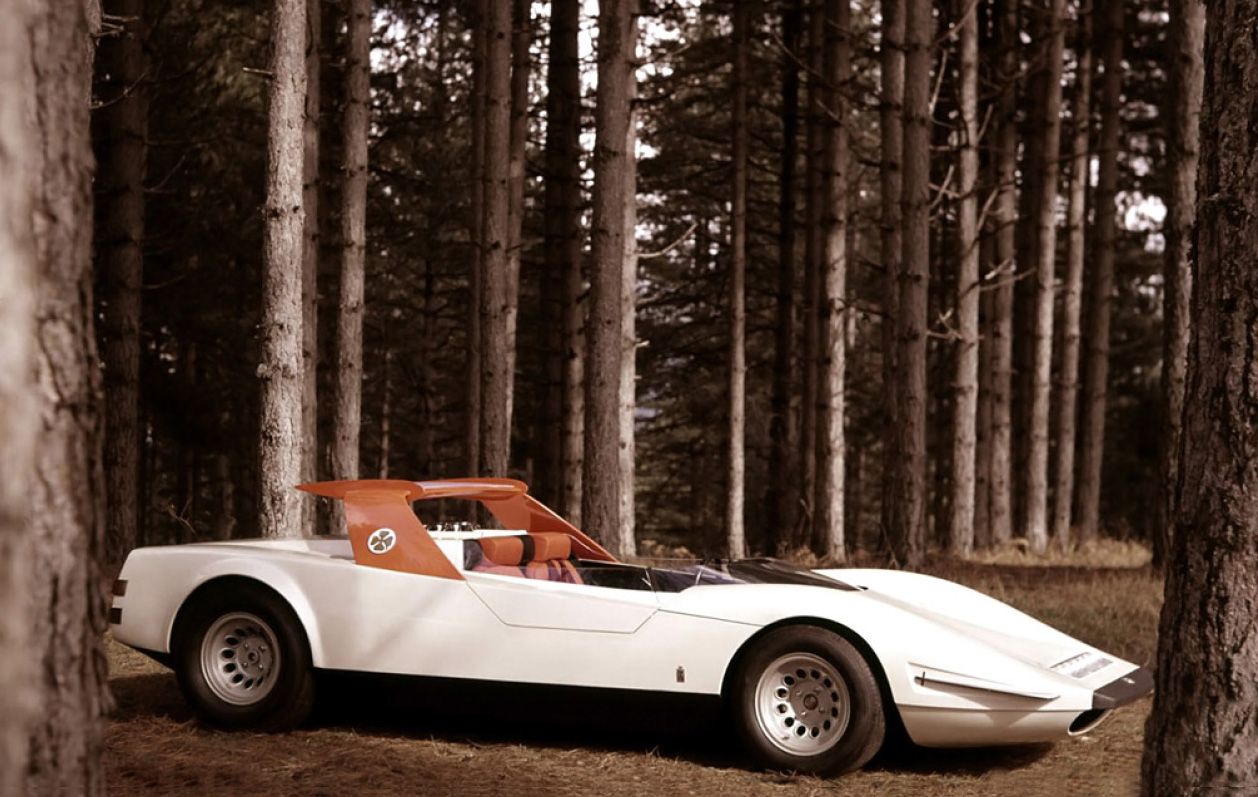 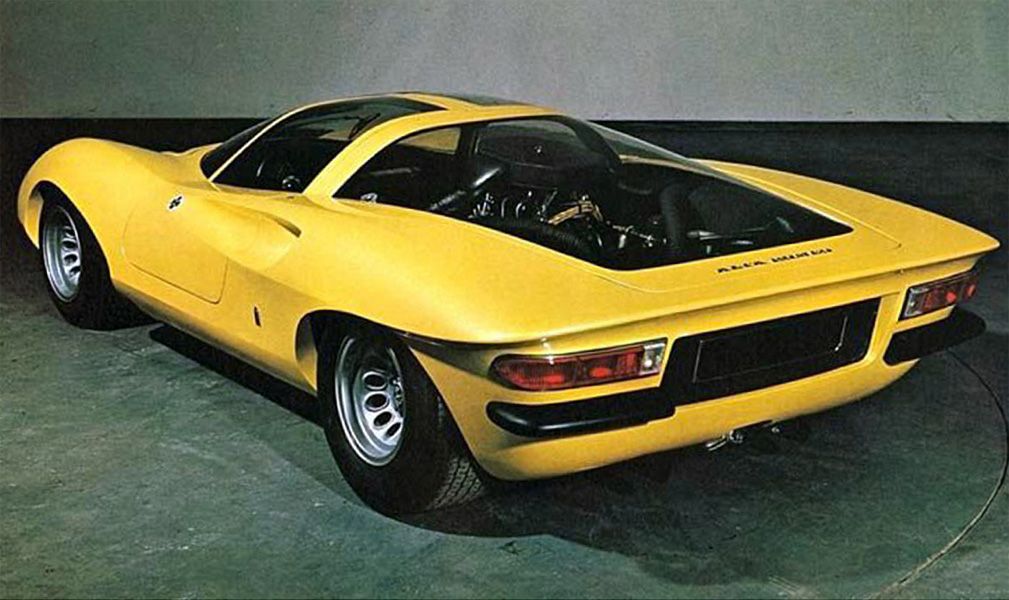 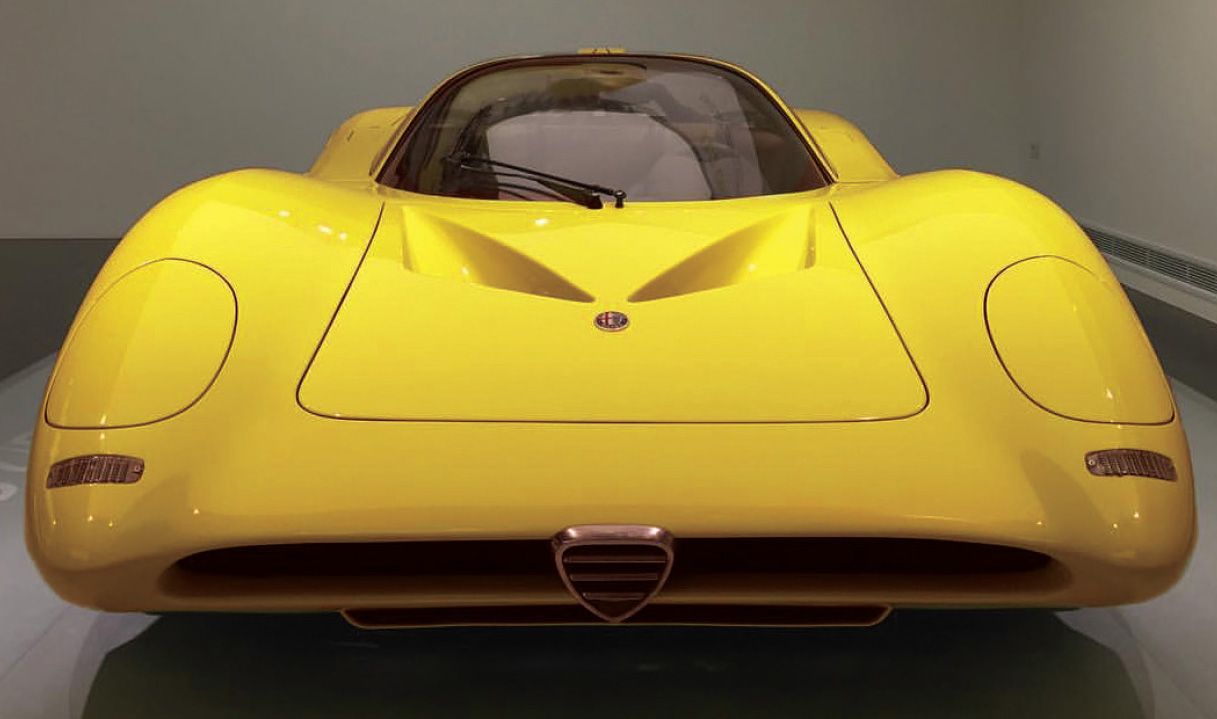 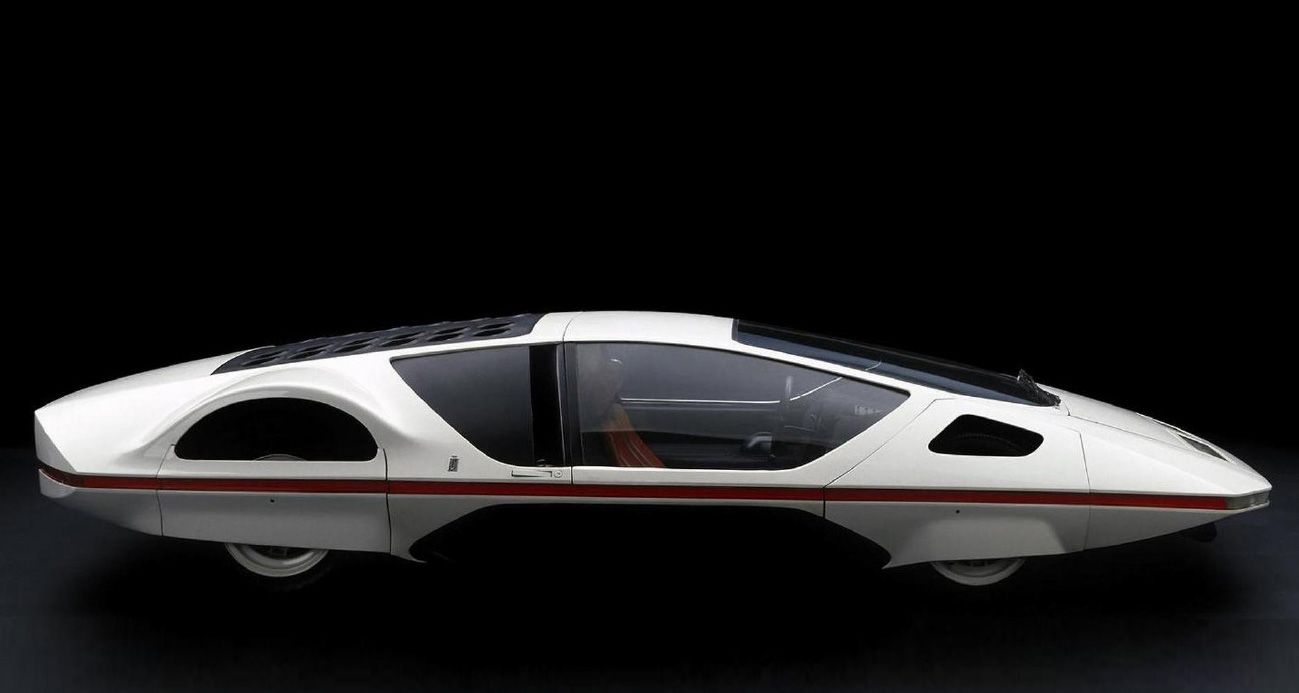 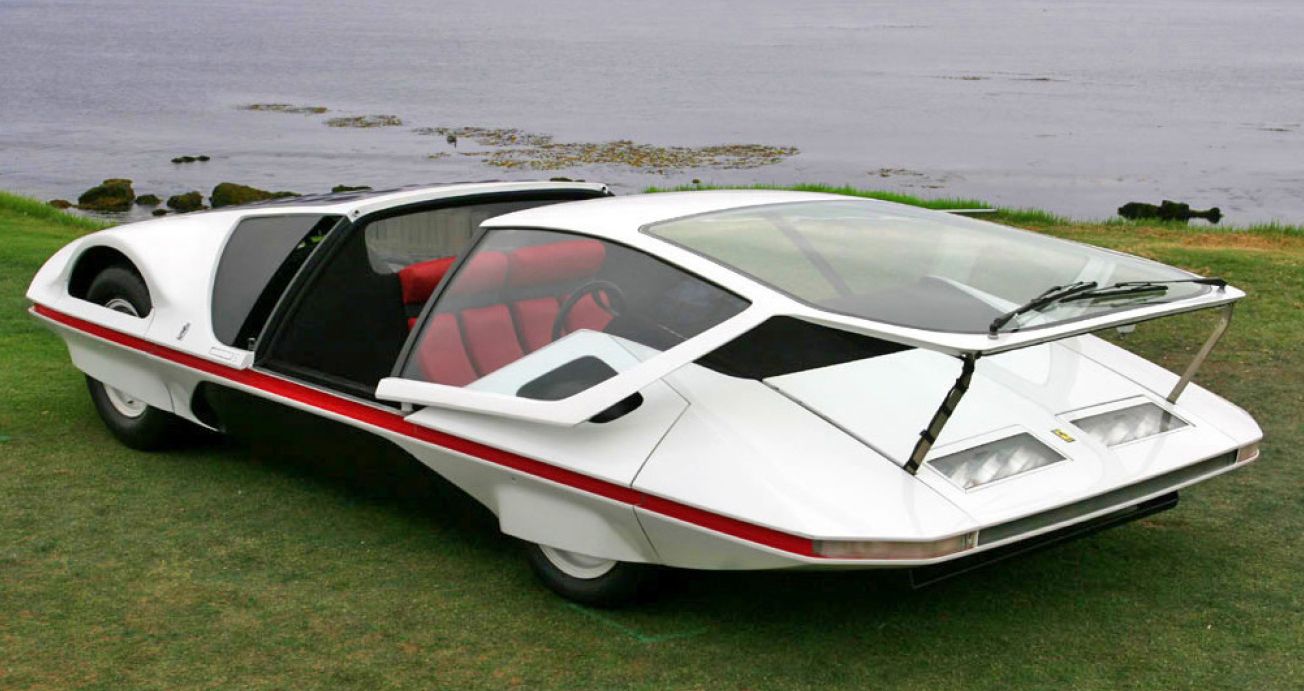 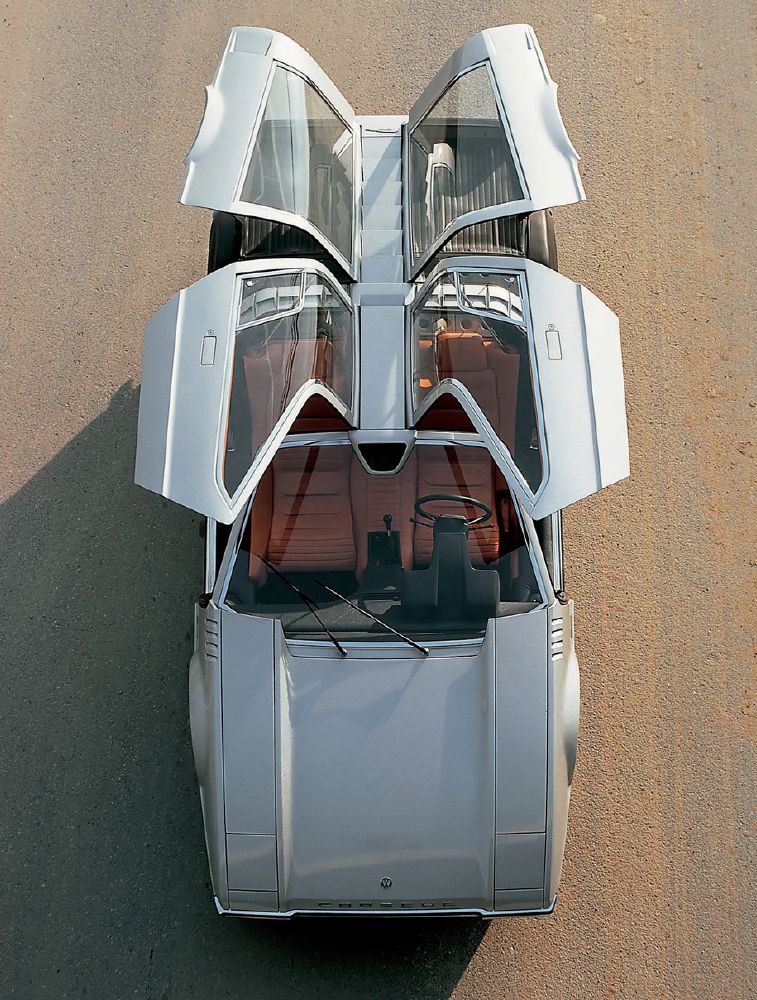 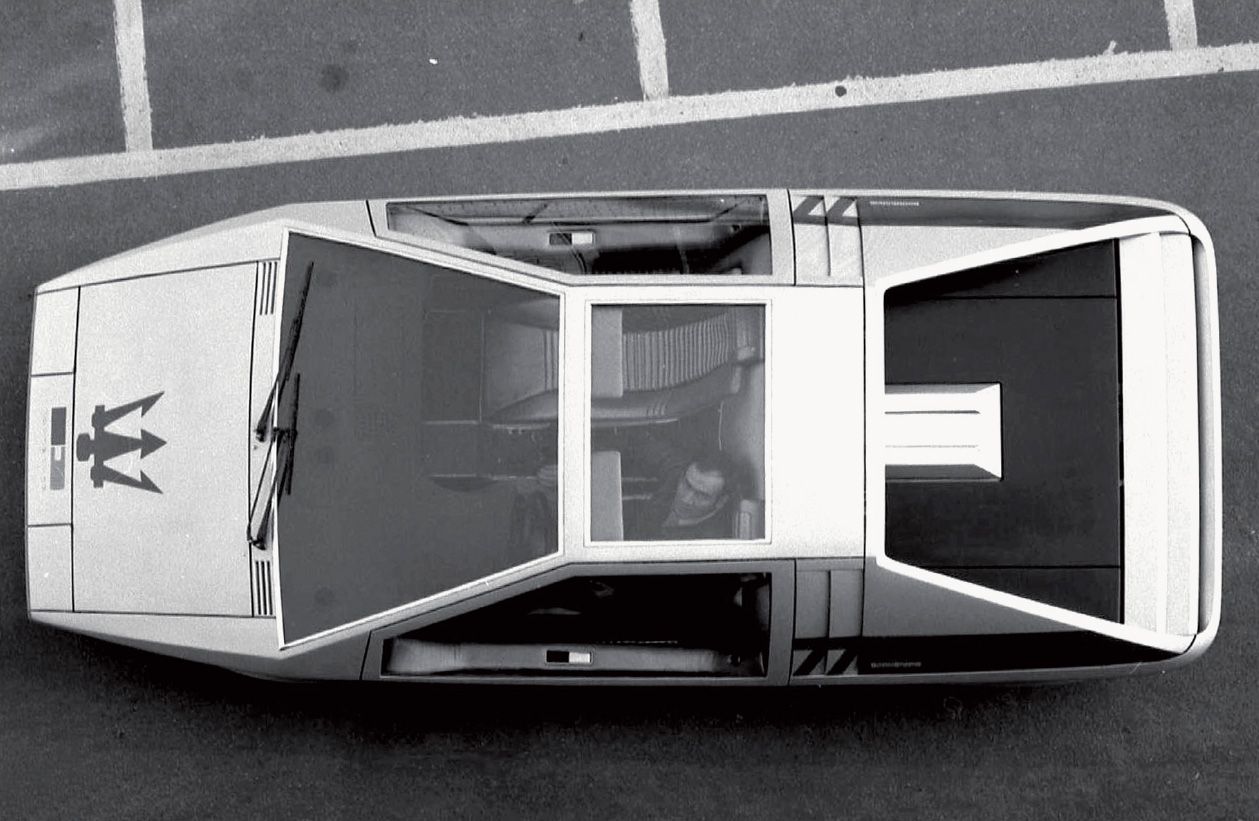 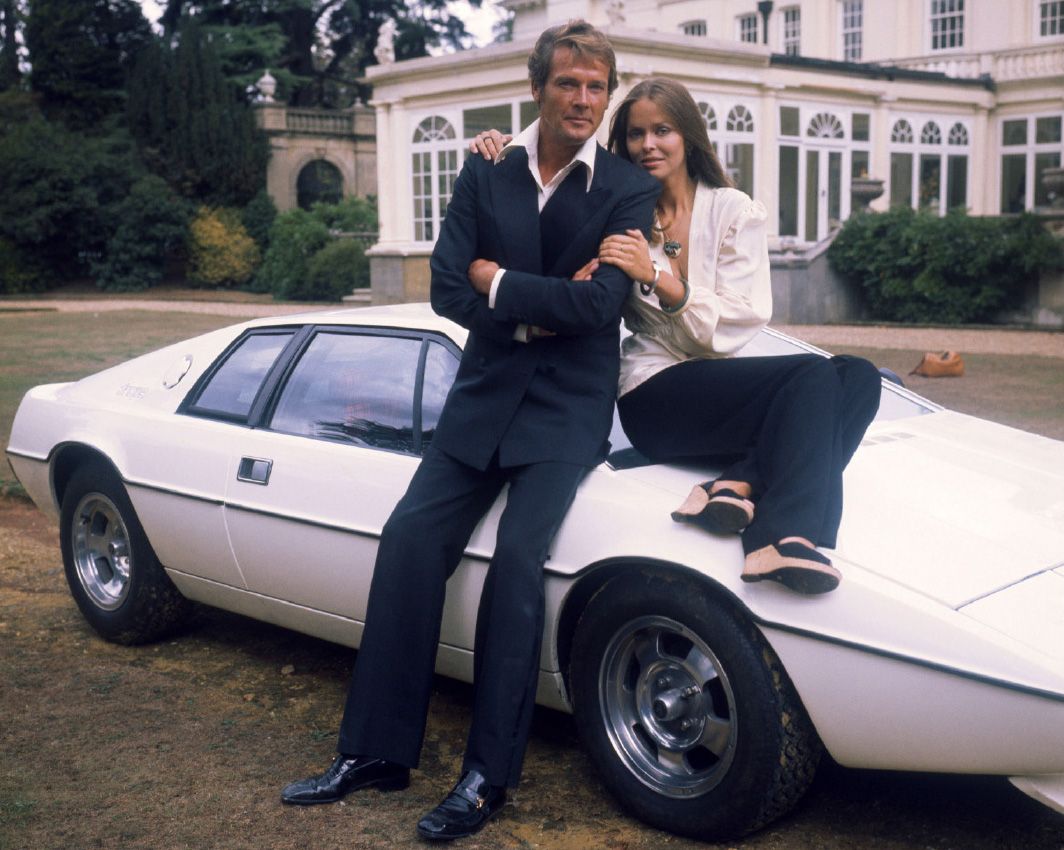 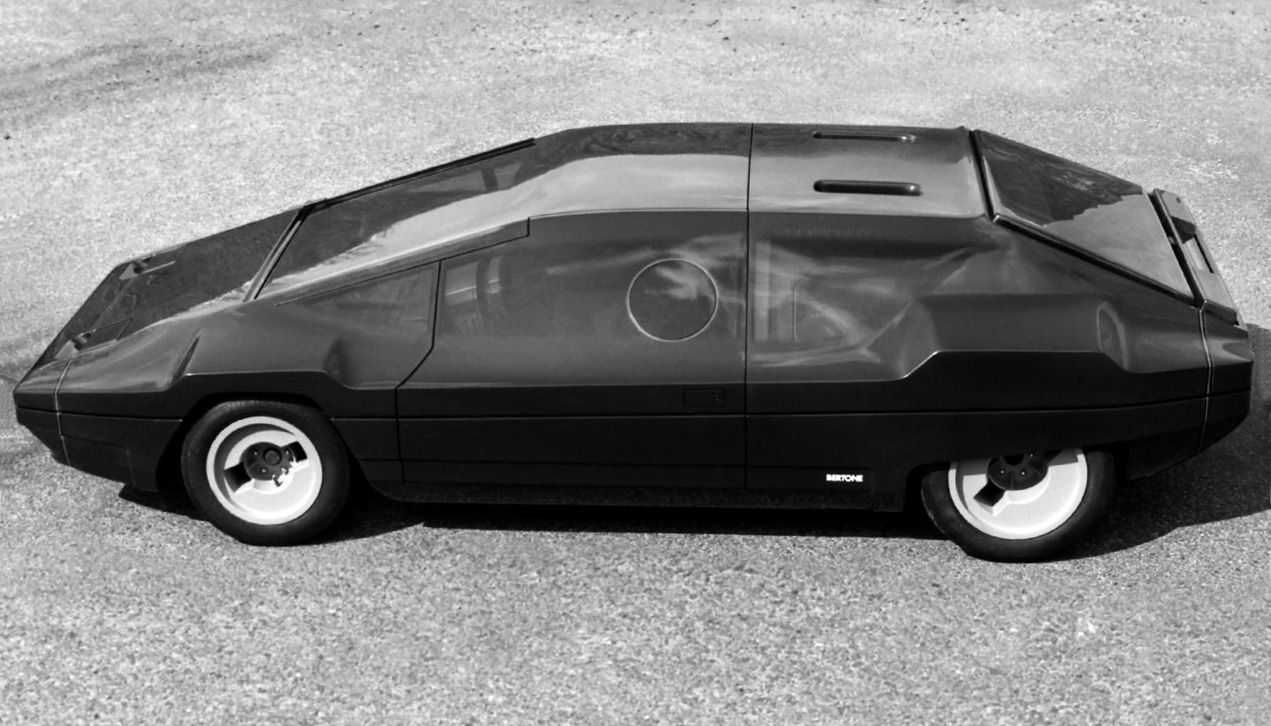 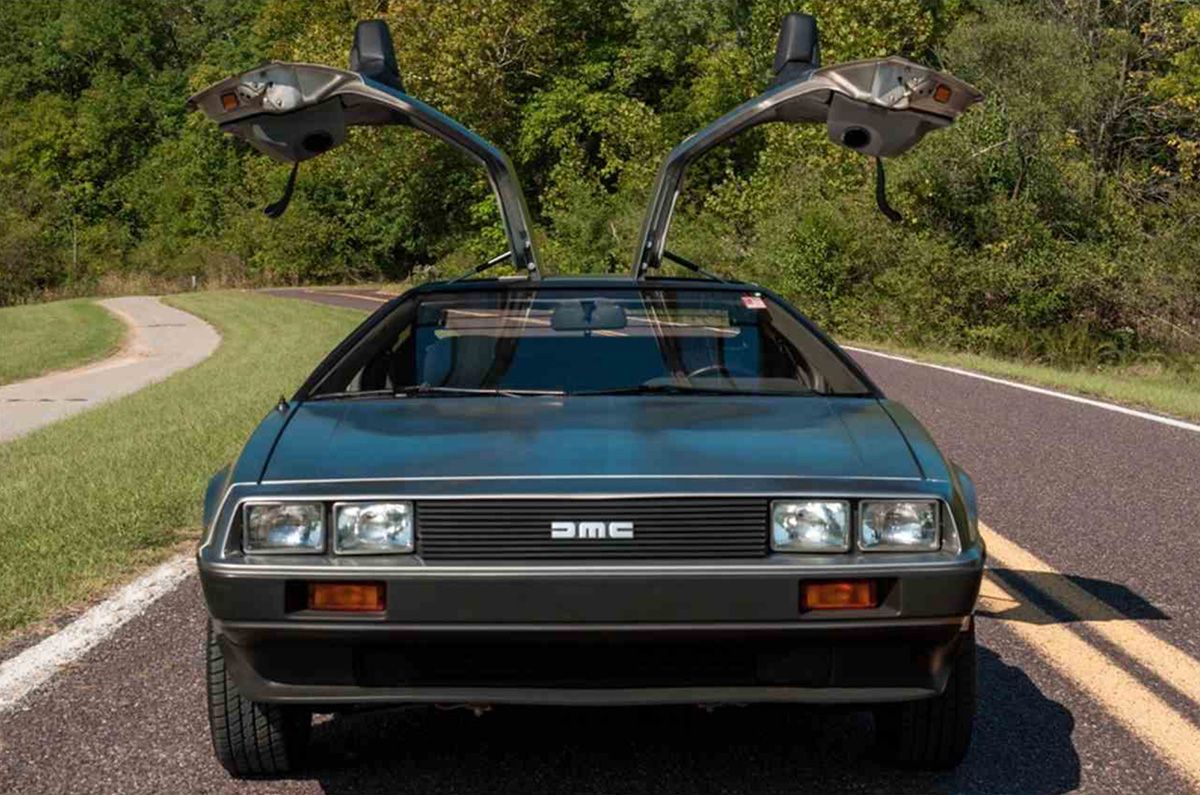 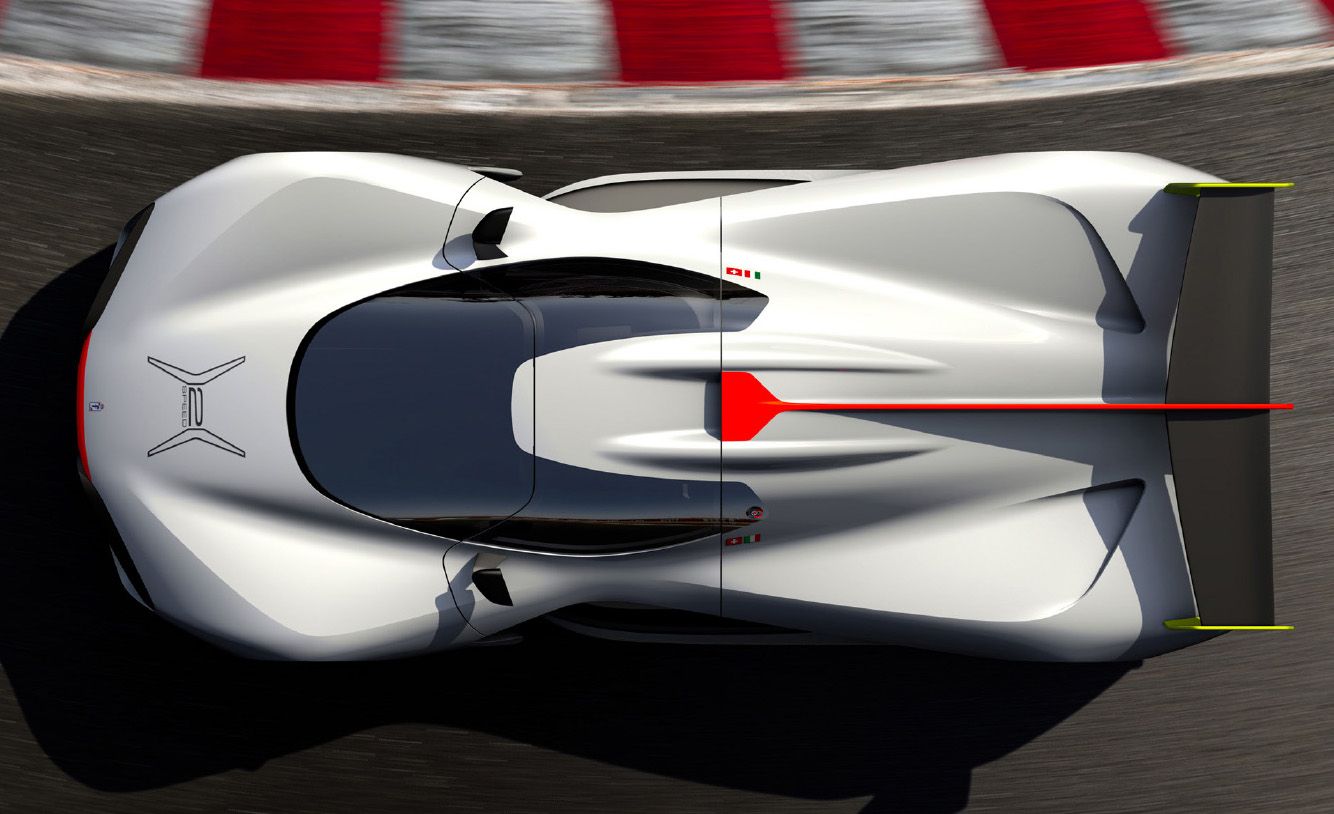