THE RADICAL ARCHITECTURE OF ENGLAND’S ONLY DESERT

It is a beach, a desert and an architectural playground. At the same time, one of the words most commonly used to describe Dungeness on the edge of the Kent coast in Britain is “otherworldly”. During a winter’s gale, when visibility is poor because of horizontal hail, it’s easy to see why. It can be an inhospitable place. Conversely, in fine sunny weather Dungeness has an eerie, haunted beauty. The light is unique, crisp and amber, with a widescreen cinematic quality to it.

Dungeness has certainly been well filmed over the last 20 years, having become something of a cliché for fashion photographers looking for a desolation ambience. It is Paris, Texas by the sea. The landscape here has a washed-out quality, like a hand-colored photograph. Grass takes on the color and texture of bleached hair next to clouds of emerald kelp, while the jet-black network of power lines, telephone masts and wires cuts through the space in every direction. The manmade elements of the landscape stand out like Moon-mission debris. Dungeness may be a thriving fishing community but there’s something almost post-apocalyptic about the way its boats litter the shingle.

The richness of the nature along the Dungeness coastline is in stark contrast to the rest of what you’ll find here. As well as the nuclear power station, Dungeness B, that crowns the tip of the beach, there is some incredible contemporary architecture. Many of the cottages dotted along the coast have been fashioned from old railway carriages, given to workers on the nearby Ashford line as a parting gift on redundancy and subsequently used as homesteads. Numerous architects and designers have made the journey here to buy property and restore it, facing some of the most fastidious planning rules in Europe – nothing can be built outside of the existing footprint of the properties, and the eaves of a roof can’t be a centimeter longer than prescribed. It’s a place for purists. When architect Guy Hollaway built his Pobble House recently, he created a set of three simple and graphic spaces, clad in larch boards, cement fiberboard and steel mesh, interlinked to create a single residence, sitting on the exact footprint of a demolished property.

The most famous resident of Dungeness was the artist, film-maker, activist and Avant-gardener Derek Jarman. When he died in 1994 he left behind a body of film work that, along with capturing the early punk movement (Jubilee) and inventing the language of the pop promo (The Queen is Dead; The Last of England et al), explored the landscape of Dungeness in the most personal of ways. One of his last films, The Garden, was a meditative feature starring Tilda Swinton, filmed entirely on the beach in front of his home.

Jarman lived in Prospect Cottage, a pristine black and yellow structure. There’s a poem crafted on to one side of it – The Sun Rising by John Donne – while all around is his eponymous garden, crafted and sculpted from indigenous weeds and flora and assorted beachcombed detritus. As well as being a hugely influential filmmaker, he established Dungeness as a style in its own right rather than just a desolate peninsula at the heel of the United Kingdom.

Next door to Prospect Cottage is NORD Architecture’s Shingle House, built in 2010. It’s one of Alain de Botton’s Living Architecture holiday homes, which give the public the opportunity to rent remarkable houses for short stays. The construction of this dramatic, reductionist, black-on-black tarred shingle home created huge excitement in British design circles. Inside, all is white wood and Charlotte Perriand Potence wall lighting. Floor to ceiling glass in the bedrooms open up views out past the historic RHDR miniature steam railway – which runs just behind the house – to the nuclear power station and beyond. Hares leap in pairs across the flat, luminous landscape.

A short walk from the Shingle House is Simon Conder’s Gelon Hanna House. This is a private home coated entirely in black rubber, with a 1950s silver Airstream caravan parked alongside it for a spare bedroom. With its glass porch and sun deck jutting into the shingle, it was the first modern architectural statement to be made on this coastline. It is like a densely-sketched child’s drawing lifted from the page and brought to life or transported here from a dream by a Wizard of Oz-style twister. Conder was also responsible for El Ray, a nearby rotunda built around a 19th century railway carriage. Like the NORD building, it is available to rent for weekends.

Dungeness isn’t a beach for sunbathing. It’s a place for reflection and inspiration. Its charms are quite unique and, for all its geological history, quite contemporary. Consider it, and its architecture, a seaside town for the way we live now. When Derek Jarman was talking to the sculptor Maggi Hambling about his Dungeness garden she remarked: “Oh, you’ve finally discovered nature, Derek.” Thinking of the painterly images of Constable and romanticized oils of the Kent countryside, Jarman protested he’d done nothing of the sort. She disagreed and clarified: “I understand completely… you’ve discovered modern nature”. 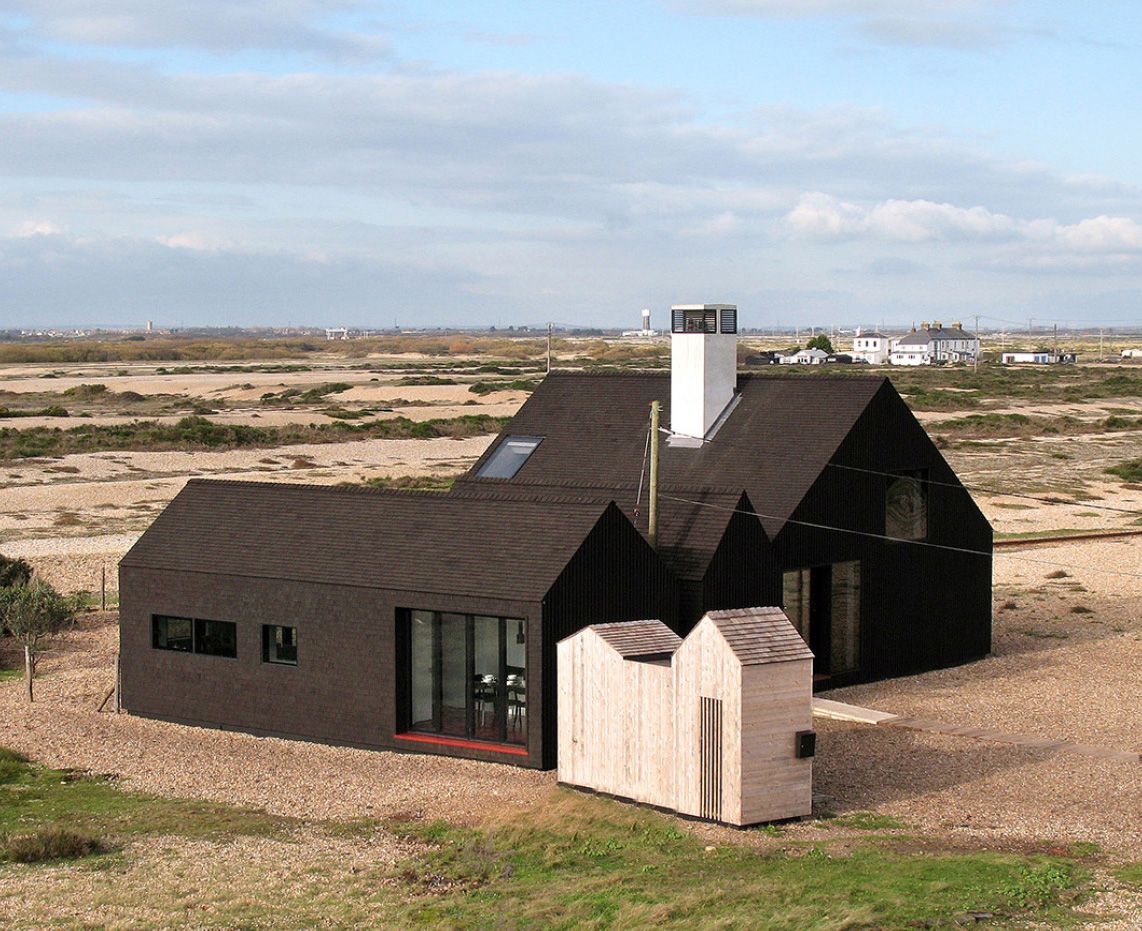 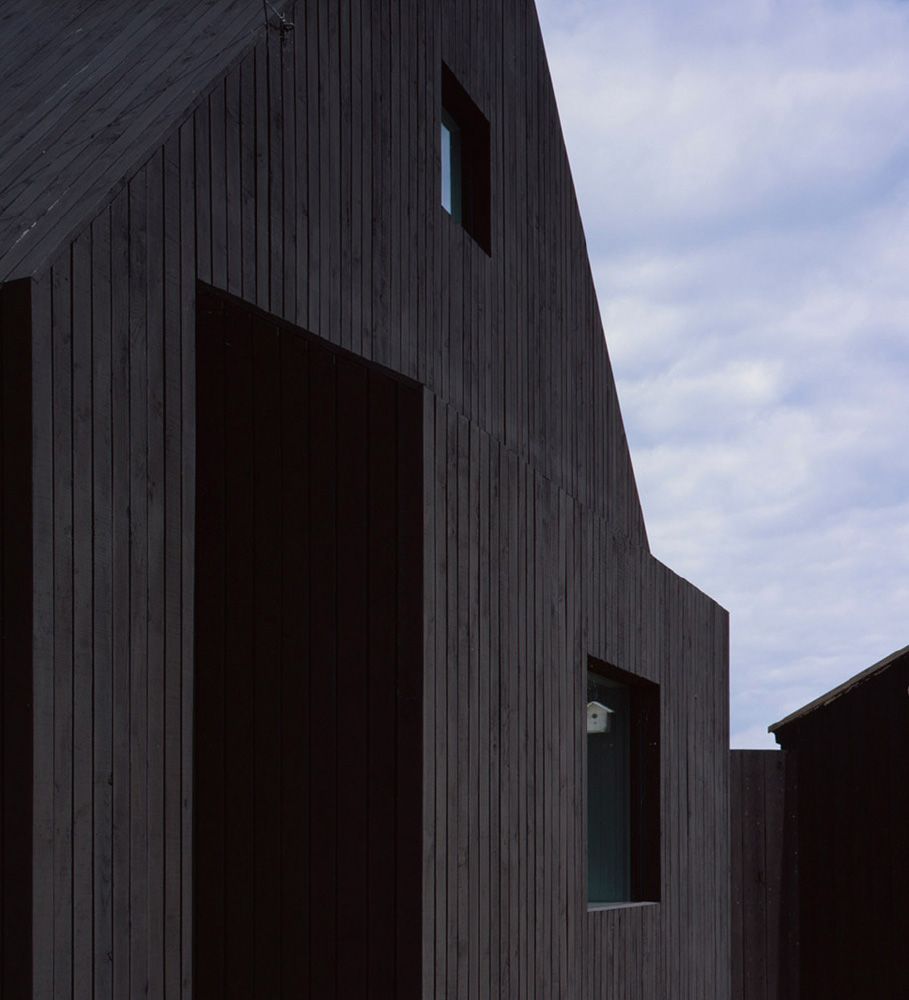 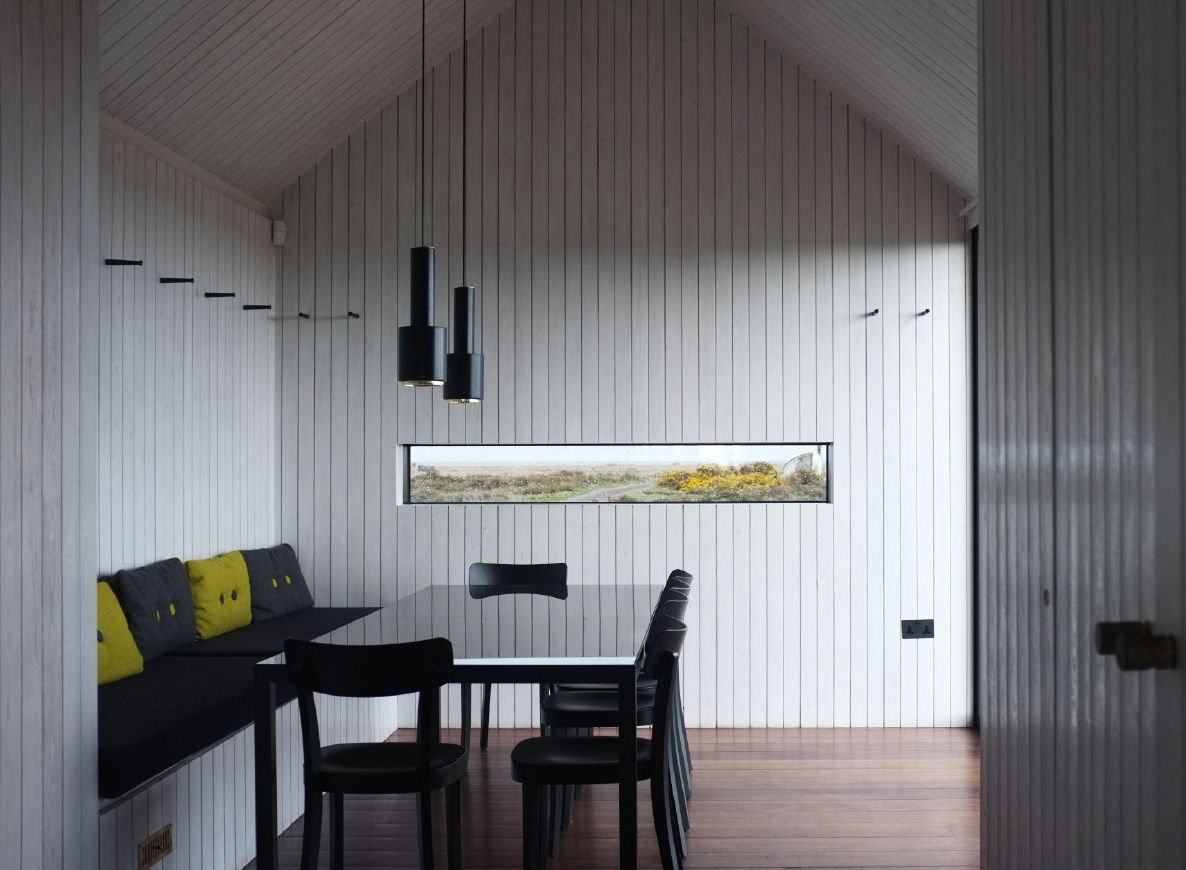 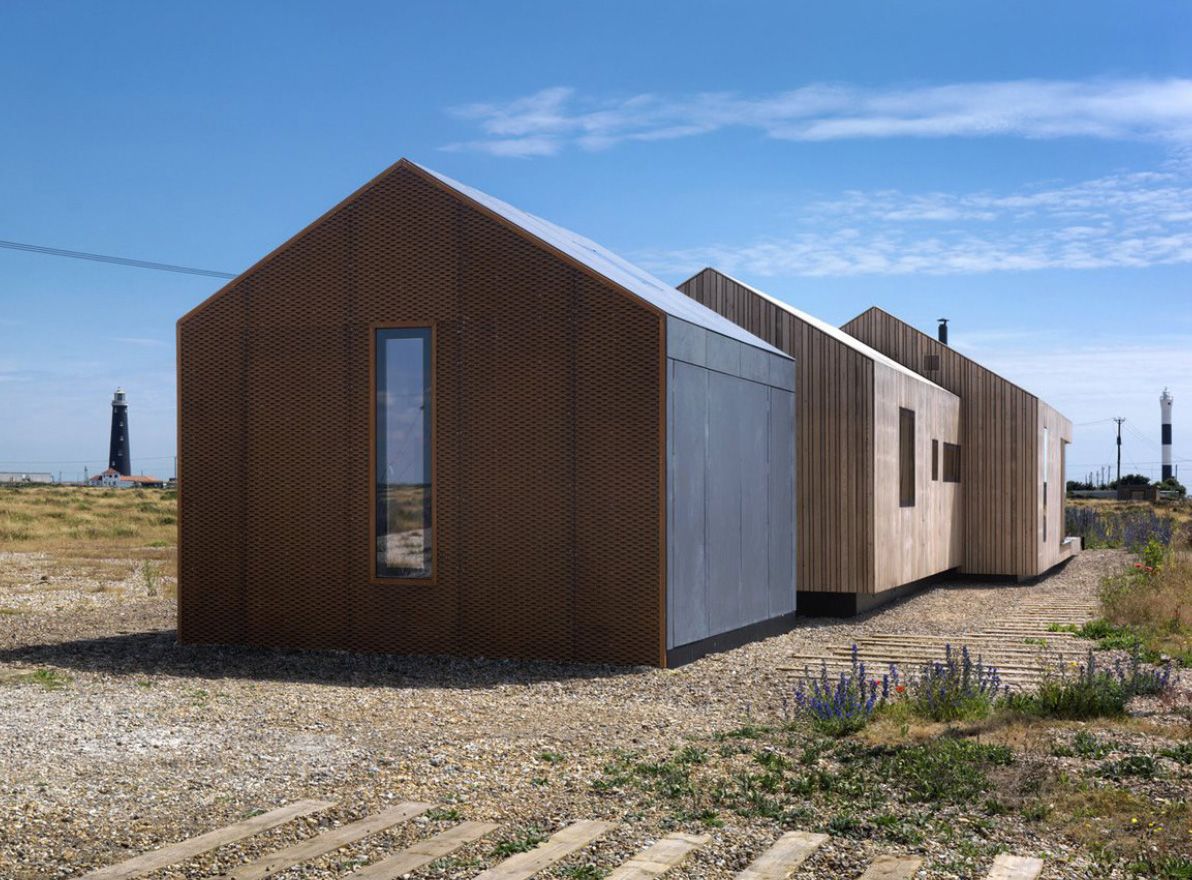 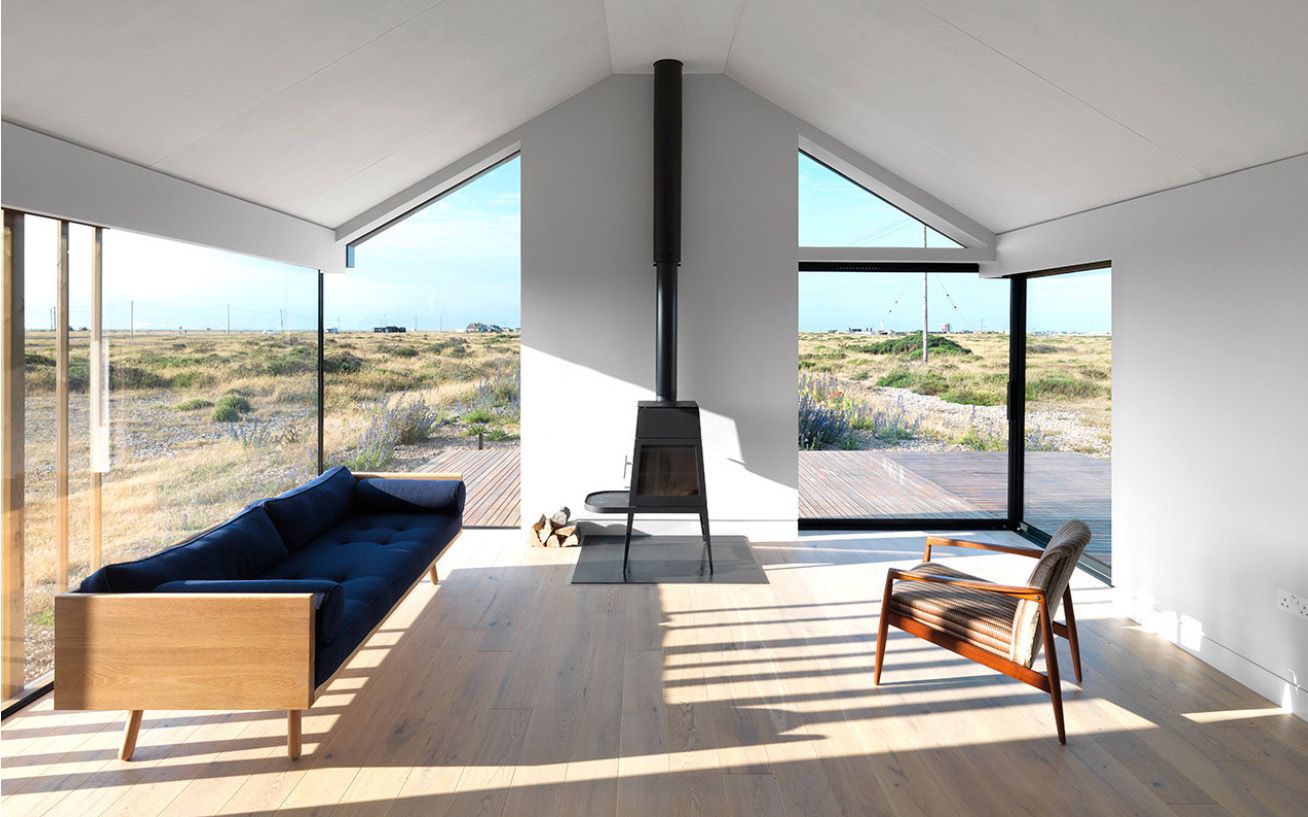 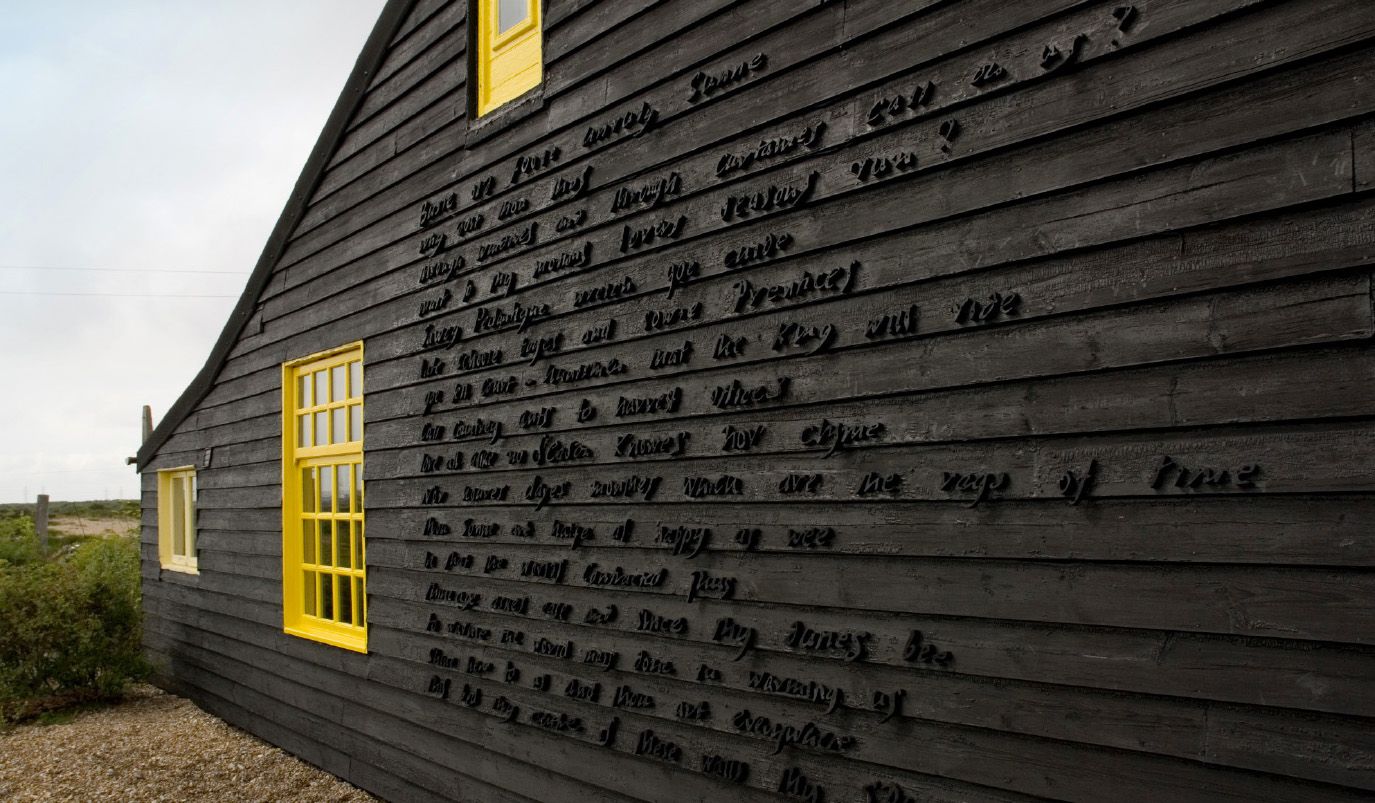 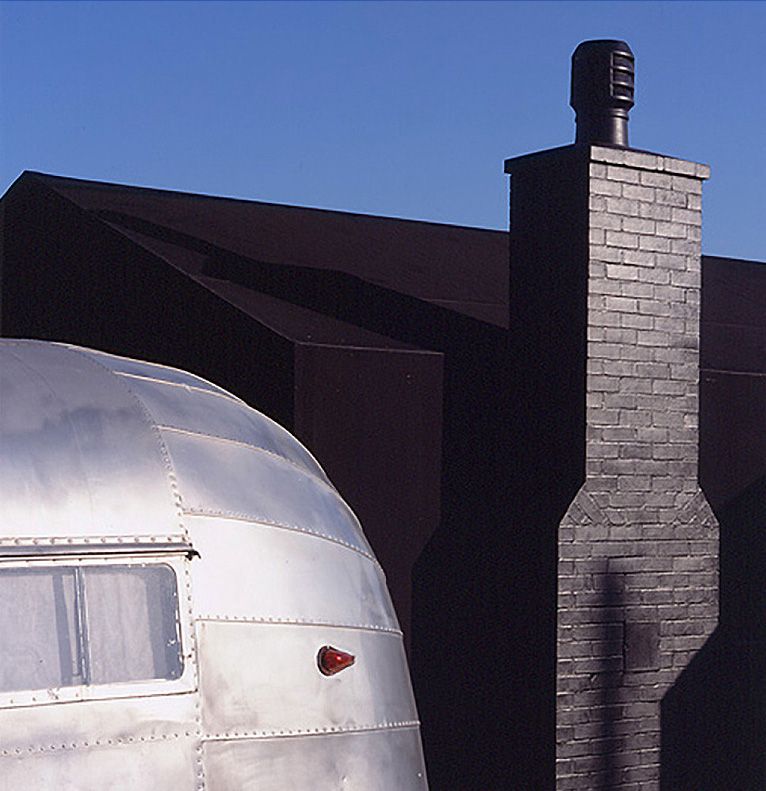 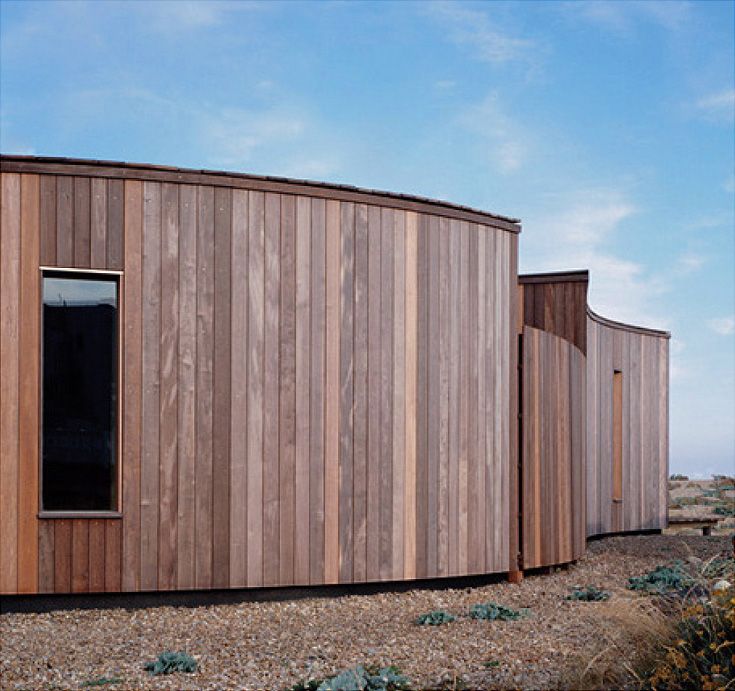 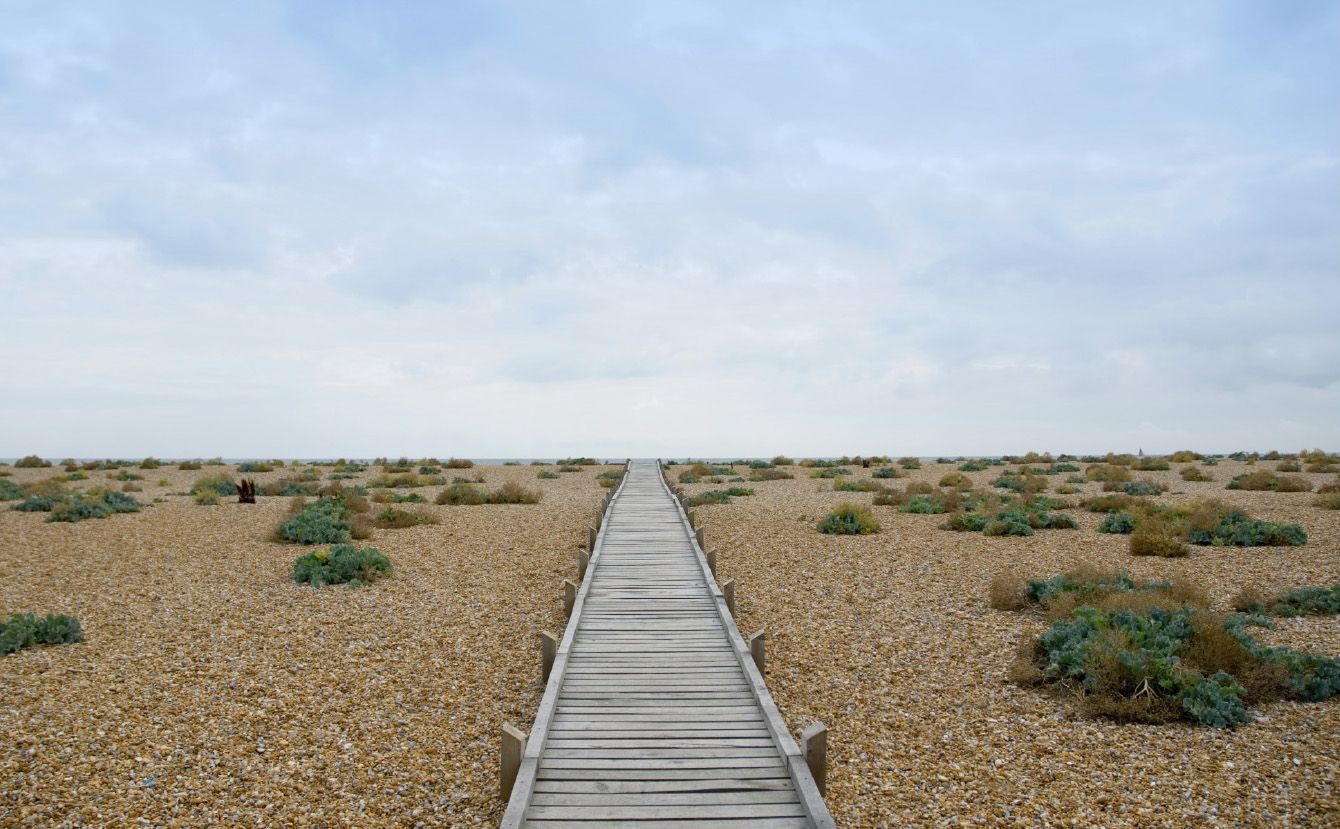 Paris, Texas by the sea.

Upstairs at the Shingle House.