Like getting the Staten Island Ferry in New York, nearly every tourist with the financial resources takes a helicopter around Christ the Redeemer in Rio when they visit. When they do, there’s every chance that their curiosity will be piqued when they chopper over one of the stranger buildings of Centro. The Metropolitan Cathedral of Saint Sebastian – better known locally as Rio de Janeiro Cathedral – looks like it landed in the business district from outer space. The blackened concrete structure looks like an aggressively industrial outhouse, frivolously reminiscent of a Mayan pyramid, but conical in shape (to signify, apparently, “equidistance and proximity of the people in relation to God”). It is as magnificent as it is unique. And while Niemeyer’s cathedral in Brasilia is celestial, white and blue, Edgar Fonseca’s Modernist landmark in Rio has something of the night about it. The scale and silhouette suggests ancient civilisations, while the weathered exterior hints at something which might be abandoned. Walking inside reveals something else entirely.

Once within the cone-shape structure, your attention is drawn by a grid of tiny square windows that soar up and inwards. It is reminiscent of the tiers of the Senate building in the more recent Star Wars movies and has all the drama that a space opera would suggest. The bleak grey of the grid pattern contrasts strongly – and again with a science fiction quality – to the almost absurdly saturated colours of the stained-glass element. The floor space is filled with curved lines of pews. This is an immense space. It can hold 20,000 people if they are standing, and while it is tomb-like and sepulchral, the reds in the glass (one whole side of the space is devoted to the primary colour – inspired by the sufferings of Christ) make it feel warm, alive and dramatic.

Rio de Janeiro Cathedral took 12 years to build and opened in 1976. The late 1960s was a time of complex social and cultural revolution for Brazil, and architecture was one of the most visible aspects of that tremendous change. There are Modernist churches and chapels around the world, but few on this scale. While it is the sole significant work by its architect in existence – what a work it is.

Fonseca clearly took inspiration from Le Corbusier, who enjoyed a long dialogue with Brazil through his relationship with Niemeyer and his repeated visits from the late 1920s onwards. Corbusier’s final major project was his church at Firminy, left unfinished when he died in 1965. The structure is conical, but more than that, it is inspired by Rio’s Sugar Loaf Mountain, which Corbusier returned to time and time again in his sketch books as a kind of totem of natural magic. The Firminy project took from Sugar Loaf, and Fonseca took from Firminy, bringing Le Corbusier’s inspiration full circle and back to its home town. Such is the ongoing dialogue of global architecture. 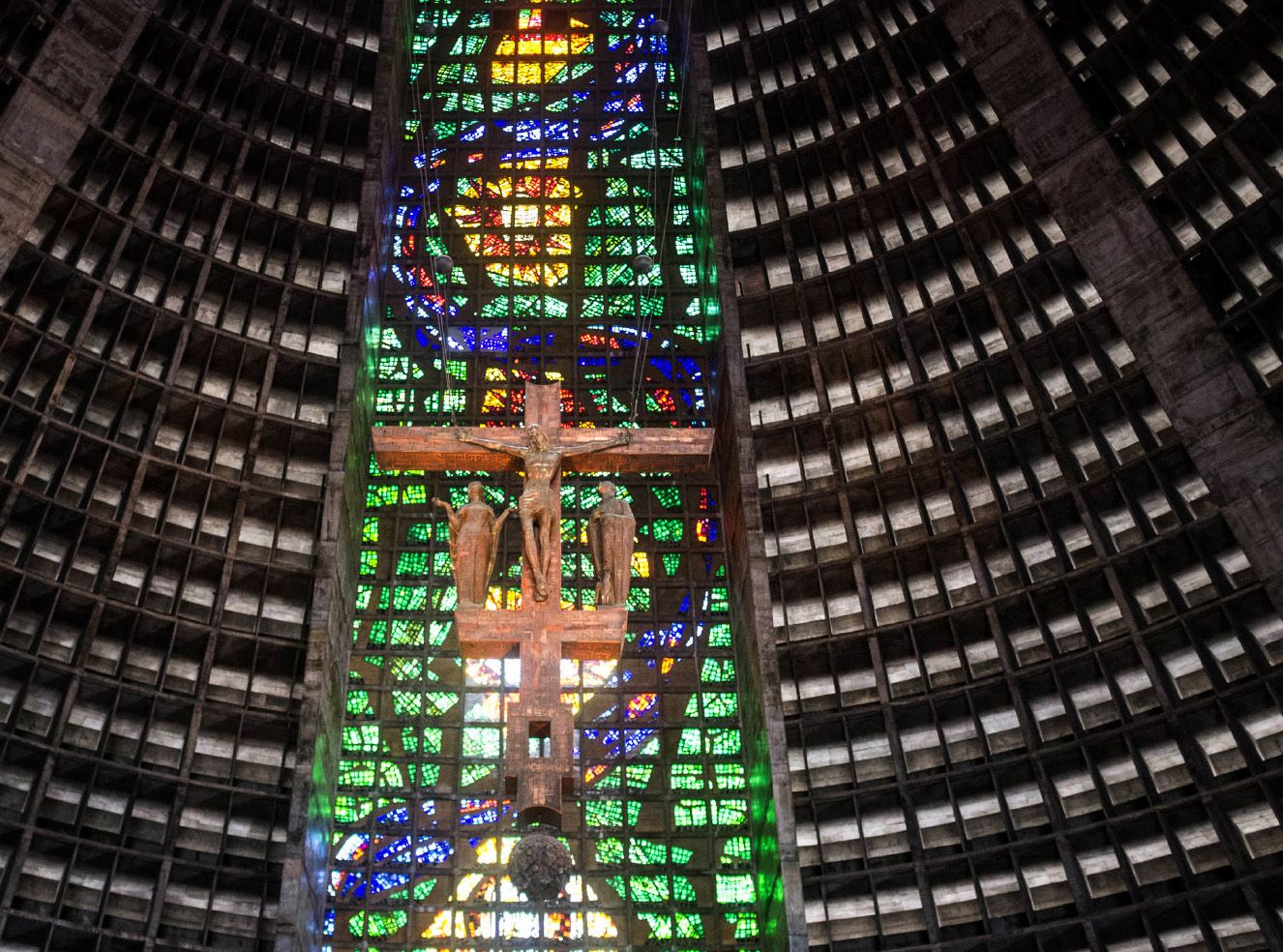 Equidistance and proximity of the people in relation to God. 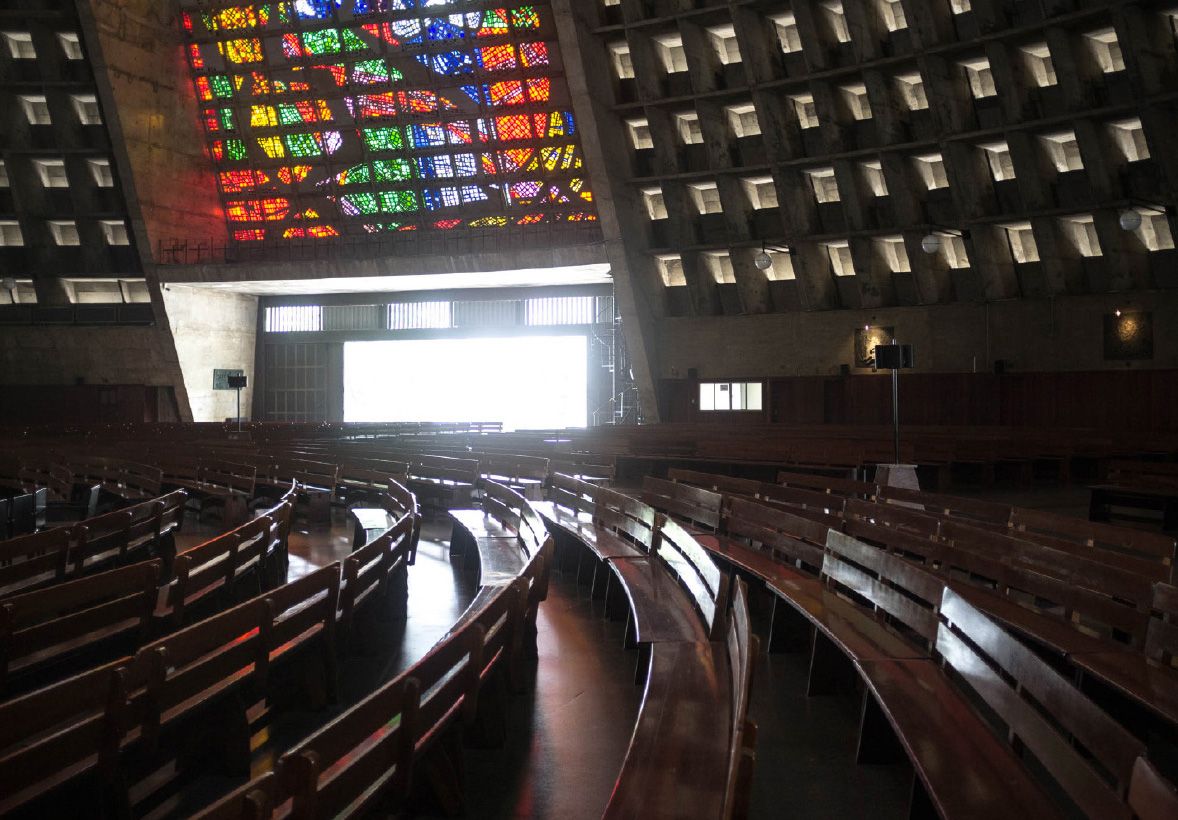 Up to 20,000 worshippers fit inside, sitting.and standing. 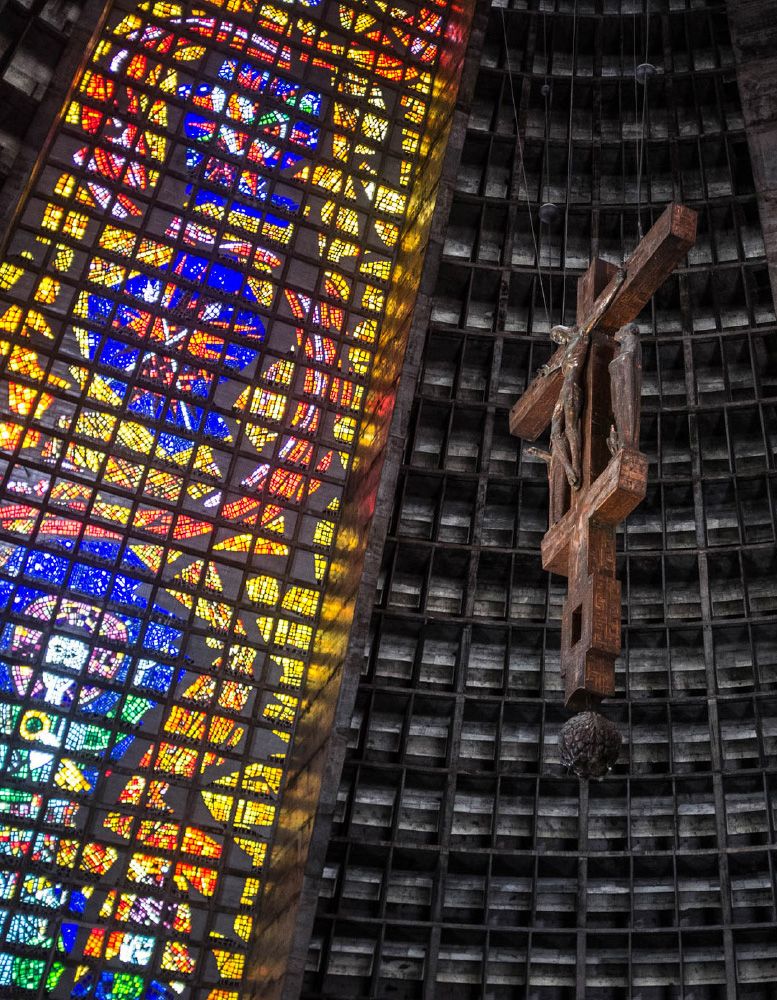 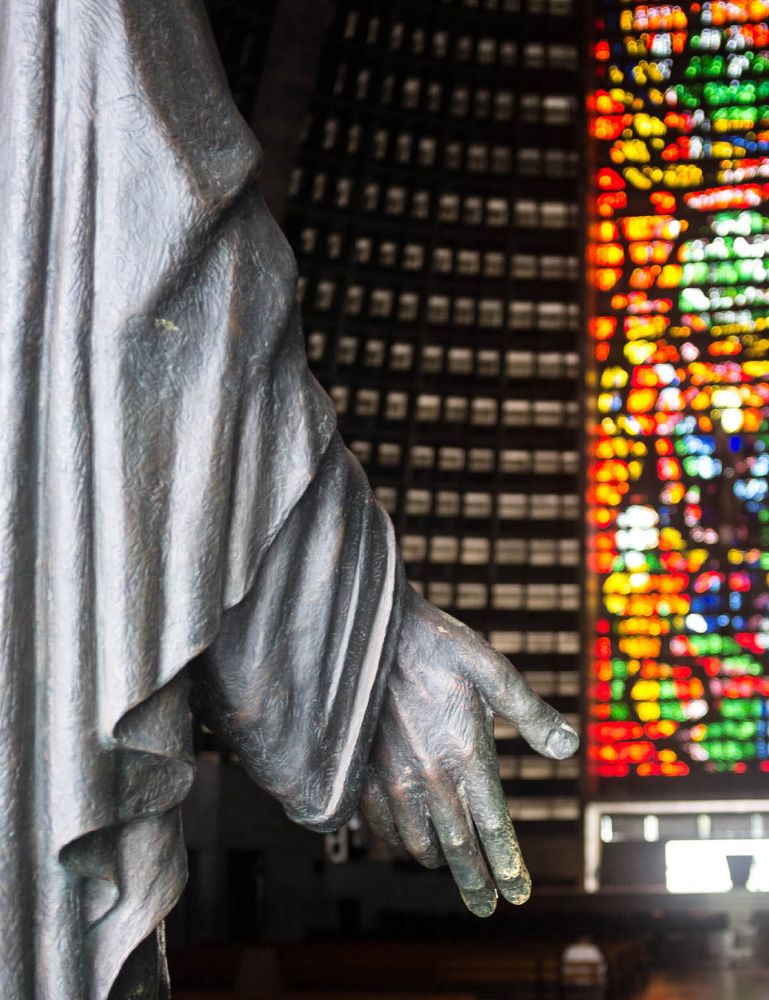 A Modernist Cathedral on a grand scale. 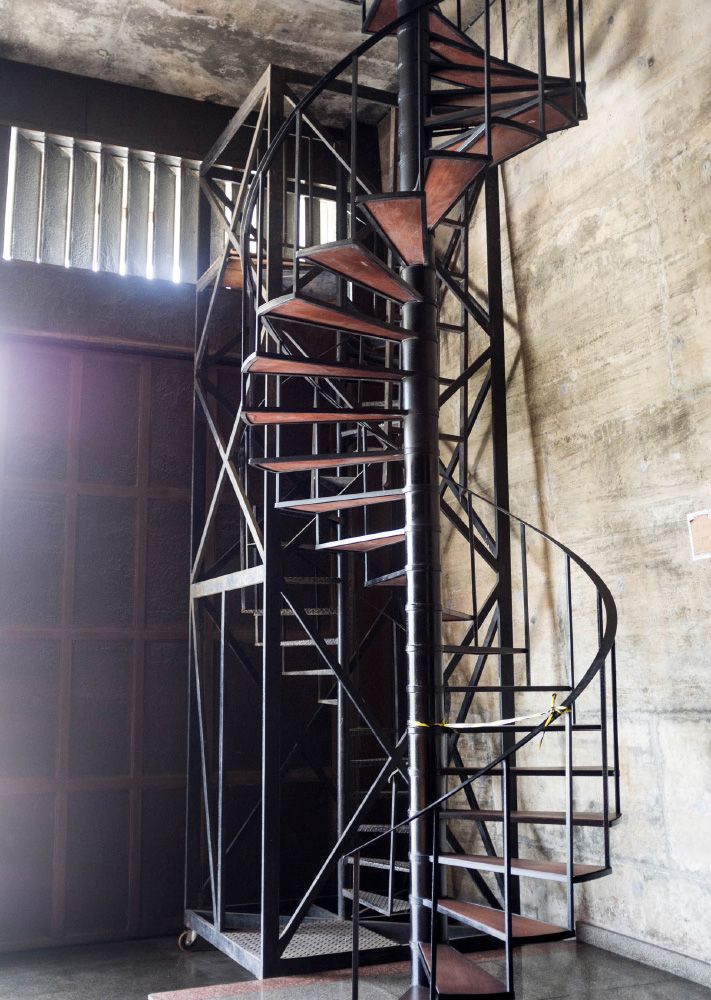 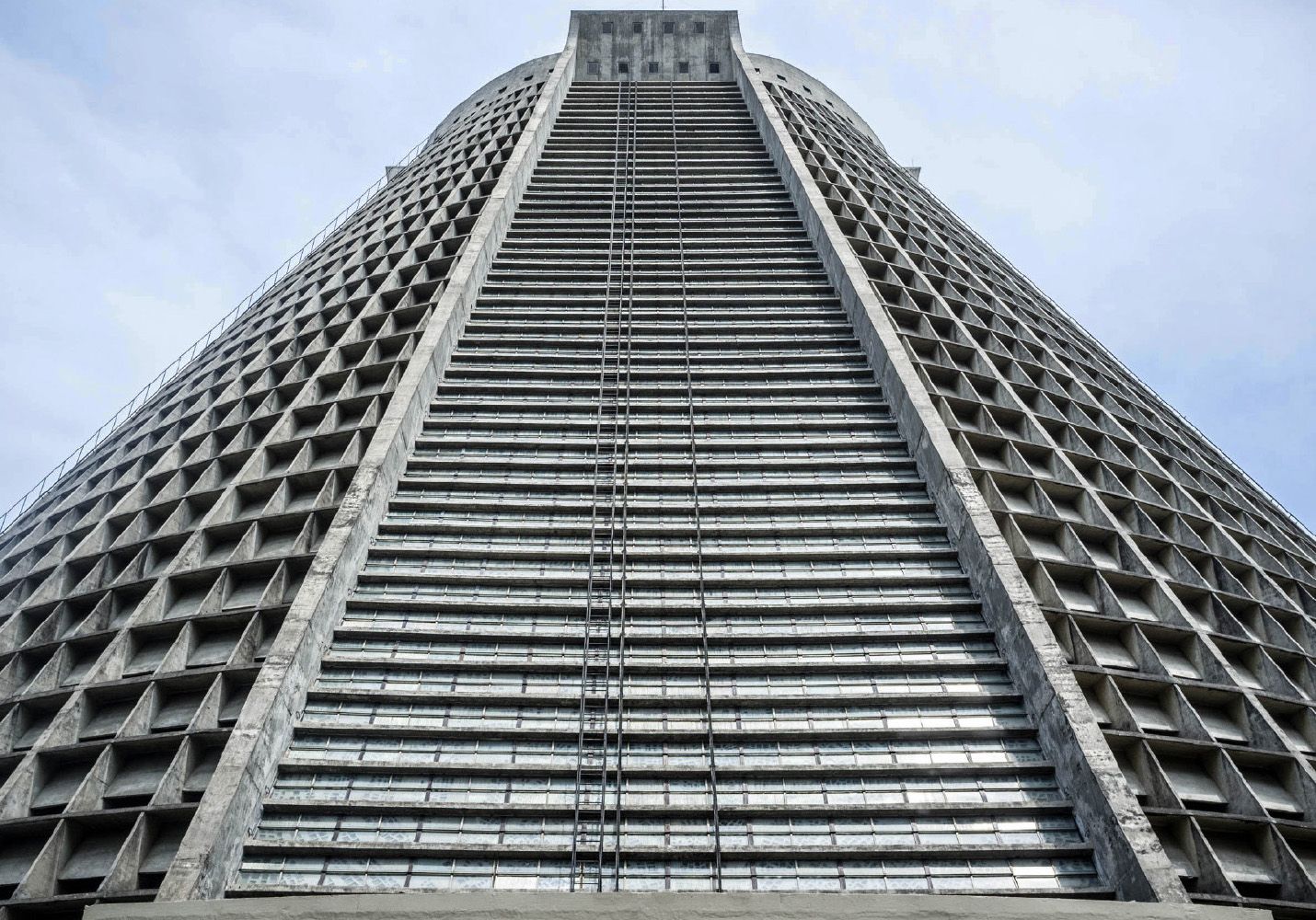 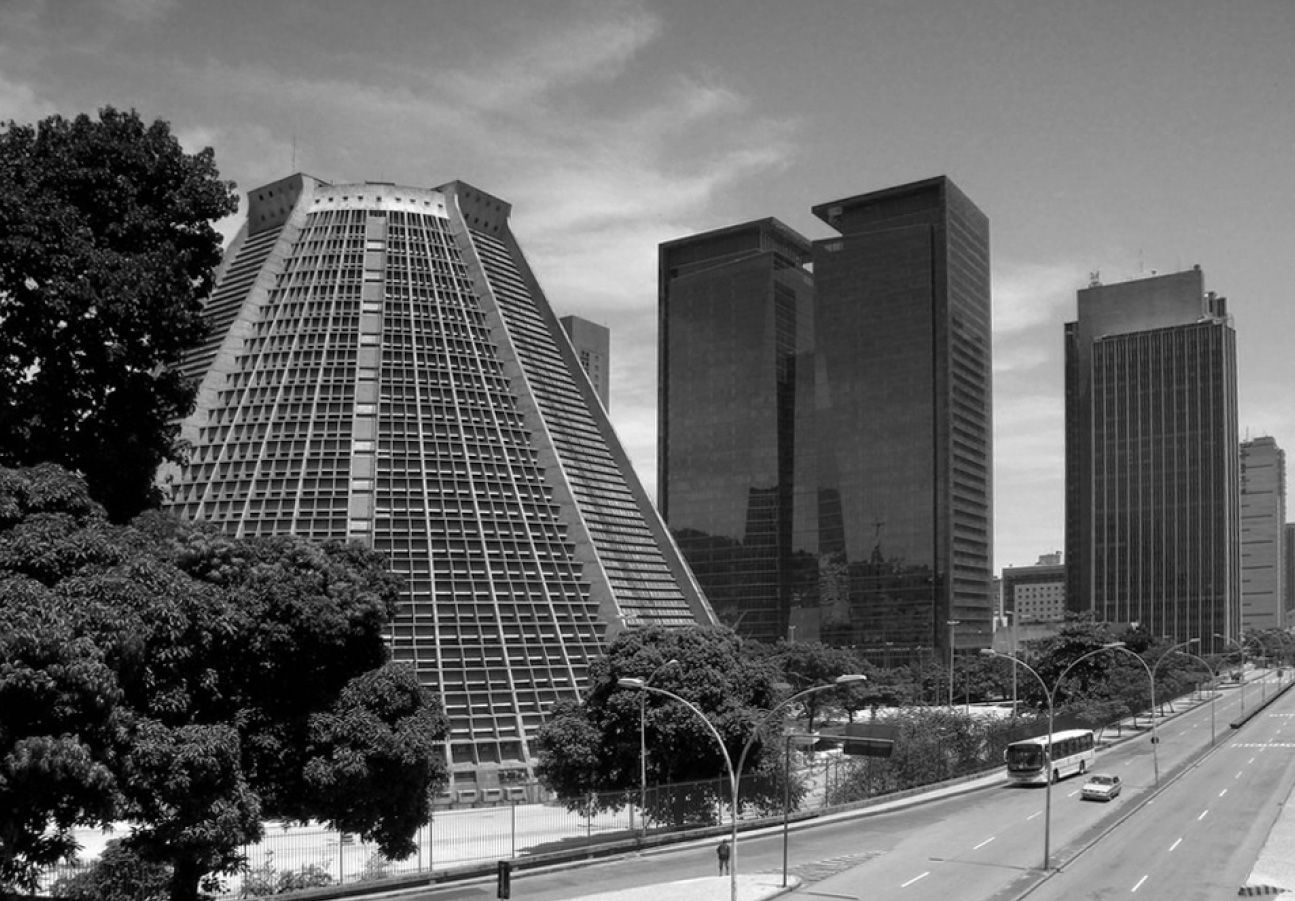 While the structre is tomb-like and sepulchral, the colored glass makes it feel warm, alive and dramatic.