THE FURNITURE OF PIERRE JEANNERET

Pierre Jeanneret’s furniture for the planned city of Chandigarh in India continues to intrigue today.

It’s incredible to consider today, but there was a time – not so long ago – when you could pick up a 1950s Jeanneret chair for next to nothing. To say they were undervalued is an extreme understatement. They were piled high, abandoned and rotting in Chandigarh, the purpose-built capital of Punjab and Haryana that had been constructed in the middle of the last century according to a masterplan by Le Corbusier on land at the foothills of the Shivalik hill ranges in northern India. They had been an integral detail of the concept, but they wouldn’t be appreciated properly until the next century. Today, an individual piece changes hands for upwards of $5,000 at auction.

The story of Chandigarh is well-documented, including Corbusier’s troubled relationship with Indian bureaucrats during the project, and the subsequent decline of the city. One of the most interesting aspects of its history is the involvement of Le Corbusier’s cousin, Pierre Jeanneret, who worked closely on the execution of plans after Le Corbusier detached himself from the project, and who also designed most of the furniture that would fill the key institutions of the Capital Complex. The teak and upholstered armchairs that Jeanneret created are visually striking – particularly the V-shaped legs that meet with a cross-bar style arm at the top (a motif first explored in Jeanneret’s Scissor chair design for Knoll) – but these are functional modernist classics rather than rarefied pieces of design. They were relatively simple to create, using native humidity and insect-resistant wood, and were created in their thousands by local carpenters to seat employees at the various institutions of Sector 1. They are handsome and sturdy, shaped in an appealing, muscular vernacular, finished in either leather or with cane panels. 70 years later, they are a favorite furnishing flourish for Joseph Dirand, appearing in Architectural Digest in Kourtney Kardashian’s home in California and are omnipresent on 1stdibs.

Few of the employers of Sector 1 had any idea what they were sitting on. As the chairs became weathered from use, they joined growing scrapheaps and were either destroyed or ended up in in junkyards. Much of it was used for firewood. But it was when it was discarded that it enjoyed a second act. In 2002, you could buy a Jeanneret-designed wooden drawing table for just over 20 cents at auction in India. In 2008, an illuminated library table sold for $301,000 through Phillips auction house. Treasures from Chandigarh continue to create auction fever whenever they come up for sale. In 2018, a pair of unrestored, nay battered, Committee Armchairs sold for $8,750 at auction at Toomey & Co, while a pair of restored pieces with new upholstery went under the hammer for $11,250.

If you run an image search in your web browser for Jeanneret’s Chandigarh furniture, image upon image appears of piles of junked chairs, split and rotting in fields. It was only when European dealers heard about the abandoned treasure at the start of the 21st century, and realized they could take advantage of Indian export laws that classify only objects over 100 years old as ‘antique’, that they started to make their way to Paris and the U.S., to be restored and recontextualised. They are now as much of a modernist status symbol as early Prouvé or a vintage Gio Ponti Superleggera. It is poignant that they weren’t appreciated for what they were in Chandigarh, but their story back home hasn’t quite finished. Over the last decade, the local authorities have held on to the remaining furniture, and set prisoners in the local jails the task of restoring it. Finally, Jeanneret’s work is being appreciated by the people it was intended to benefit most. 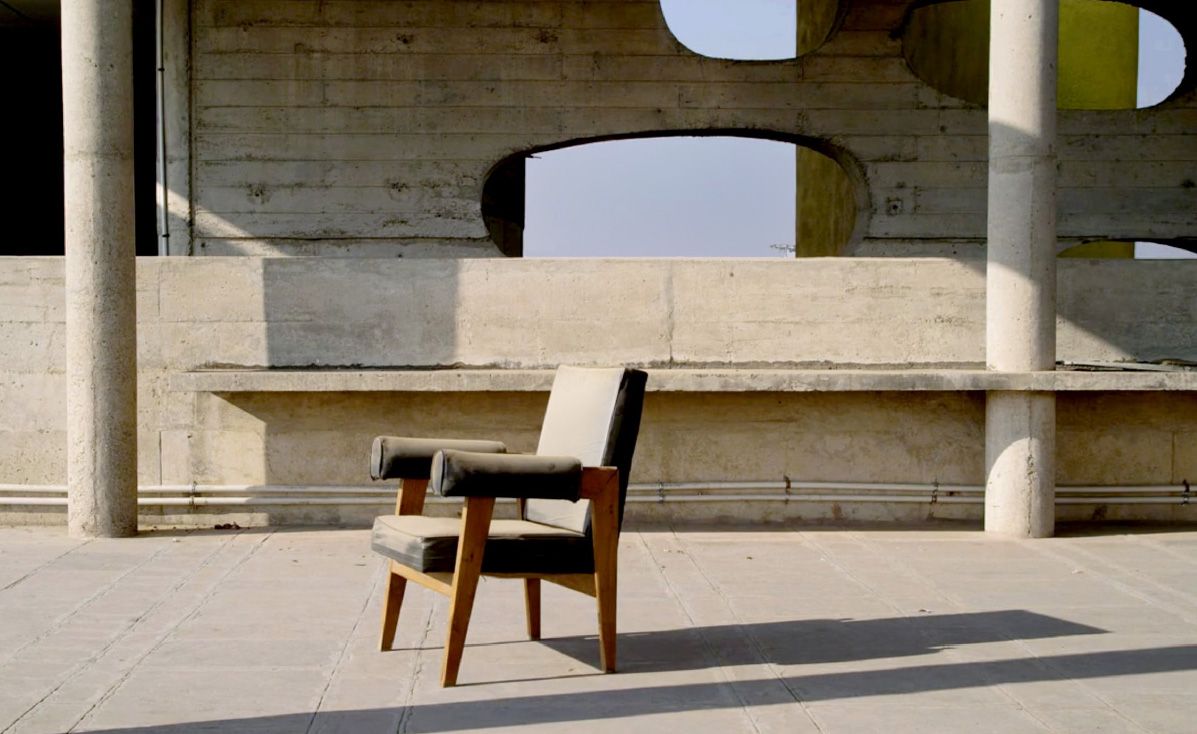 Armchair on the rooftop of the Secretariat building. 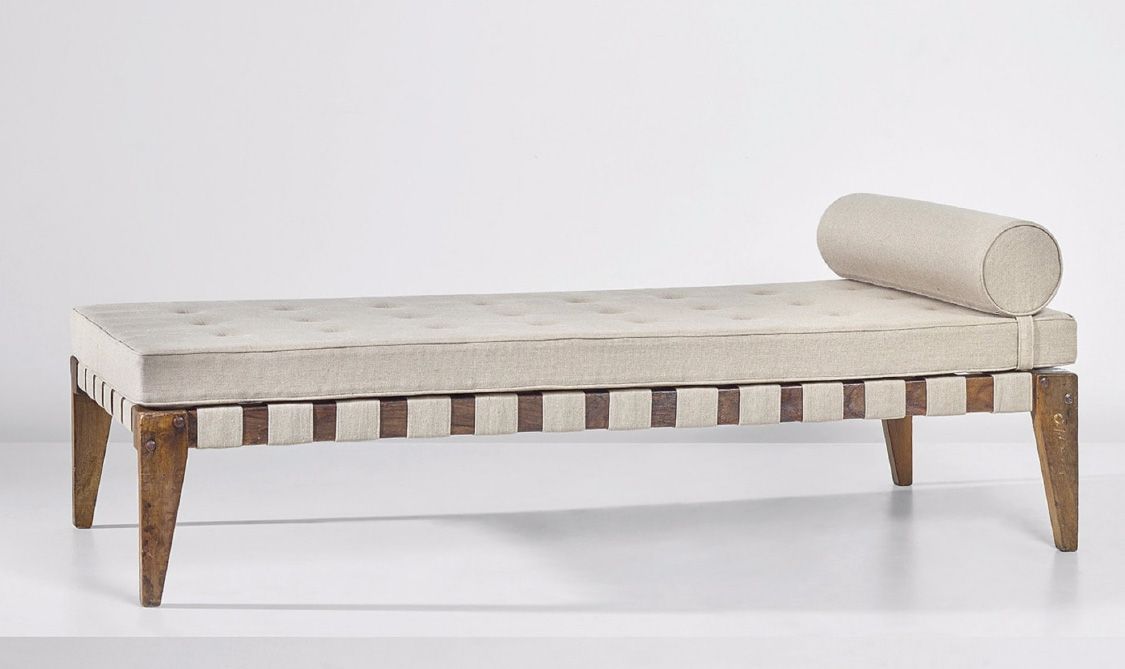 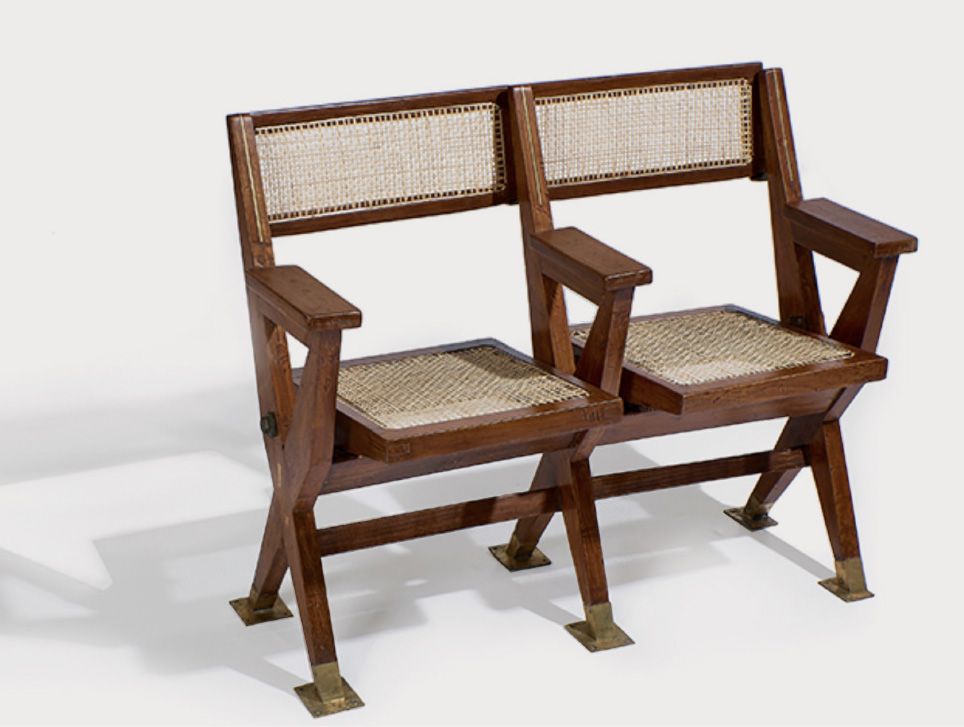 Theater benches from the Tagore Theatre. 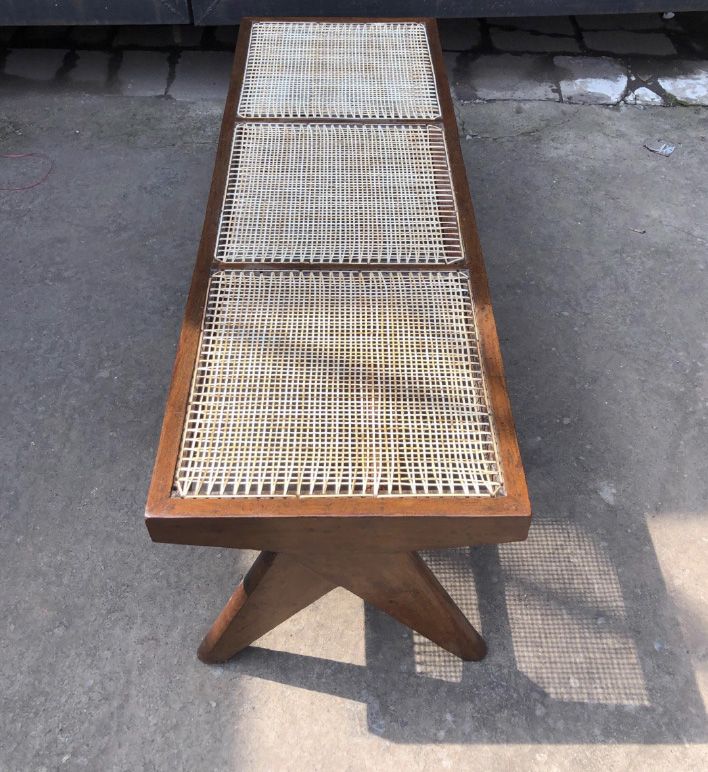 Bench from the Administrative Building. 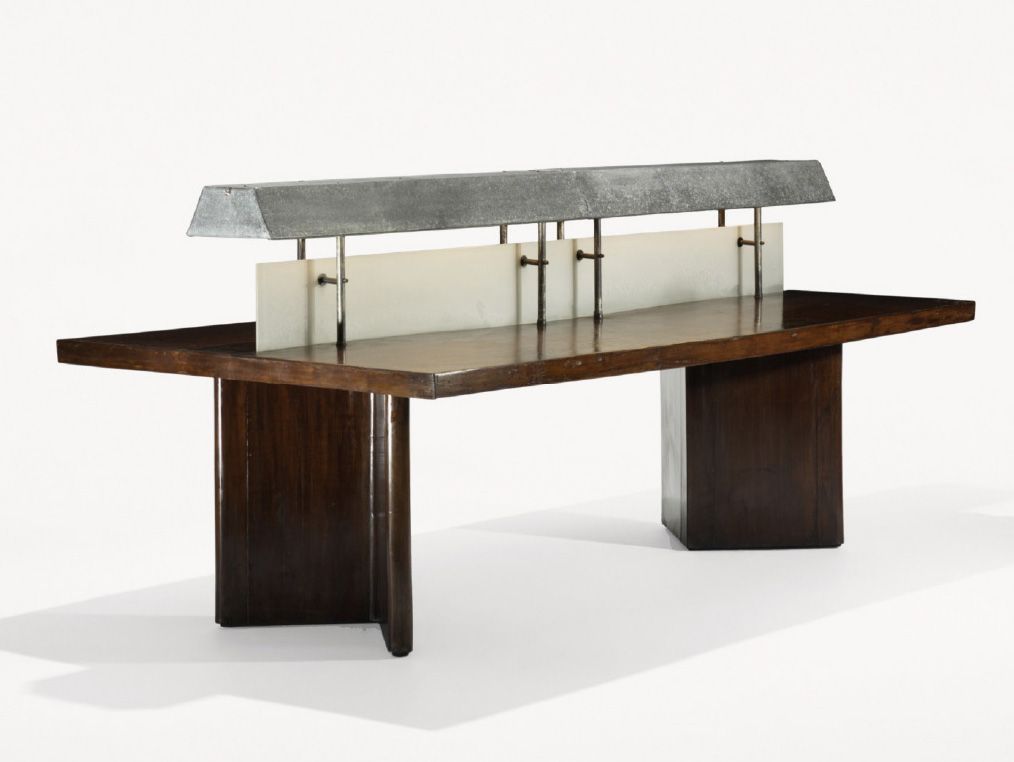 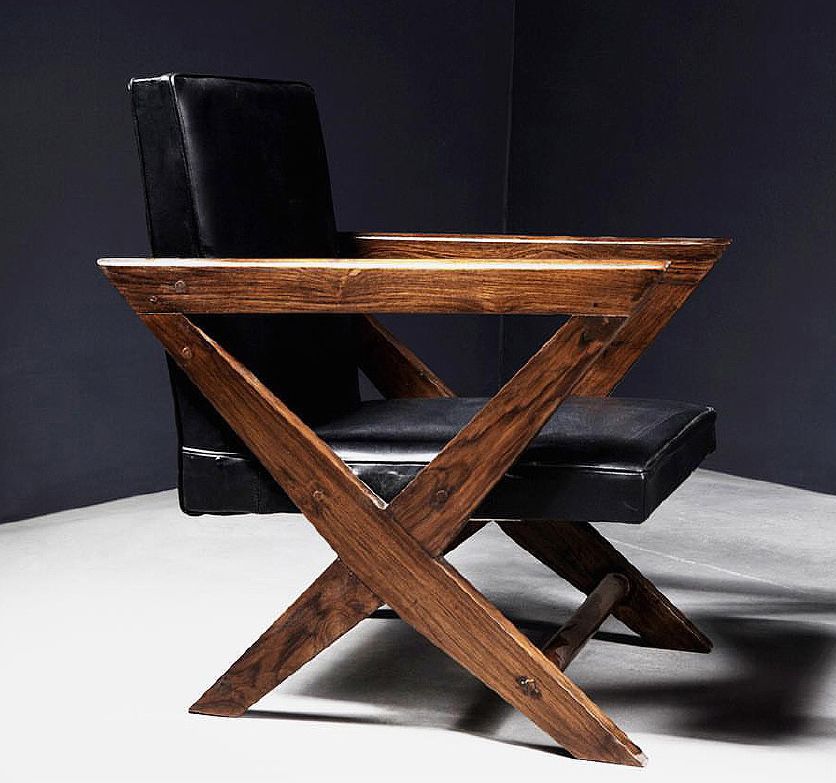 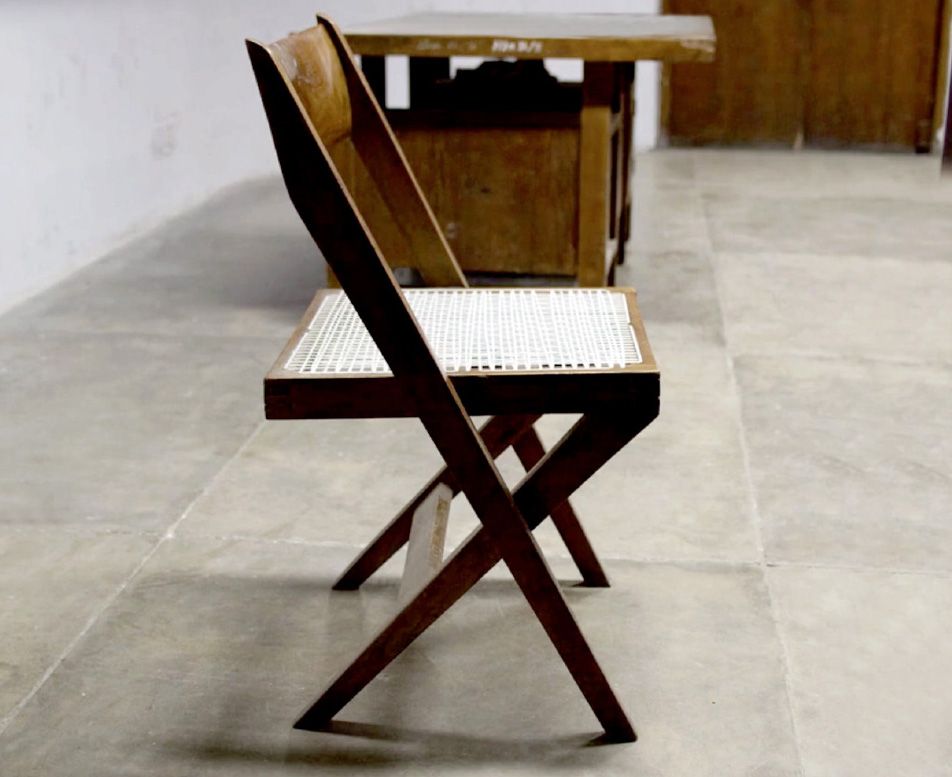 Cantilever chair from the Secreteriat. 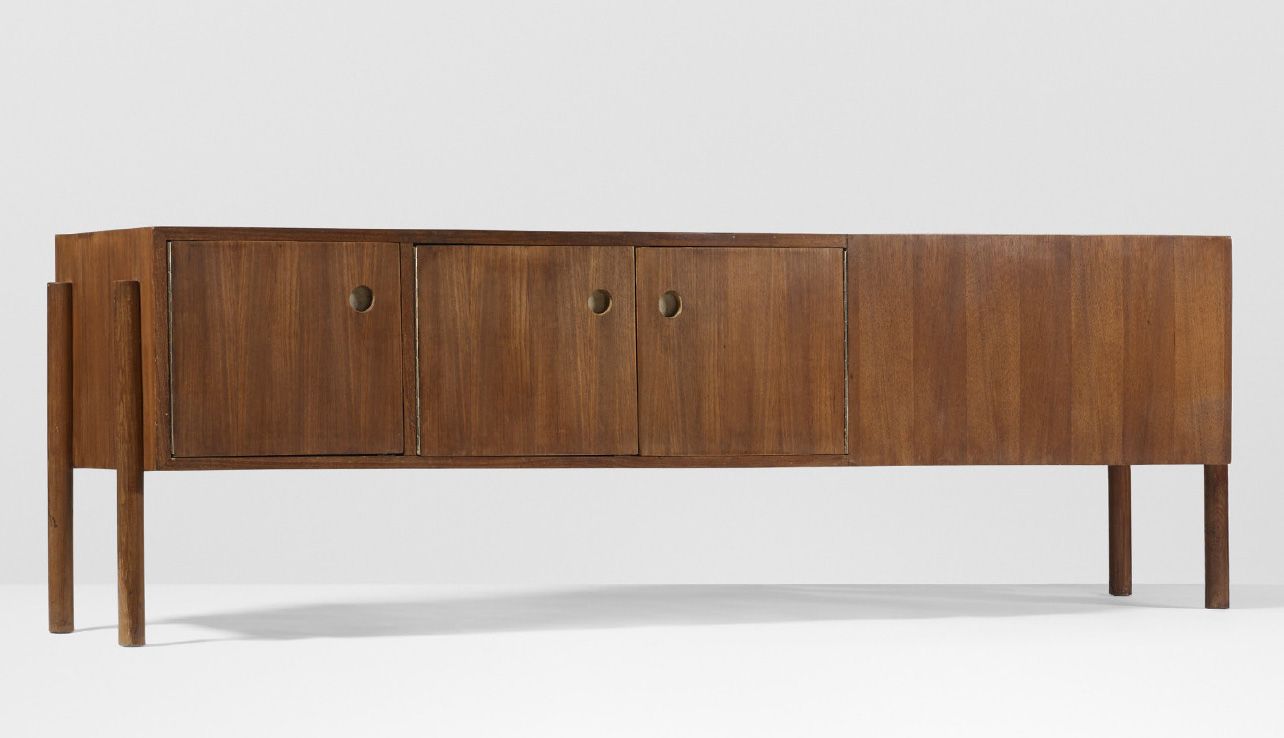 Cabinet from the High Court. 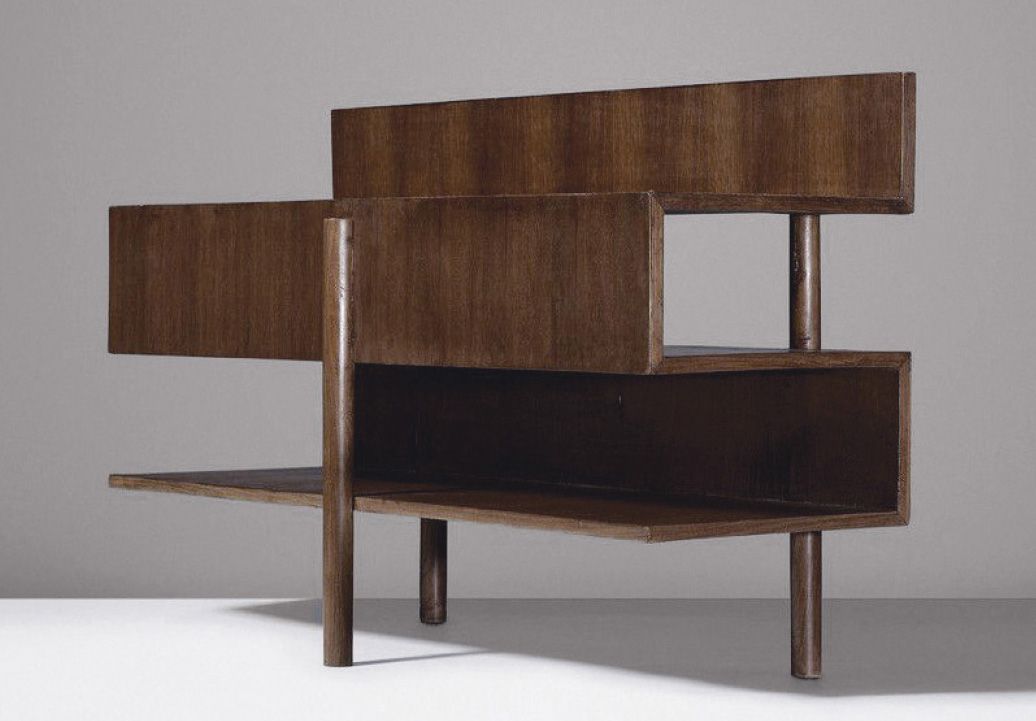 Bookshelf from the High Court. 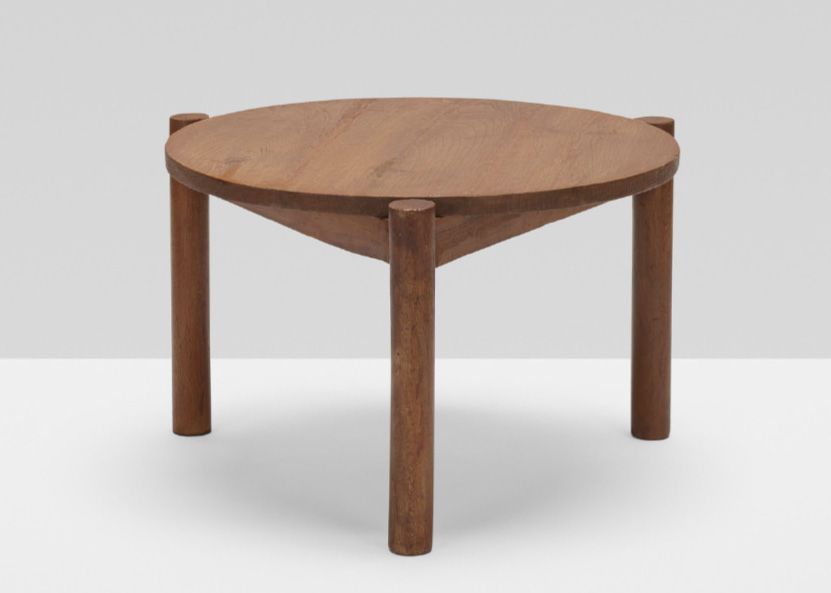 Coffee table from the PGI Hospital. 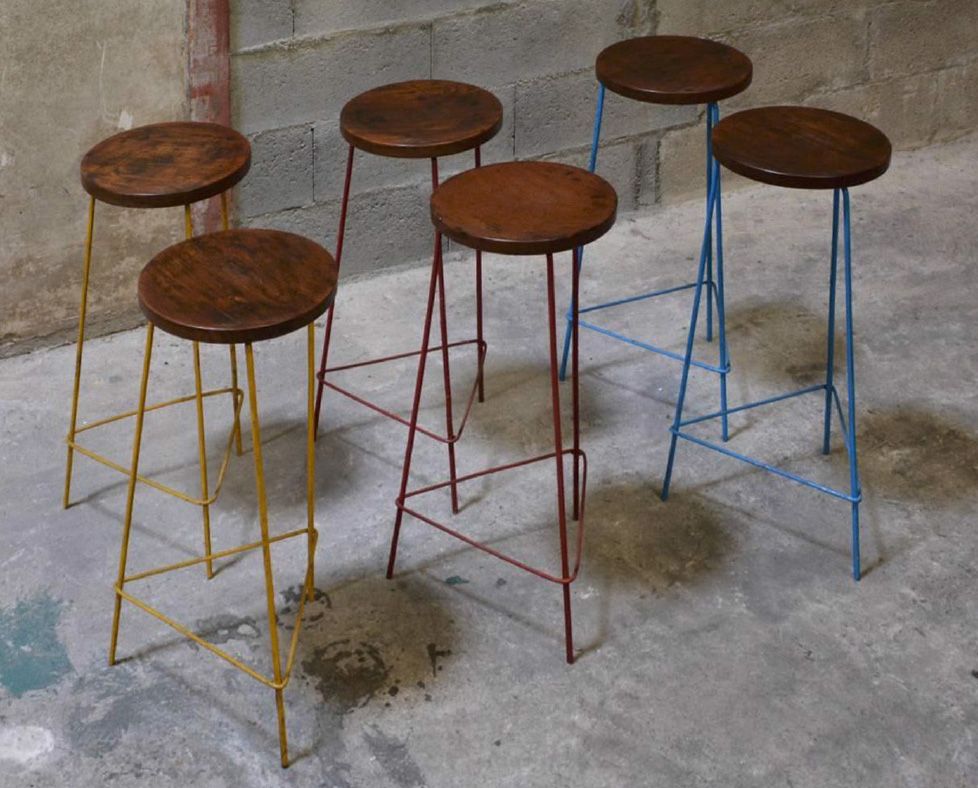 Stools from the College of Architecture. 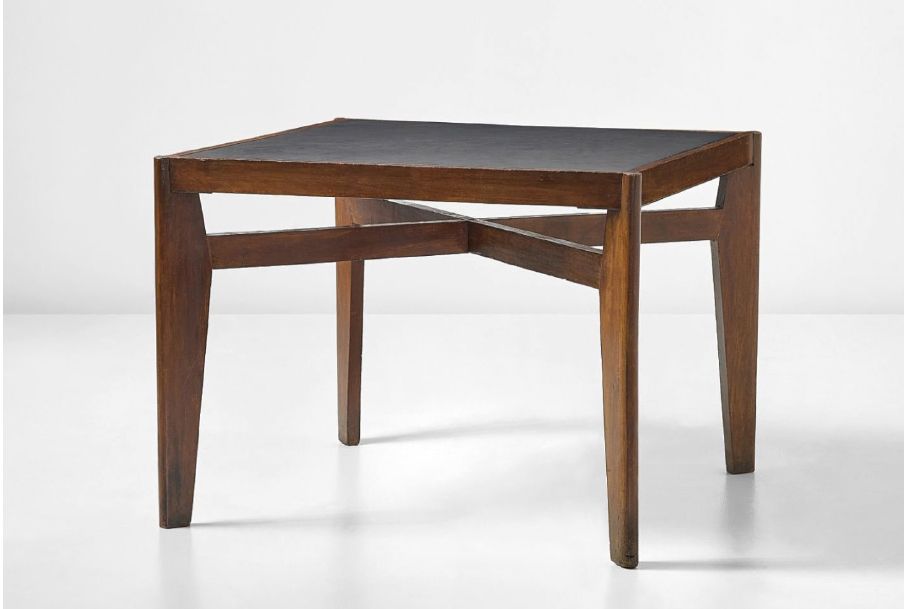 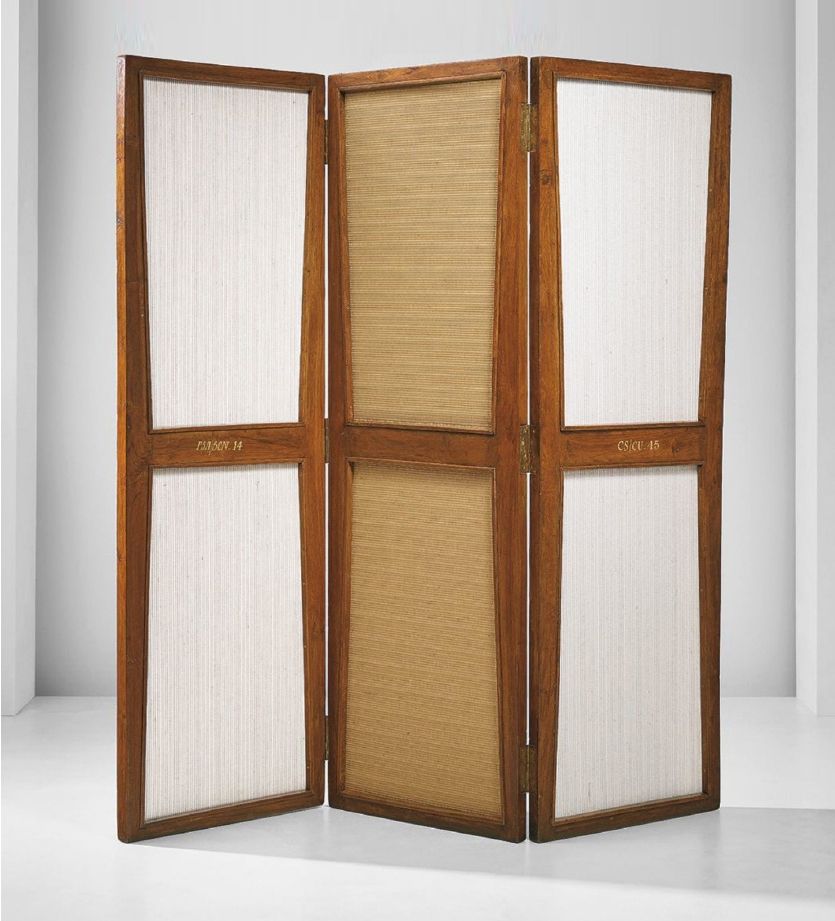 Folding screens were utilized in several buildings throughout the City Complex. 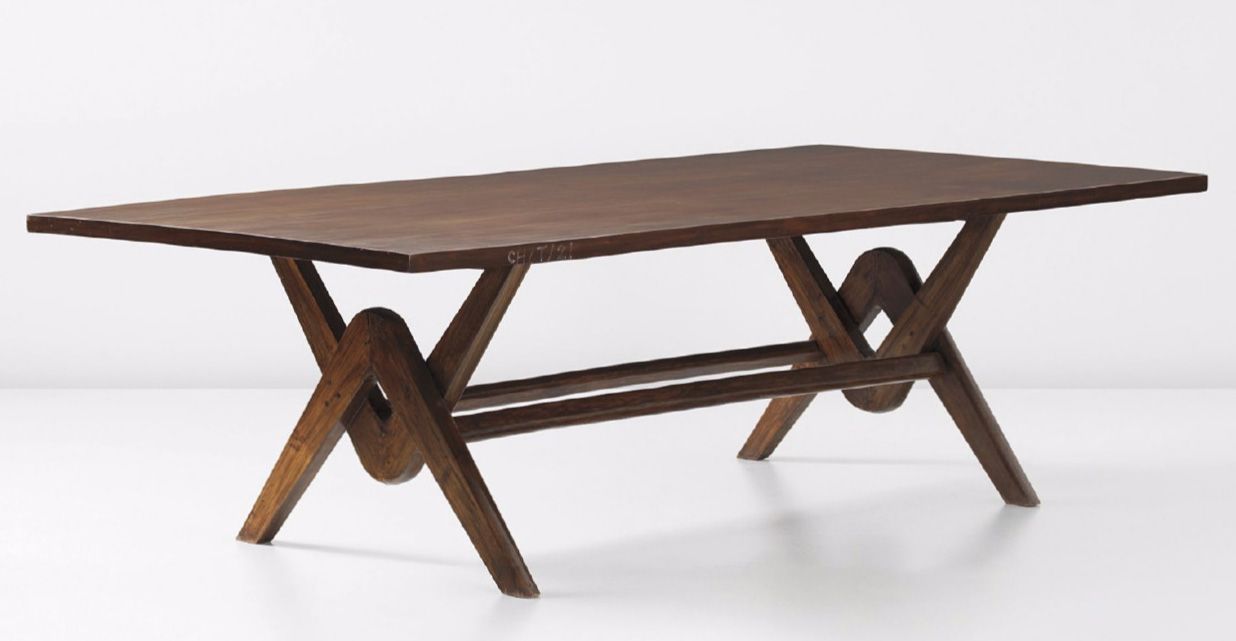 Committee table from the Assembly. 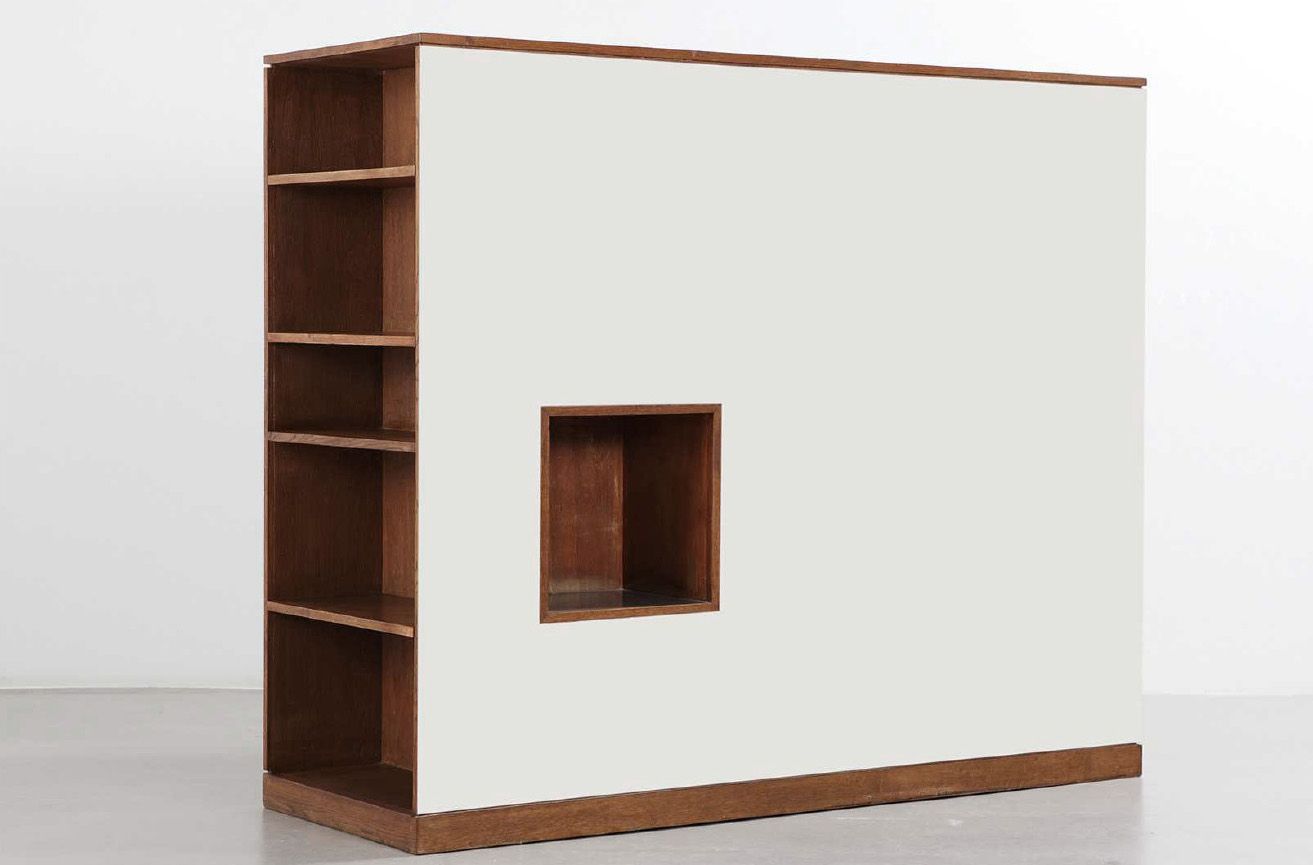 Bookshelf and display unit from the High Court. 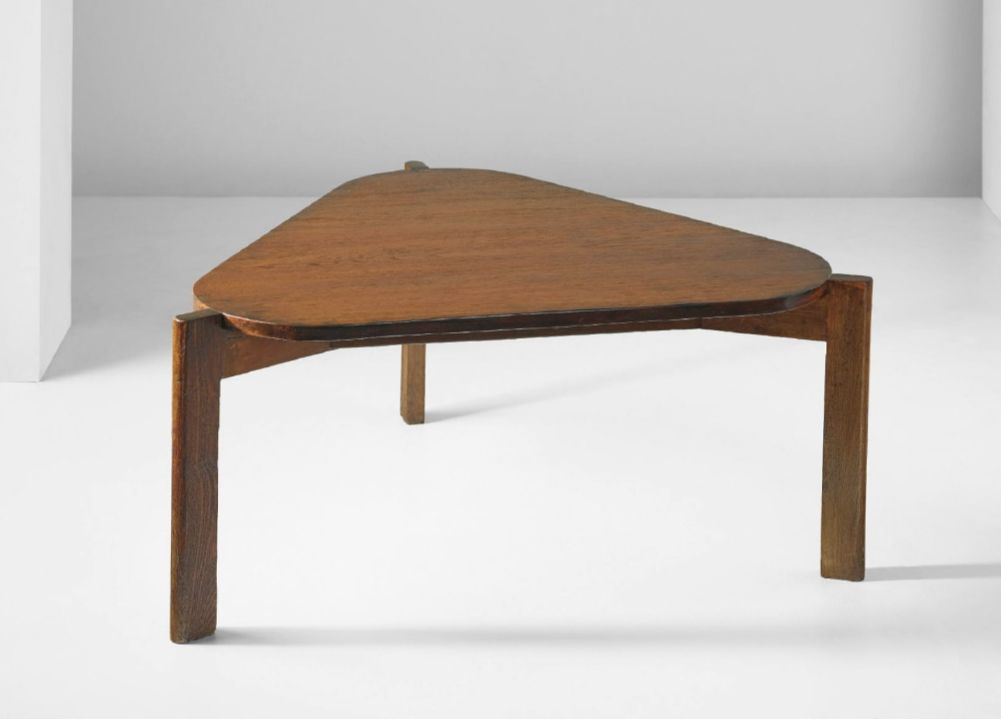 Large coffee table from the Assembly. 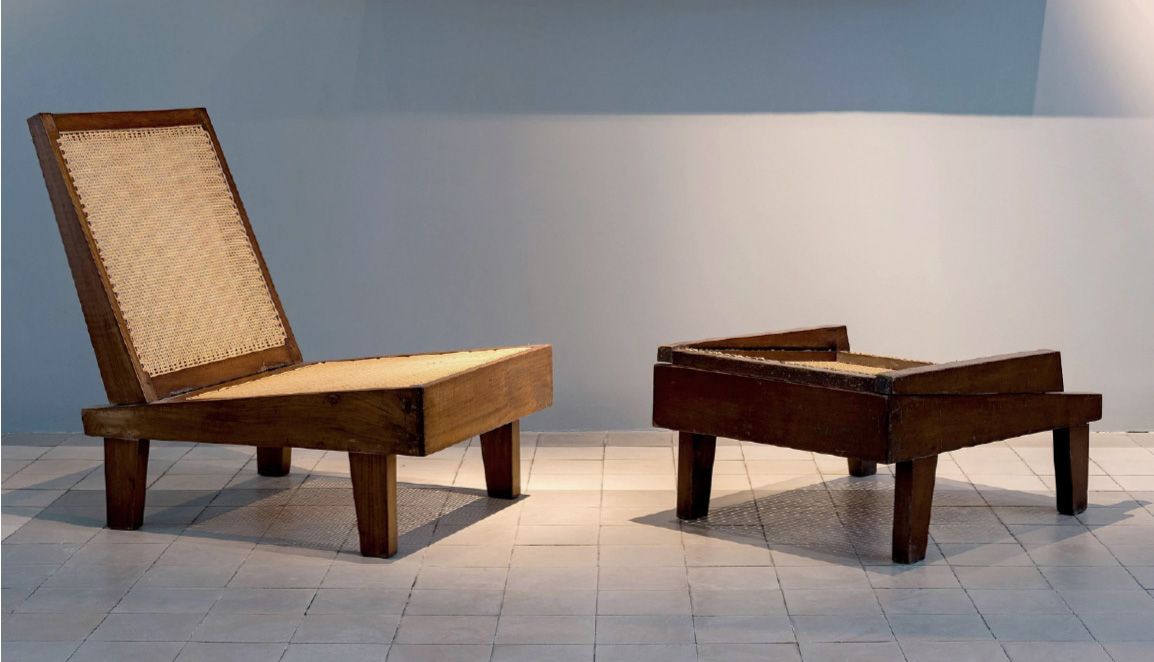 Foldable low chair designed for a private residence. Chair folded on the right. 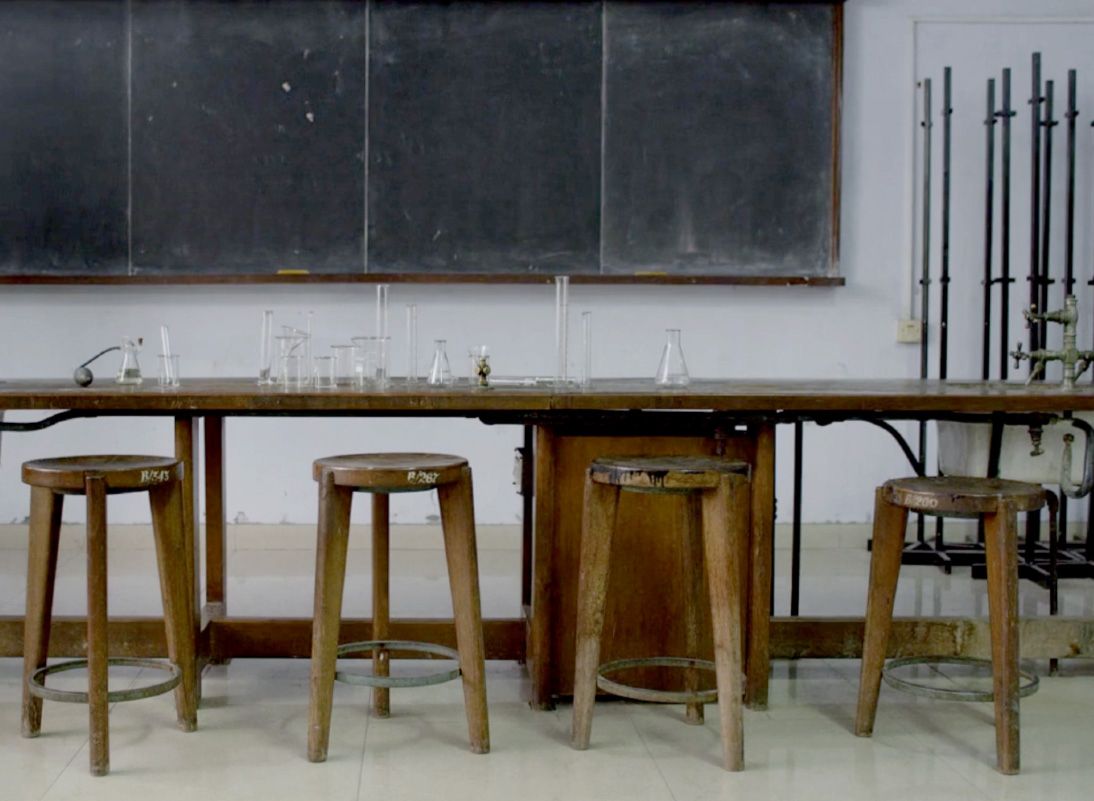 Stools from the P.U. Scientific Block. 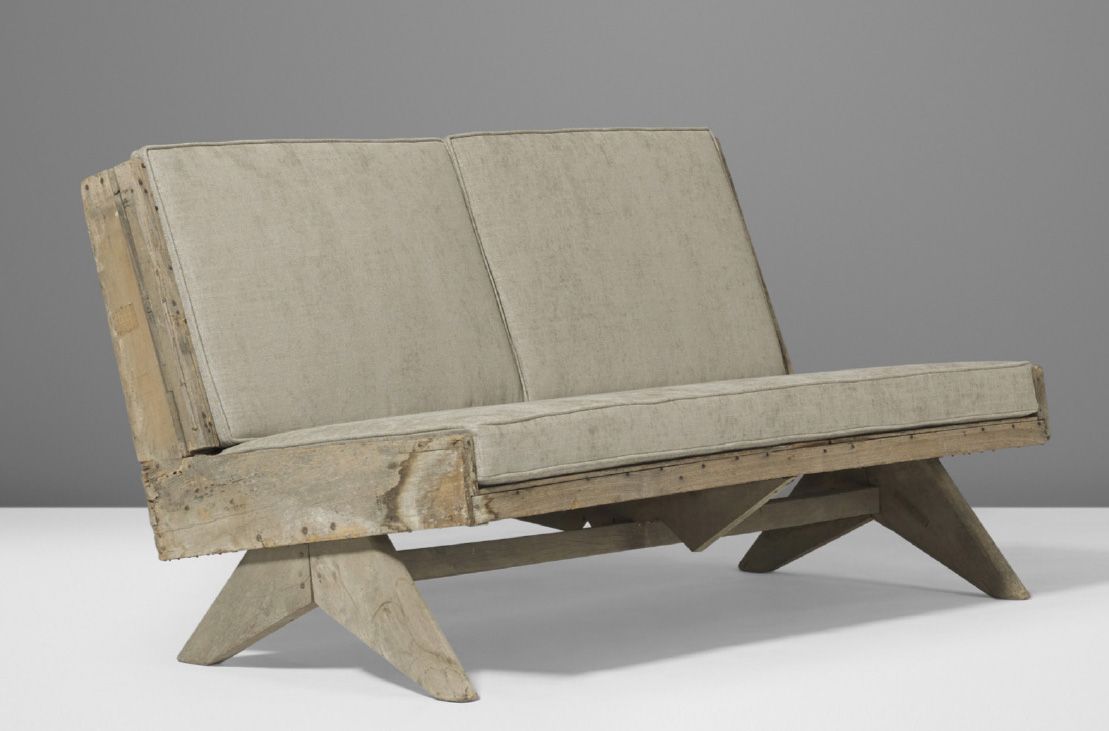 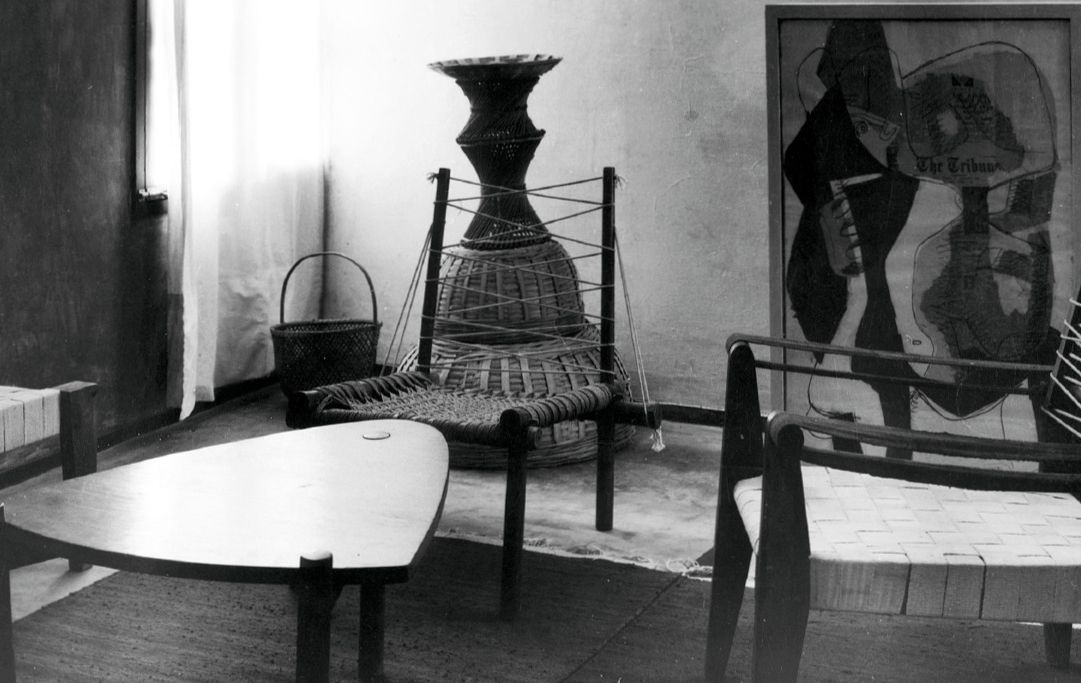 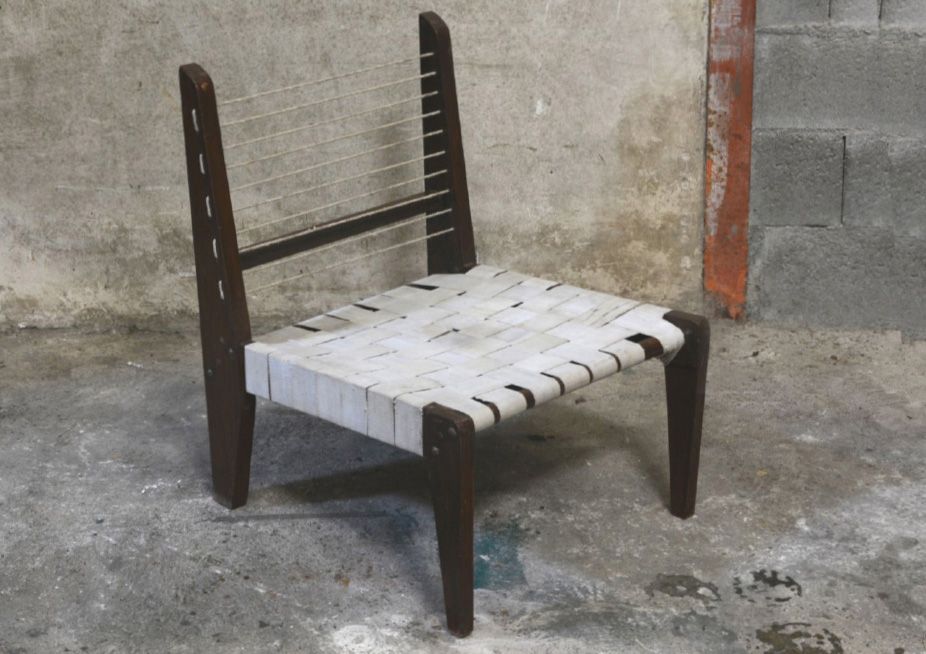 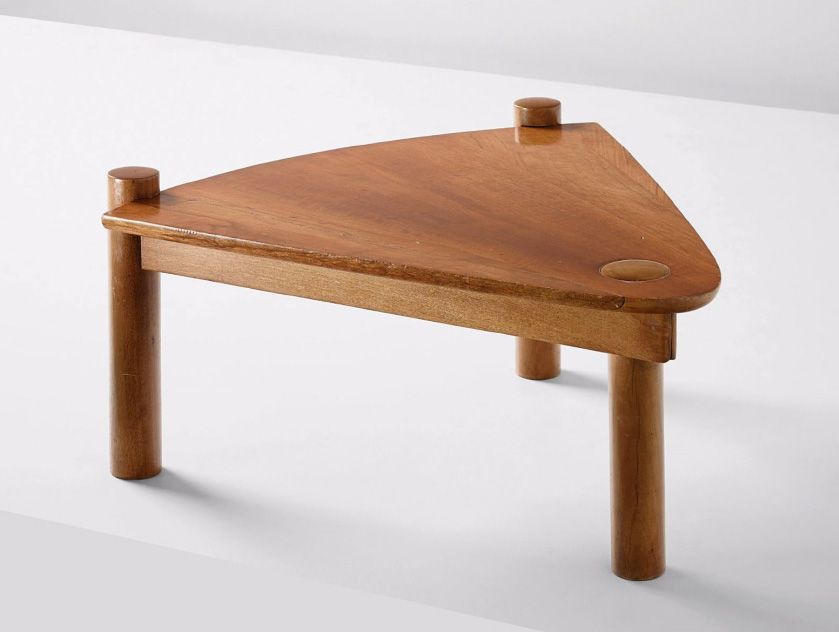 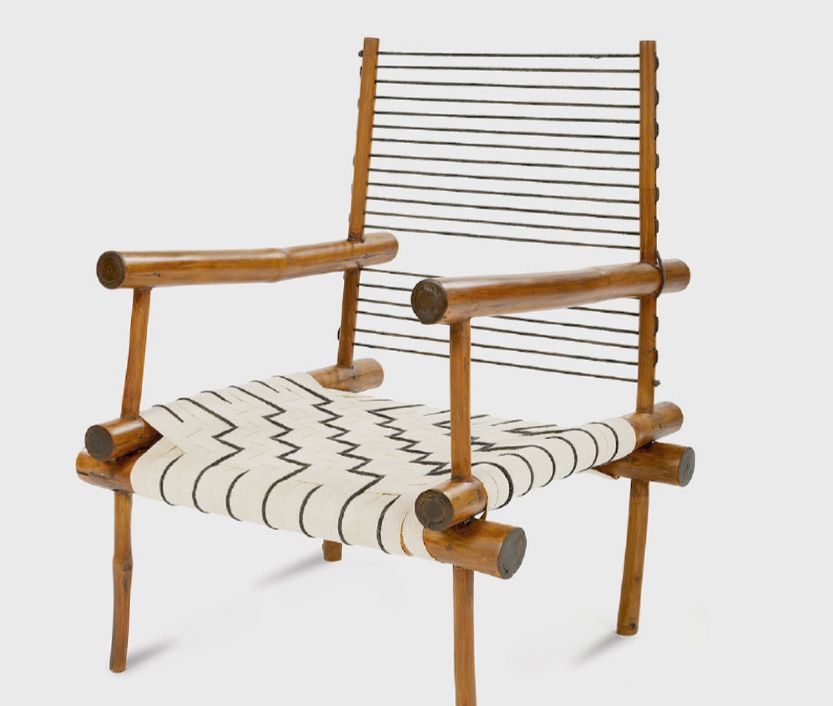 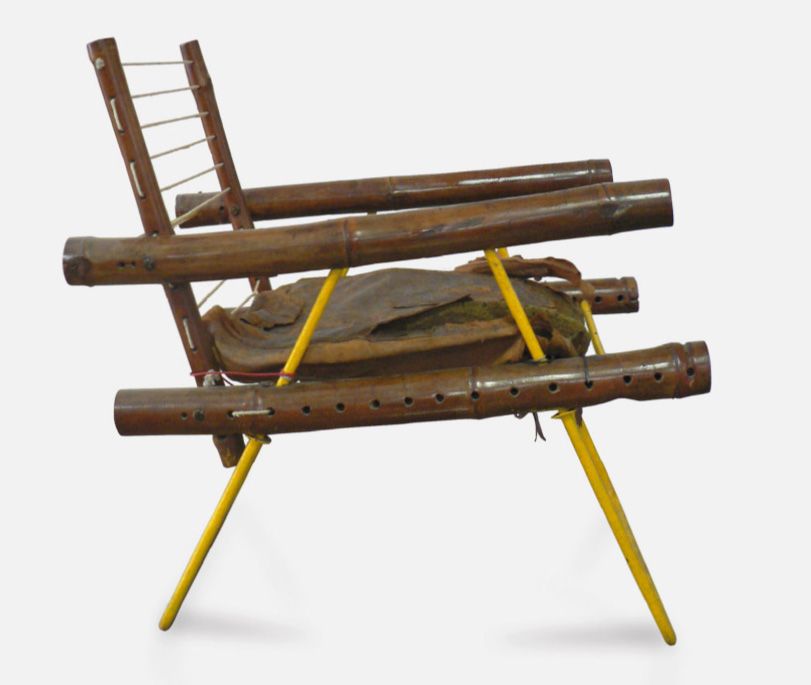 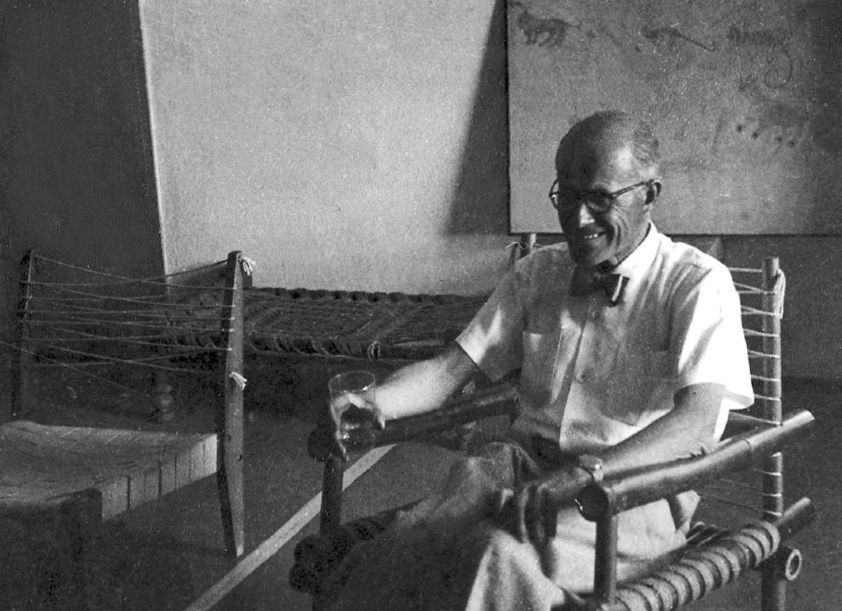 LEAD IMAGE
The teak armchairs that Jeanneret created are visually striking – particularly the V-shaped legs that meet with a cross-bar style arm at the top – but these are functional modernist classics rather than rarefied pieces of design.