The BassamFellows Petal chair is the most advanced 3D molded wood veneer chair ever put into commercial production. It takes some of its inspiration from Saarinen’s Tulip chair, and also offers a dialogue with the history of the Eames experiments. “We want to make the best for the most for the least,” Charles Eames said, and along with how liberating the technology of 3D wood veneer is, the financial realities of it are also a considerable factor. The Petal chair is state of the art and environmentally friendly, but the industrial nature of the process behind it, and its economic use of materials, makes for a democratic price point.

It sits neatly alongside Jacobsen’s Series 7 Chair from Fritz Hansen in terms of function and aesthetic, but has a notably more expressive form. The super- shaped wood mimics the unfolding of flower petals, creating a comfortable ergonomic form.
The back is wider at its top to provide support, while rolled waterfalls of shaped wood soften the edges.

Nature frequently offers the perfect mood board for comfort in design – Saarinen’s Tulip offers a visual play on the flower of the same name, while the soft, smooth splaying of its fiberglass form creates something extremely satisfying to sit in. What can a chair offer, if not the physical pleasure of using it? Petal’s appeal is accentuated by the visual grain of the wood, which resembles the fine detail on a flower – the lines emanating outwards in the direction of a bloom.

It’s fitting that the Petal shell was developed in Grand Rapids, MI, at the same company that has been pressing the Eames’ molded plywood chairs for decades. It draws a line back to the 1940s, but also represents a significant development for 21st century design. 20 years ago, CNC carving was in its infancy. The ergonomic and organic BassamFellows Tractor stool – which debuted in 2001– was only made possible through use of that technology. Today, it is standard. The Petal is similarly ergonomic and organic-looking, but pushes the boundaries of what’s possible with molding: despite advances in 3D tech, the curvature of the rump of the shell, the waterfall edges and the shape of the arms are all extraordinarily difficult to achieve. But as with Charles Eames’ experiments in the 1940s, technology exists to be developed more than it does to curb ambition. It is constantly being shaped. 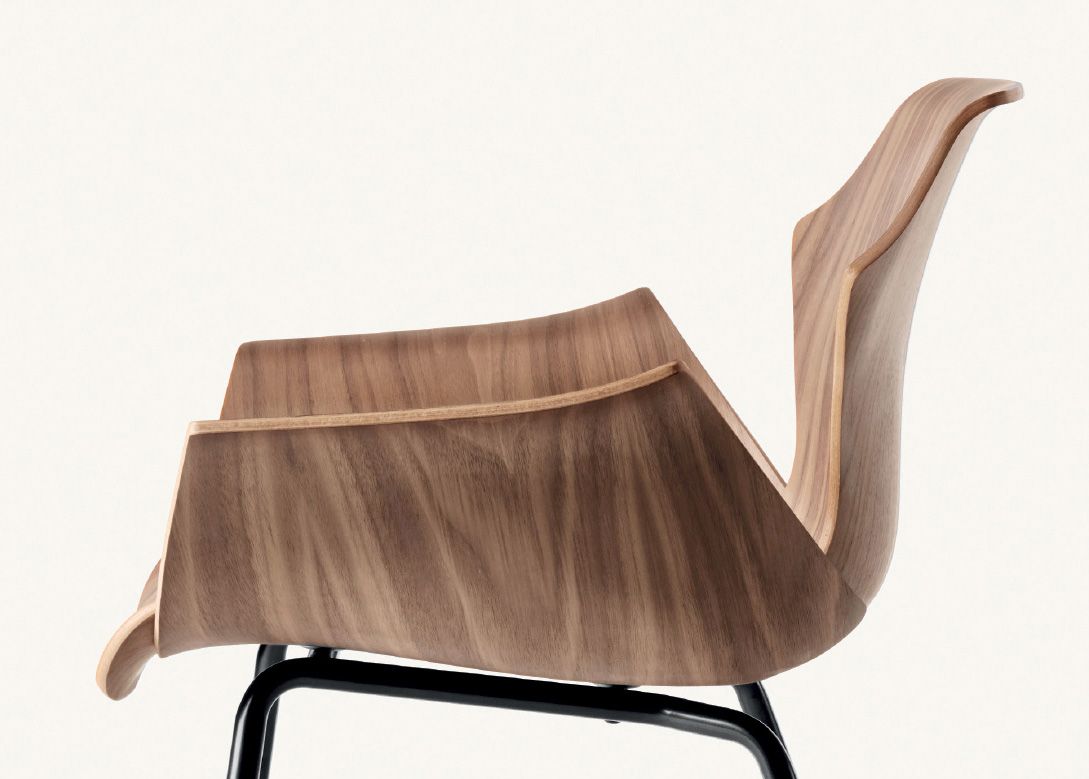 CB-290M Petal Armchair in Walnut with metal base. 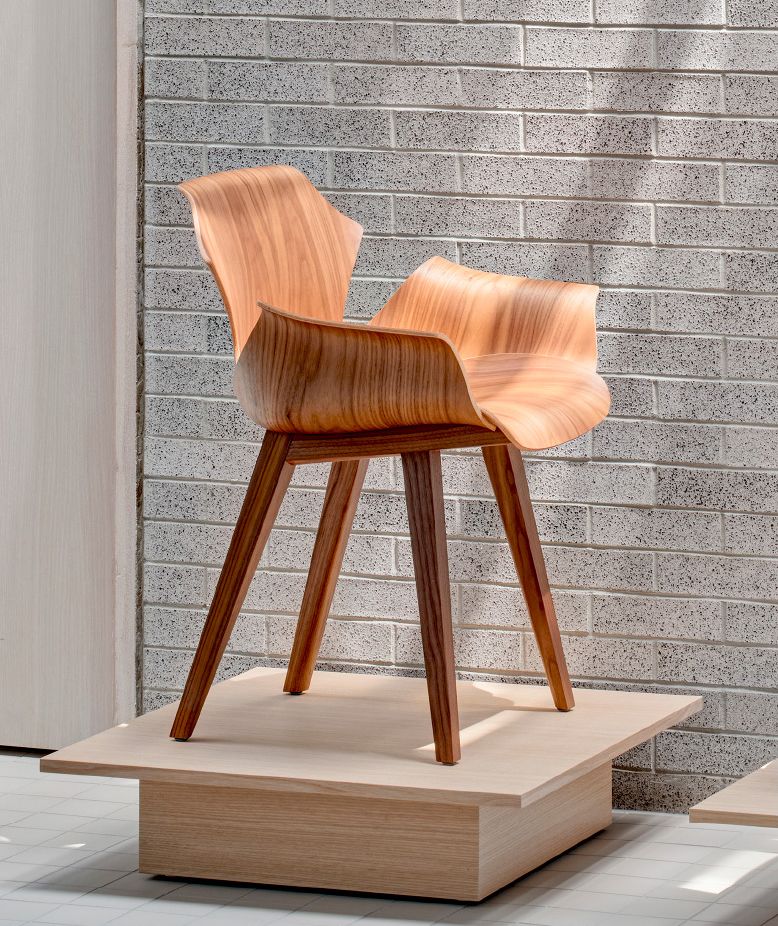 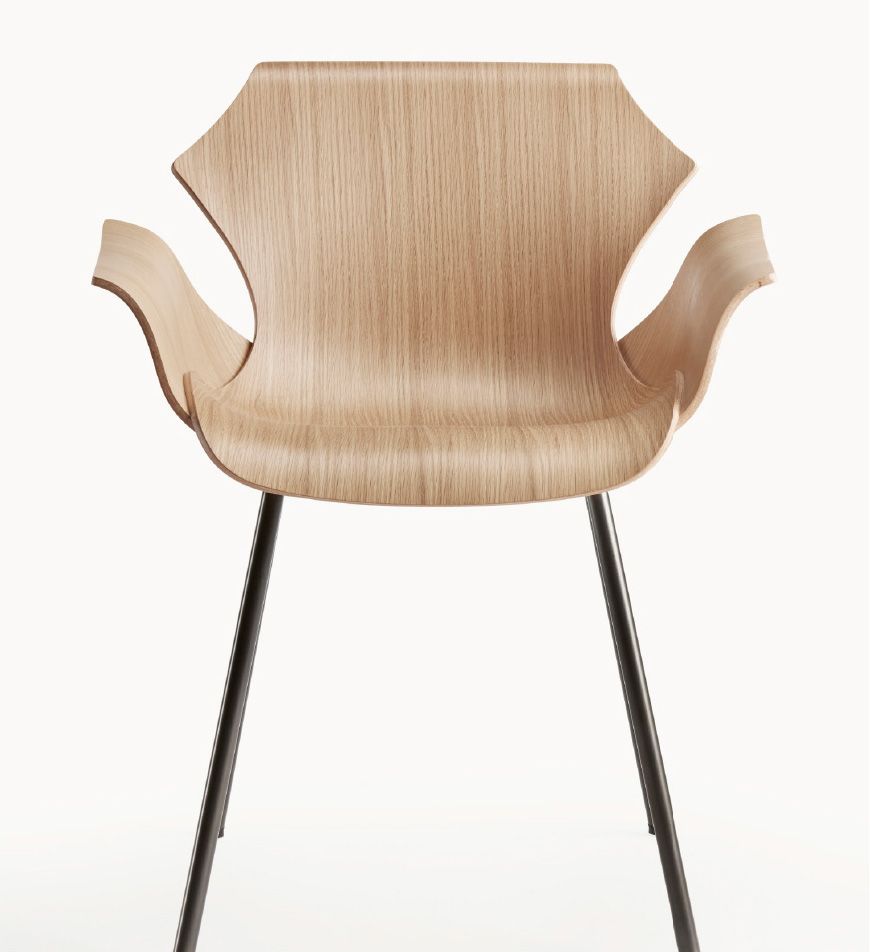 CB-290M Petal Armchair in Oak Raw Effect with metal base. 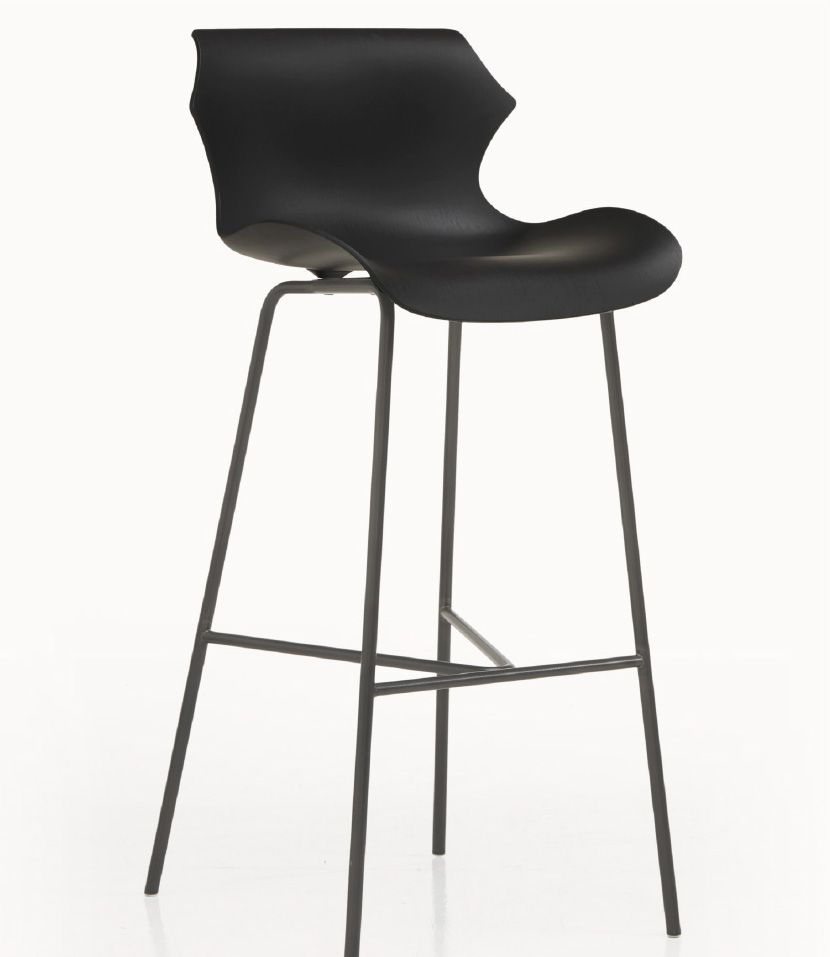 CB-293M Petal Bar Stool in Ebonized Oak with metal base. 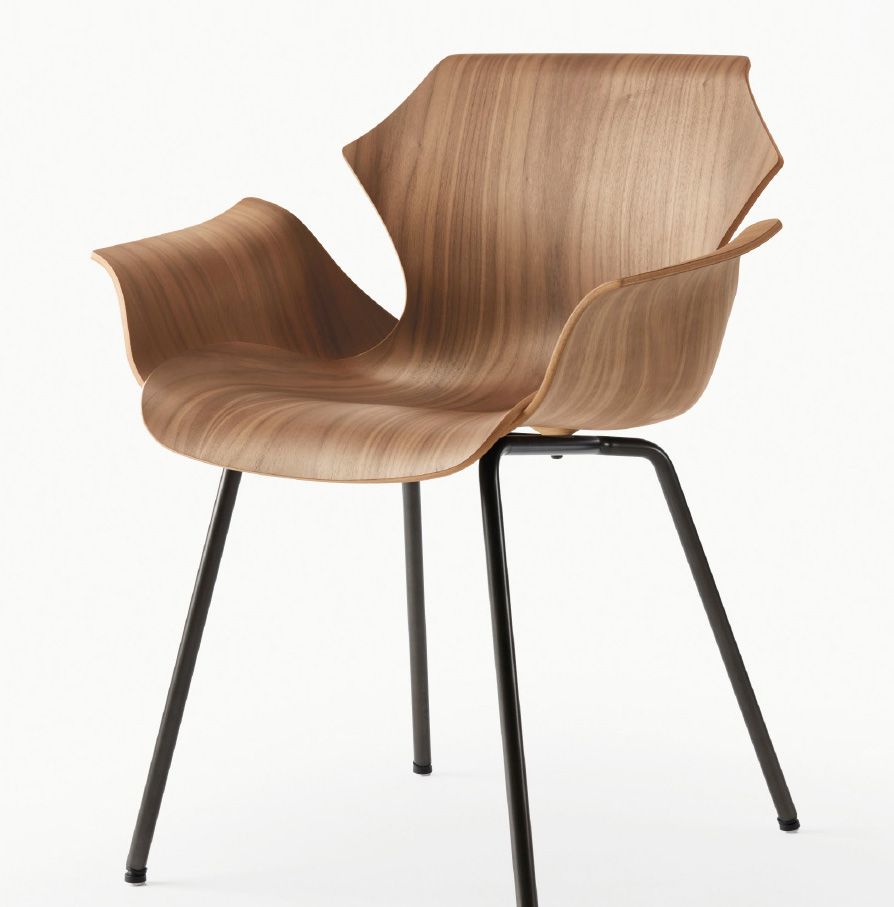 CB-290M Petal Armchair in Walnut with metal base 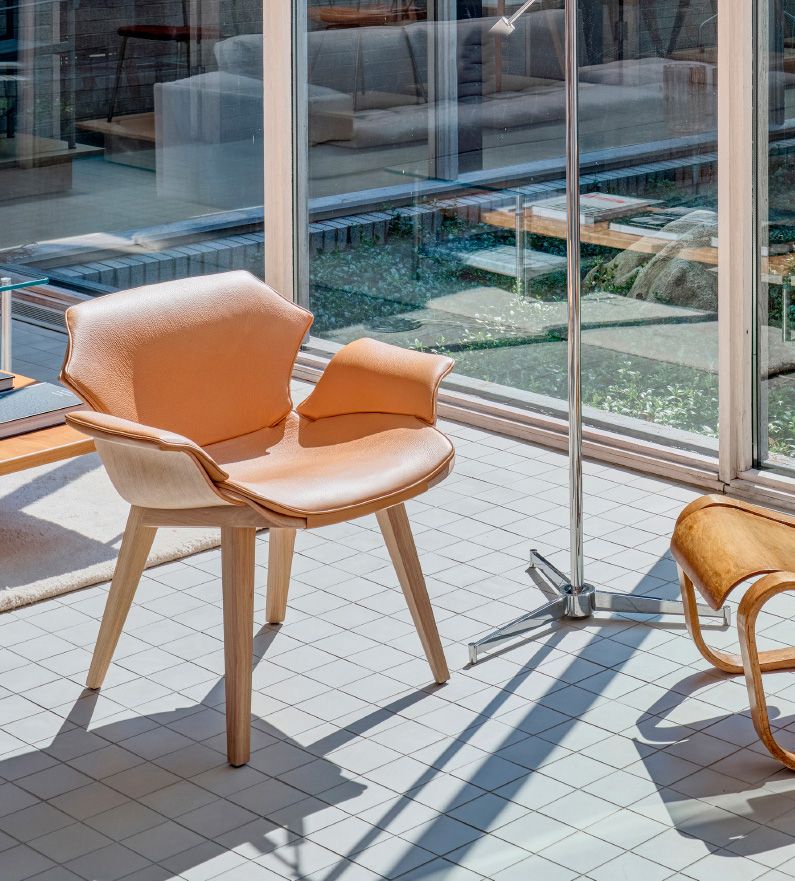 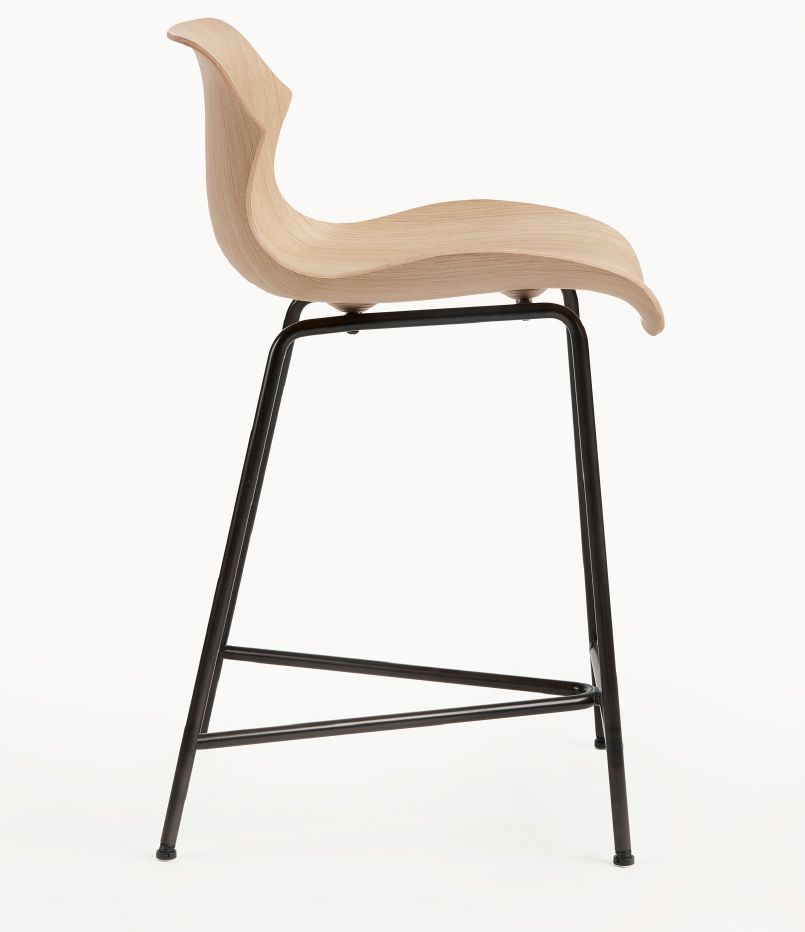 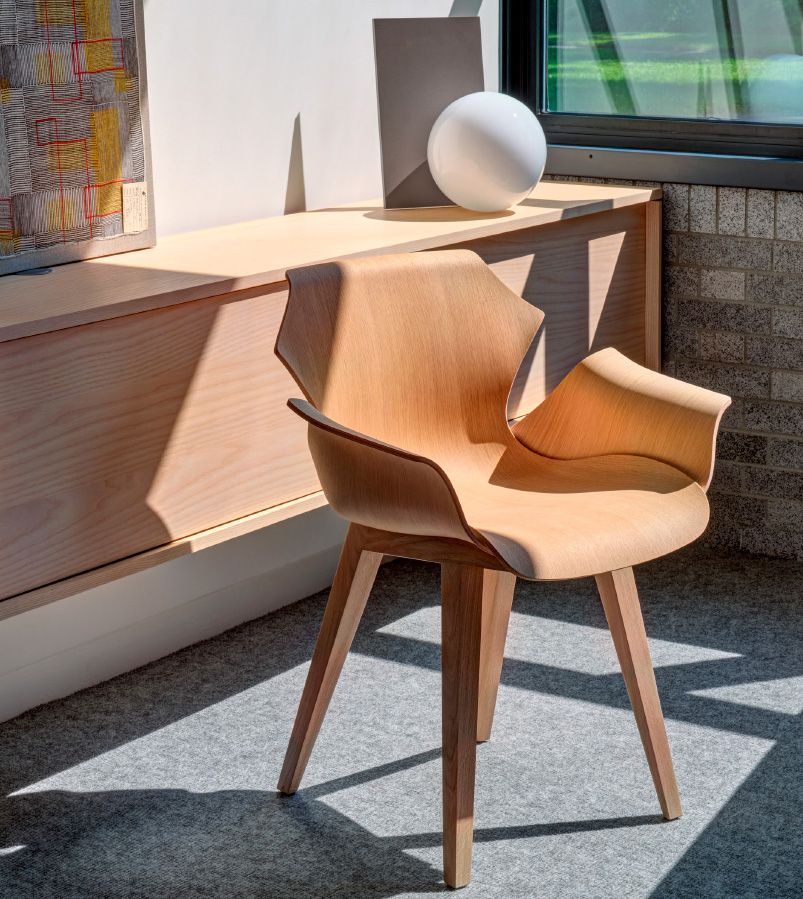 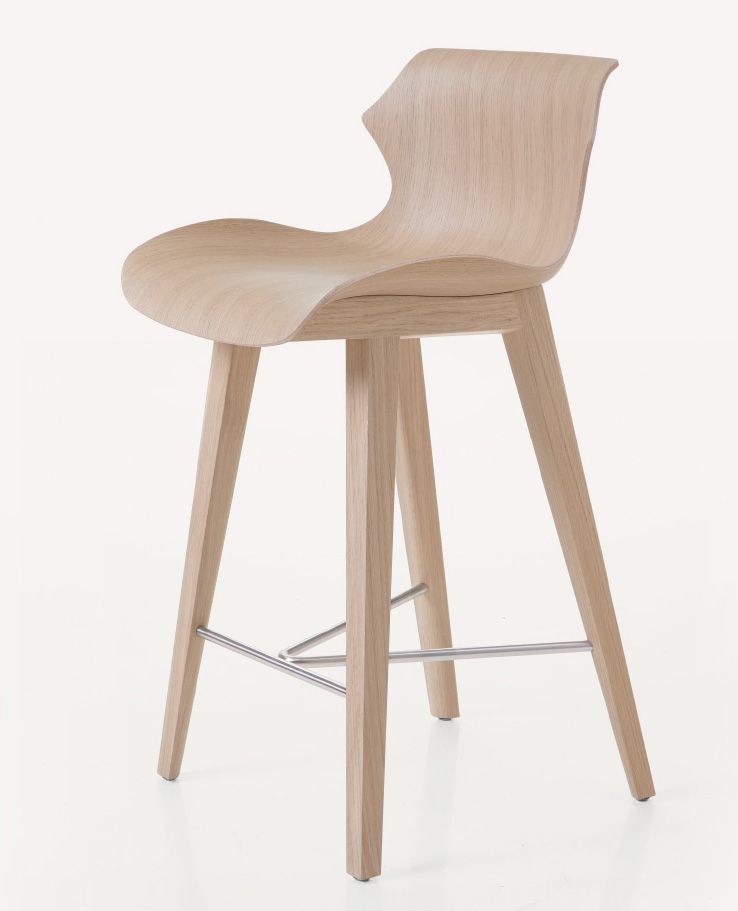 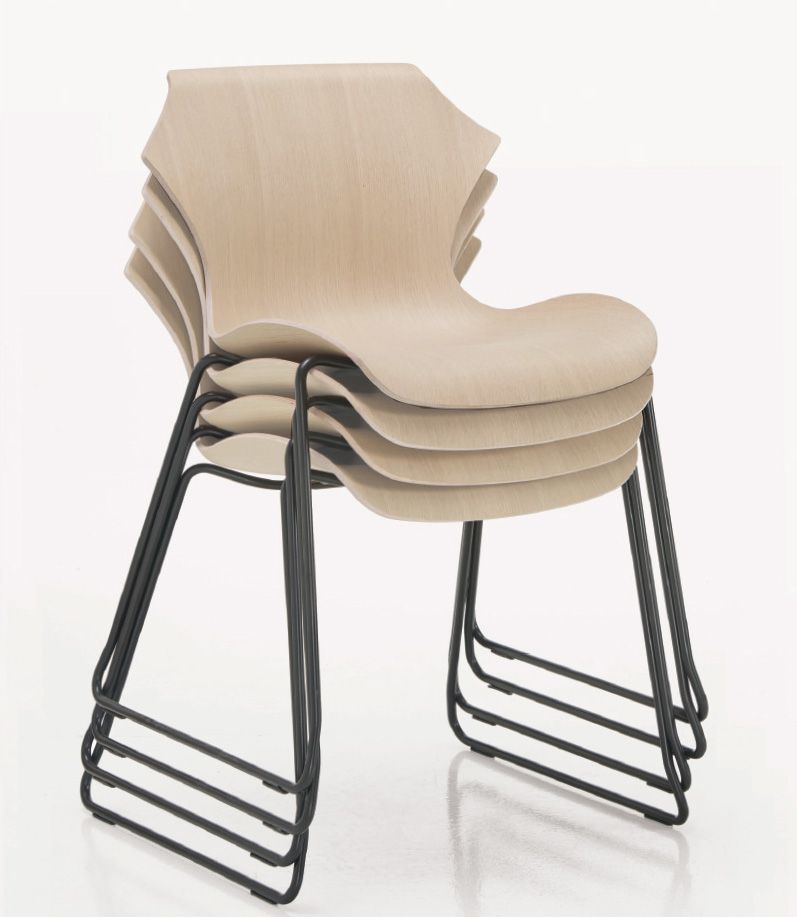 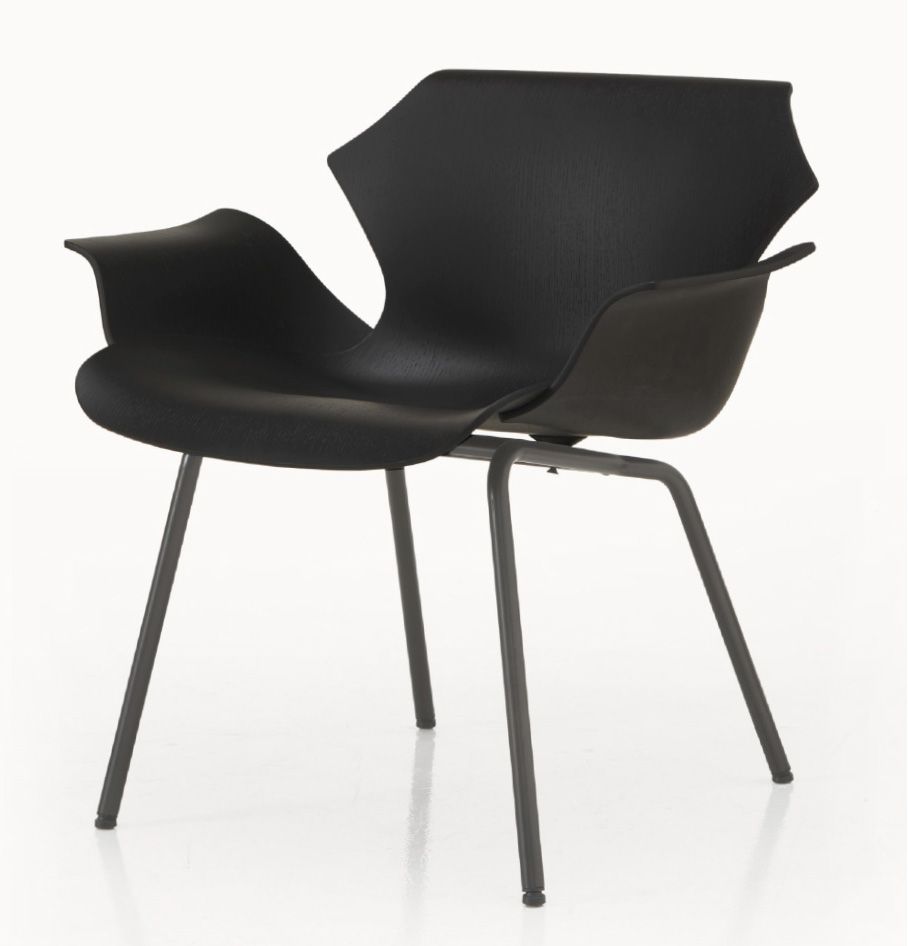 CB-295M Petal Lounge Armchair in Ebonized Oak with metal base