I first became obsessed with the Mercedes 600 when I noticed one at a Mercedes Club event when I was 11 years old in Melbourne, Australia. The grand, wide green expanses of turf perfectly complemented the gleaming paint and abundant chrome. Not even the Gullwings or the sports cars seemed to capture my attention.

The 600 was different; it just emanated such a powerful presence. These cars seemed to own the road with their grand, all-conquering proportions and impeccable quality. Completely put together by hand, the car was the ultimate expression of Teutonic luxury – In total contrast to the Hollywood glamour of the Americans with their extravagant fins and buttoned velour interiors, or the British with their haughty, old fashioned notions of a faded aristocracy. The 600 possessed a technical and precisely engineered luxury that also incorporated traditional materials of polished wood, chrome and leather. Function and high performance came first, which explains why its modern classic proportions are as timeless now, thirty-nine years later, as they were that day on the golf course.

After going on to study architecture, I now look at the 600 as a product that very much follows the principles of modern architecture (it also happens to be as big as a small building!). Squared-off lines with crisp details and a large greenhouse – heft and elegance in equal measure. Designed by Paul Bracq and Bruno Sacco, traditional elements like the large chrome radiator housing were mixed with clean lines in an effort to keep it unchanged for many years. Truly a modern classic.

The 600 also represents my personal obsession with quality. It was known as the best car in the world when it launched at the Frankfurt Motor Show in 1963 with the finest materials, engineering and thoroughly modern design. These are the features that I strive for in my own design company, BassamFellows. Modern, but classic and infused with personality. Built to withstand fads and to be used for a very long service life, it lasted 18 years of production and was never destined to become just a secondhand car with a faded history. Mine is now 42 years old and I am only its current keeper.

In a car, quality is also about the engineering. The technology used on the 600 at the time was revolutionary, with adjustable, fully independent air suspension, adjustable shock absorbers and silent, hydraulic controls for most interior functions, seats, windows, sunroof and trunk. It glides down the road but doesn’t wallow like the Americans or British and is very much a driver’s car. Though it has a reputation as a car for lounging – you can recline the rear seat and pull the curtains closed for privacy – it’s a car that allows you to appreciate the outside world. William Holden road-rallied his while others preferred to ride in the back (Coco Channel, Onassis, and quite a few world leaders).

If you should ever wish to acquire a 600, you have to be ready for the attention. While the car was never really intended for retiring types (as the chosen wheels of Elvis and Elizabeth Taylor, how could it be?) it still makes for a gleaming and arresting presence today, as it invites stares, iPhone snaps and lots of conversation. I love my 600. I love washing and polishing it and admiring every design detail up close. I love driving it and even maintaining it. The Mercedes 600 enriches my life. It’s been more than 50 years since the car was launched and it’s still getting the attention it deserves. 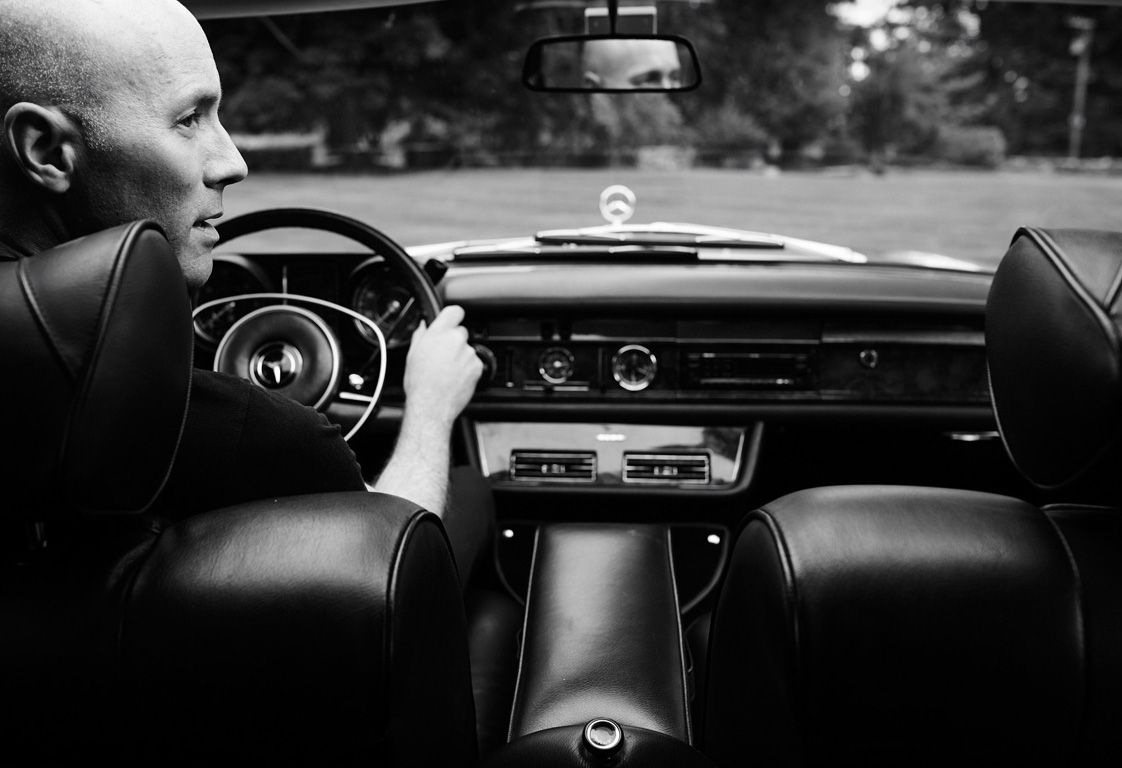 Craig Bassam behind the wheel of his beloved 1972 Mercedes Benz 600. 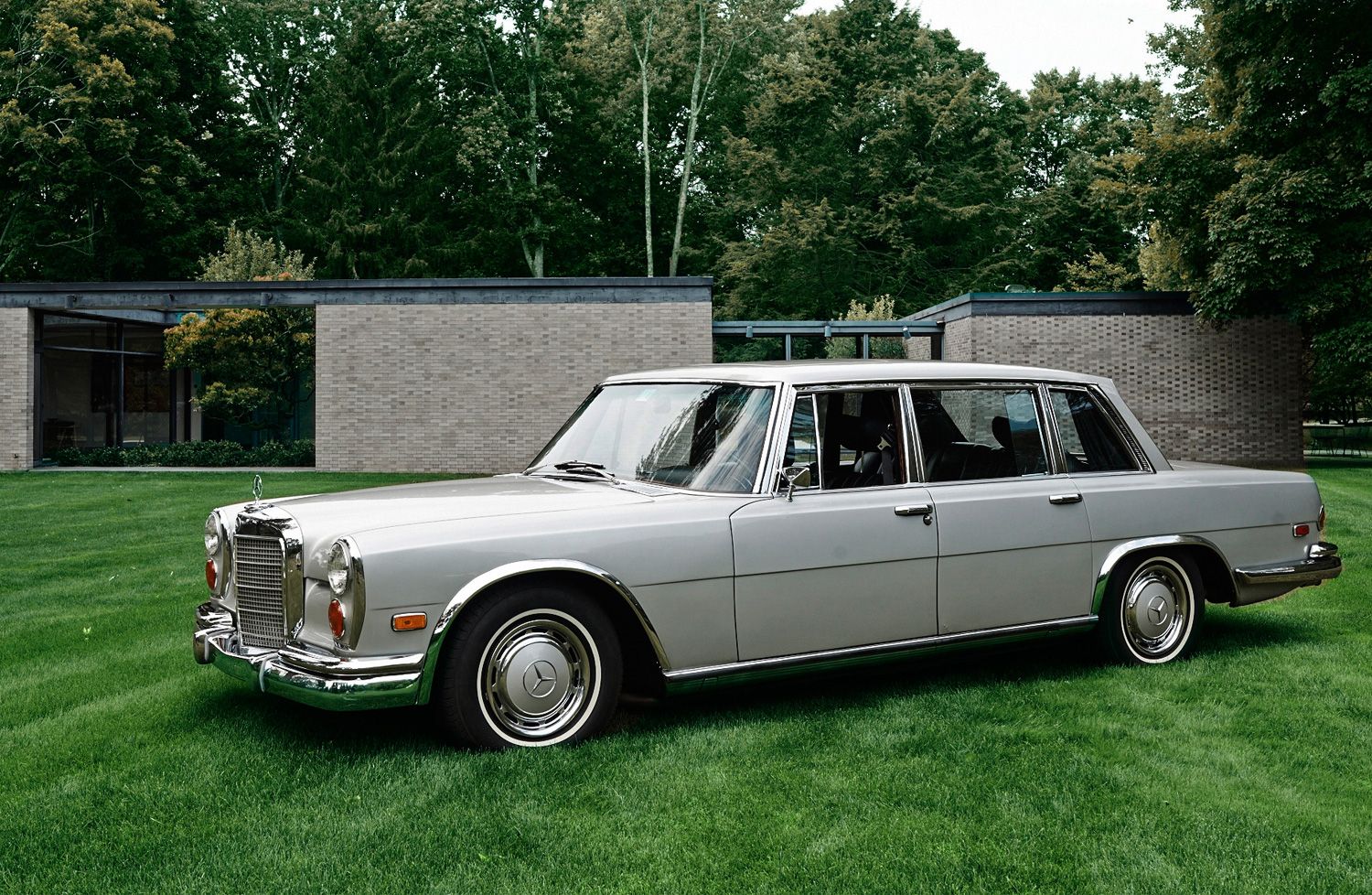 The Mercedes Benz 600 and modern architecture are well matched. The architect’s 600 pictured in front of his home, the 1951 Philip Johnson-designed Hodgson House in New Canaan, CT. 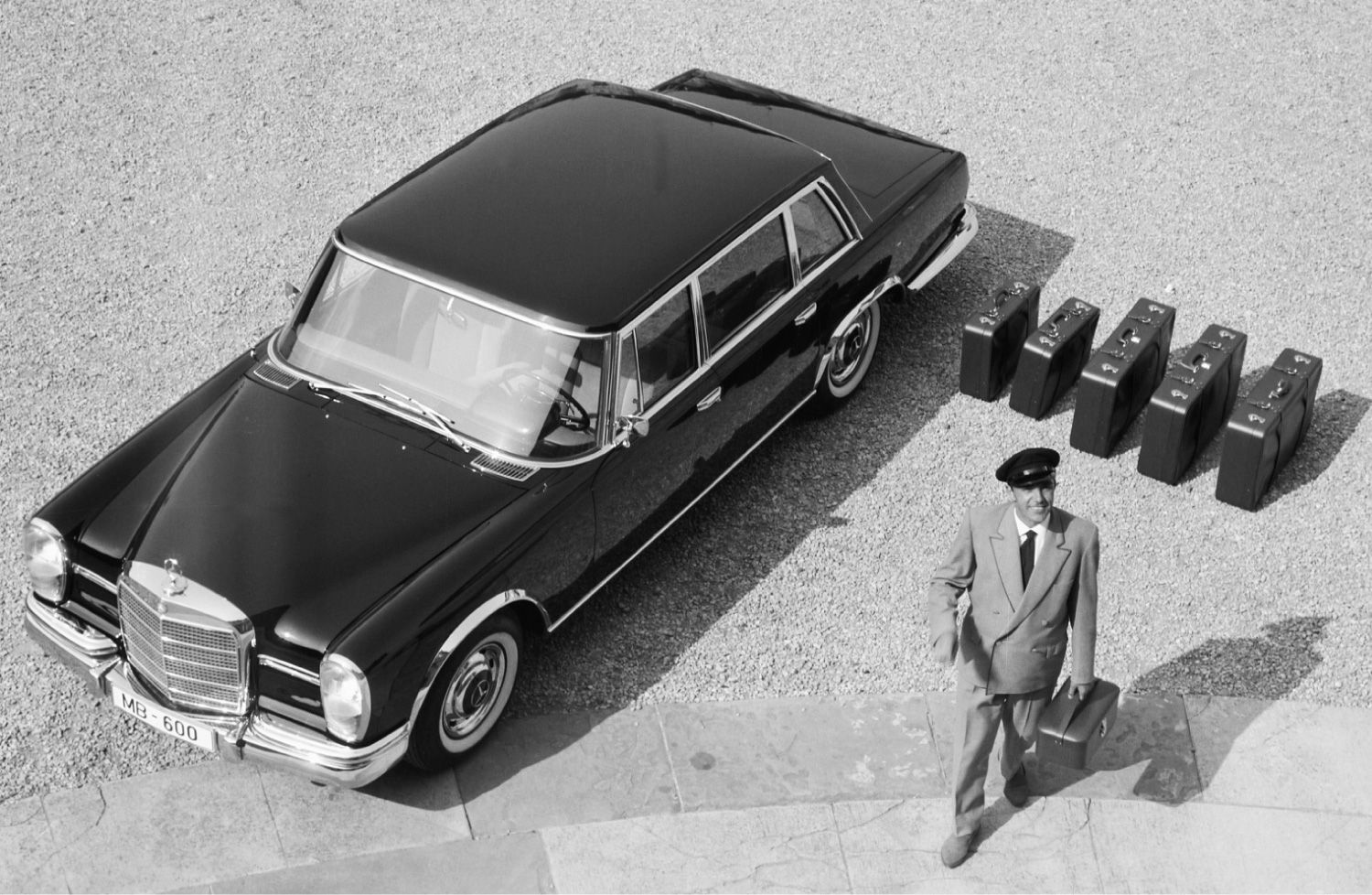 Fitted luggage was one of many options given when one purchased a Mercedes Benz 600. 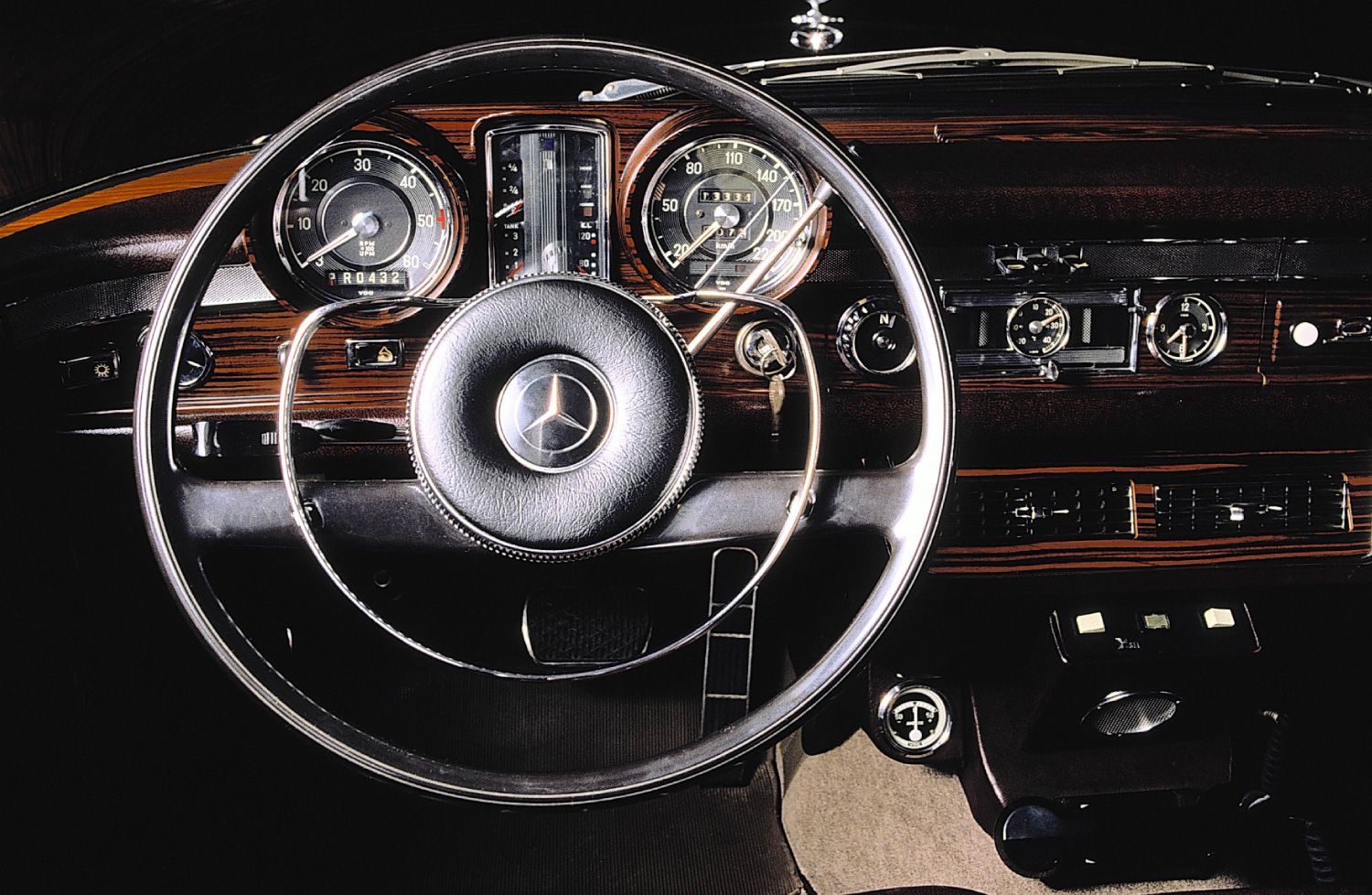 Ultra-modern. The Mercedes Benz 600 was considered the most technically advanced car in existence. From the dashboard one can adjust air suspension and shock absorbers as well as silent, hydraulic controls for most interior functions such as seats, windows, sunroof and trunk. 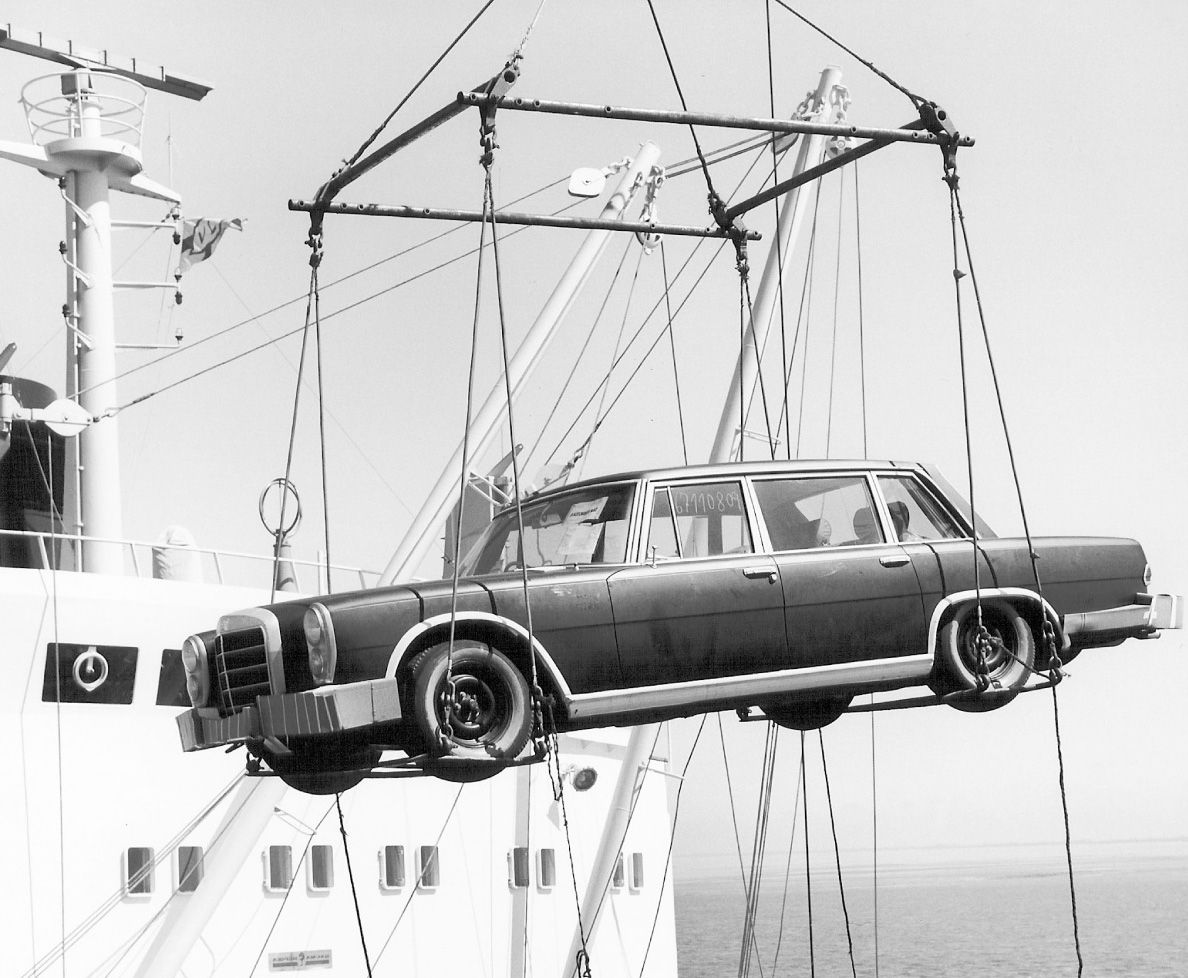 Precious cargo; Shipment of a Mercedes Benz 600 at Bremerhaven, 1966. 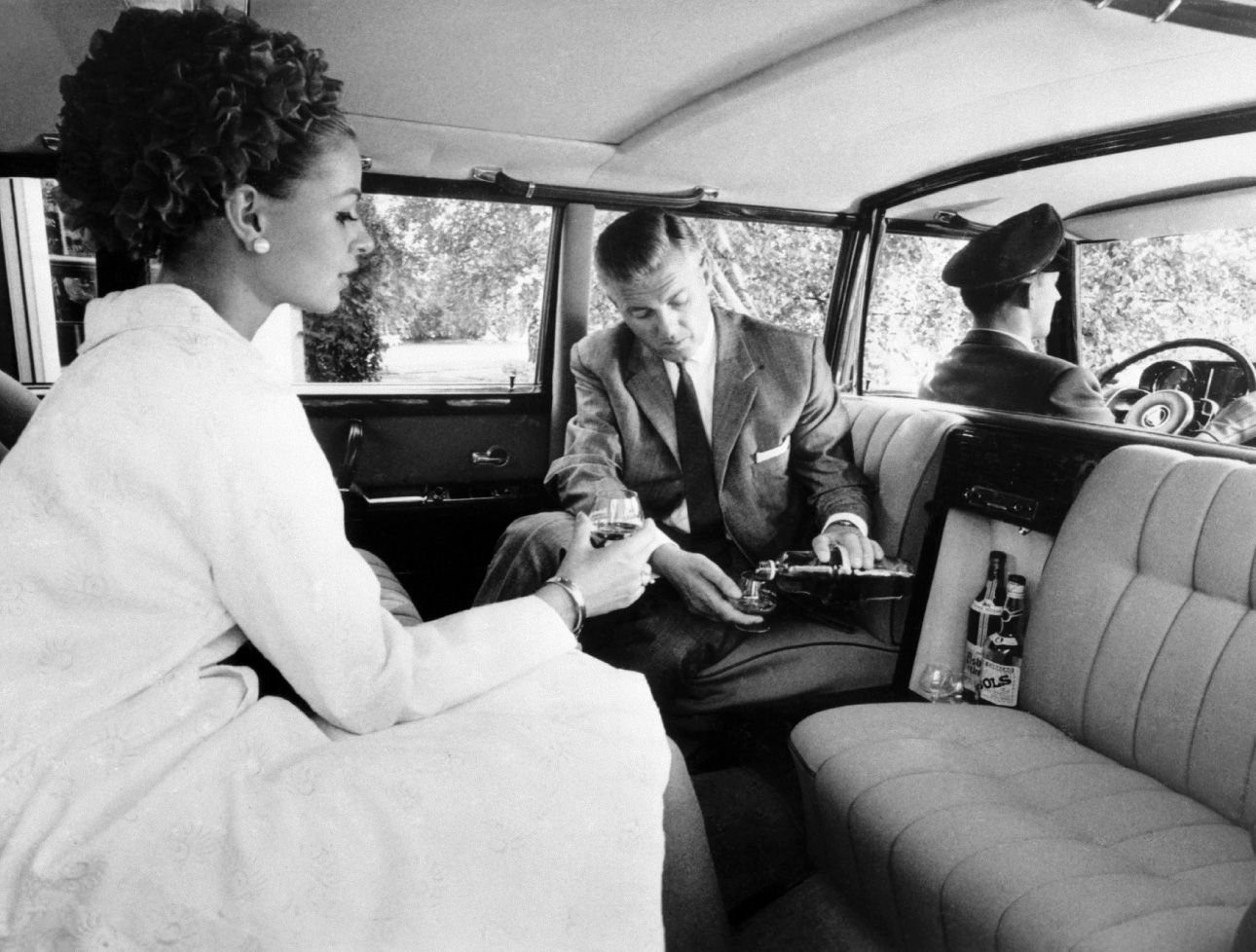 It is a car that offers the ultimate in creature comforts (Coco Chanel and Artistotle Onassis preferred to ride in the back). Many owners installed custom features such as deluxe built-in bars and – novel for the time – state of the art music systems. 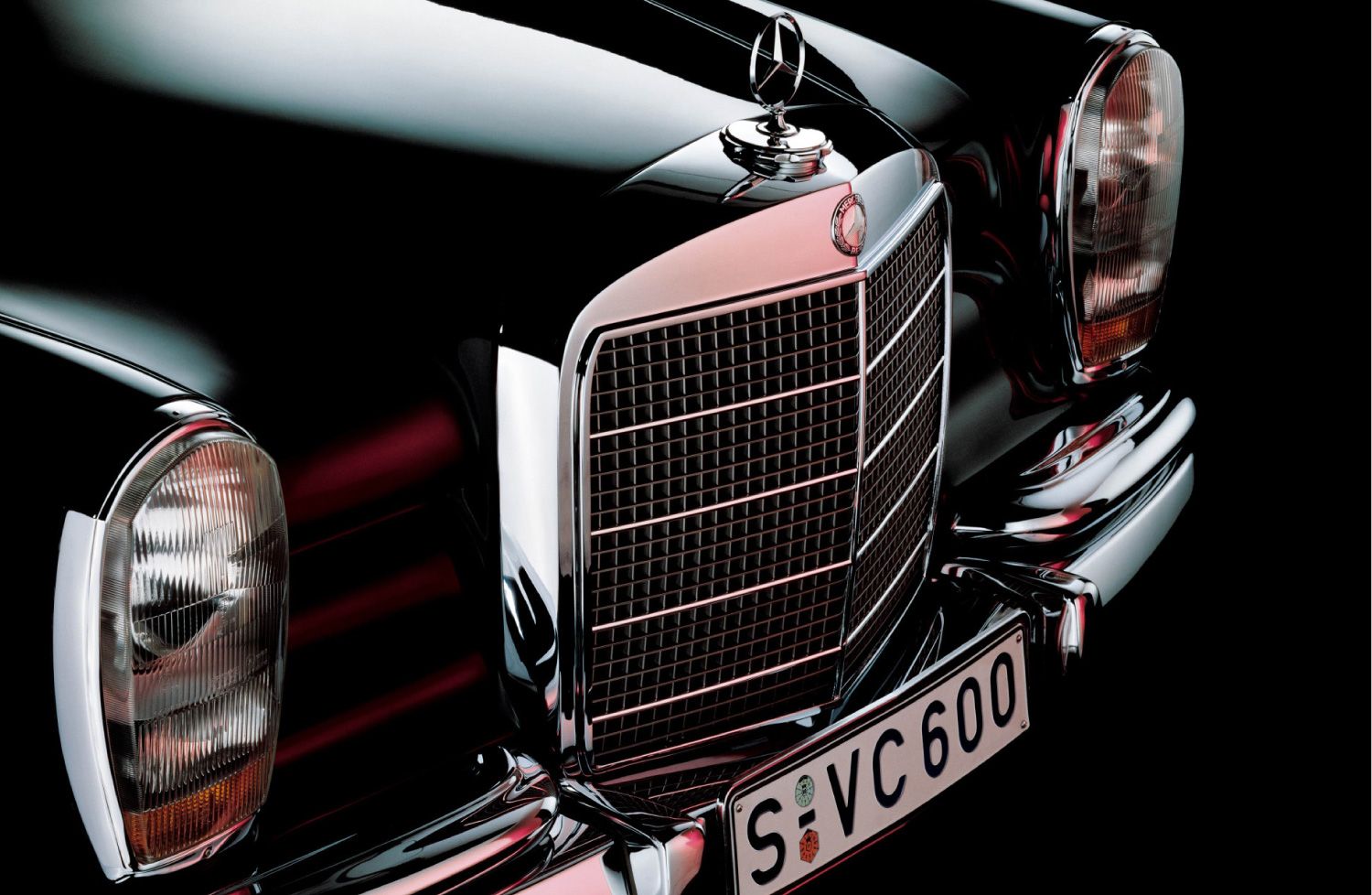 Heft and elegance in equal measure, the 600 was designed by Paul Bracq and Bruno Sacco. The designers mixed traditional design elements with clean lines to create an immortal modern classic. 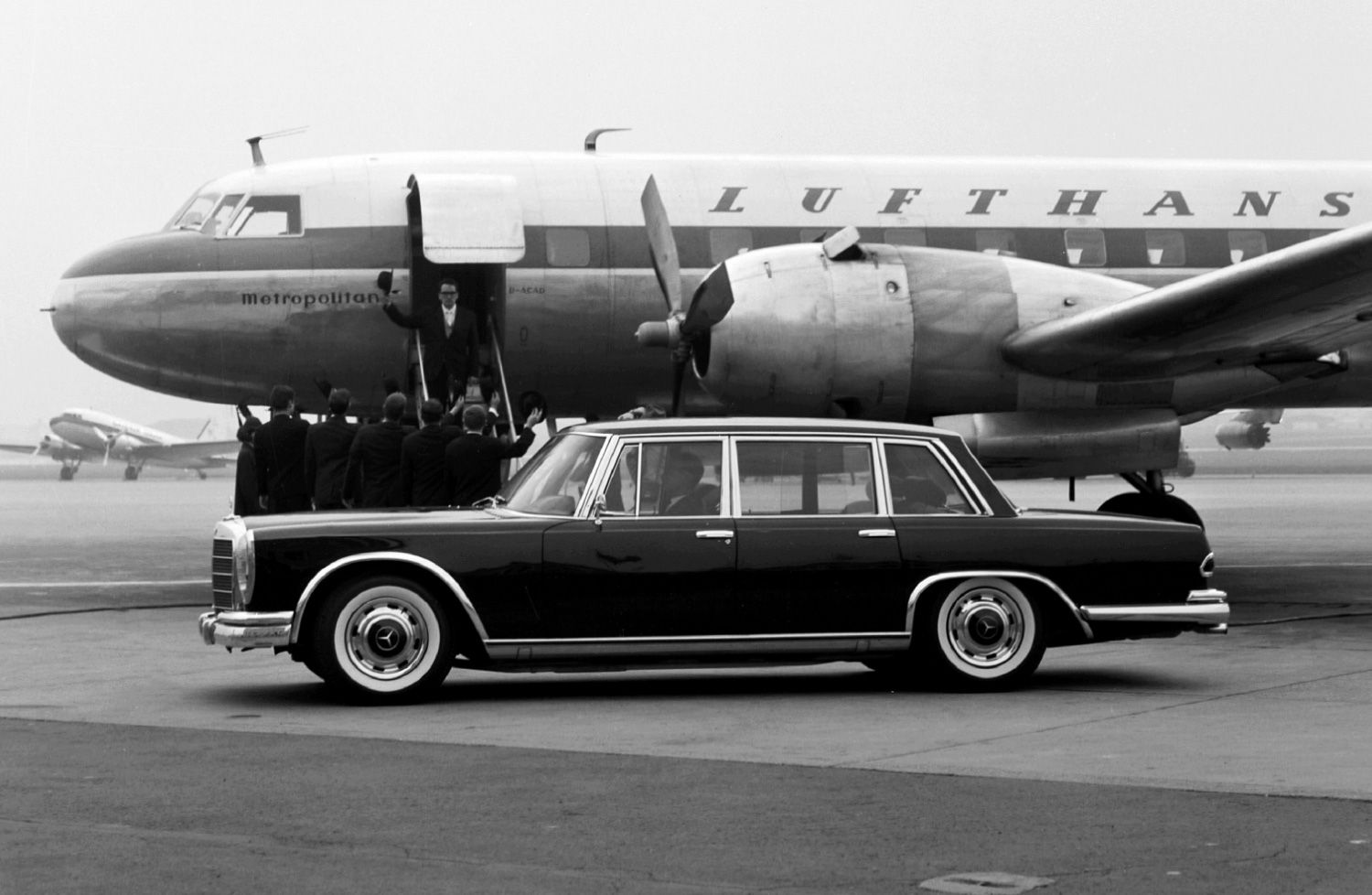 The car is “the ultimate expression of Teutonic luxury,” says Bassam. The Mercedes Benz 600 measured an impressive 218 inches – more than 18 feet in length.

All vintage images courtesy of Daimler-Benz.