THE SPINDLE BY WAY OF LOUIS KAHN

First time visitors to Louis Kahn’s Exeter Library in New Hampshire tend to describe their experience in spiritual, almost fanatical terms. Completed in 1971, the building is one of the maverick architect’s handful of masterworks, a contradictory design statement that has ignited passions from the moment it was unveiled. It was also a lightning rod for architect Craig Bassam, who visited the library for the first time last year. Bassam had always responded to Kahn’s buildings, enchanted by their paradoxical character. “Their space and light is beautiful and can be both heroic and personal depending on what part of the building you are using,” he said.

The Exeter Library is marked by contradictions. From the outside, the building has a Pharaonic, bunker-like exterior, which Kahn described as a “brick donut”. When you enter, you ascend a honed travertine staircase before reaching the building’s dramatic centerpiece – a spectacularly beautiful central atrium, which features huge circle-cut concrete frames revealing the library’s book stacks. One is struck by Kahn’s ability to transform the prosaic – bricks, wood and concrete – into something much more imperial.

Like the best kind of buildings, the library pairs scale with intimacy. Ever attuned to the human element, Kahn filled the building with abundant natural light and created rich interiors with wood and stone. “The building is completely timeless,” Bassam says. “You can see that Kahn has been concerned with every junction, corner and detail. You can’t put a date on it and it looks and feels completely permanent. Only some of the older light fixtures give it away.”

With his typical bellwether instincts, Kahn made sure The Exeter Library would accommodate all types of working and research styles. There’s a range of seating options from homey lounges paired with coffee tables to armchairs and rigid office-style chairs. Among them are traditional American spindle chairs, those icons of American décor.

The Exeter Library’s context – in particular, the traditional utilitarian spindle chair paired with the powerful geometry of Kahn’s building – got Bassam thinking. “Both the chair and the building highlighted the pure craft and essential nature of the other,” he said. Seduced by its elemental simplicity, Bassam realized an updated spindle back chair would fit perfectly within the BassamFellows ‘Craftsman Modern’ aesthetic.

A descendant of the English Windsor chair, the spindle chair has a reliable ‘working horse’ stature. Decoratively, the chairs are often associated with sylvan backdrops, but over the years the traditional spindle format has been reinterpreted and reinvigorated by countless designers. Seminal 20th century European designers such as Hans Wegner have left their imprimaturs on the classic silhouette. In America, iconic designers and craftspeople have done the same. Architect and master woodworker George Nakashima regularly used spindle supports for his day beds, chairs and benches. In recent years, contemporary designers such as Patricia Urquiola have given their own ‘spin’ to the staple, with decorative wooden bars or molded plastic forms.

The BassamFellows Spindle Chair offers a new take on the classic piece. One first notices its weightless quality, which Bassam achieved by using metal for the chair’s legs and spindles, giving the illusion of two floating surfaces. This contemporary reboot makes the spindles less prominent, evoking a less rustic, 21st century setting for the chair.

Making its debut at the 2013 Milan Furniture Fair, the chair very much fits the BassamFellows vision of irreproachable craftsmanship, architectural rigor and sensual minimalism. A counterpoint to the metal spindles is the chair’s timber elements, including an ultra-comfortable ergonomic seat carved from solid wood. Given its updated minimal silhouette, ultra-light materiality and concern for comfort, it’s the kind of chair you can see in many contexts. In fact, it would look right at home in the Exeter Library. 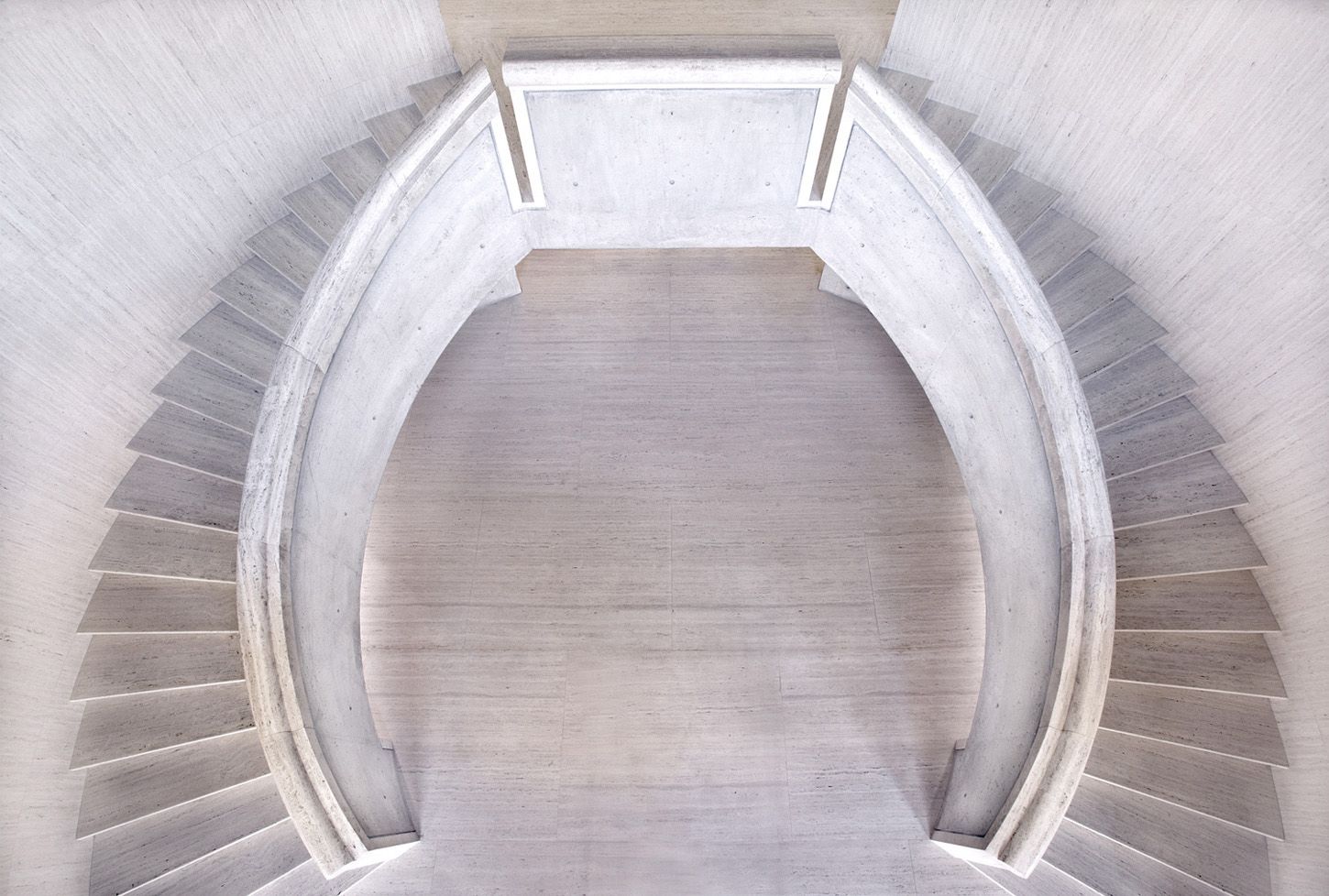 A cathedral of contradictions; visitors enter the library by ascending an extraordinary honed travertine staircase. 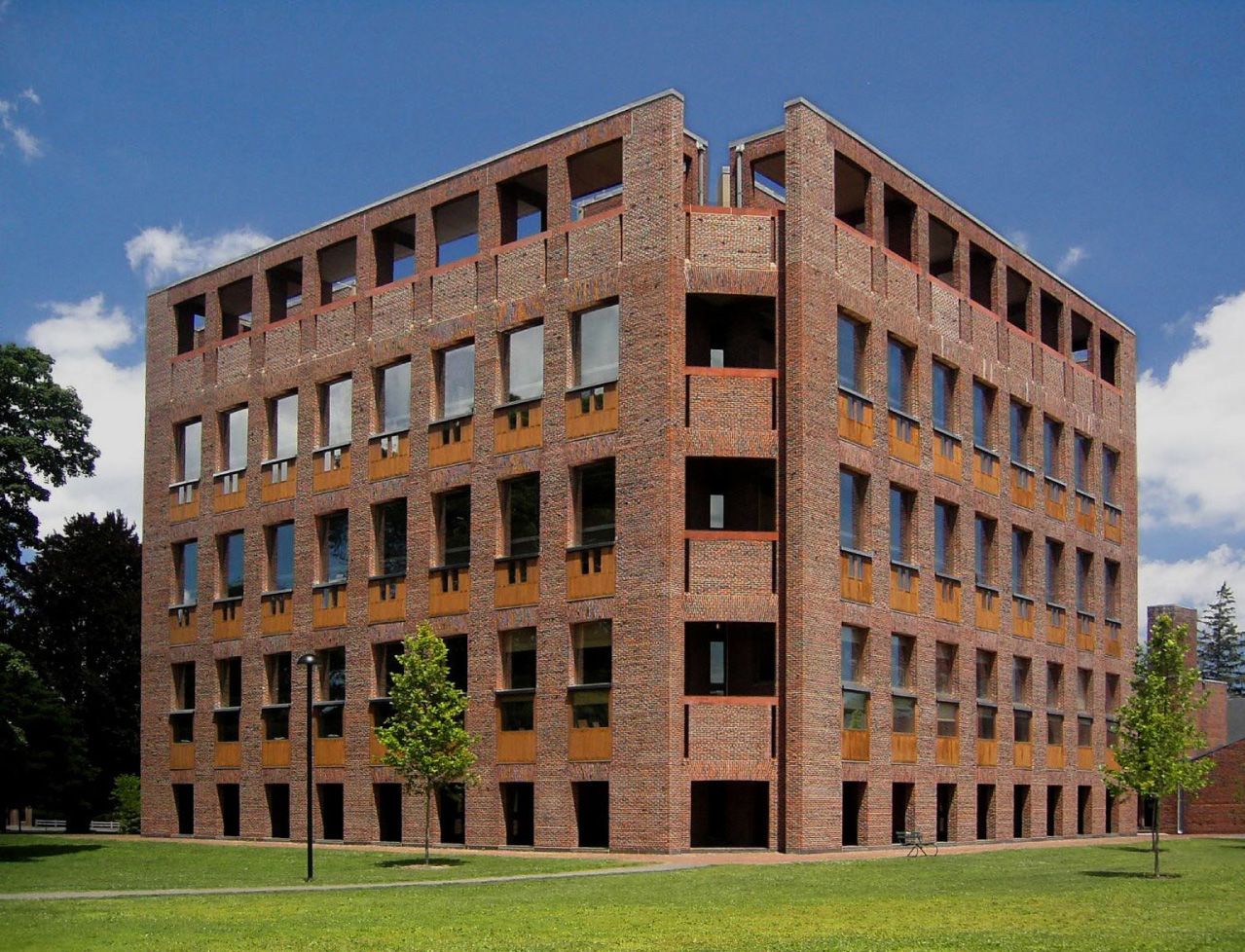 From the outside, the Exeter Library appears Pharaonic and bunker-like. Kahn described it as being like a “brick donut.” 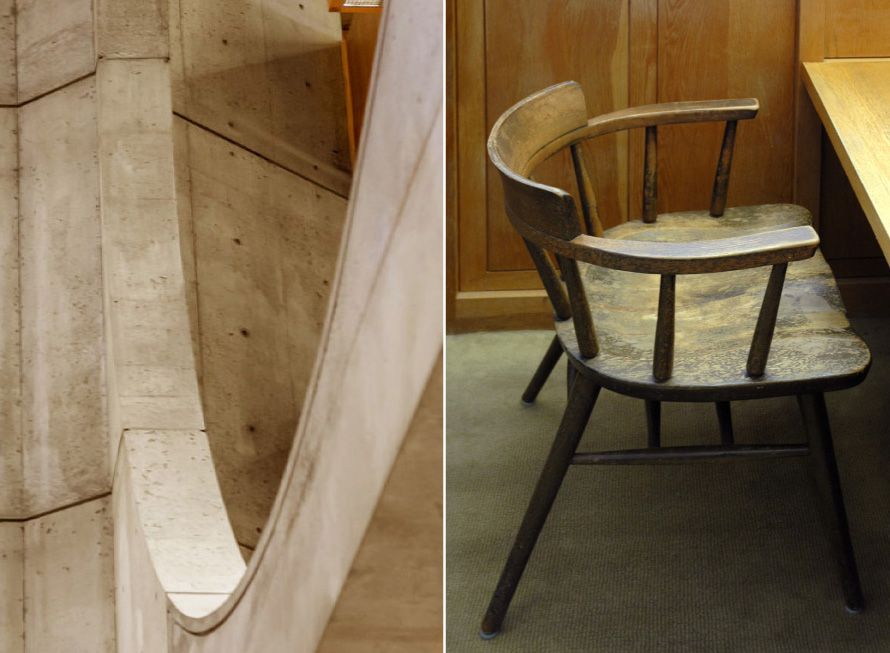 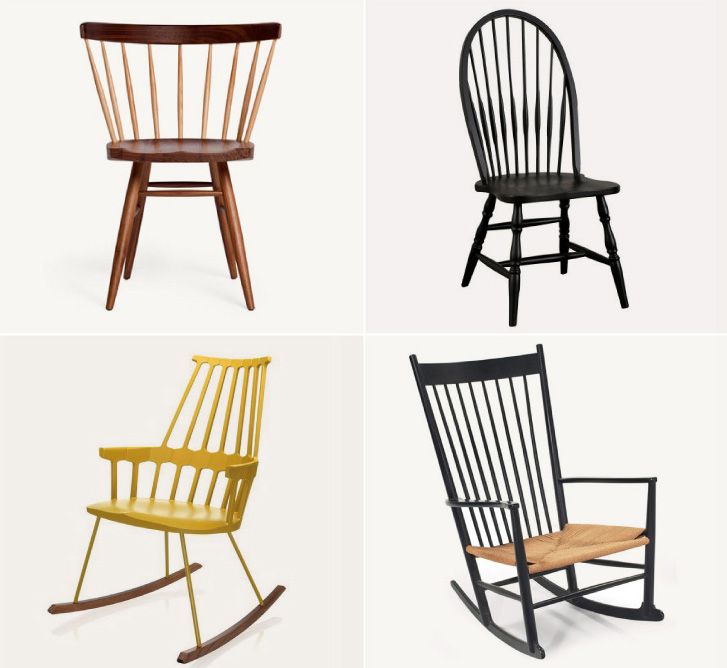 Over the years, many designers have played with the traditional spindle format, originally modeled on an English Windsor Chair. 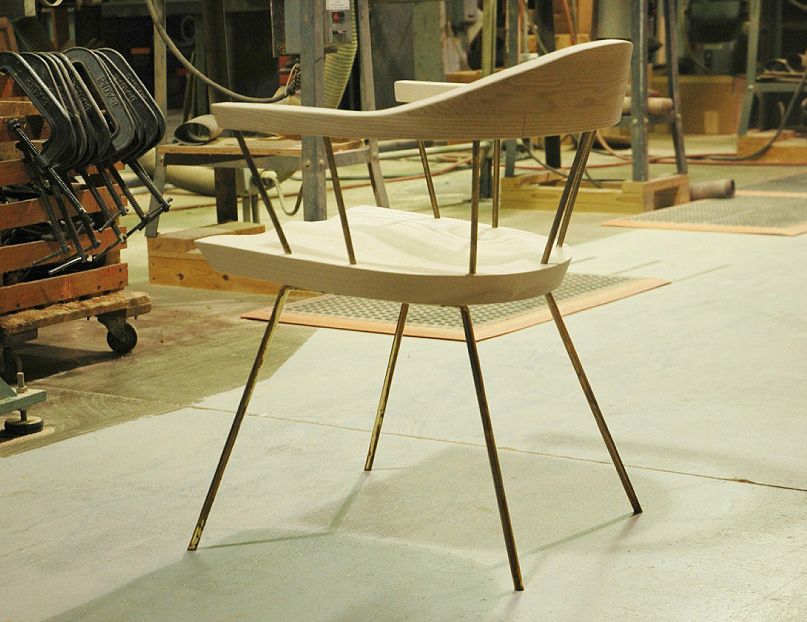 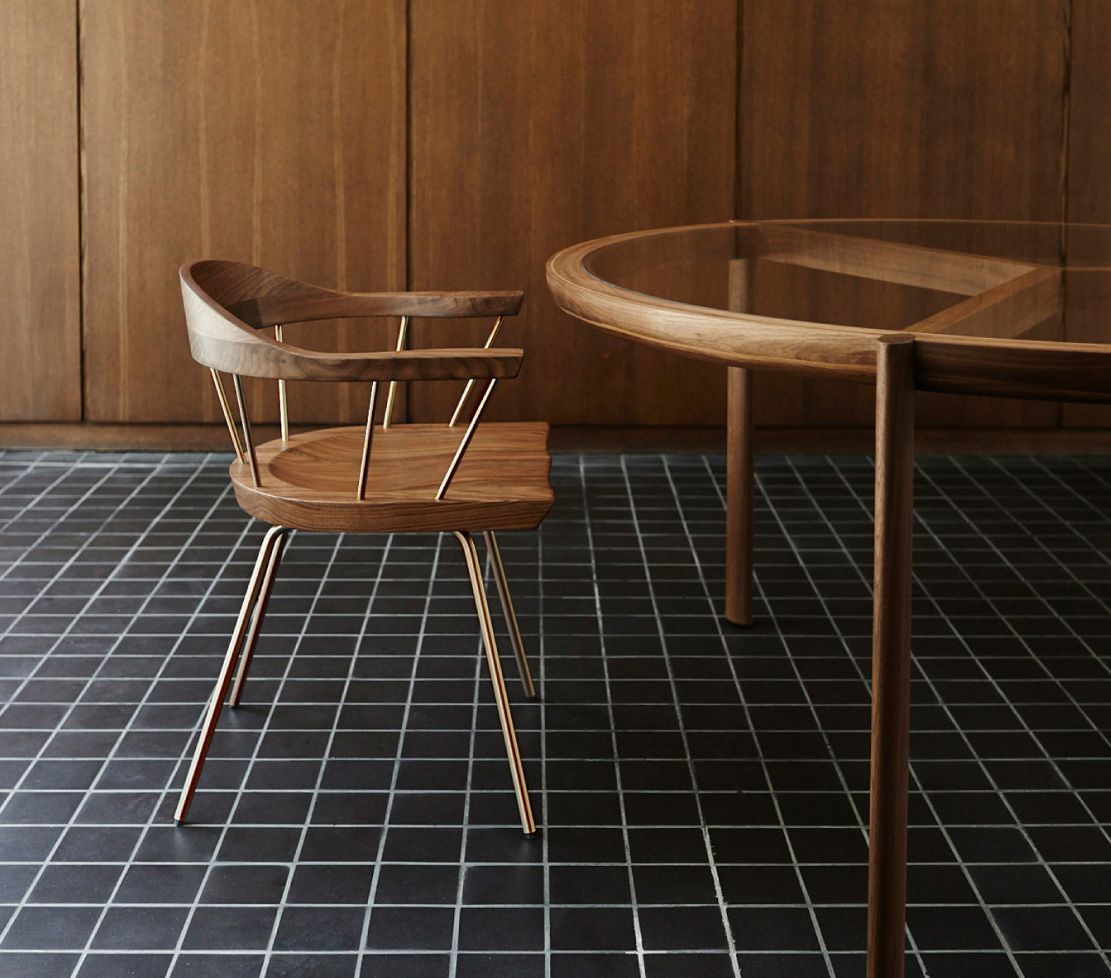 A new silhouette. The BassamFellows Spindle Chair possesses a weightless quality, achieved by the use of metal for the chair's legs and spindles and solid wood for the ergonomic seat, which creates the illusion of two floating surfaces. Pictured with BassamFellows Spoke Dining Table.

The BassamFellows Spindle Chair, inspired by a visit to Louis Kahn’s Exeter Library, provides a new take on the classic piece.