HOUSE OF GLASS AND FOG

For architect Philip Johnson, his beloved Glass House was more than just a residence. When he lived there - from 1949 until his death in 2005 – he saw it as an incubator, canvas and salon. He hosted both the enormous minds and egos of 20th century design and summarily shocked them by bringing along downtown misfits and musicians (often to the consternation of his conservative New Canaan neighbors).

It was a place known for its ‘happenings.’ Perhaps most famous of which was a benefit for the Merce Cunningham Foundation, where the band The Velvet Underground played. That day happened to be a pivotal late sixties moment. There, Andy Warhol met his future business partner Fred Hughes, who conceived the event (Warhol was famously photographed reflected in one of the house’s windows). The official invitation also promised, somewhat modestly given the times, that “fireworks and outdoor dancing will be part of the program.”

One could argue that Johnson was prescient in uniting art and architecture, the way he and partner David Whitney, a formidable man in his own right, did. Throughout his career Johnson made it his mission to keep apace with the zeitgeist and he was often criticized for it (his postmodernist structures still have critics abuzz). You can experience that breadth of perspective in New Canaan. Before they visit, few people appreciate that the Glass House site includes some fourteen structures – ranging from the galvanized steel pipe Ghost House to the architect’s titularly appropriate Da Monsta – and it’s important to appreciate that Johnson saw the landscape as his canvas. After all, when you live in an all-glass house, one begins to pays extra attention to one’s back yard.

Johnson would certainly be pleased with some of the happenings these days. Today, curator and site director Henry Urbach has set out to enliven the site by opening it up to contemporary artists. The most recent project, timed to coincide with the 65th anniversary of the Glass House, was created by Japanese artist Fujiko Nakaya, who was born in Sapporo in 1933. She created the awe-inspiring Veil, the first site-specific project to engage directly with the iconic house. Each hour, the fog sculpture, created with 600 carefully placed misting nozzles, appears, often enveloping the house completely, only to dissipate in time. The artist spent countless hours testing the wind patterns so that the fog would truly enshroud the structure. But in a sense, like any great artwork, the piece’s life begins in the uncertainty of the elements and the way it is appreciated. It is transcendent: like a palimpsest, when the vapor clears you are almost forced to reconsider the Glass House anew. Isn’t that what all art and architecture should aspire to?

Veil, one of many projects designed to reactivate the Glass House and place it within the worlds of art, style and fashion, is that rare work that invites engagement and interactivity. Nakaya has been creating cloud and fog sculptures since the 70s, yet her work, which might appear ephemeral to some, lingers with you. During the Glass House’s June summer party – a hot late spring day, full of brilliant sun on cinematic Connecticut-green grass - the installation became the ultimate refreshment. Mystical and tactile, it was almost reminiscent of the smoke machine at a 1990s disco but without the hangover. It has an incredibly playful, almost subversive quality that invites you to feel good and consider your surroundings. And that’s exactly how Johnson would have wanted it. 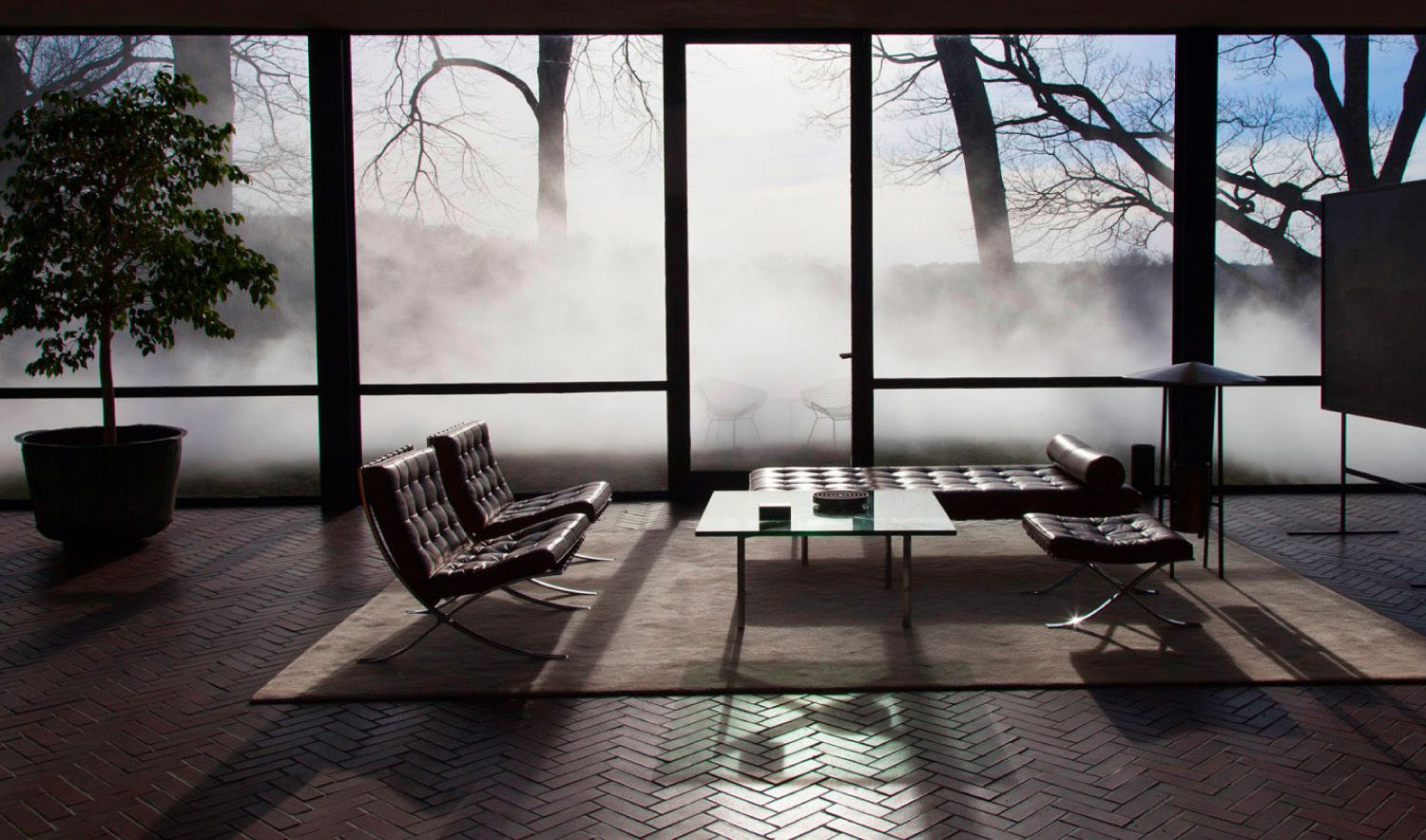 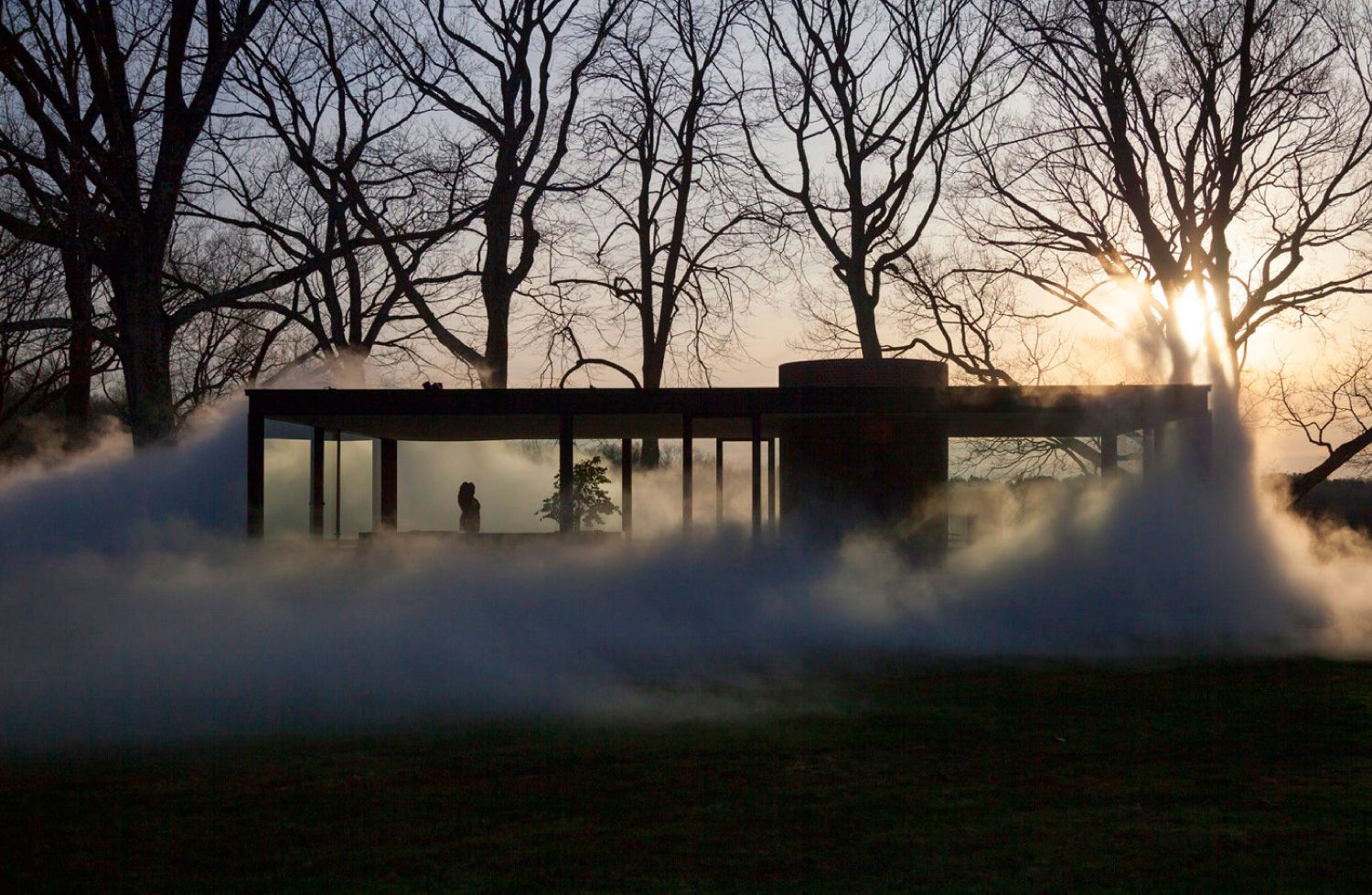 Veil was designed by artist Fujiko Nakaya to fully enshroud the house, evoking Johnson’s vision of architecture that vanishes. 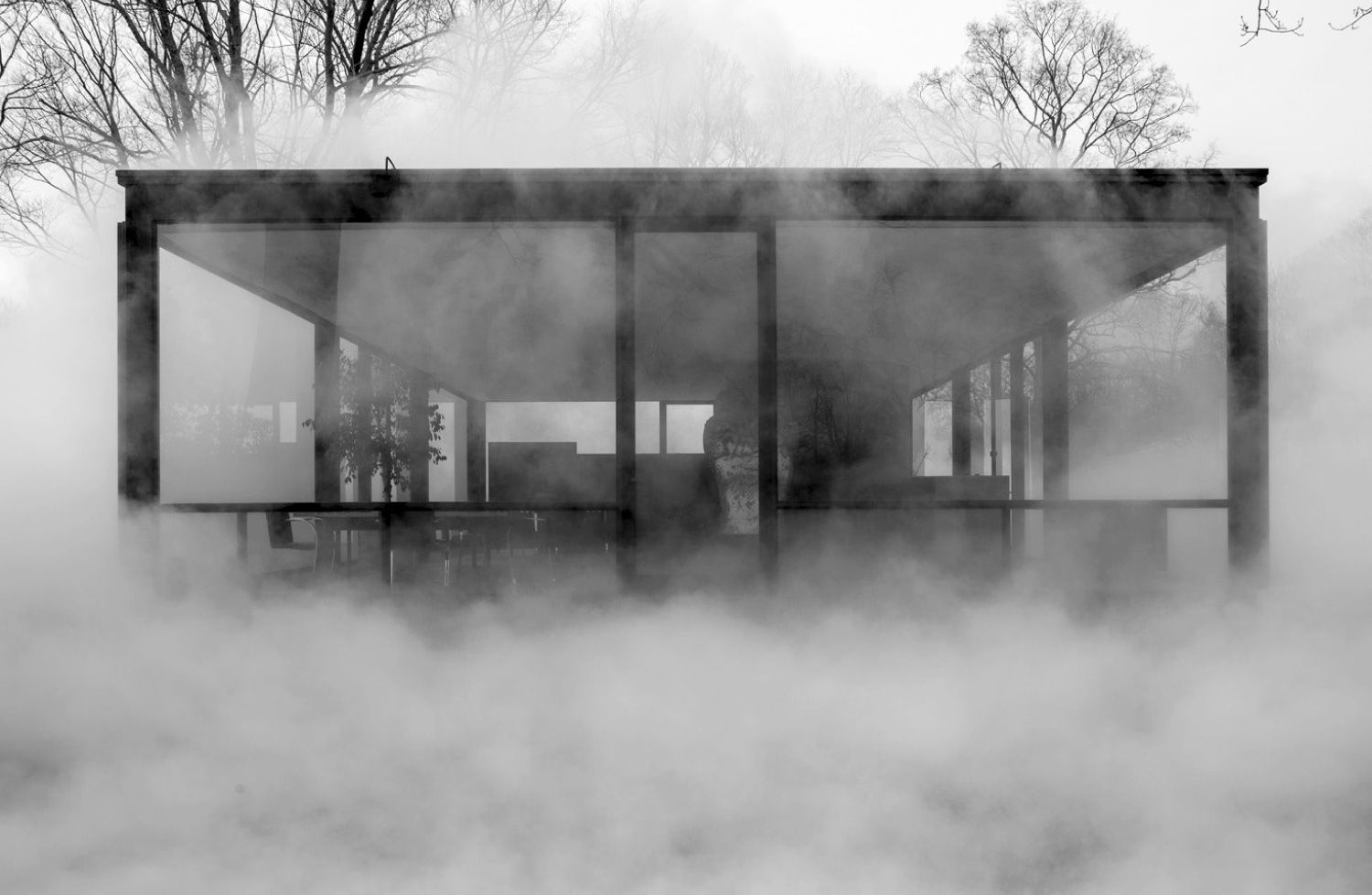 The artwork, created with 600 carefully placed misting nozzles, appears each hour, often enveloping the house completely, only to dissipate in time. 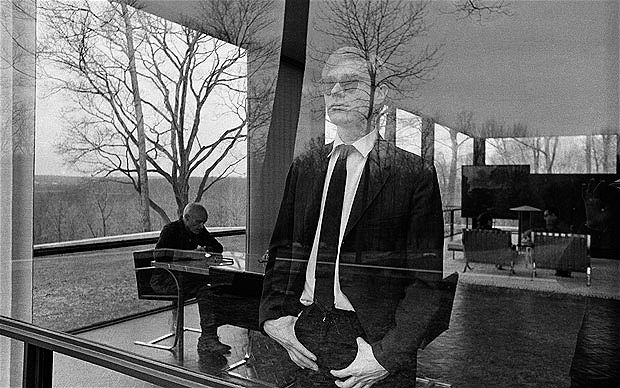 “Oh, he’s so fabulous, wait till you see his house,” Warhol once said of Johnson. Here is the artist pictured looking out from the Glass House. 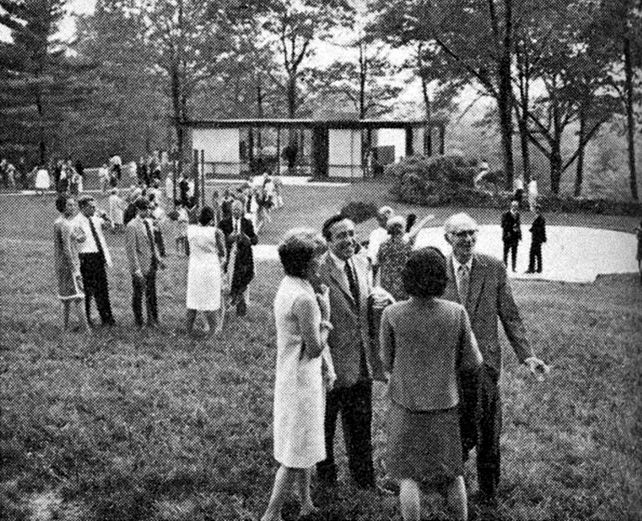 One of many ‘happenings,’ at the iconic Glass House. Over the years, the 47-acre campus has been the site of numerous parties and performances.