Since its release in 2013, the Spindle Chair’s distinctive silhouette has appeared in a vast array of celebrated commercial and residential interiors. The phenomenally successful piece was inspired by a visit to Louis Kahn’s Exeter Library. Designer Craig Bassam’s imagination was ignited when he noticed the traditional utilitarian chair juxtaposed against the powerful geometry of Kahn’s building. Seduced by its elemental simplicity, Bassam realized an updated spindle back chair would fit perfectly within the BassamFellows ‘Craftsman Modern’ aesthetic.

The BassamFellows Spindle Chair offers a new take on the classic piece, a descendent of the classic English Windsor Chair. One first notices its weightless quality, which Bassam achieved by using metal for the chair’s legs and spindles, giving the illusion of two floating surfaces. This contemporary reboot makes the spindles less prominent, evoking a less rustic, 21st century setting for the chair.

A counterpoint to the metal spindles is the chair’s timber elements, including an ultra-comfortable ergonomic seat carved from solid wood. Given its updated minimal silhouette, ultra-light materiality and concern for comfort, it’s the kind of chair you can envision in many contexts.

The Spindle Counter and Bar Chairs recast their predecessor’s dimensions in modern, highly comfortable counter and bar heights. Once again, the illusion of two floating surfaces has been created by the use of metal for the chair’s legs and spindles and an elegantly carved backrest and armrest. Both versions feature commercial grade swivel returns, giving them broad application for a range of settings, notably London’s all-brass Le Chabanais Restaurant.

Whether it’s a chair, counter or bar stool, the BassamFellows Spindle Series is distinguished by its seductive, elemental simplicity. 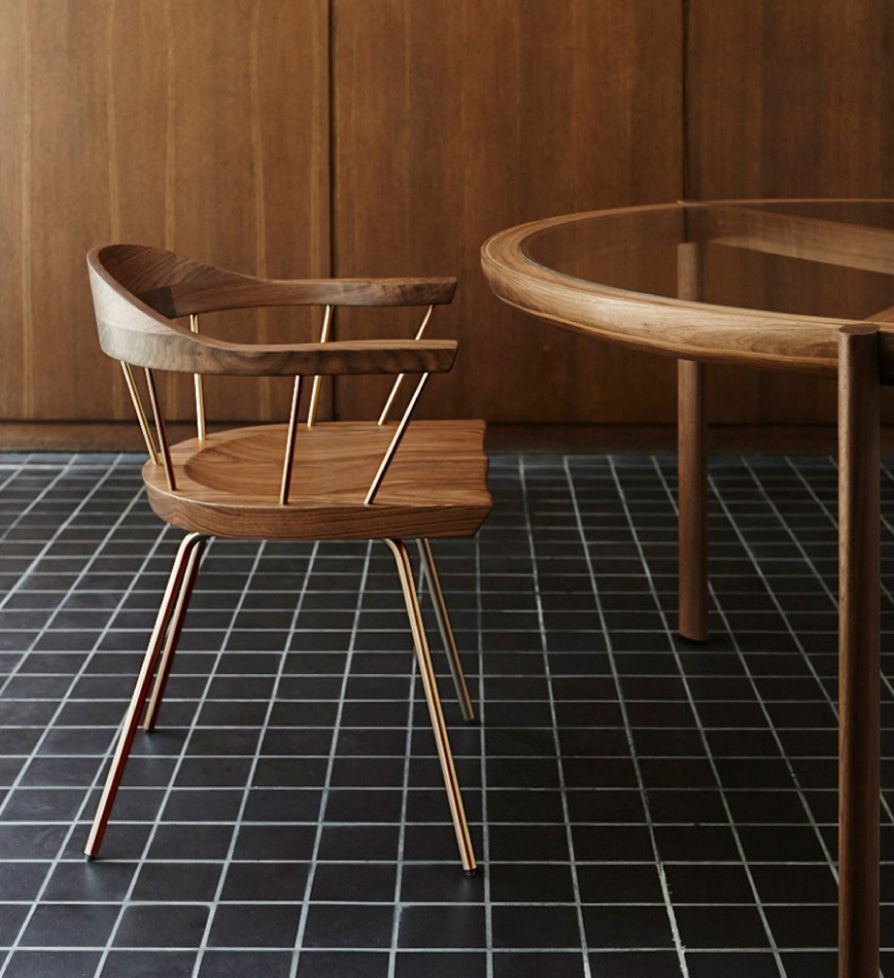 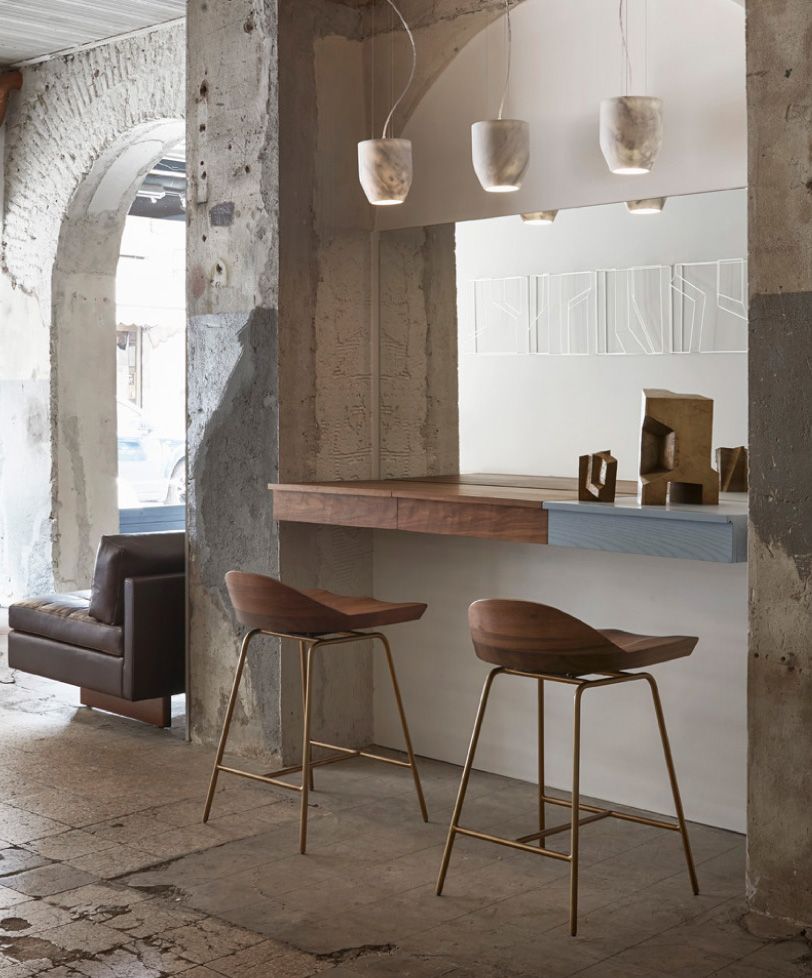 The BassamFellows Spindle Chair provided the blue-print for a sophisticated new wooden Counter Stool (shown in Walnut and Brass). 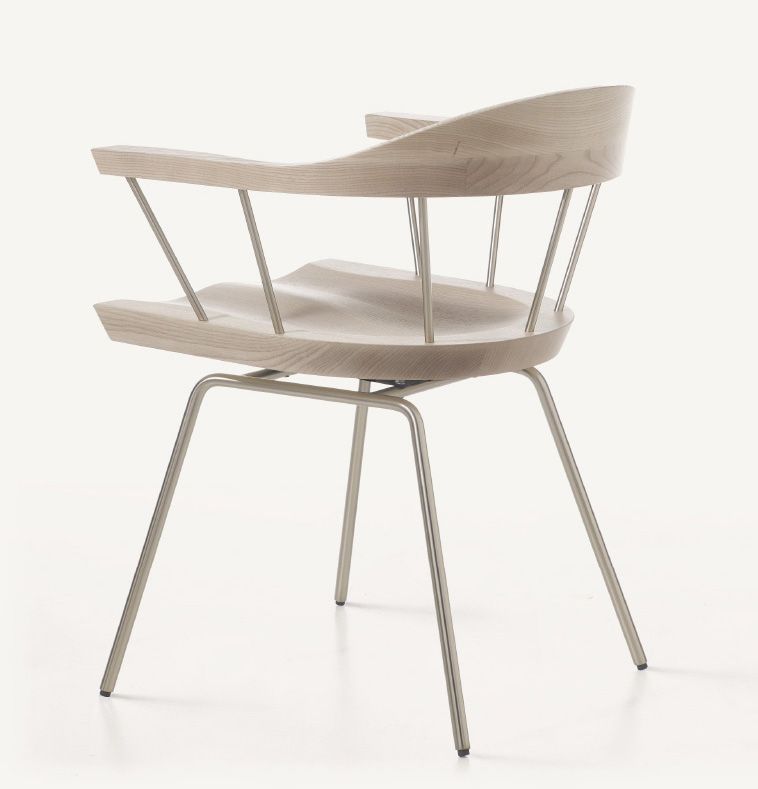 The distinctive CB-28 Spindle Side Chair, shown in carved solid white Ash and Satin Nickel, is a modern interpretation of a furniture staple. 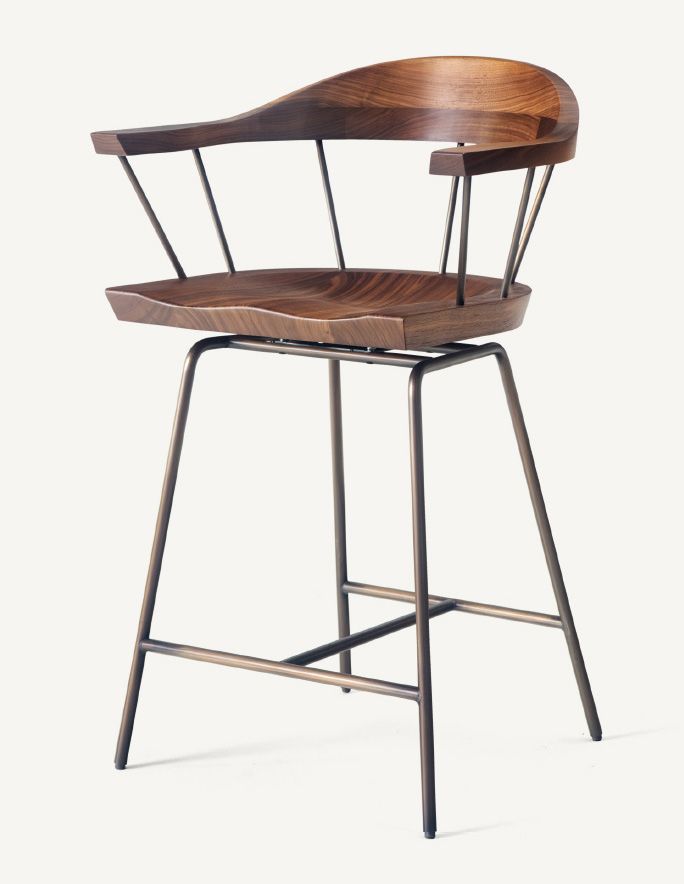 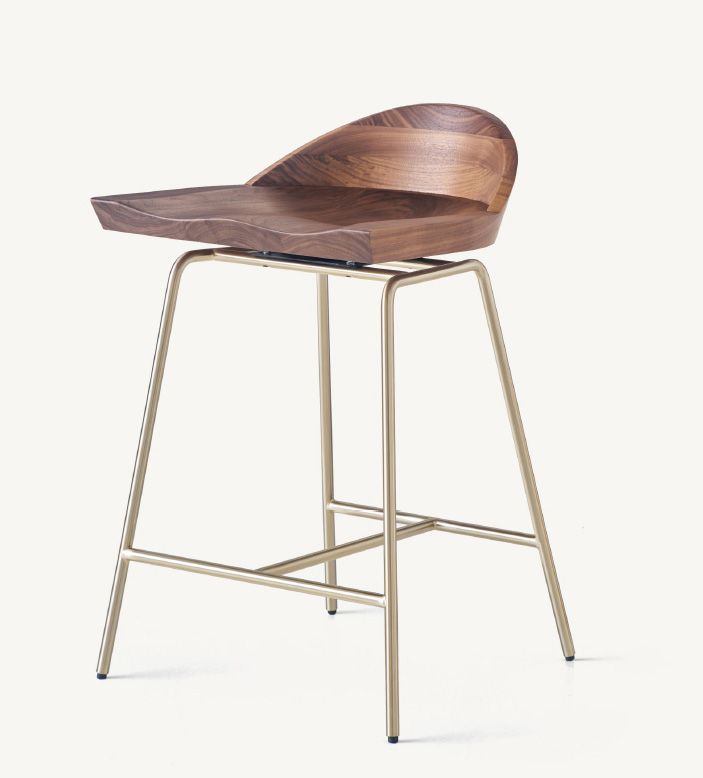 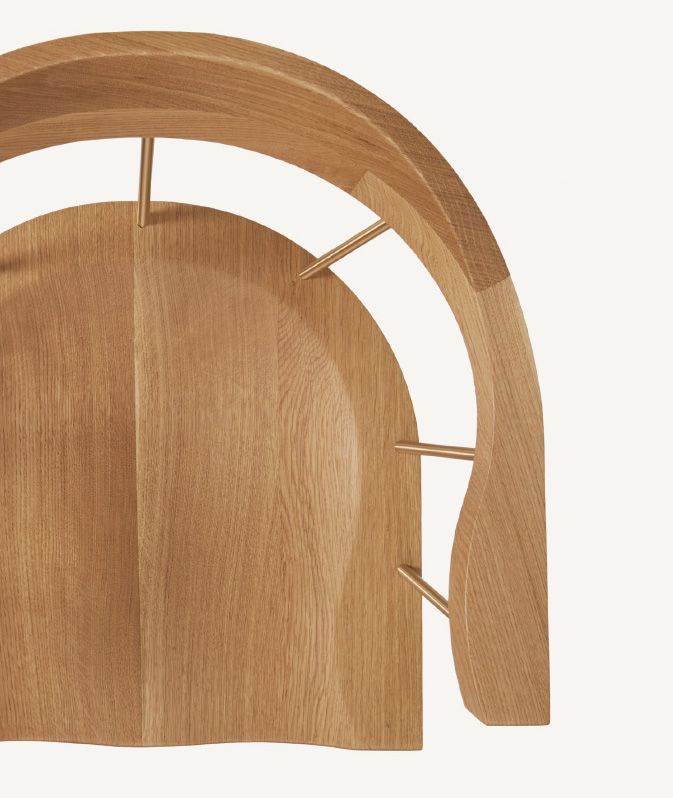 Since its release in 2013, the Spindle Chair’s distinctive silhouette has appeared in a vast array of celebrated commercial and residential interiors. Shown in White Oak and Satin Brass. 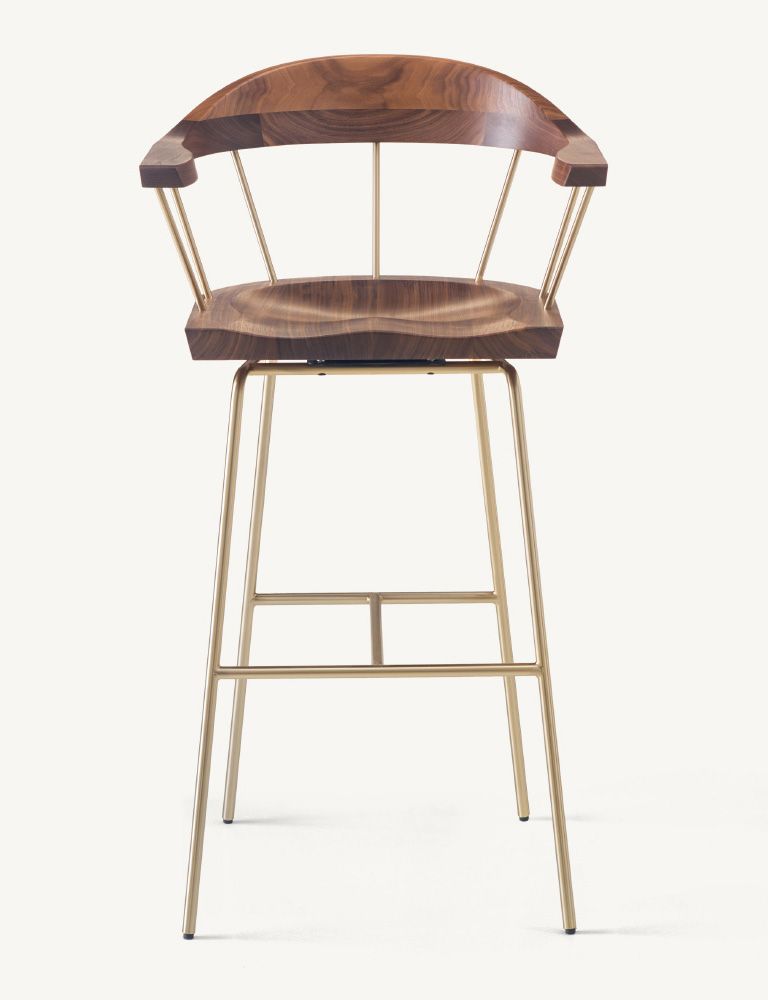 In ebonized ash, the BassamFellows Spindle chair exudes elemental simplicity; with its distinctive silhouette, it has become a modern furniture classic.