“Can one live in the Tugendhat House?”

That was the question posed in 1931 by a German magazine in reference to a startling new home in Brno, Czechoslovakia designed by Mies van der Rohe. As critics debated the merits of modern architecture, who better to weigh in than the home’s inhabitants Fritz and Grete Tugendhat. Their response? An emphatic yes.

The Tugendhats commissioned the incredible house in 1928 based on lengthy discussions with Mies and visits to his existing residences. The subsequent design was painstakingly tailored to their requirements (necessities included a temperature controlled “moth room” for furs, a photography studio and living quarters for a chauffeur).

Sited on a steep slope overlooking the city, the house was radical from a spatial and structural point of view. The building is entered from street level into the upper floor containing the bedrooms. A spiral staircase descends into the home’s awe-inspiring centerpiece, a vast open-plan living room, which features a range of flowing spaces demarcated via a number of innovative and opulent built-in components. The service rooms and a photographic studio occupied the lower floor.

Virtually every element of the home, an early example of Mies’ concept of “universal space,” was remarkable for its time. It was the first pure steel frame structure used for a private house and technical innovations included electric window-lifts, which allowed the floor-to-ceiling windows to retract into the floor, and a revolutionary ventilation and air-conditioning system. Other visionary elements included its integrated landscape design, which covered the façade and roof terrace in climbing plants.

For all its technical virtuosity, visitors seem to be most struck by the villa’s overwhelming sense of luxury – truly the marriage of grandeur and minimalism (particularly when you compare it to Mies’ later commercial buildings in North America). Standing out among the many details is a large onyx room divider, made from stone sourced in Morocco’s Atlas Mountains. Other noble materials included Makassar ebony veneer, Italian travertine and hardwoods imported from South East Asia. More than forty pieces of furniture were designed for the home, some of which are still in production today.

The sensation of being in the soaring open-plan space was described by Grete Tugendhat as “an entirely special calm that can never be provided by a closed space.”

The Tugendhat’s left the house in 1938, departing Czechoslovakia in advance of the threatened Nazi invasion. The home itself didn’t fare so well: Mies’ remarkable structure complete with its sensational furnishings was plundered during the War. Bombs shattered the glass windows and the graceful grounds were used to stable military horses. In later years, the noble home was converted into a private dance school and a rehabilitation center. A feeble renovation was undertaken in the 1980s.

Today the villa has been restored to its essence following a painstaking renovation. Bringing the building back to its original form took two years, a process that restored technical features and faithfully employed almost all of the materials originally chosen. Now open to the public by tour, the house can be experienced as the Tugendhats envisioned it: with it’s incredibly beautiful spatial proportions, exotic details and sublime landscaping intact. It’s a remarkable experience for any architectural fan.

The house’s rebirth – which makes it the most well preserved Mies building in Europe – is particularly remarkable given its turbulent history. The villa’s sense of majesty, design authority and eminent livability endure. When you consider Mies’ elegant expression of universal architecture, not to mention the home’s subsequent uses throughout the 20th century, perhaps the question should have been “What can’t one do in the Tugendhat House?”

SCOTT FELLOWS: “Mies was always moving towards a universality in form, construction and use which he believed was the key to timelessness. This was most evident in his later buildings like Chicago’s Crown Hall. What’s fascinating and paradoxical about Tugendhat is it’s both Mies’ most specific project – everything from the architecture to the furniture to the art was specifically designed or selected for the Tugendhat’s requirements, yet it became one of his most universal – the house became an office, a stable, a school of dance, a children’s physiotherapy center, and a museum. This notion of universality is what allowed the building to remain relevant for decades and saved it from being destroyed – a true test of timelessness.”

Super Panda Circus: Don’t miss this new bar in the center of Brno, which serves handcrafted cocktails mixed by a talented and super friendly staff. We love their motto “Never Better Than Now.” 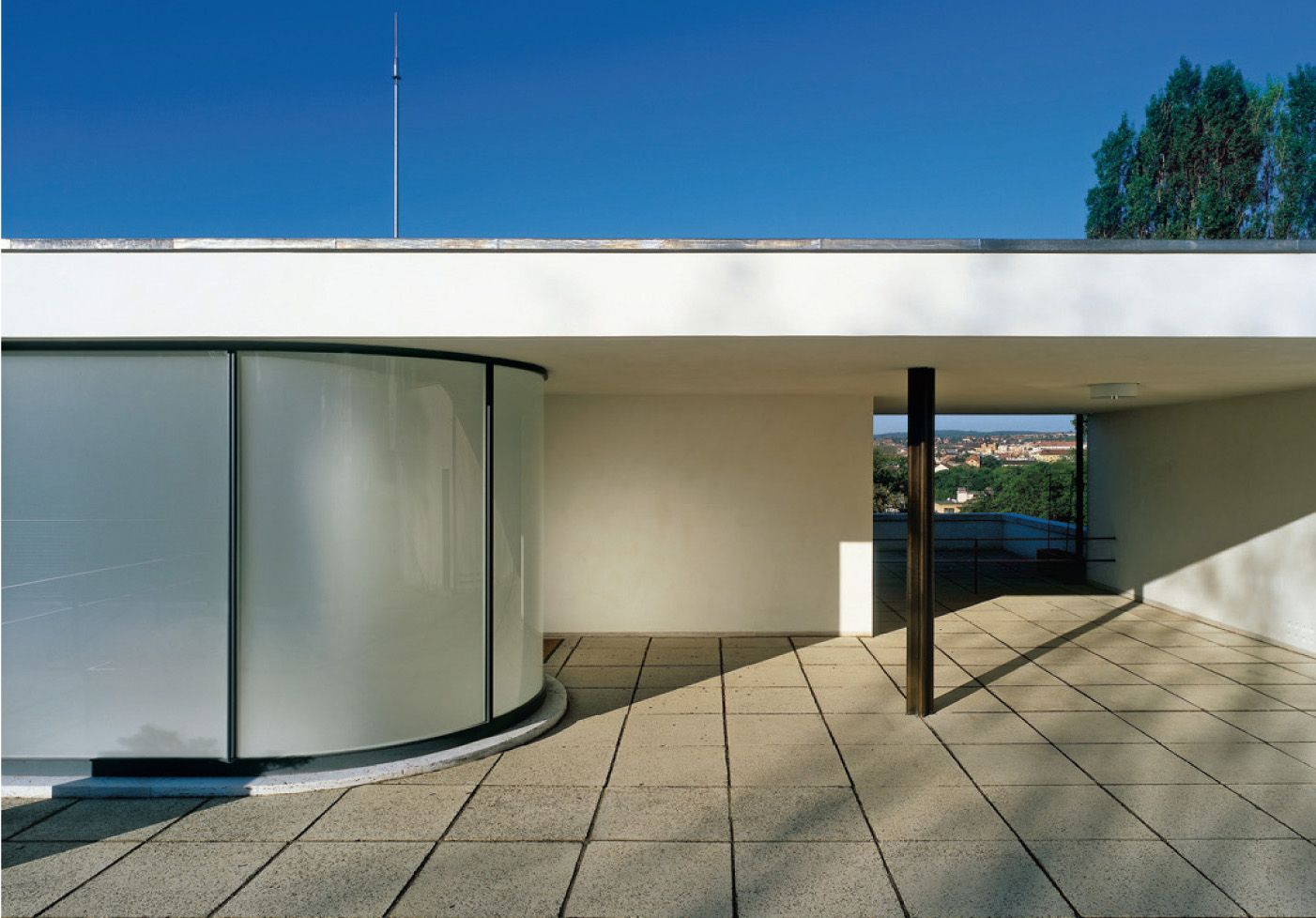 Sited on a steep slope overlooking the city, Villa Tugendhat was radical from a spatial and structural point of view. The building, which features a curvilinear entrance, is accessed from street level. 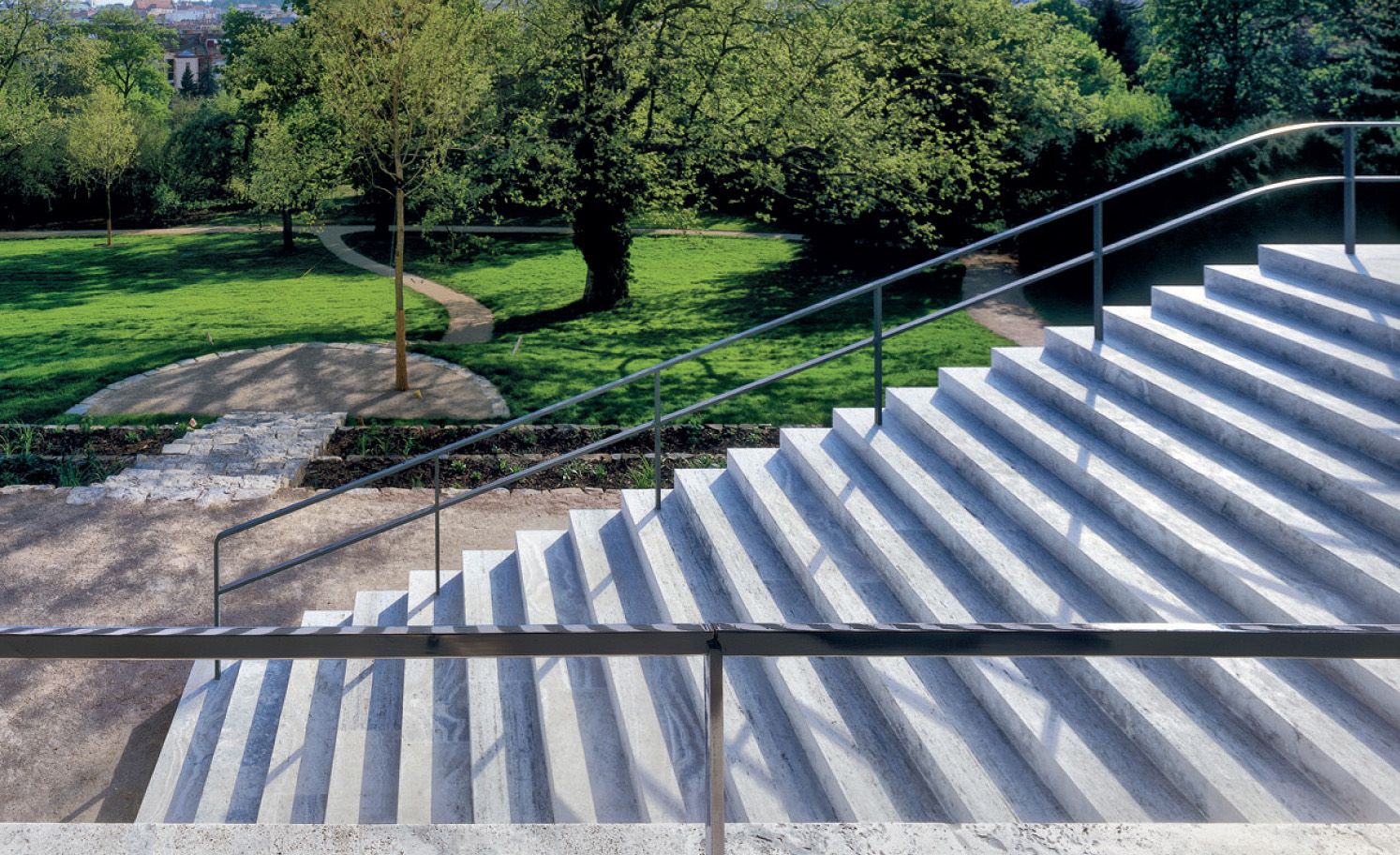 Travertine stairs lead onto the Villa's elaborate grounds. The building's

façade and roof terrace were also covered in climbing plants. 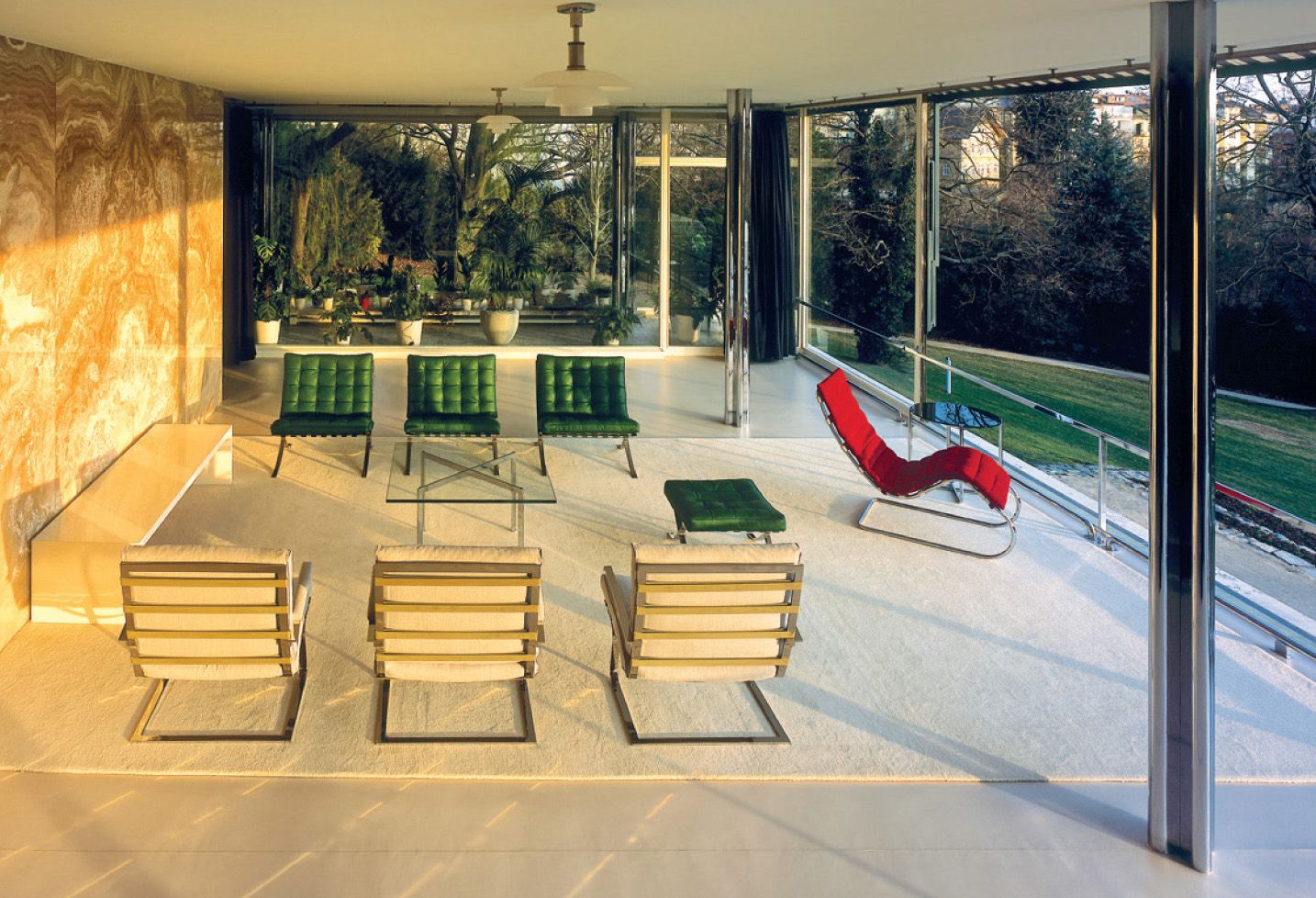 The home’s awe-inspiring centerpiece is a vast open-plan living room, which features a range of flowing spaces demarcated via a number of innovative and opulent built-in components. 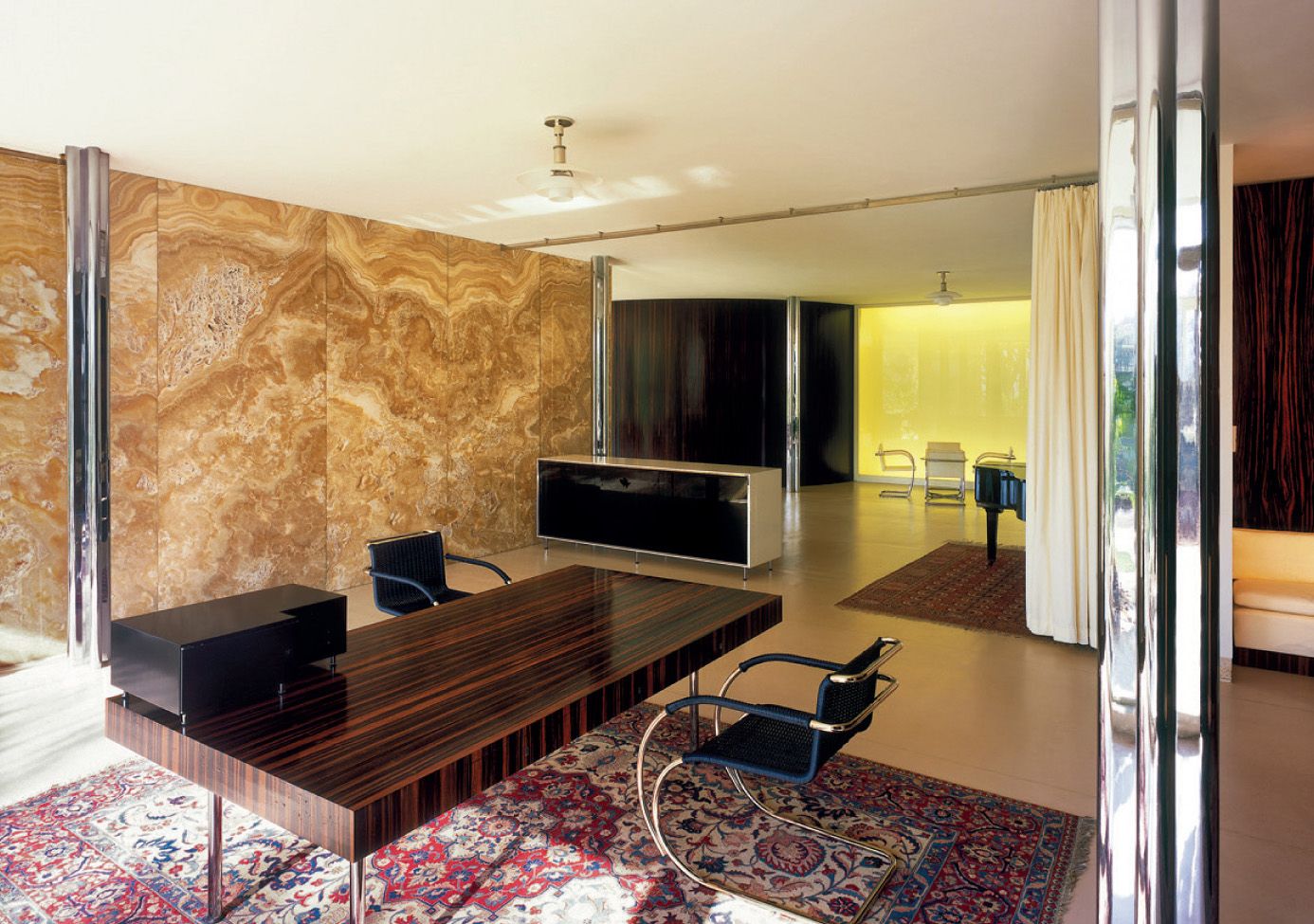 Standing out among the many details is a large onyx room divider, made from stone sourced in Morocco’s Atlas Mountains. 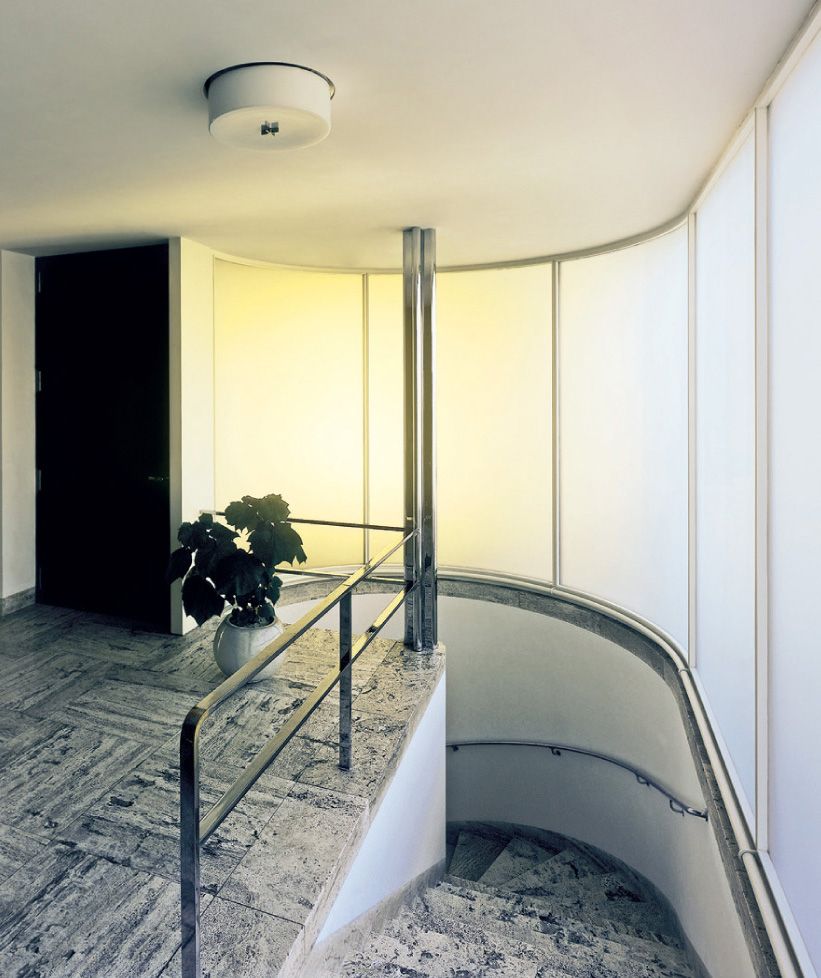 A spiral staircase descends into the home’s elaborate living room. 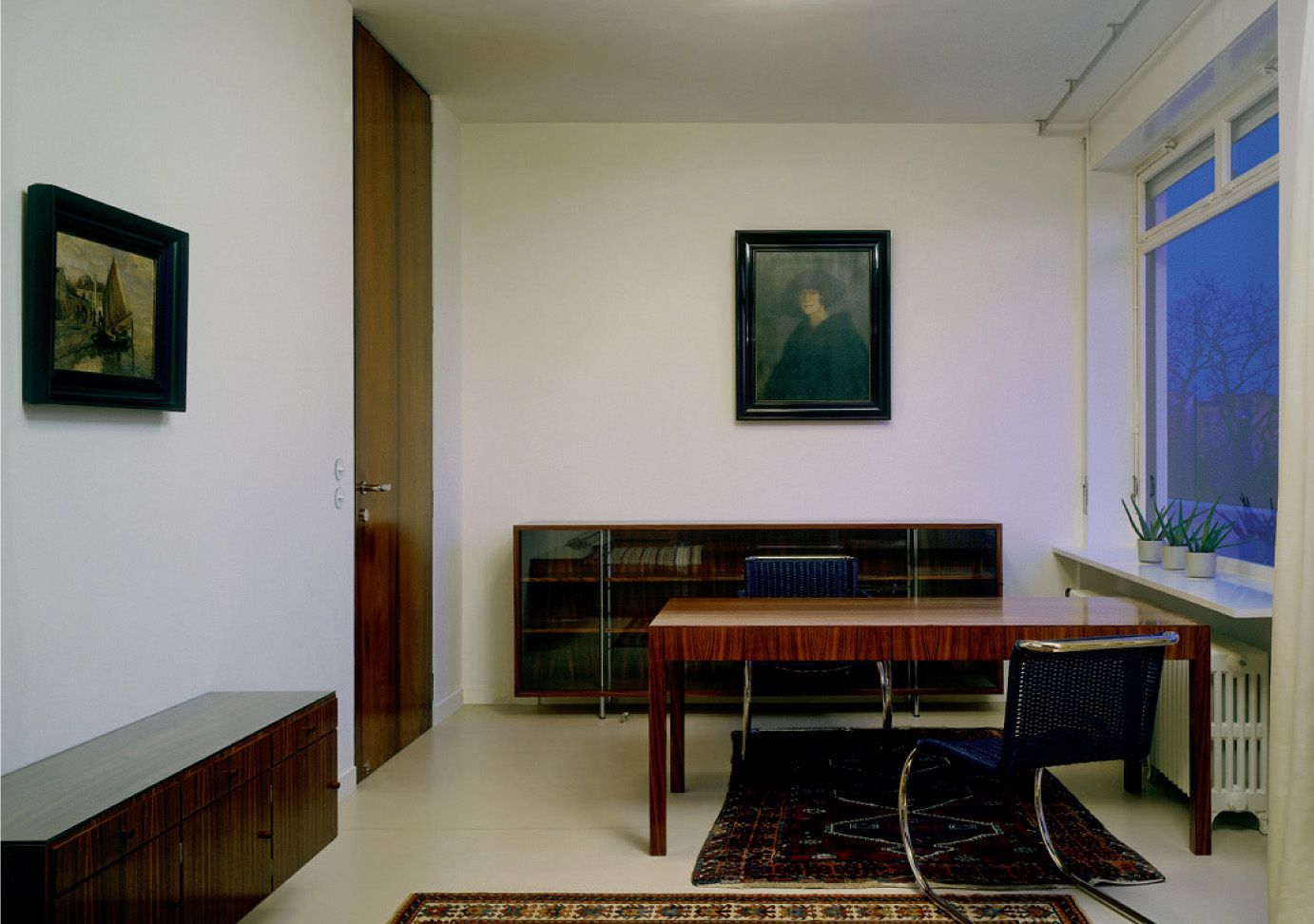 One of the villa's upper floor bedrooms. 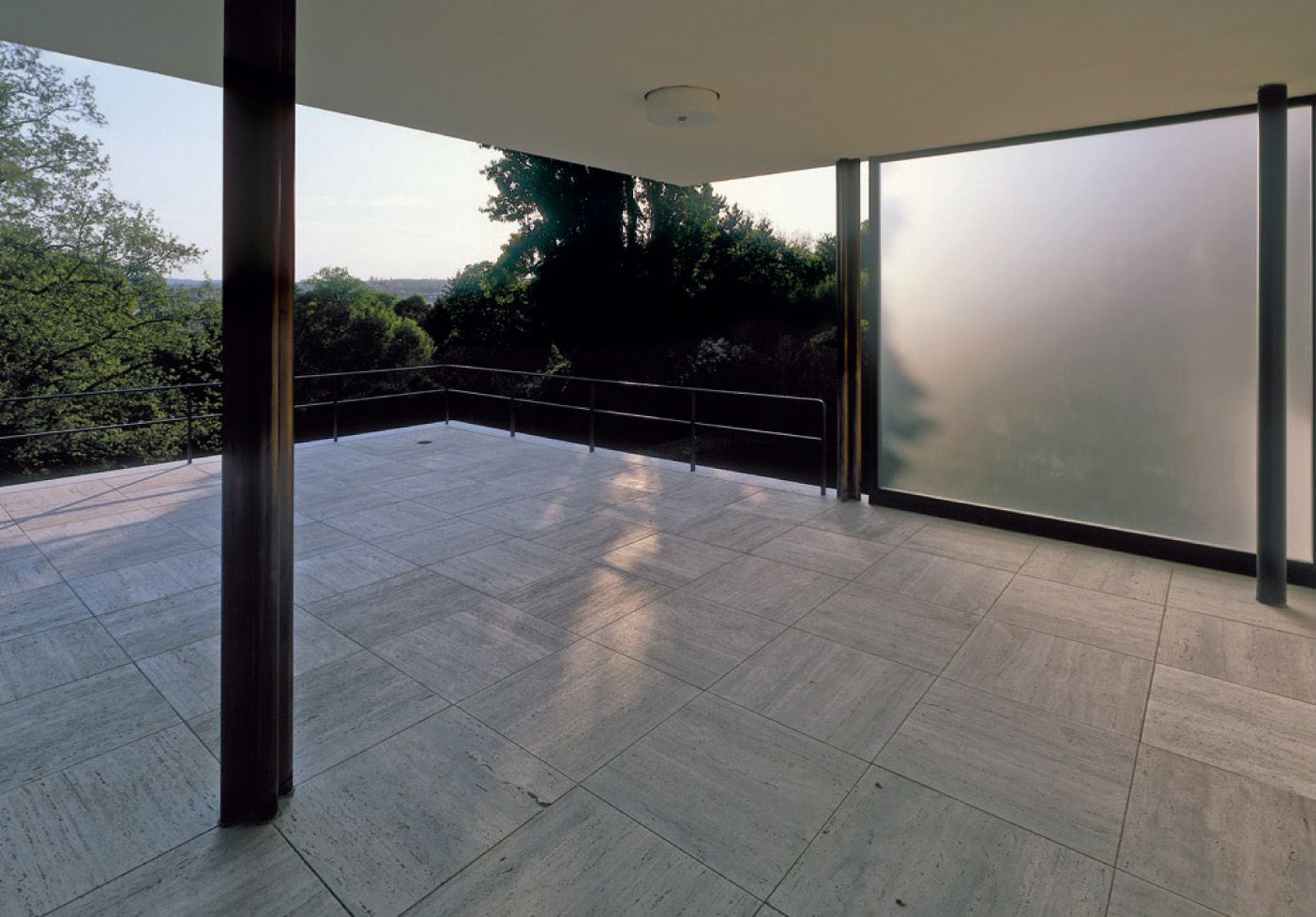 The house, commissioned in 1928, features sweeping views of Brno. 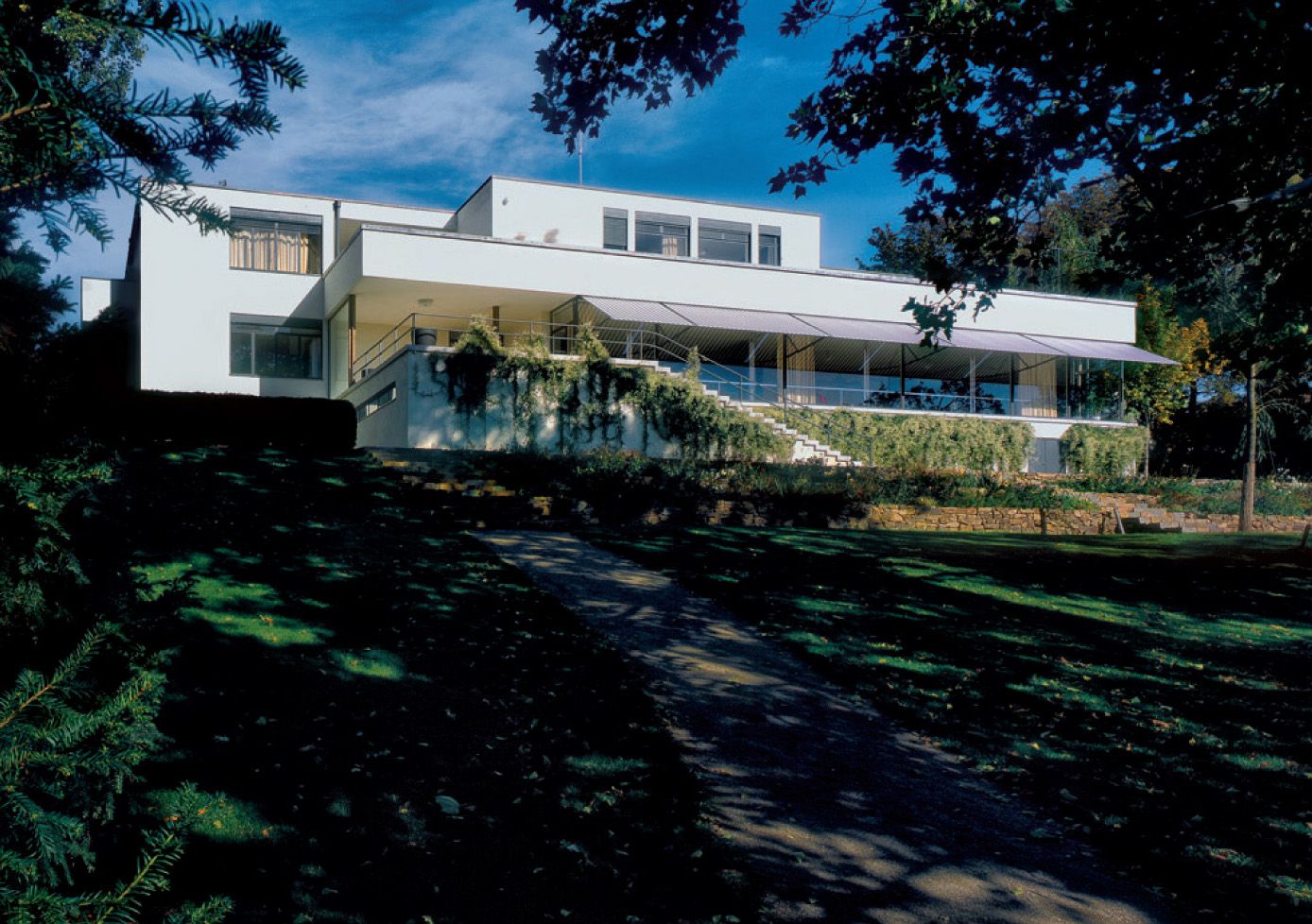 The house’s rebirth is particularly remarkable given its turbulent history. The villa’s sense of majesty, design authority and eminent livability endure. 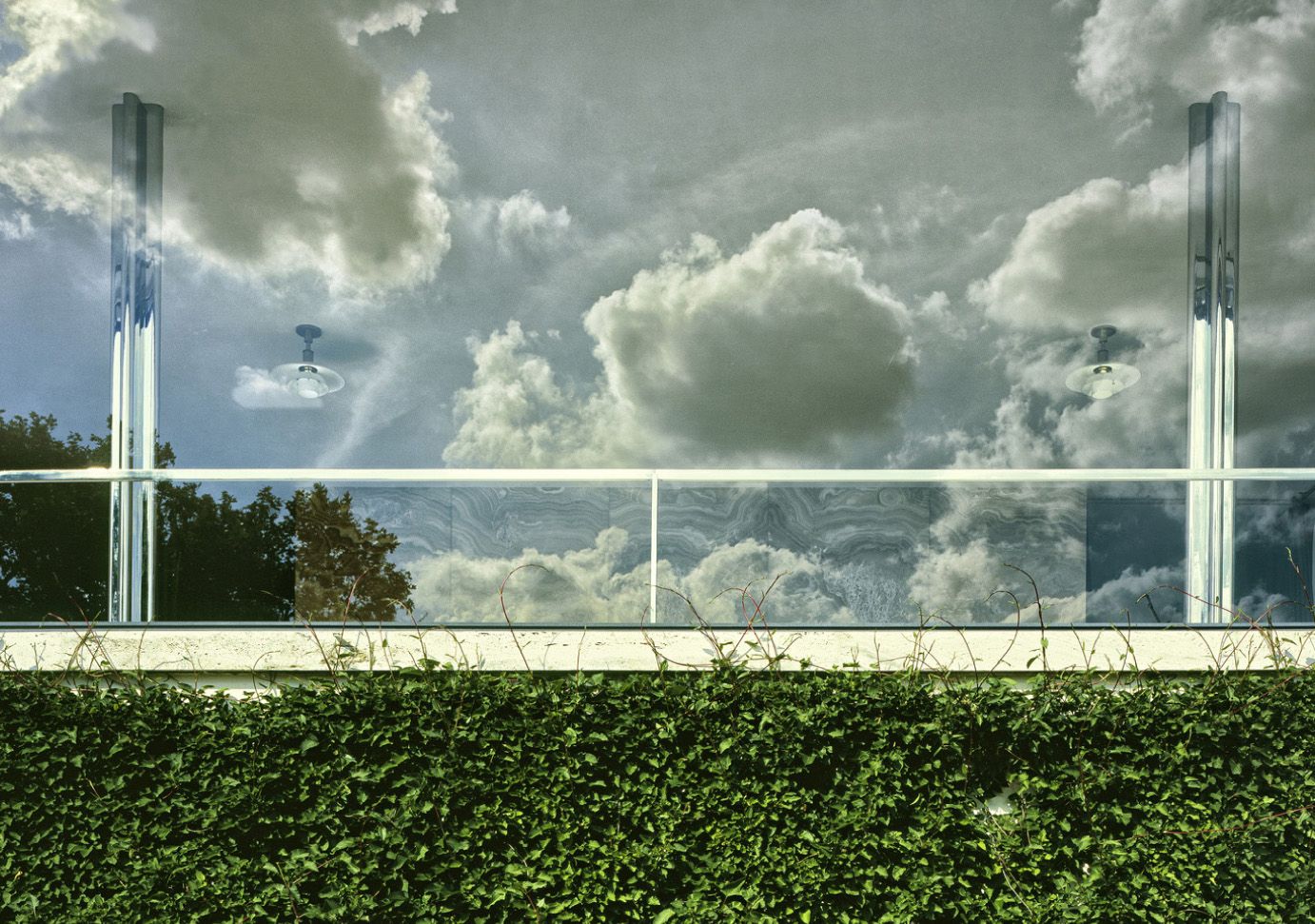 For all its technical virtuosity, visitors to the villa seem to be most struck by its overwhelming sense of luxury – truly the marriage of grandeur and minimalism.

All photographs by Libor Teplý