Creating the ultimate T-shirt is certainly not as easy as it may first seem. As with the perfect denim jean, the design process requires careful consideration of material, cut and details. Most often that balance is off-kilter, resulting in shirts that are too loose, misshapen or lacking quality and durability. Thus, after years of looking for the consummate T-shirts, BassamFellows decided to produce their own.

Believing that every good T-shirt begins with the thread, BassamFellows teamed up with Spagnol, an Italian manufacturer known for their first rate cashmere. A third generation family company, known for combining the latest knitwear technology with heritage technique, Spagnol was founded in 1949 by Leonello Spagnol, who began producing sweaters for the postwar Italian market. In the following decades the company expanded into overseas distribution and their flawless knitwear attracted the attention of some of the fashion industry’s most discerning labels.

There are many parallels between Spagnol and BassamFelllows. Both companies are dedicated to fine craftsmanship and innovative design. Each honor the intrinsic nature of the materials they are using, whether it’s cashmere, wood or leather. Both believe in anti-disposability, creating products that will endure for years and even decades.

Regular T-shirts are a time-tested modern essential. But when made in exceptional quality cashmere from the best Italian mills, a regular wardrobe piece is elevated to luxurious new heights. Fastidious attention was paid to the fabric’s weight and cut, with designs informed by BassamFellows passion for modern architecture and sensual design.

Cashmere is eight times warmer than sheep’s wool, whilst being much lighter, and the fabric is able to moderate body heat and regulate temperature. The shirts had to be appropriate for an evening in Southern California and also function as a base layer on the East Coast whatever the season. With their lightweight, high gauge and tailored fit, the T-shirts were made for an indoor-outdoor lifestyle and look just as good with a pair of worn denim jeans as they do with an impeccably tailored suit.

BassamFellows long sleeved cashmere T-shirt collection includes pieces for men and women in either single or double-faced, the latter available in contrasting colored layers for more visual impact. Despite their incredible lightness, the single layer shirts hold their form fitting shape and feature distinct details such as thin finished cuffs. The result: an heirloom quality product that combines the perfect utilitarian ease of a classic T-shirt with the luxury and nobility of fine cashmere. And unlike most cotton T-shirts, which tend to have life cycles measured in months, BassamFellows cashmere shirts will endure for years. 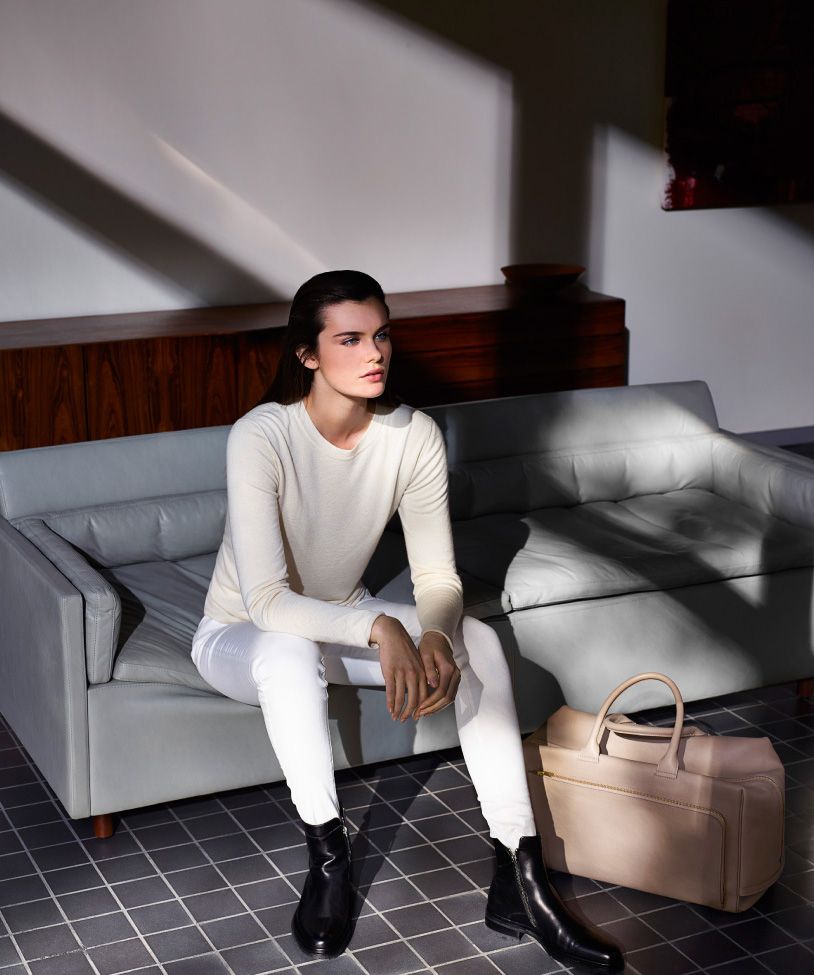 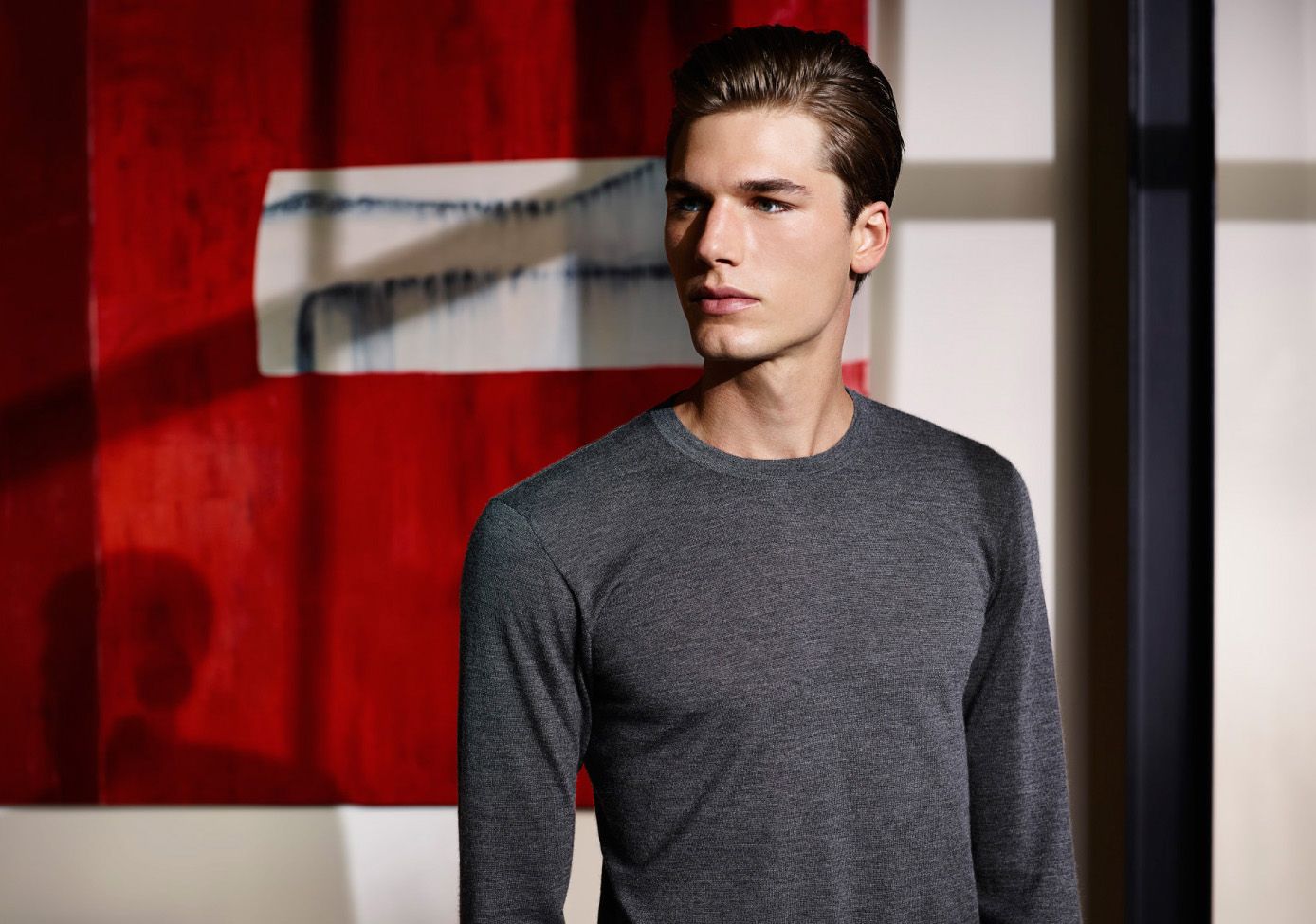 He wears Cashmere T in grey. 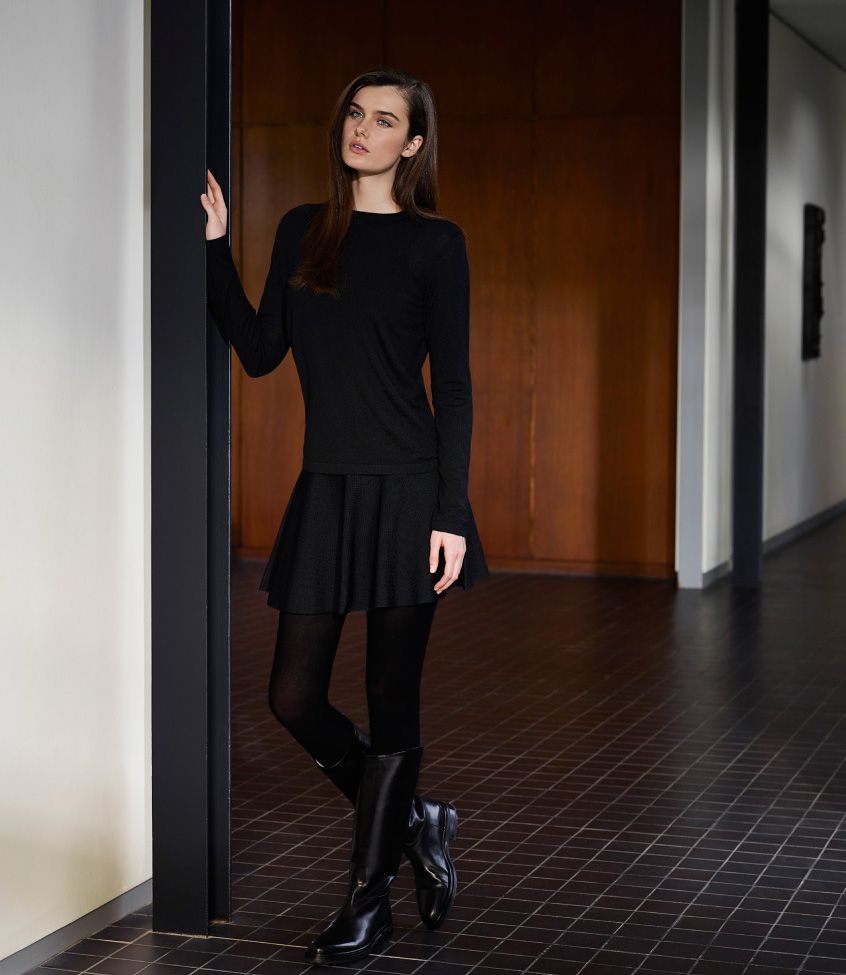 She wears Cashmere T in black with Hanover Riding Boot. 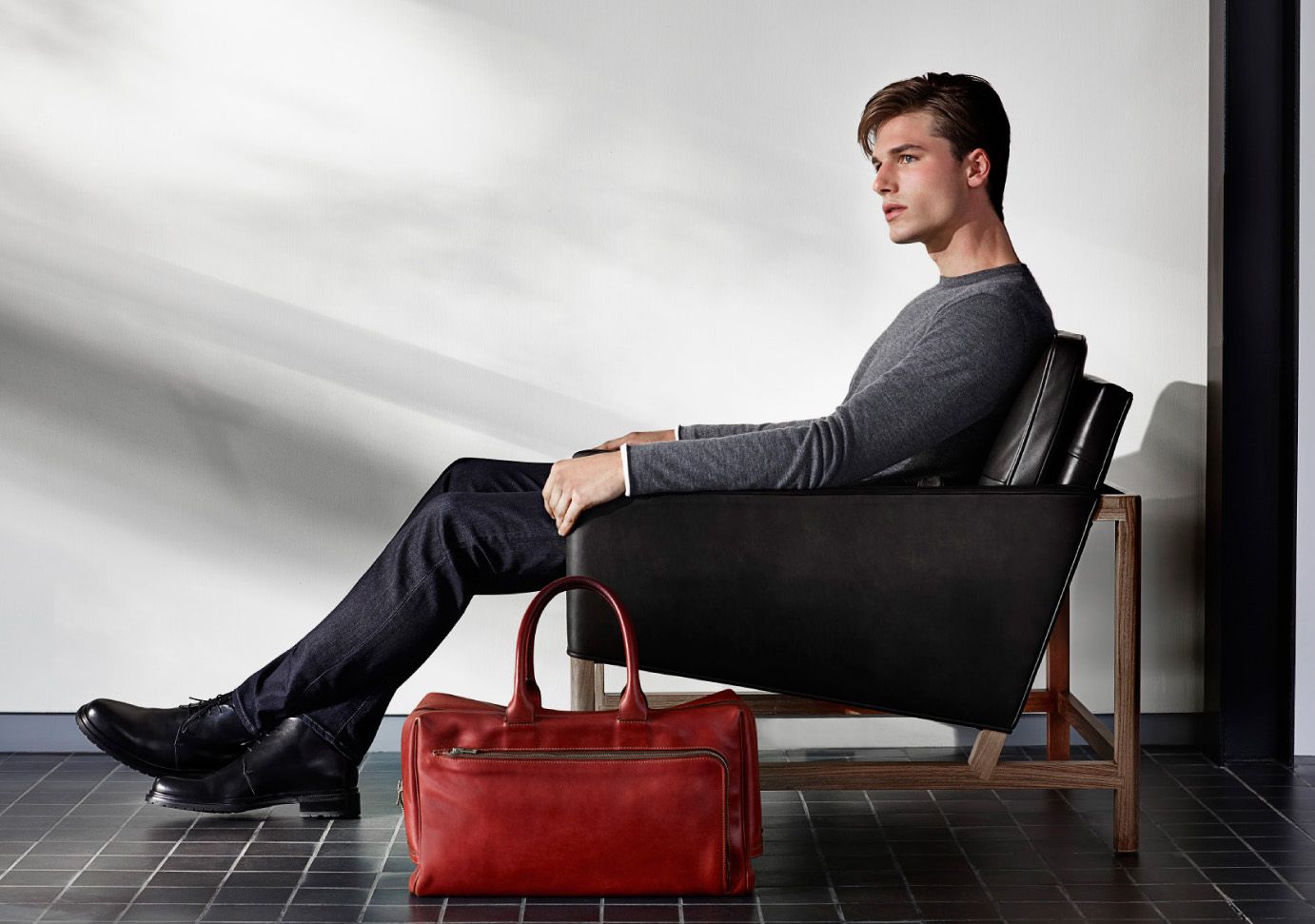