Italian industrial designer Achille Castiglioni famously declared, “If you are not curious, forget it.”

According to his daughter Giovanna, who is the vice-president of Fondazione Castiglioni, the organization dedicated to maintaining the designer’s legacy, that quote perfectly defines Achille’s life and storied career. To accompany Martyn Thompson’s photo-essay on Castiglioni’s beautifully preserved studio, we conducted a Q & A with Giovanna about the Fondazione and her father’s enduring impact on contemporary design.

Why do you think your father, Achille Castiglioni, endures today as an icon of modern design? Is it his ability to unite imagination and functionality (something that’s actually very hard to do).

Personally, I don’t like the noun icon, because to me he was a normal man. Achille said that form must follow function every time. It’s absolutely true that he bought together imagination and functionality. But a design had to solve a problem. Imagination comes next. I am happy to see his objects still in production. Achille is still alive through his projects.

How do you ensure the Castiglioni name remains contemporary?

We try to reissue projects that are out of production. Achille loved technology so we try to do the same; it’s a big responsibility for me and my brother Carlo because we have to choose carefully who we work with because we don’t know what he would want to do, as he’s not here anymore. But my father often said if you make a mistake it’s good. If you bomb, it doesn’t matter.

That’s great. As we tend to think of architects and designers as very serious people.

Achille said it’s important to not be too serious. I think it’s important, especially today, to add humor into a project if possible. Of course it must be functional and solve a problem.

How would you describe the impact your father has made on contemporary design?

Sometimes I wonder whether he has made an impact, as today the design world is so focused on speed and marketing, much like fashion. Today, objects go in and out of production within two years, whereas Achille’s focus was on designing something timeless. The ARCO lamp and many other pieces are still in production because they are very functional and they are relevant for life today.

Given the fast pace of the design world, what would you say to young designers?

Put your passion into every project. You must work as a team with other people and be humble. It’s really hard to be collaborative. This is why I choose Geology [as a career]. It’s really hard to follow a father like that, so I chose something really different. When I chose Geology I had no idea that my destiny would end up being the Fondazione.

What is the mission of Fondazione Castiglioni?

We have two important roles: to preserve the archive, and we are lucky because Achille left everything as it was so you can find invoices, technical drawings, prototypes, sketches. At the same time we open the studio to the public and in nine years we have received more than 40,000 people.

Tell us about a visit to the studio.

It’s not like an average museum. We give you the opportunity to sit down in the studio, touch things, you can smoke if you want, and you can hear the dog barking. It’s a normal life and feels very much like a working studio. We also collect stories from people and give stories back to people. It’s a dialogue. It’s so nice to host people from all over the world – designers, graphic designers, teachers, lawyers, engineers.

And it’s also a destination for exhibitions?

We organize a new exhibition every six months. I think it’s very important to have a place that’s still alive. I think you have to sense that Achille is still here. It’s a bridge between the past and the future. My feeling is that I’m on the bridge every day and I try to facilitate that dialogue.

In life, what is one thing your father passed onto you that remains particularly important?

Curiosity of course. Today it is more important than ever. In every job you have to be curious.

Do you have a favorite piece that your father designed?

Perhaps it’s the everyday light switch he designed that you can find everywhere for 1 Euro. It’s so simple and most people wouldn’t know he designed it. It shows if you have an idea you can switch it on. We all need lights every day. Also the Giovi Lamp, which he designed for me, was based on a small folding cup. Through his imagination he was able to take a cup and turn it into a lamp. 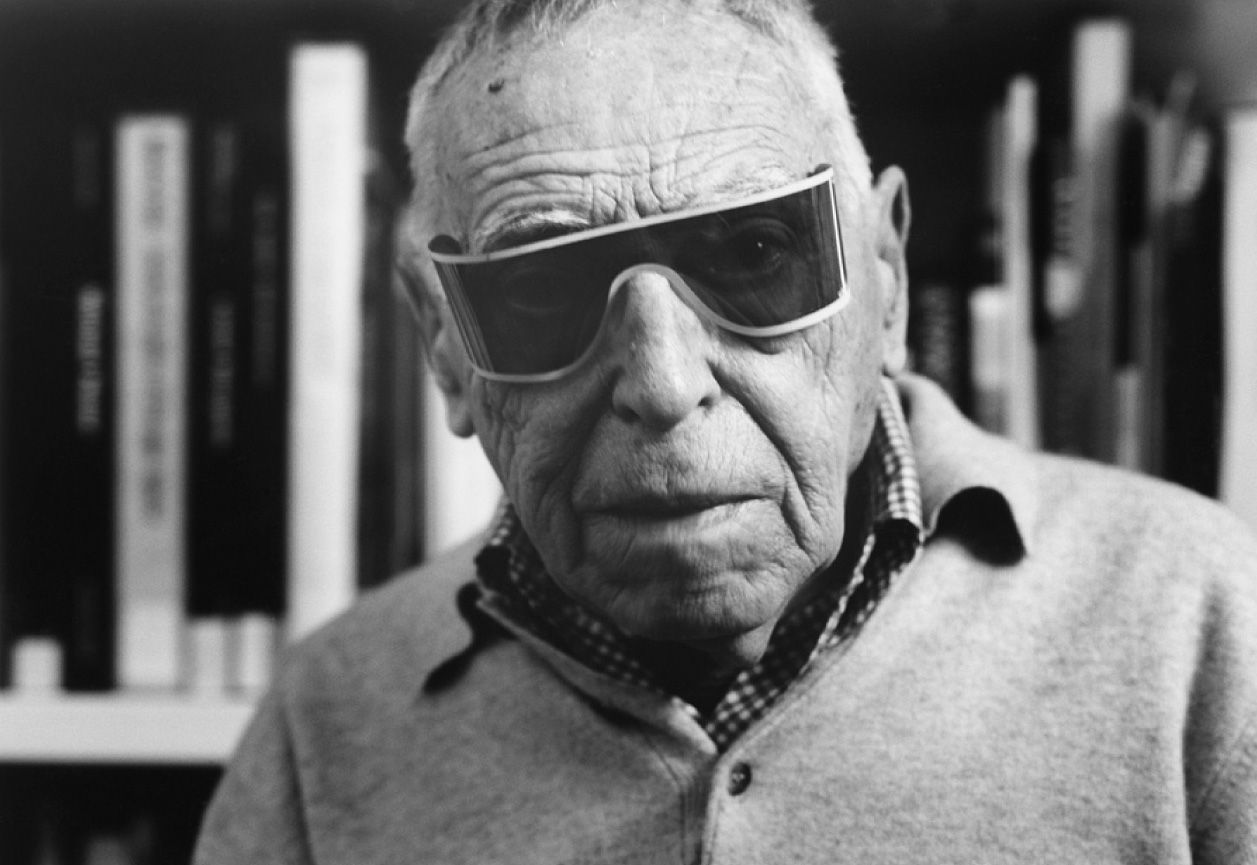 Achille Castiglioni, a giant of 20th century industrial design, at 84. 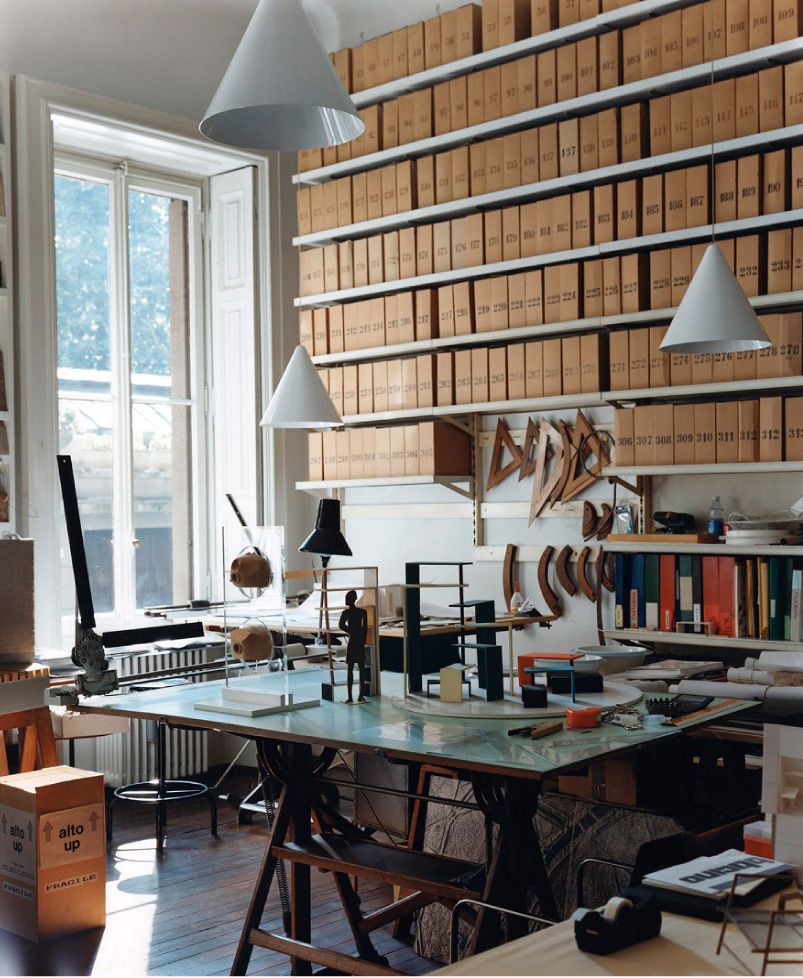 Not your average museum; Fondazione Castiglioni is home to Achille’s archive and ramains much as he left it when he died in 2002. 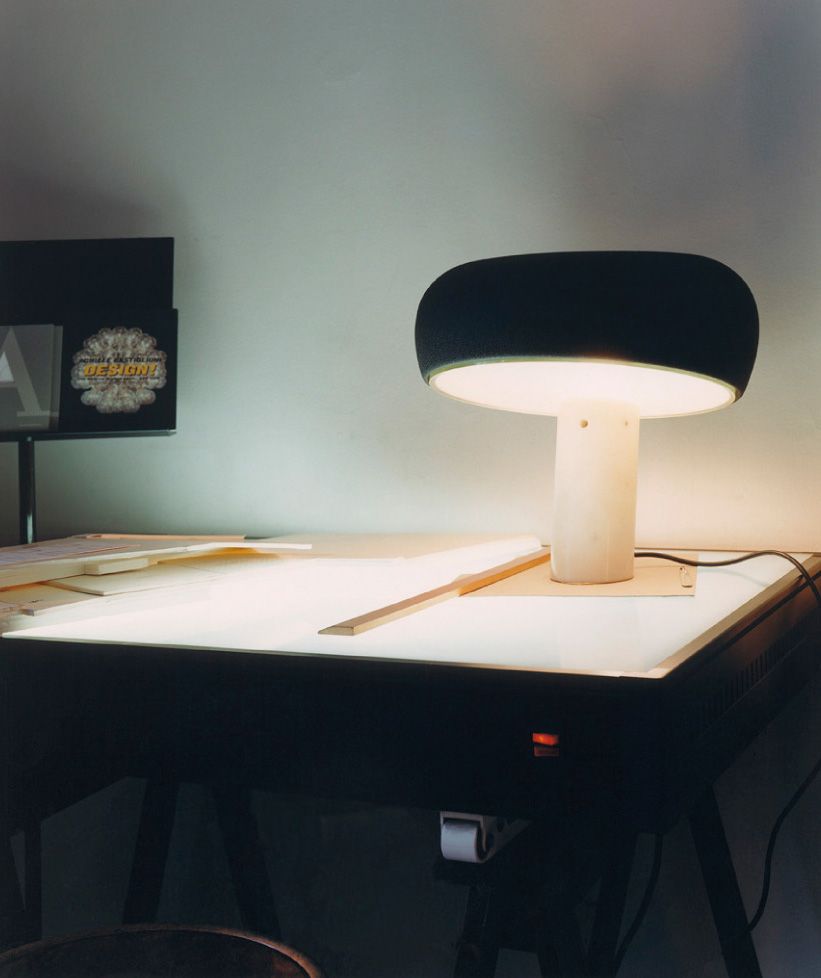 The playful Snoopy Table Lamp was designed in 1967. 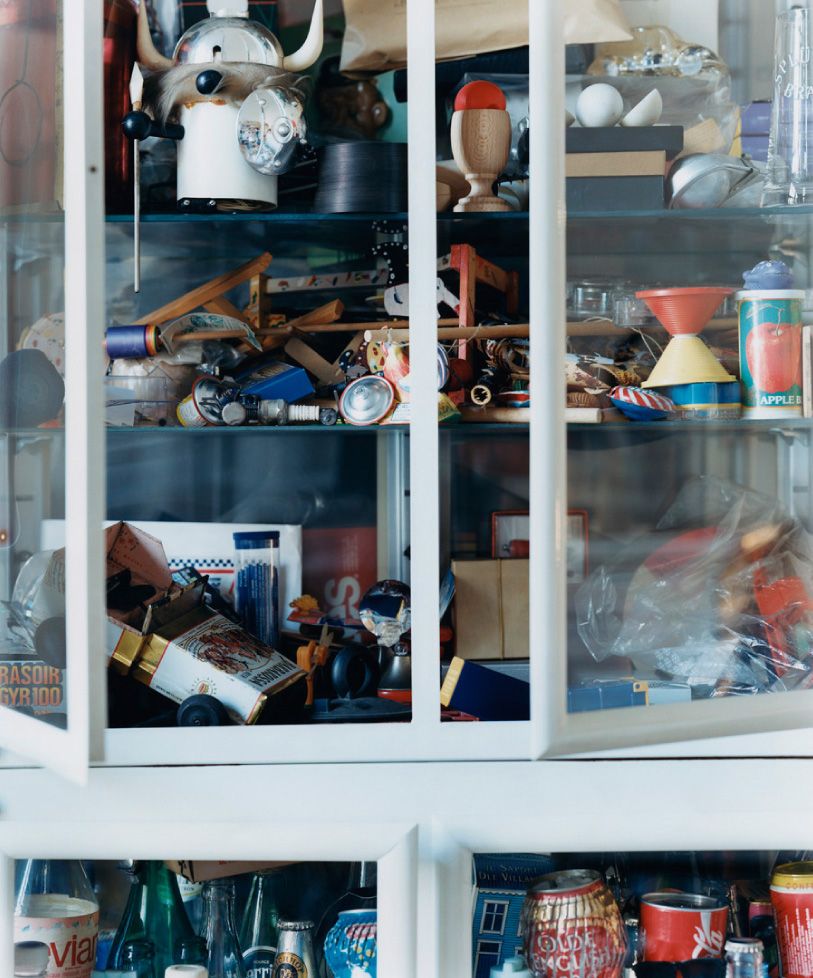 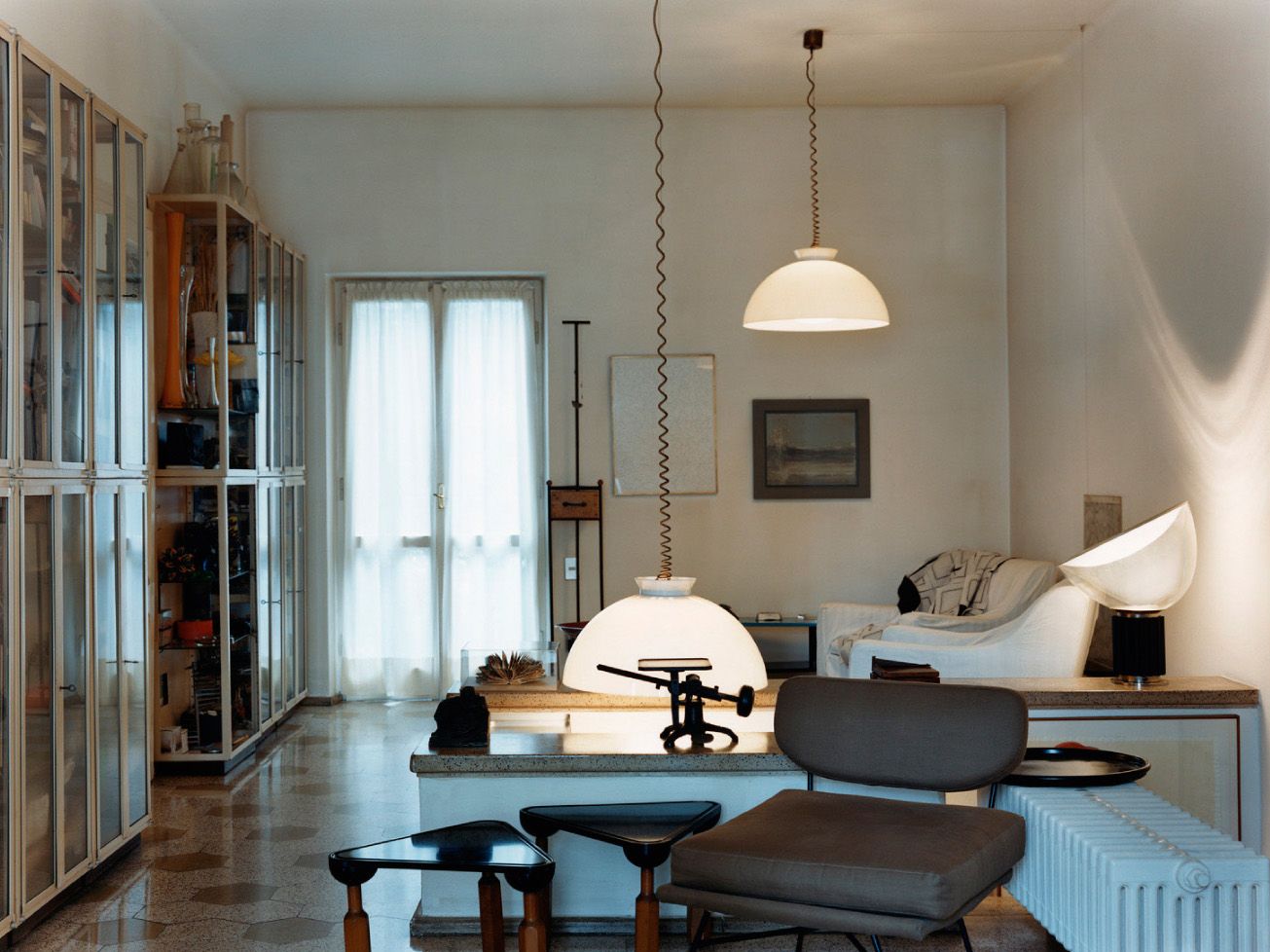 The Fondazione functions as a working studio, salon, and place where fans of Castiglioni can become part of the ongoing dialogue. 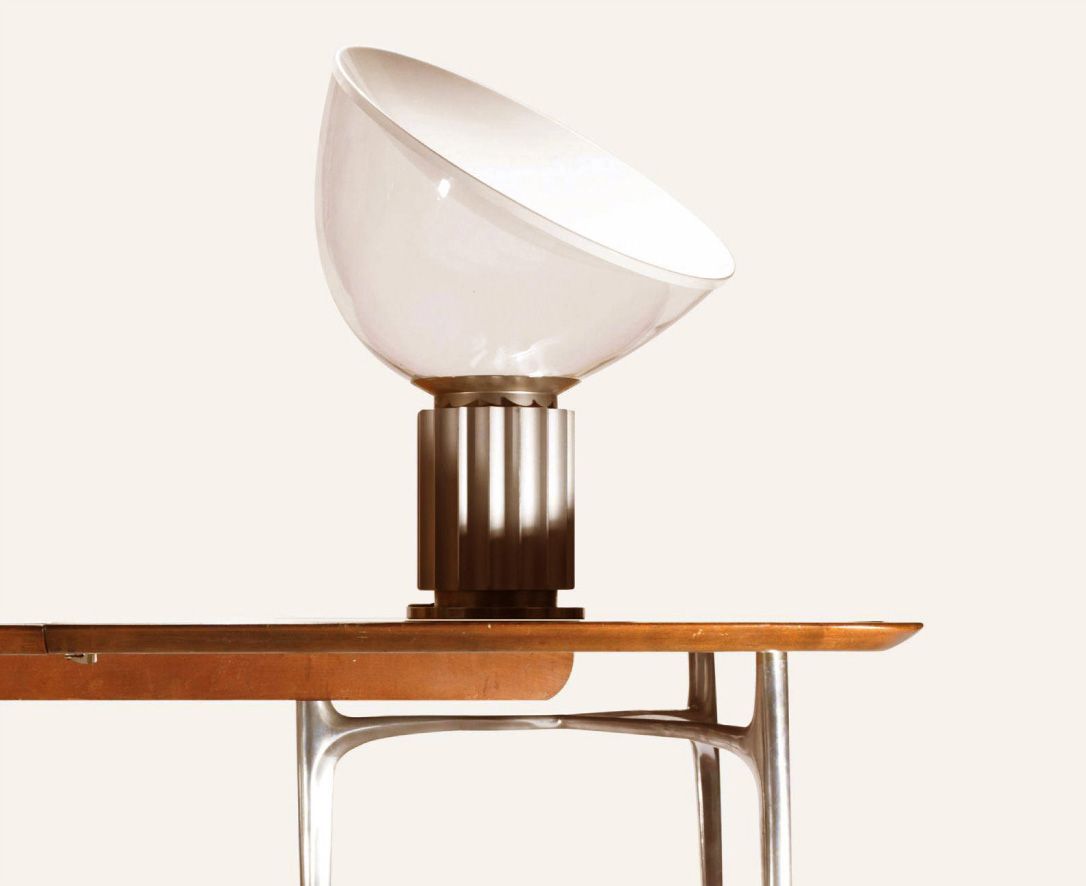 The Taccia Table Lamp was designed by Castiglioni in 1962.

Castiglioni was able to make the most quotidian objects, like these simple switches, ineffably beautiful. 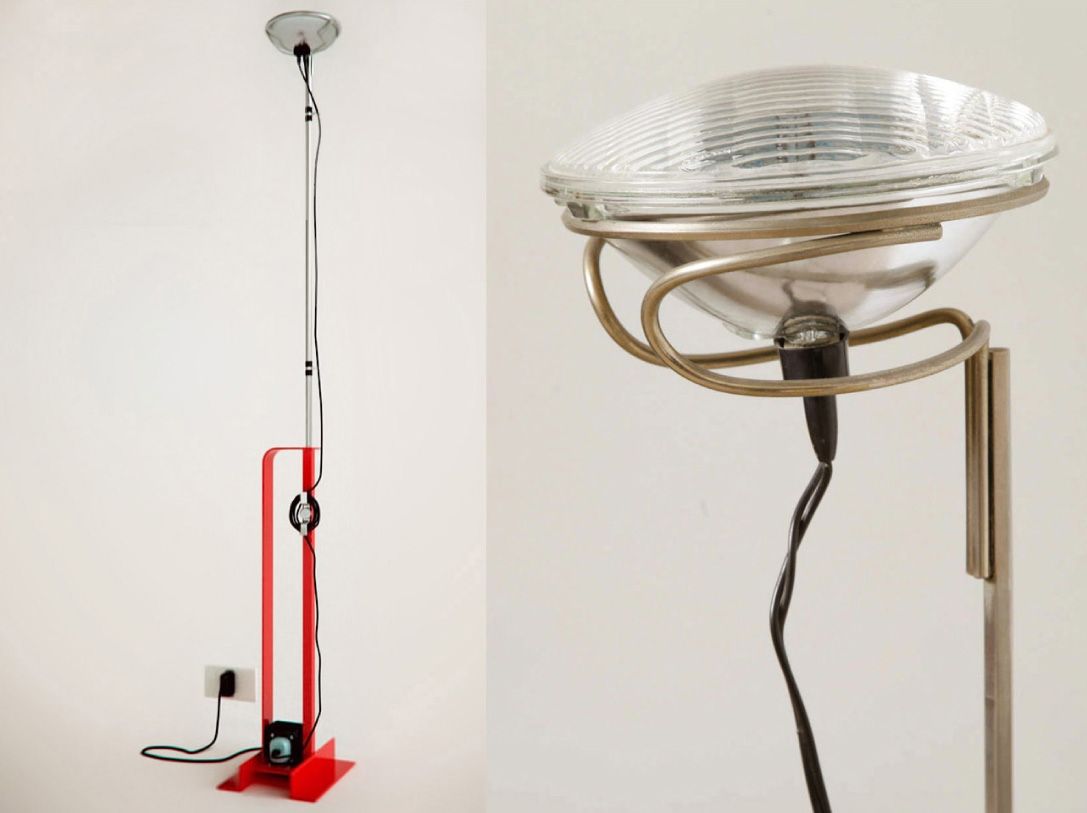 The Toio Floor Lamp, inspired by the headlamp of a car, was designed in 1962 by Castiglioni and his brother Pier Giacomo.

Castiglioni was the perfect subject for photographer Martyn Thompson, who loved the designer’s sense of organized chaos, including a collection of rubber stamps.