During this year’s Salone de Mobile in Milan, BassamFellows will introduce the work of sculptor Morgan Shimeld, one of Australia’s most celebrated new artists. Throughout the fair, Shimeld’s seven works will be displayed alongside new furniture pieces within the BassamFellows Lifestyle Gallery in Brera, making it the artist’s debut show in Continental Europe.

Having discovered Shimeld’s work during a recent visit to Sydney, BassamFellows immediately saw his outstanding pieces as a natural complement to the brand’s architecturally inspired, sensual minimalism. “The exceptional level of craft, attention to detail, and use of a timeless, high quality material gives each form a permanence that is rare in much of contemporary art,” says Scott Fellows.

Shimeld graduated from the prestigious Sydney College of the Arts in 2000. Having first trained in glass, Shimeld became drawn to bronze and steel crafting a distinctive body of work known for its architectural exactitude and illusory, abstracted forms. “Working with bronze is so rewarding, as it really captures the light in an interesting way. I feel that the shiny stuff just looks a bit too glossy and plastic-like,” says Shimeld.

The artist’s exceptional pieces, which exude the wonder of abstract artifacts, have attracted the attention of private collectors, international curators and judging panels, one of which selected him as a finalist in Sydney’s respected Sculpture by the Sea exhibition. Shimeld is a naturally process-driven artist, working manually and intuitively to bring each sculpture to life. “I don’t often use the computer and everything is handmade. My work becomes a process of adding and subtracting in order to create the final shape. There’s no formula, it just happens to unfold over time,” he says.

Diagrammatic or “traced” pieces, created from powder-coated steel, are transparent sculptures that invite closer inspection with their three dimensional shape-shifting structures and interplay between positive and negative space. “These pieces are more accessible with their lighter visual weight and architectural feel,” he says. By contrast, works cast or welded in solid bronze appear monolithic, an effect made more complex by the introduction of powerful contours and interacting prisms. Close-up, the sense of singularity is further enhanced by complex hand-finishes and patinations that soften reflections and emphasize unexpected details. 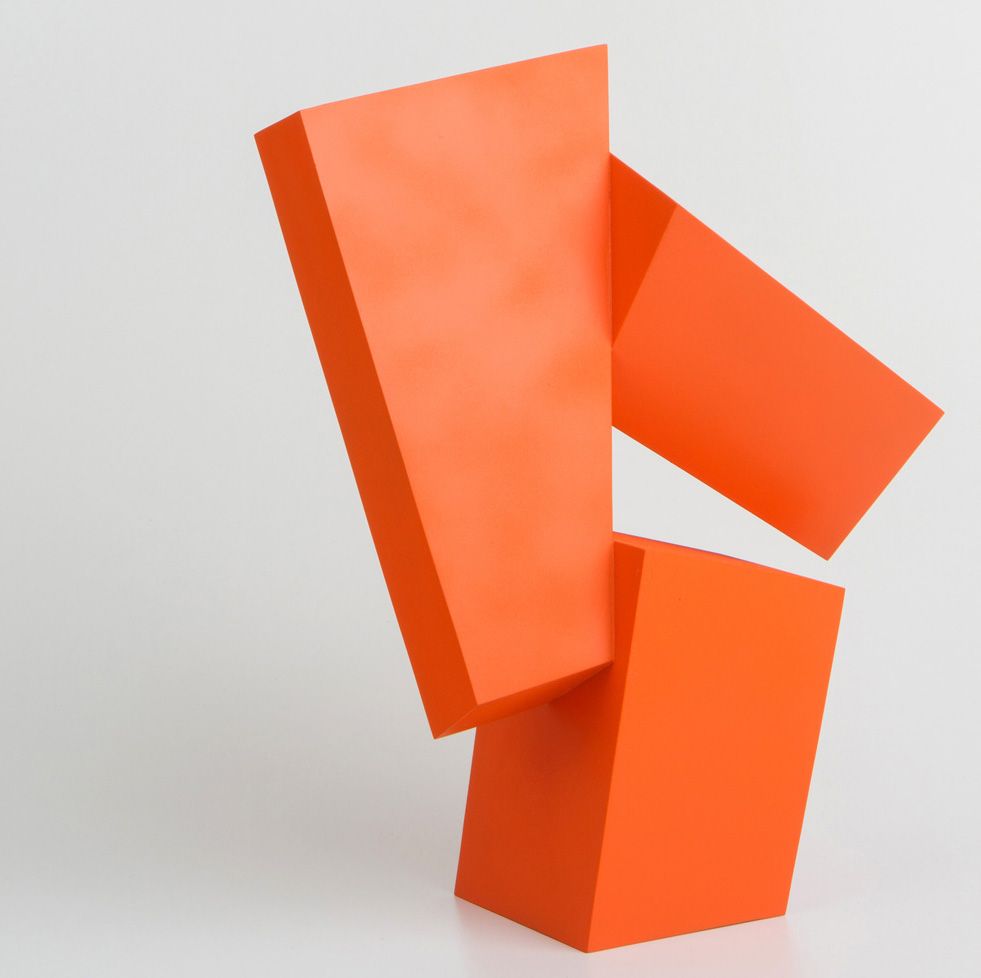 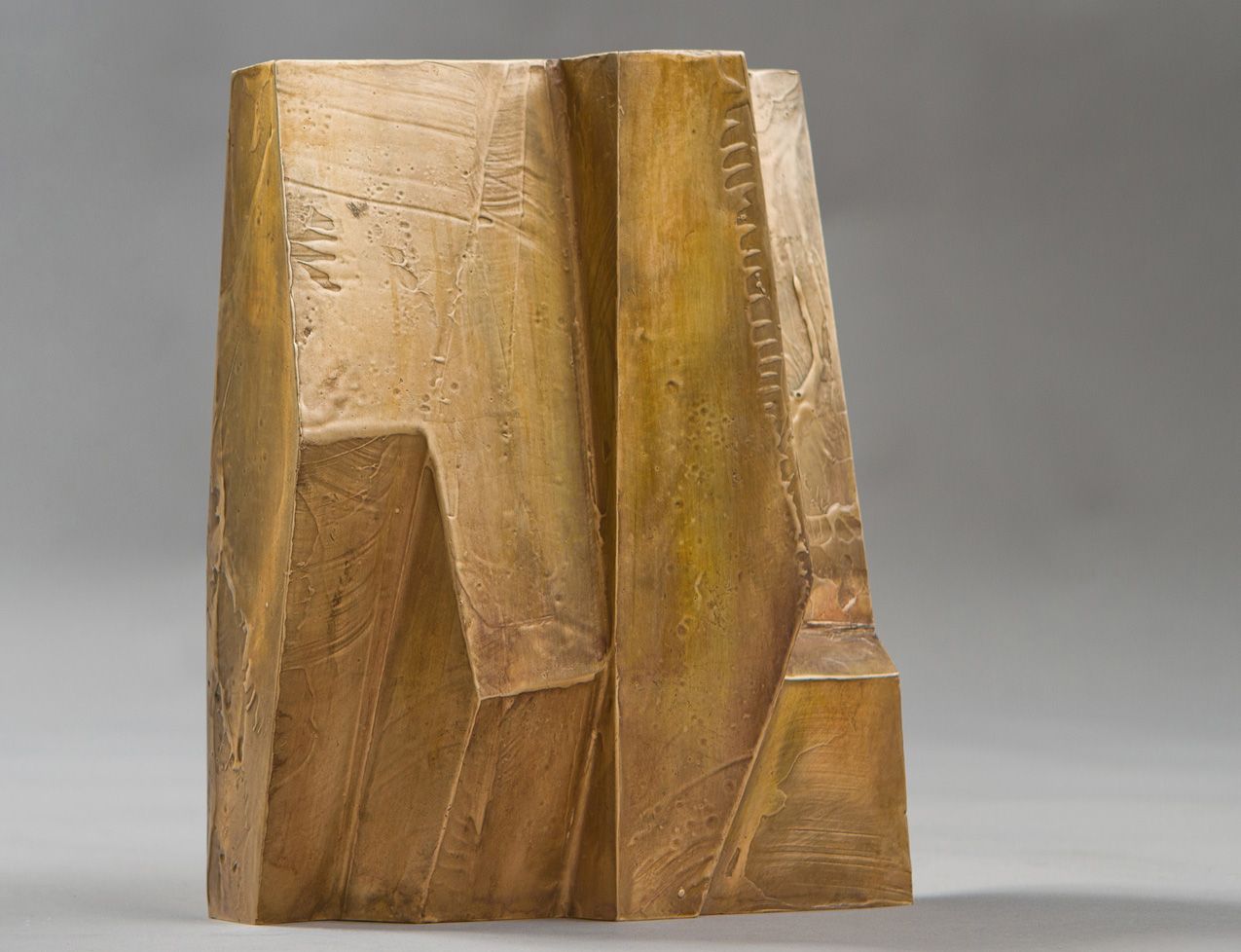 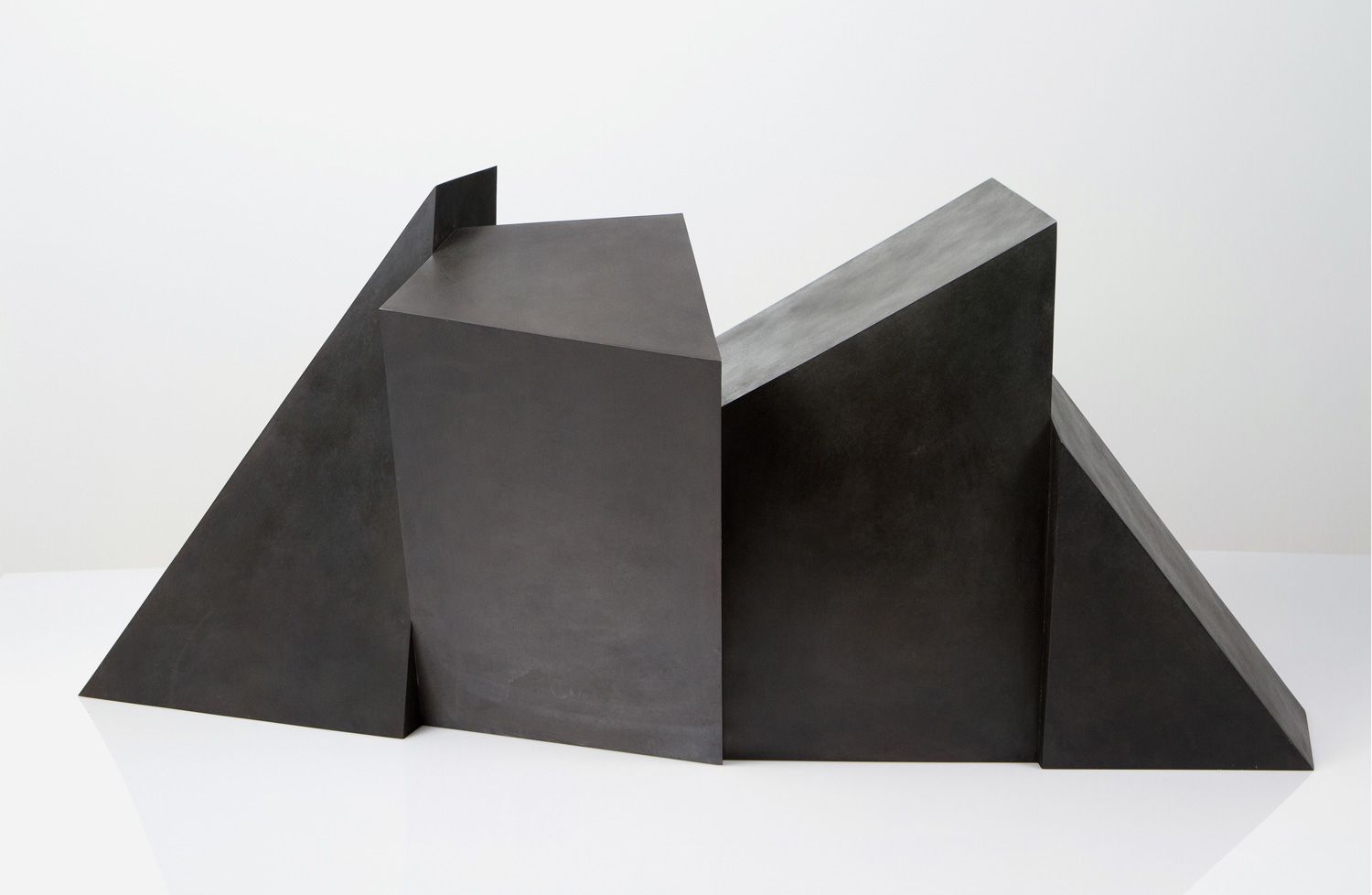 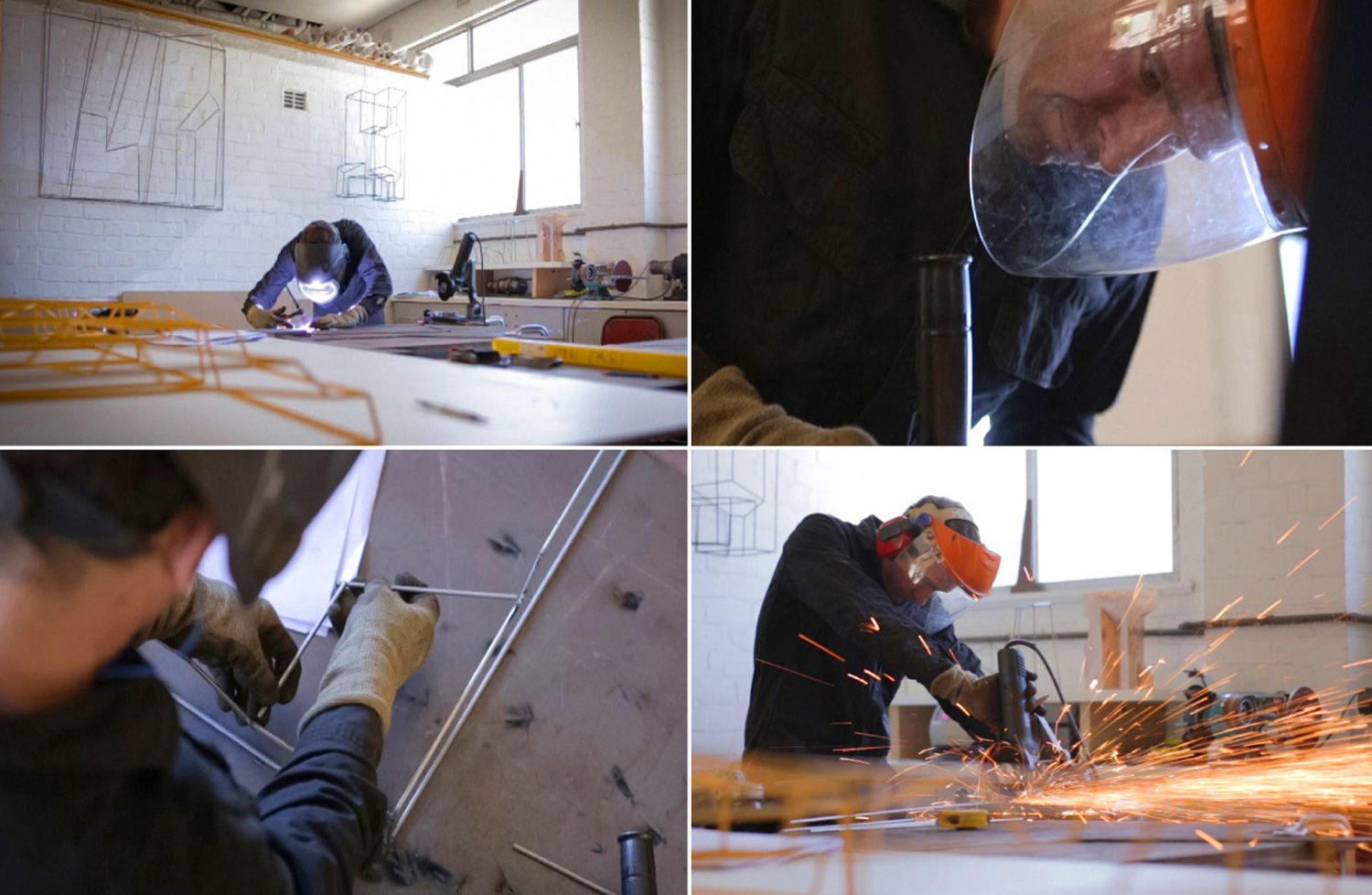 Pictured in his Alexandria studio, Sydney-based artist Morgan Shimeld is a naturally process-driven artist, working manually and intuitively to bring each sculpture to life. 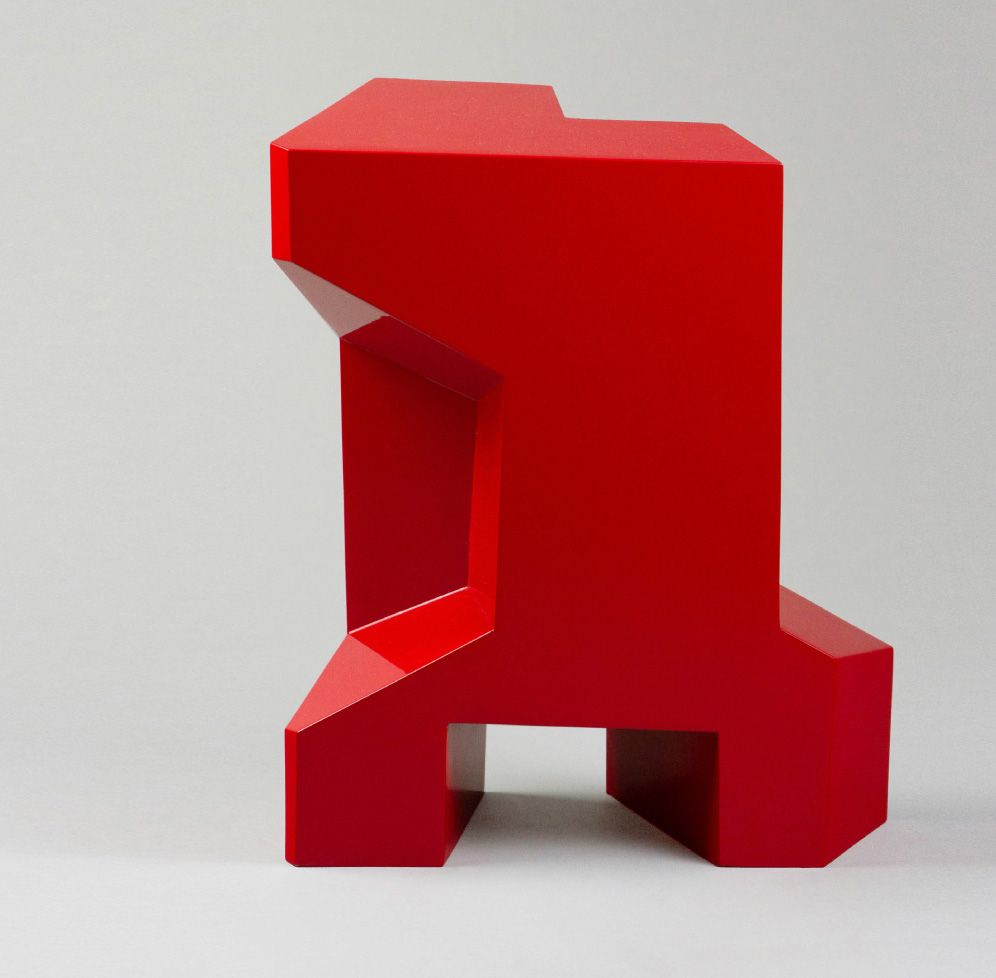 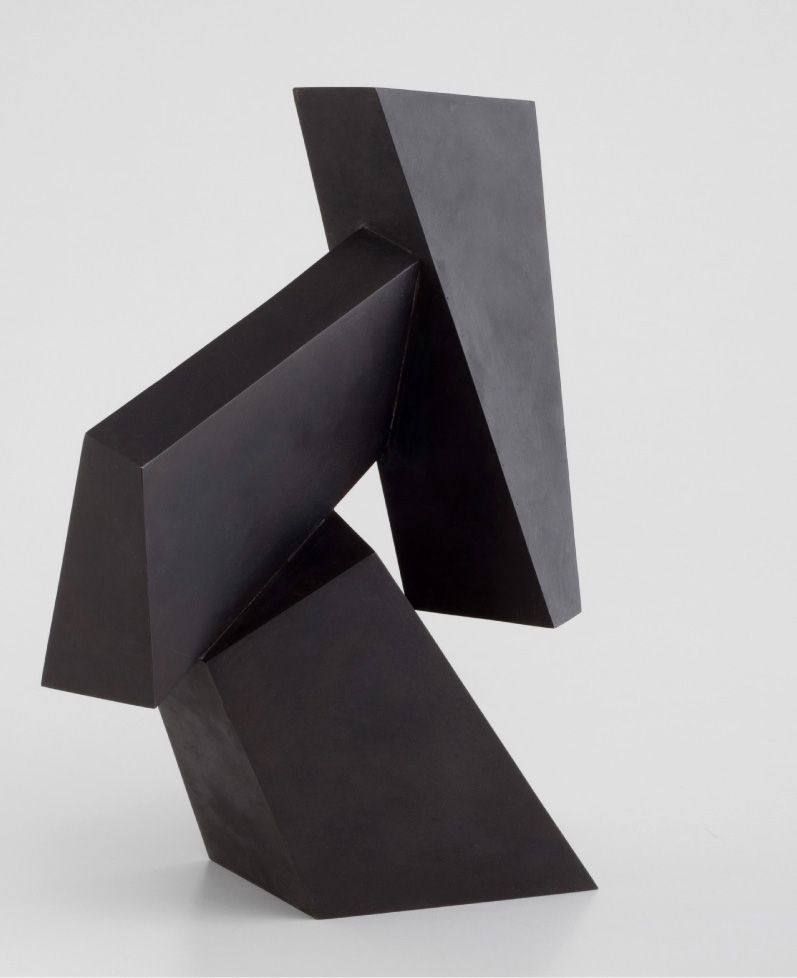 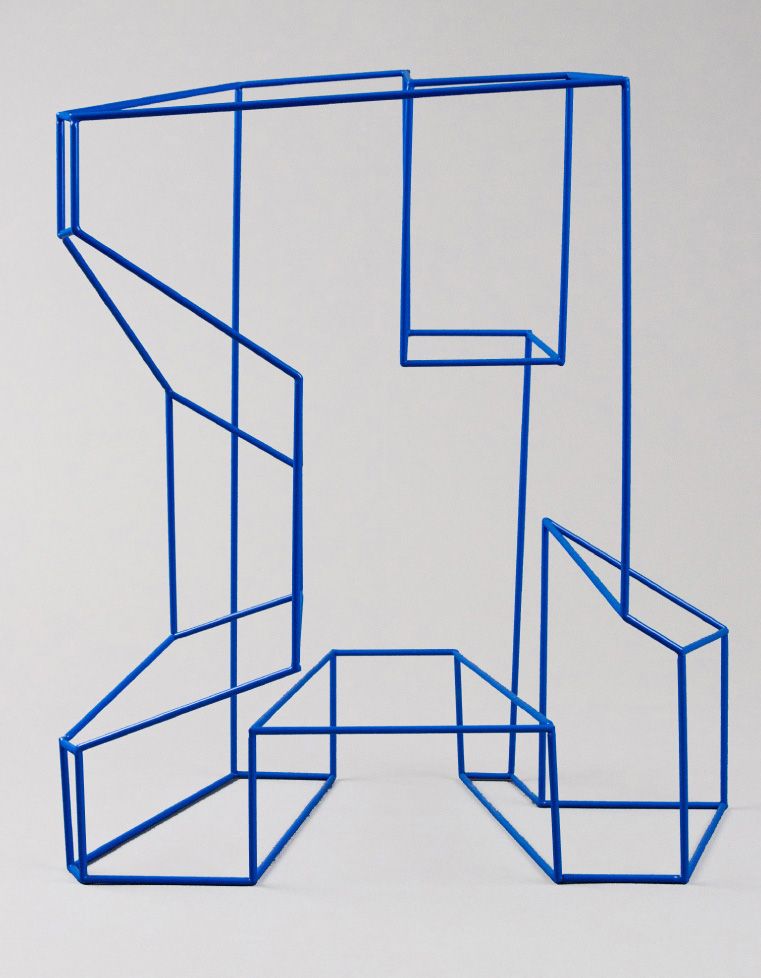 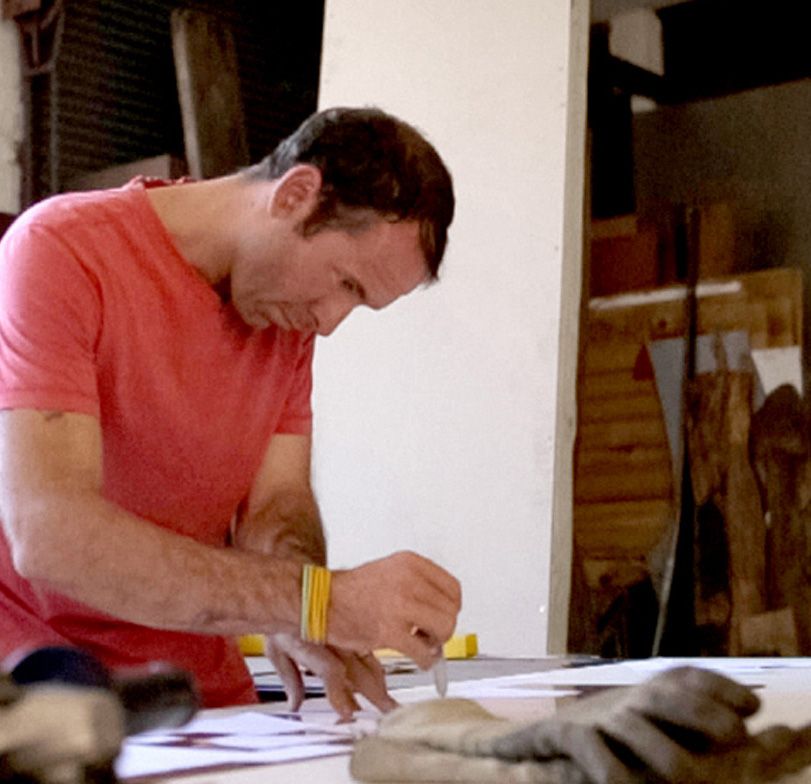 Morgan Shimeld is recognized as one of Australia's most innovative and successful young artists.

All artwork photography by Marcel Jendruch.