I first saw the Citroen CX in 1975. I was a huge fan of its forebear, the DS or “Goddess,” a revolutionary car in both engineering and design that seemed impossible to replace after 20 years of production. How could something new come close to this unique design that had become a symbol of France?

As revolutionary as the DS was it had devolved from Avant-garde to quirky by the mid 1970’s. The replacement CX model ushered in the Modern world with immense amounts of Citroen distinctiveness that clearly set it apart from all other car designs. Robert Opron, Citroen’s designer, had risen to the challenge and the CX was the most futuristic and desirable design of it’s times!

In the mid 70’s the design world had not yet gone Post-Modern and a nostalgic ‘retro’ design language was not yet invented, so everything seemed uncompromisingly fresh and new. Some things may have been conservative, including Mercedes Benz vehicles designed at the time, but even ‘classic’ was still unapologetically modern. In architecture, the raw concrete of Brutalism was still being poured and the industrial aesthetic of Richard Rogers was considered a modern statement. The seminal book ‘High Tech’ hadn’t quite hit the shelves.

The CX seemed to hit the innovative mark of the times perfectly. Carved in a wind tunnel (CX refers to the aerodynamic coefficient of drag), its technical edge was both visual and under the skin, with its world-beating hydraulic suspension that was magic-carpet smooth. Even though these innovations were impressive, it was the cars smooth lines – where every surface seemed to have been considered by a sculptor - that truly captivated me! The CX’s interior was equally rethought without regard to the conventions of the time.

From the motorists’ point of view, the design offered efficiency, comfort, and practicality whilst being a somewhat daring design statement of pure modernity. It became known as the architect’s car, just as the DS had been before. Any modernist architect of influence had them stenciled on their blueprints.

The CX was an honest and pure technical statement, where design was unencumbered by tradition, and innovation trumped fashion. For this reason it has remained a modern statement and it is still hard to believe it came from the mid 1970’s. Unfortunately the 1980’s and early ’90’s facelifts were not as kind, as molded blocky plastic elements and matt black replaced the carefully considered details that completed its wind cheating body.

Cars are integral objects to our daily life and their sheer numbers mean they are visually dominant in our urban environments. They are a private space that transports you from place to place. Architecture has an emotional affect on us as one interacts with its space and proportion, feeling comfort, clarity and a connection to place. Cars also elicit an emotional response from how they feel to use and the comfort and connection one feels from the design. In many ways the design details are as important as they are in architecture. Their details are a signature and a response of the times.

Like architecture, we can become attached and identify with the design philosophy cars embody to enrich our daily life. In this way, the CX moved design into the artful for the service and pleasure of its owner. Its masterly design has ensured that 41 years later it remains unforgettable. 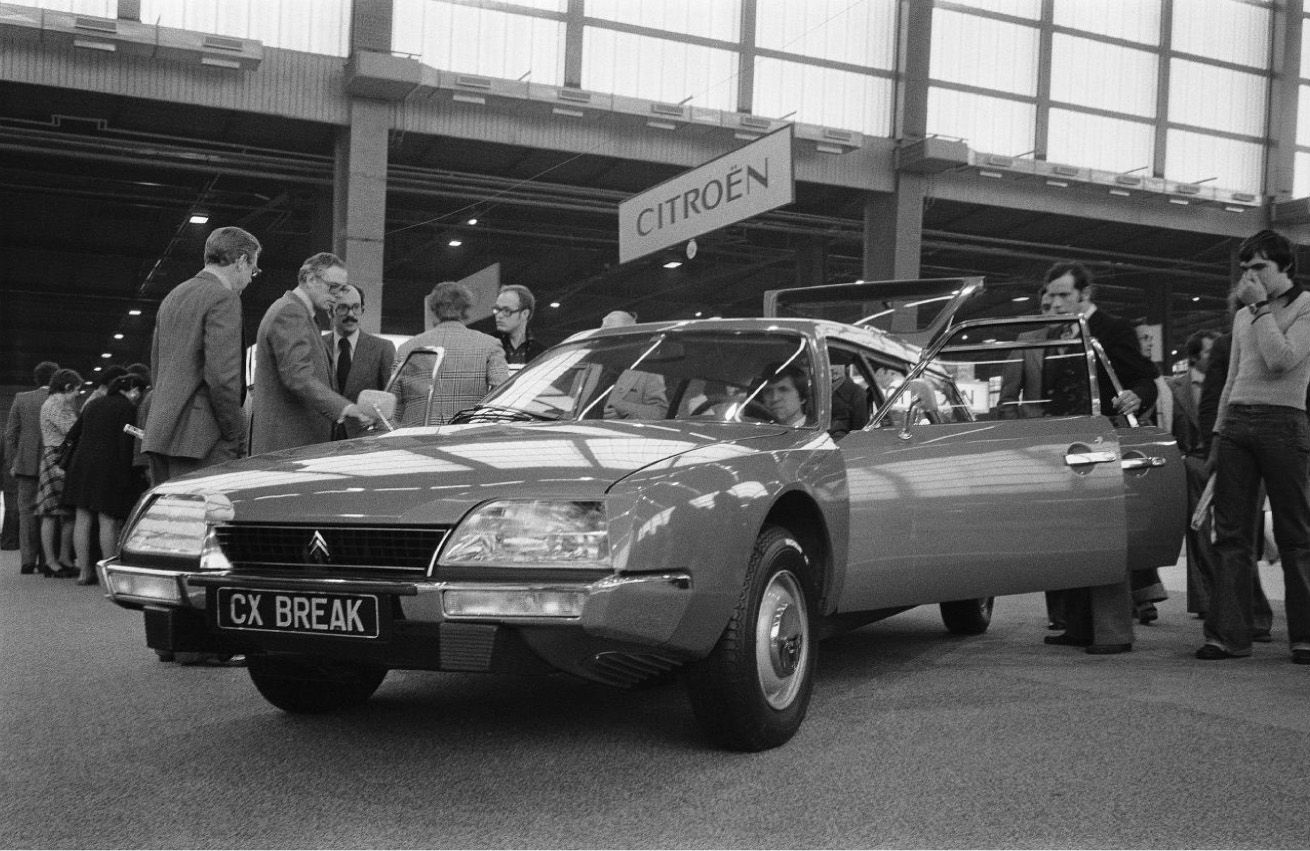 Robert Opron's Citröen CX caused a sensation worldwide when it was unveiled in 1974. 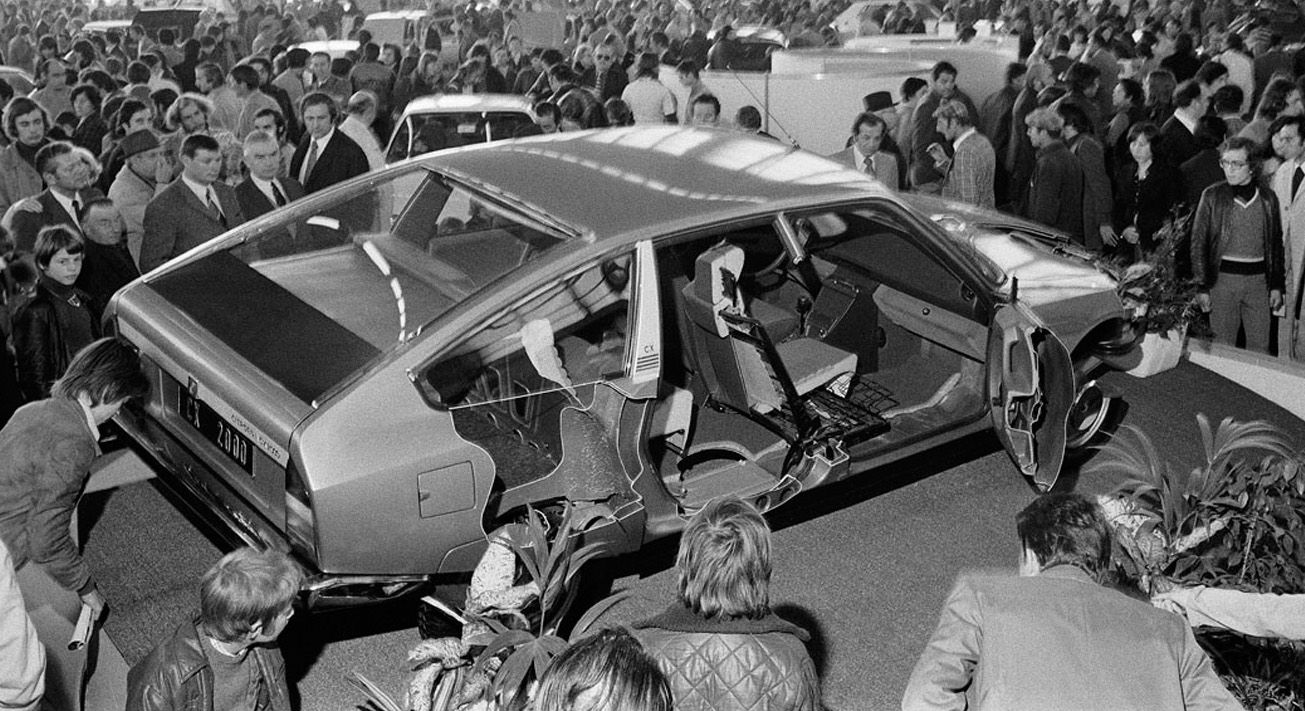 The CX’s bold design seemed to hit the innovative mark of the times perfectly. Note the convex rear window designed to stay clean without the need for a wiper. 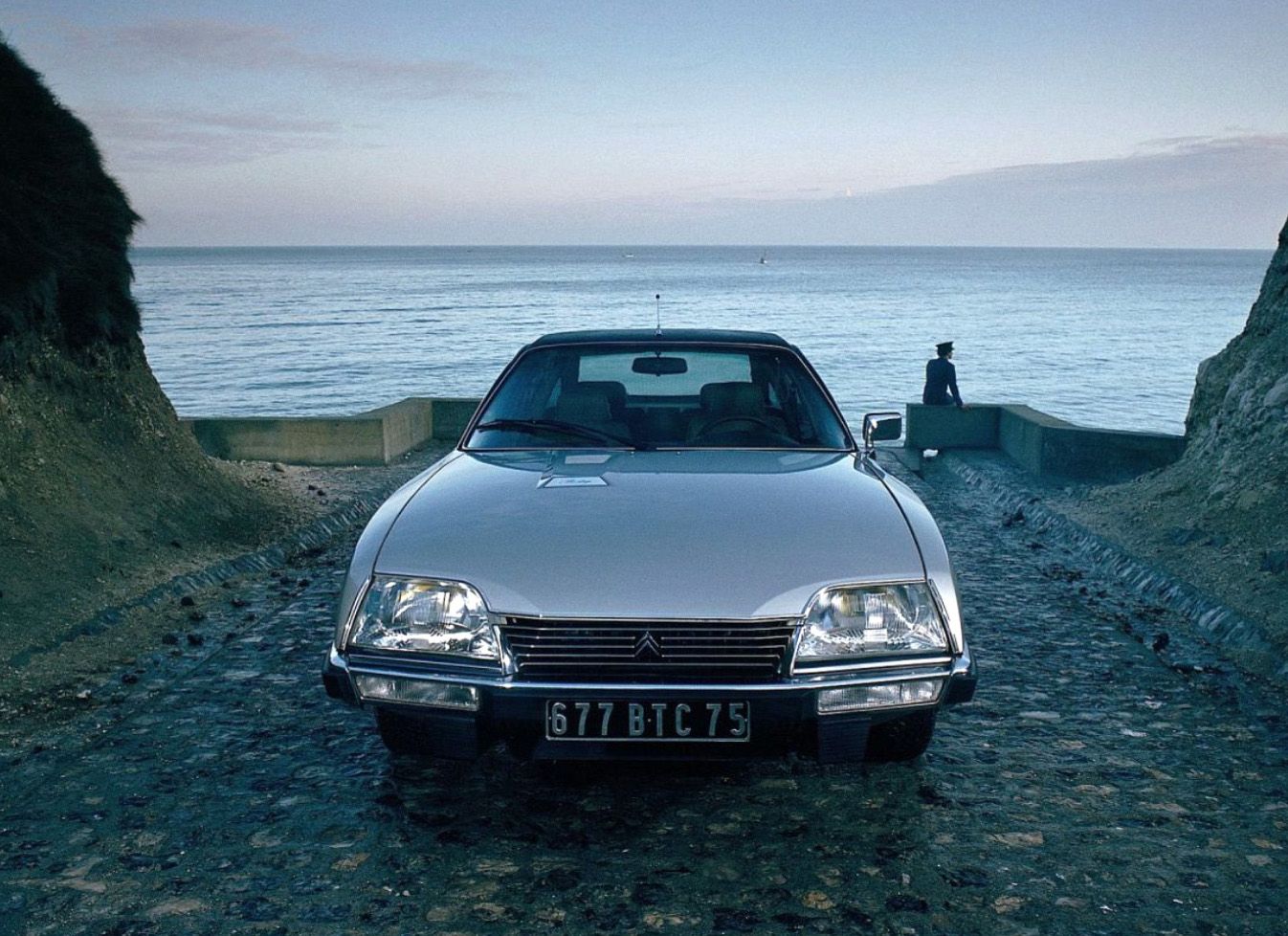 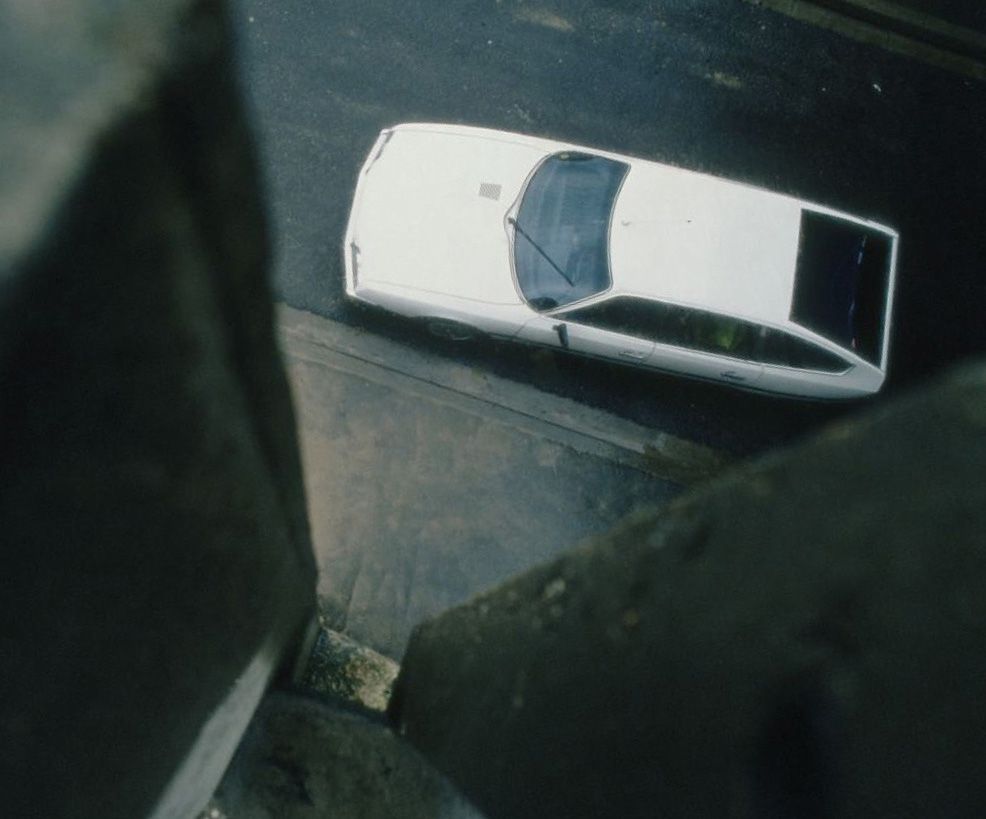 The CX’s bold design seemed to hit the innovative mark of the times perfectly winning the European Car of the Year award in 1975. 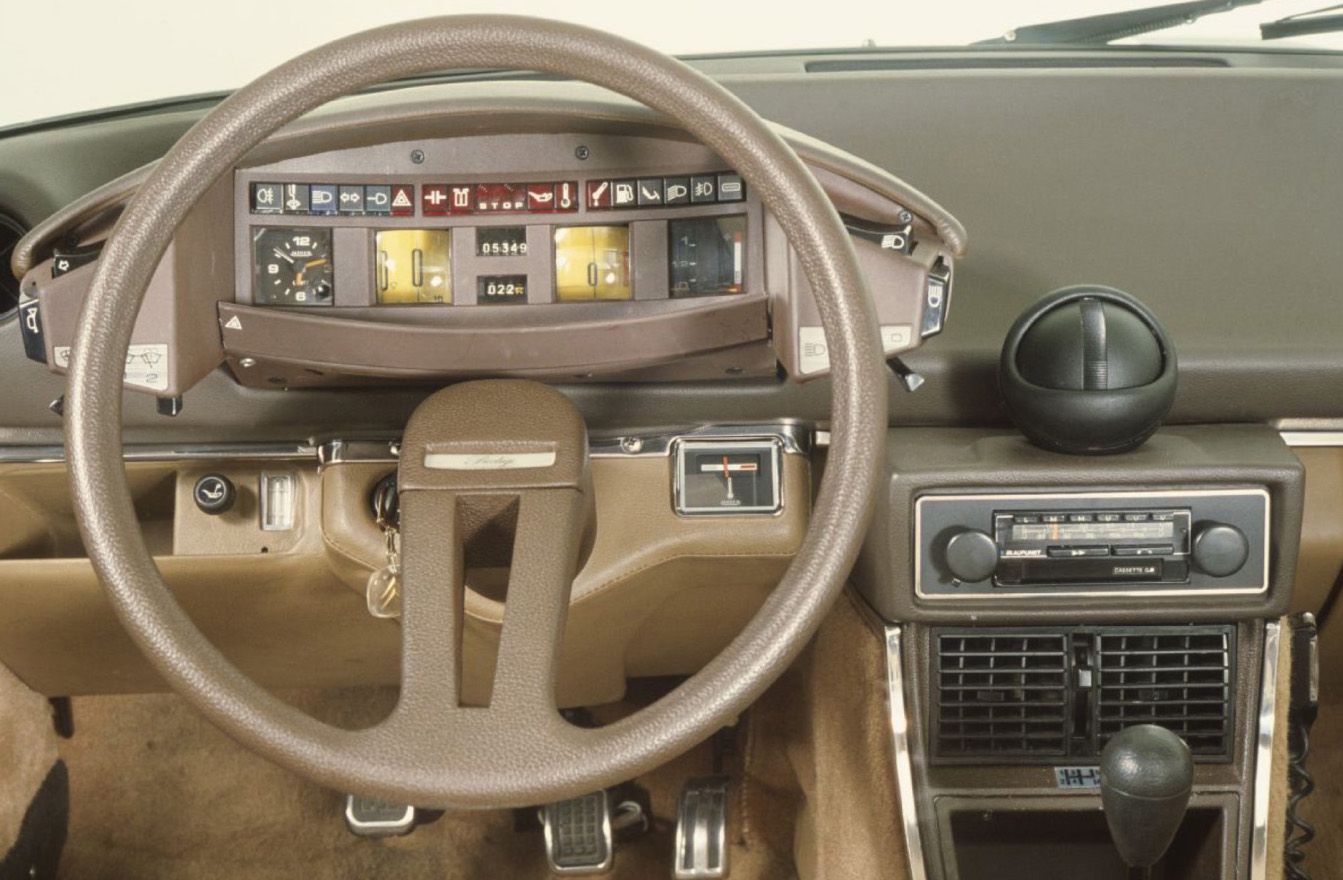 The interior with it’s sweeping dash was also designed without thought to convention. A single spoke steering wheel allowed the ultimate unencumbered view of the instrument cluster. 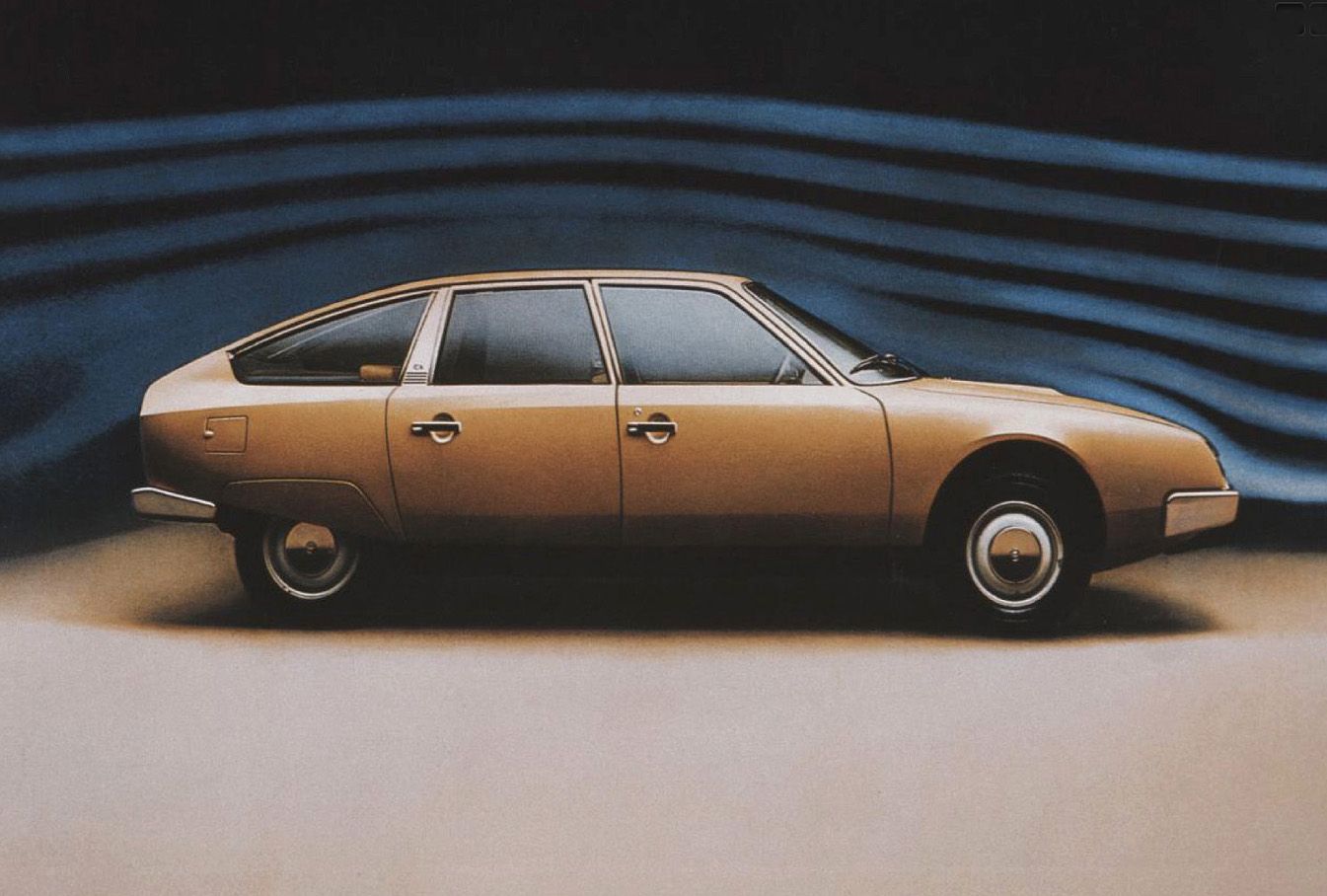 Carved in a wind tunnel, The CX’s technical edge was both visual and under the skin, with its world-beating hydraulic suspension that was magic-carpet smooth. 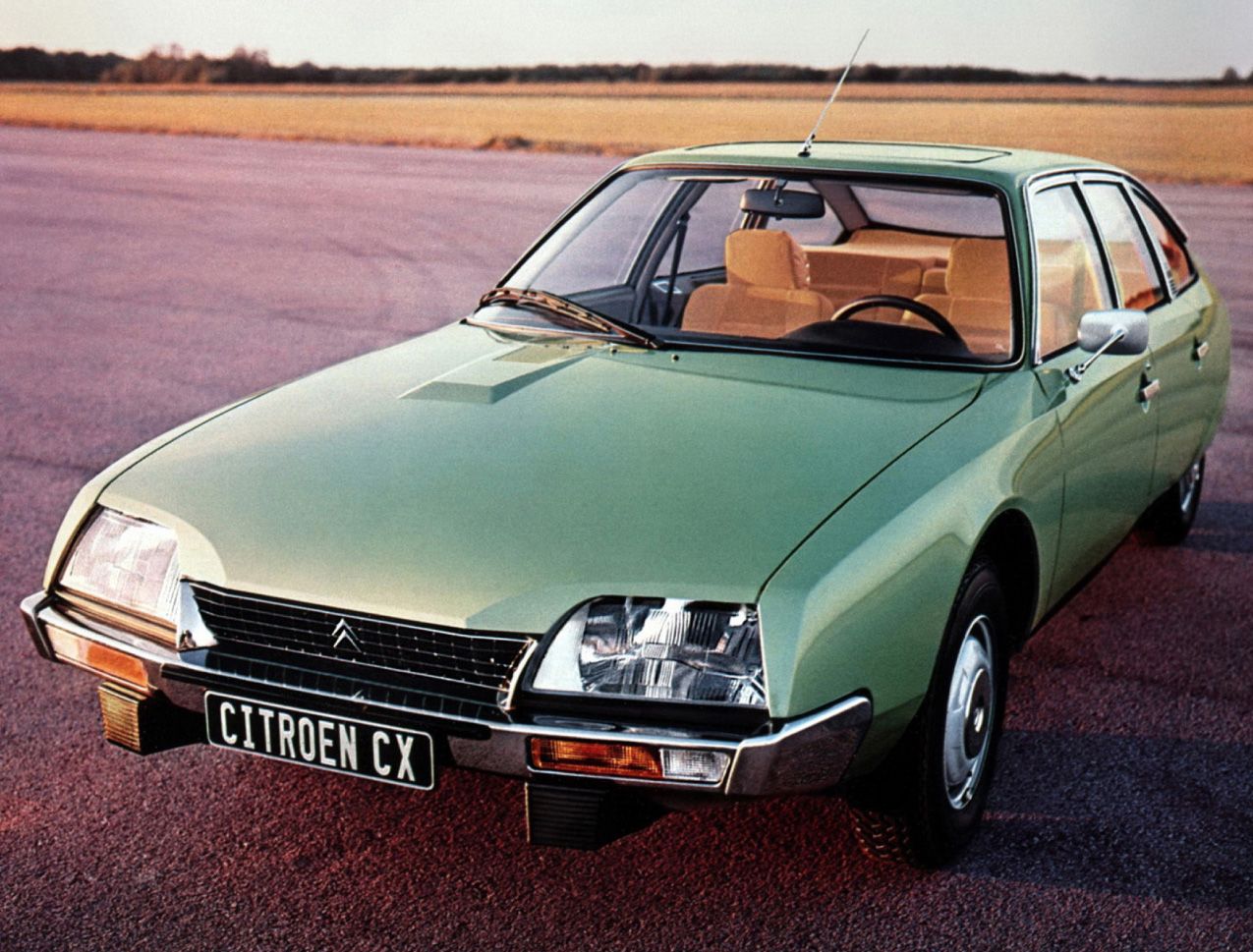 The ultimate architect's car; Many modernist architects of influence had the Citröen CX stenciled on their blueprints. 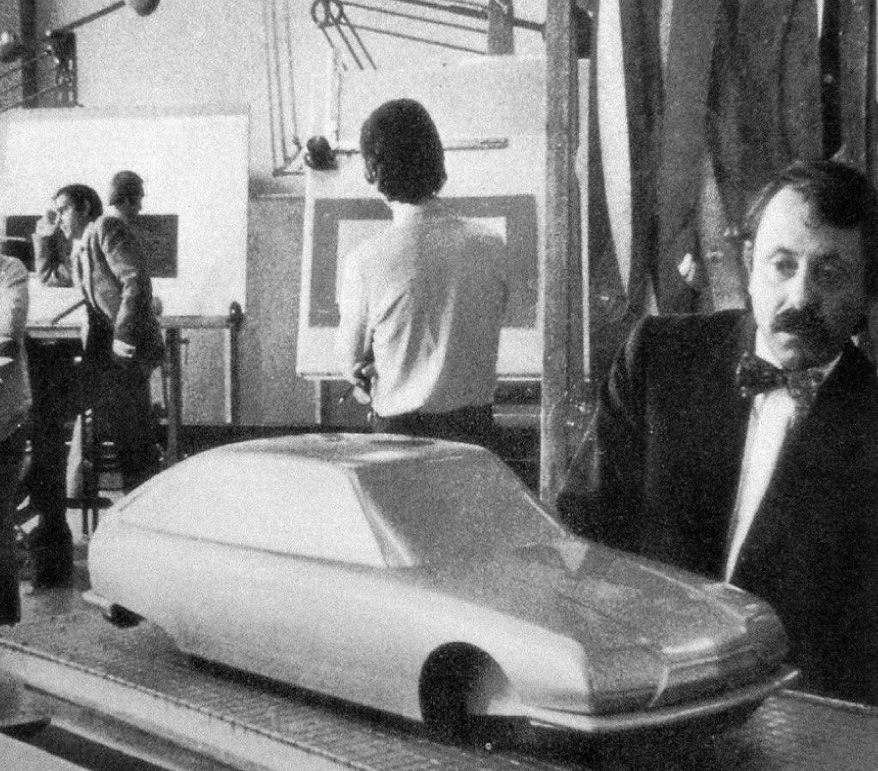 The car’s designer, Robert Opron, pictured with a scale styling model of the CX’s smaller sibling, the GS. 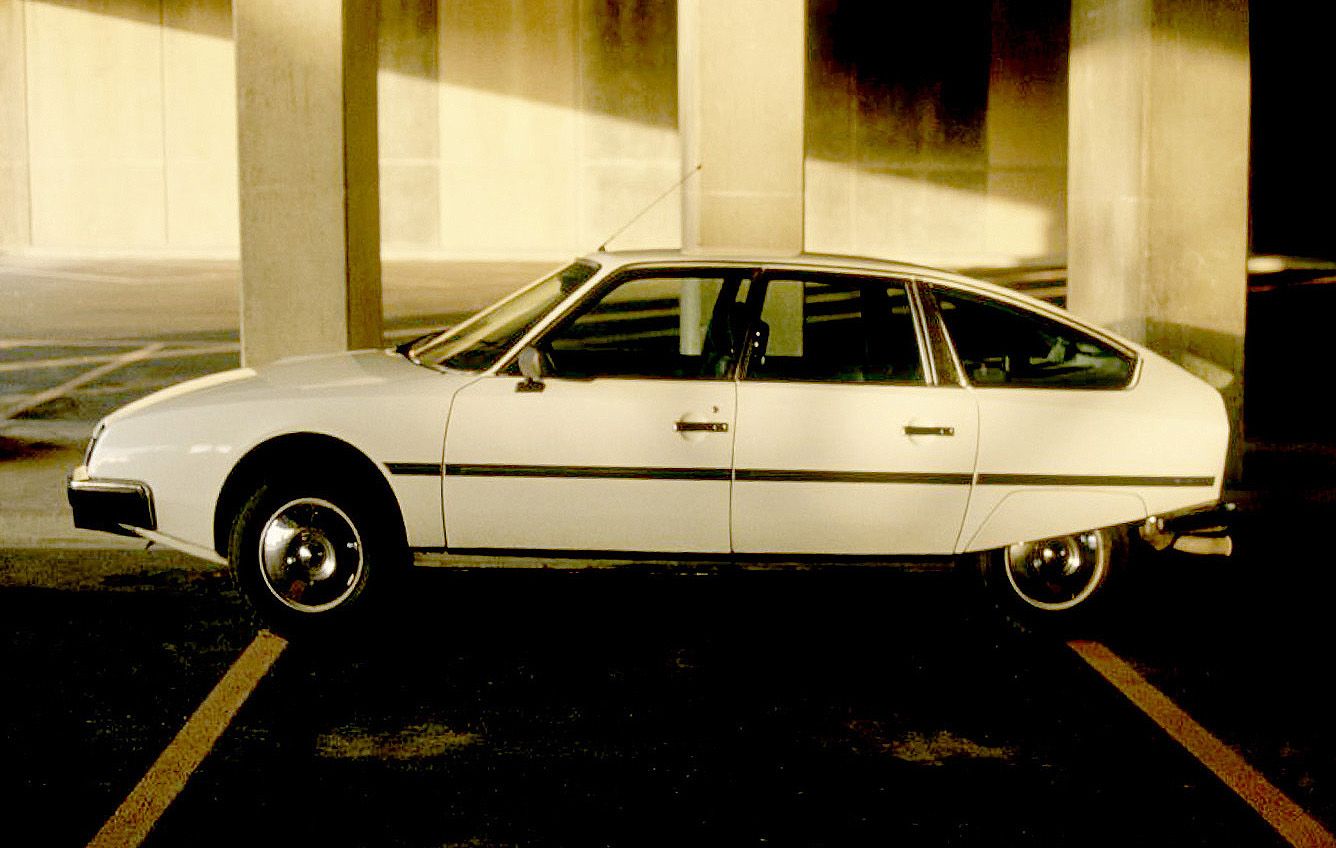 The CX was an honest and pure technical statement, where design was unencumbered by tradition, and innovation trumped fashion. 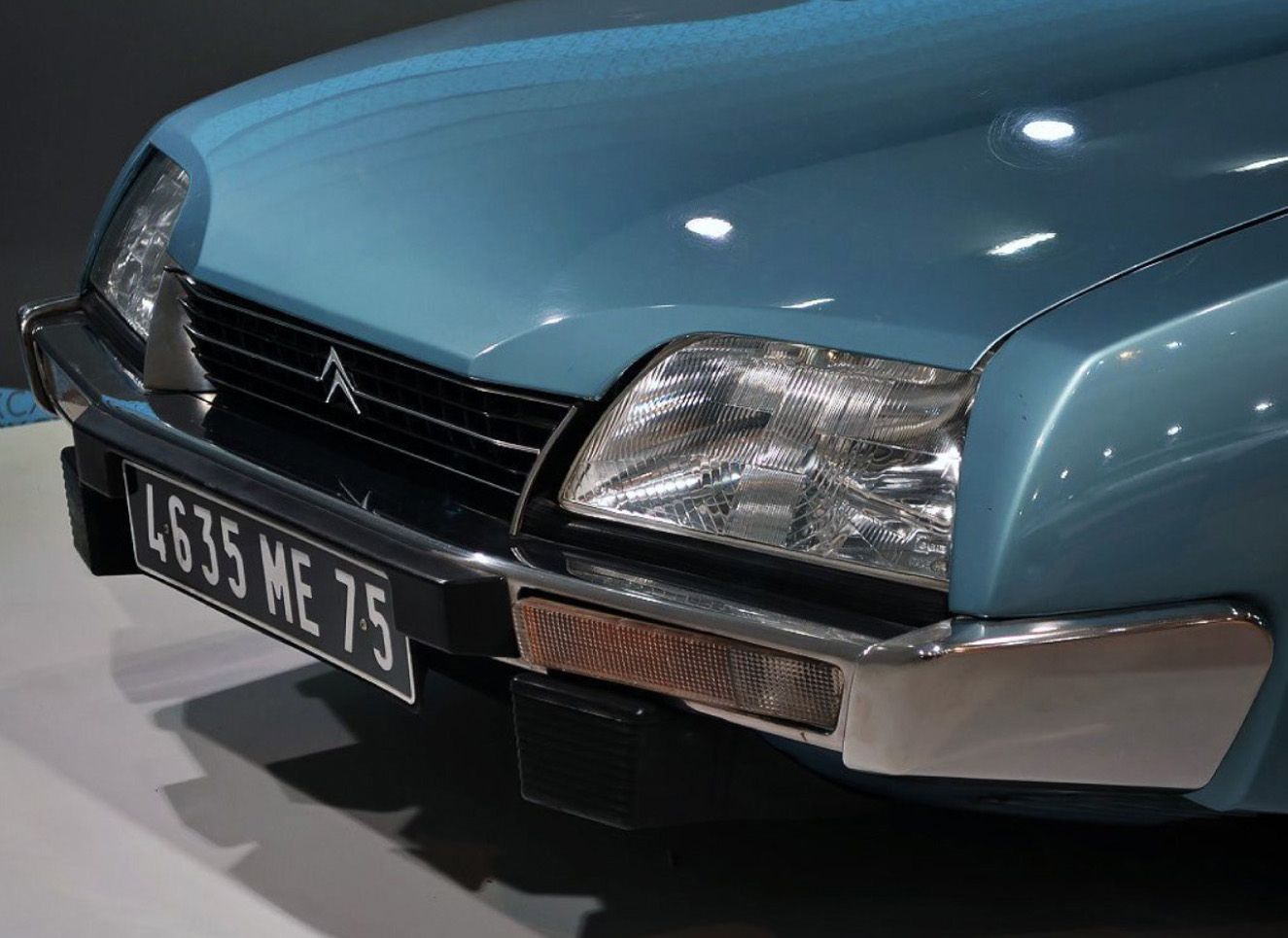 The Citröen CX’s smooth lines – where every surface seemed to have been considered by a sculptor - truly captivated. 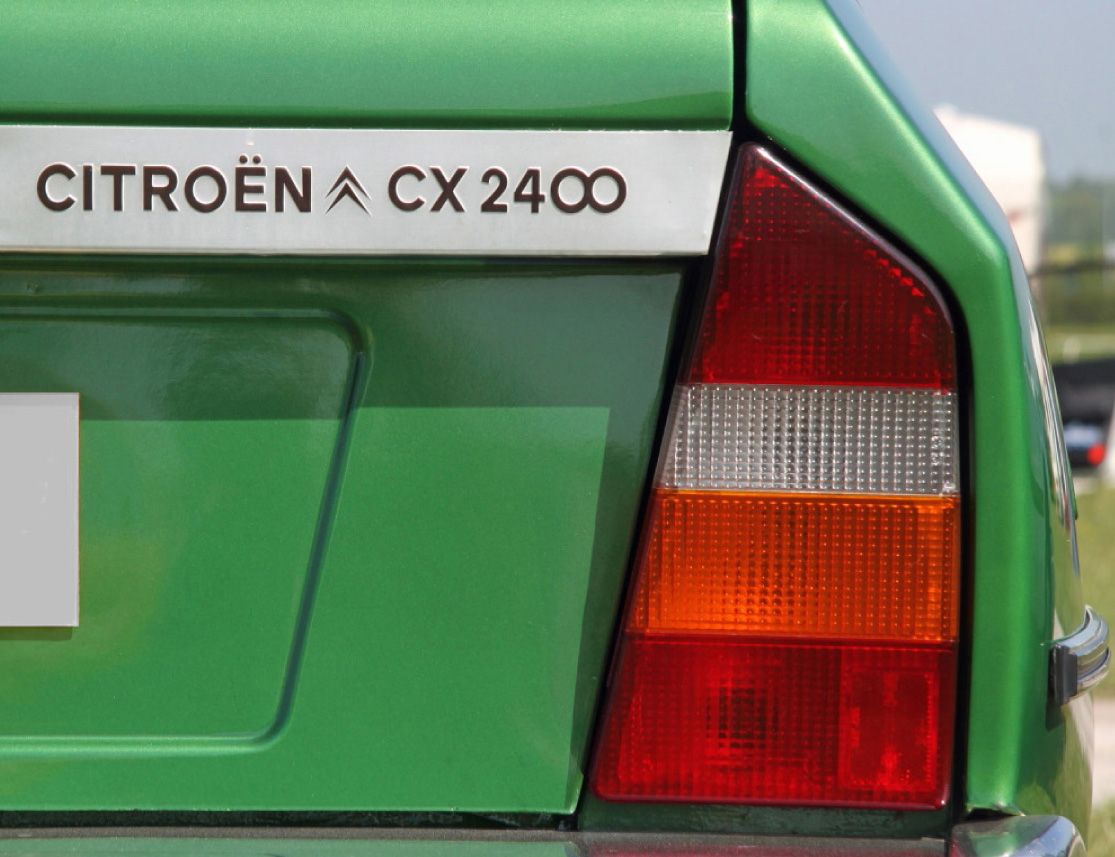 In the mid 70’s the design world had not yet gone Post-Modern and everything seemed uncompromisingly fresh and new. 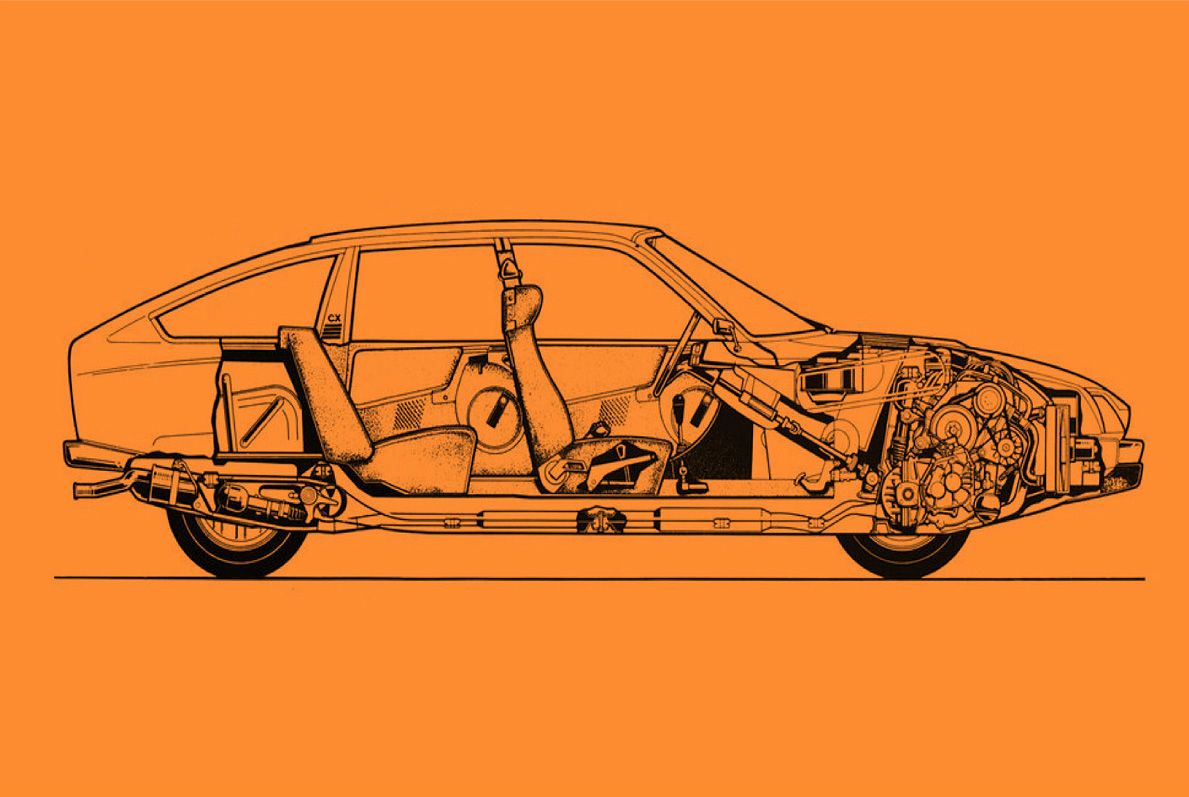 The CX merged innovation, style and design prowess. Its fastback package, unusual in a family sedan, can still be seen to influence cars such as the Tesla Model S today. 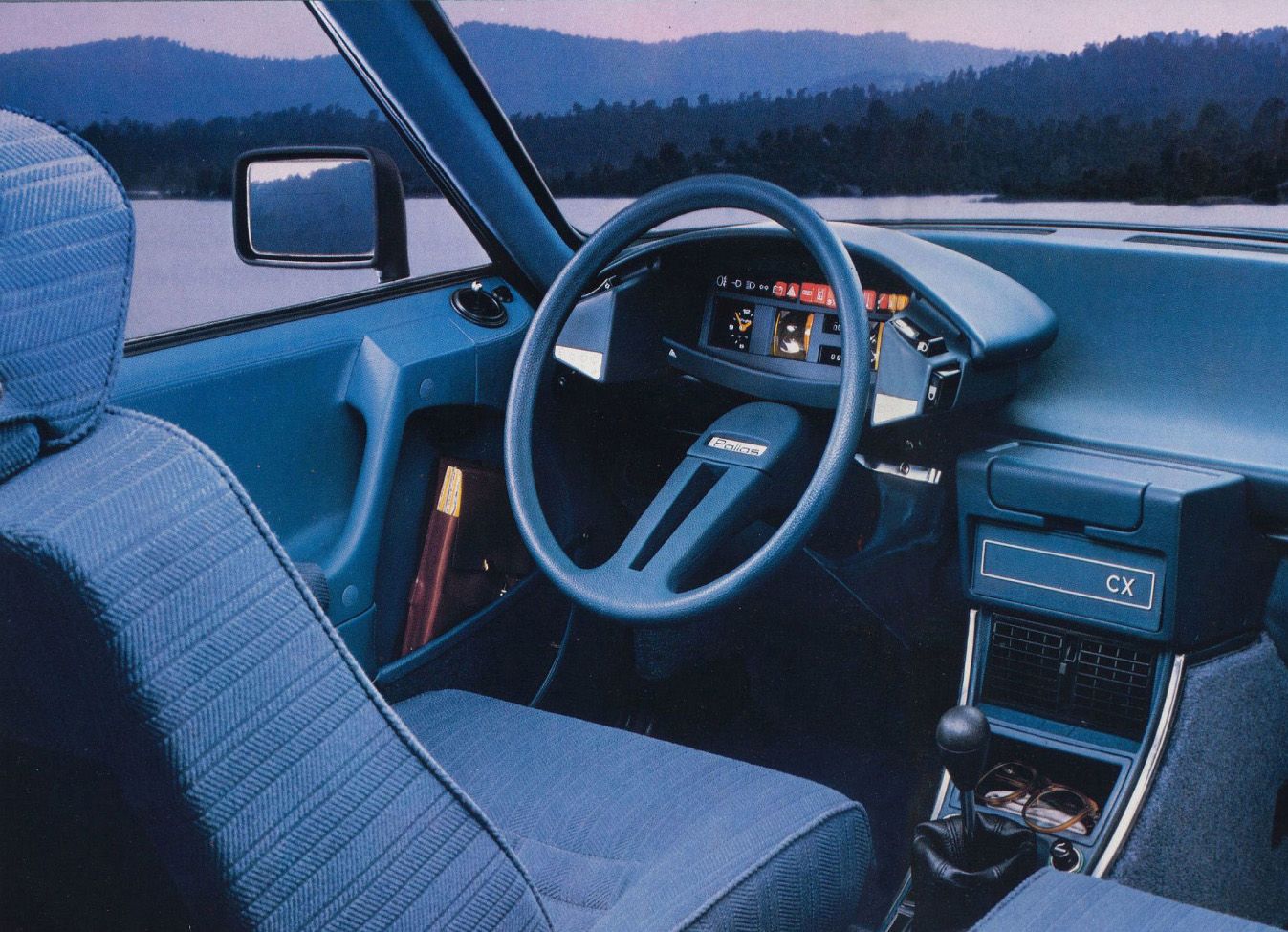 The CX's design offered motorists efficiency, comfort, and practicality whilst being a somewhat daring design statement of pure modernity. 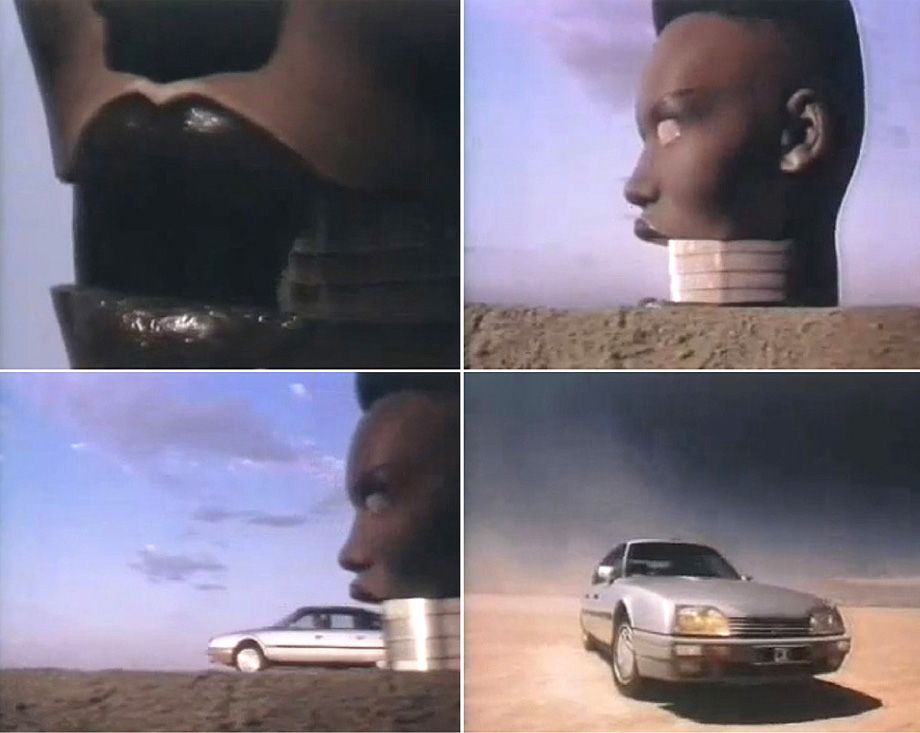 The Citröen CX was immortalized in a famous advertisement featuring Grace Jones and filmed by Jean-Paul Goude.