Children often take more pleasure in the box than the toy it came in. Such is the alchemy of imagination: A cardboard cube becomes a robot, spaceship or a store selling fruit and vegetables. Children project their own world onto any object that will take it, and there’s a school of thought that suggests the more stripped-back that object, the more their imagination is fired up. Video games, for all their intense engagement and undeniable craft, are essentially passive – just as blockbuster CGI-heavy movies are passive. At various points in the 20th century, designers – many inspired by having their own children – attempted to create the perfect toy.

This year the Eames Office announced it was going to reintroduce The Toy to its product range. Originally created in 1951, The Toy is anything but passive: It is a self-assembly kit of coloured panels – four squares and four triangles – that comes in a hexagonal tube. It can produce myriad potential structures. It is play as active design and architecture. As Charles Eames said at the time: “Toys are not really as innocent as they look. Toys and games can be precursors of serious ideas.”

In 2012, MoMA hosted the exhibition ‘Century of the Child: Growing by Design, 1900-2000’. It was a definitive look at how products created with children in mind throughout the 20th century, with standout exhibits that still excite visually today: Gerrit Rietveld’s Child’s Wheelbarrow (1923) has a perfect geometry and colour arrangement of yellow triangles, striped monochrome lines and a dynamic red circle. The beauty comes from how effortless it is – it could have been produced by a child, but at the same time, the balance and consideration that has gone into it is meticulous.

As part of the London Festival of Architecture in 2015 there was an exhibition of Modernist toys in the UK capital at the Knoll showroom, curated by Systems, focusing on the ‘60s. They were showcased for being “extraordinarily generous, humane and beautiful”, which they absolutely are. Like many Modernist toys of the 20th century, the distance between them and the Disney-orchestrated world of today makes them postcards from a more interesting time, when children weren’t considered commodities, or “a market”. Look at the work of Candylab in Brooklyn in 2017, a studio that makes toy cars based on classic automobiles and objects of play from the ‘60s – including an Airstream trailer, which is nothing if not a paradigm of the very highest expression of American 20th century design. Candylab is trading on nostalgia. That London show of ‘60s toys conversely isn’t about nostalgia – those objects were a genuine attempt to change the way children played at the time. They included a set of coloured wooden blocks that joined together to create a fish shape, designed by Fredun Shapur, and Patrick Rylands’ Playplax, a translucent tile-shaped alternative to Lego. Of particular note: Ken Garland’s large wooden Marble Run, which created a channel for a marble to travel down pleasingly arranged slopes. There are myriad contemporary versions, but most are in lurid colours and plastic.

Some of the most famous Modernist objects were designed with children in mind. Charles and Ray Eames’ plywood elephant stool in the mid ‘40s started out as formal experimentation – the story-book shape offered an ideal opportunity to test out the potential for molding the chosen material into curves. The shape was then revisited in 2007 when Vitra began producing it in coloured plastic. While lacking the warmth of the original, the simplicity of the Elephant as a graphic retains power. Also as attractive: French brand Vilac has been making classic toys since 1911, and wood is a perennial material in everything they still make – all sourced from sustainable forests in the Jura Mountains. Wood remains a shorthand for Modernism in toys, because it’s antithetical to the disposable nature of plastic. Wood = heirloom.

Some of the most beautiful toys of the last 100 years are both wood and Bauhaus in origin. Alma Siedhoff-Buscher’s colourful Bauhaus Building Blocks are so graphic and so pleasing in their bright but prosaic colours, that they fire up the imagination at any age. They can become a boat, a tower, a spaceman.  Ludwig Hirschfeld-Mack’s Bauhaus Spinning Top, created in 1923, is both simple and magical. It is as its name suggests – a spinning wooden top. But it came with seven different discs, with different colour and monochrome graphics that created radically contrasting effects when spun, as dynamic as anything contemporary and electronic. It’s a unique proposition – Modernist object as sorcery. Both the Blocks and the Spinning Top remain in production today.

For every movement in culture there is a counter movement, and certain contemporary designers have seized on the opportunity to create toys for a design-literate generation who don’t want their children to be used to spin merchandising for Marvel and DC. Zoe Miller and David Goodman create sets of face-maker and house-builder blocks under their brand MillerGoodman that are as refreshing as anything from the ‘50s and ‘60s. These are objects that anyone would enjoy in their home – they could never create “a mess”. And it will always be adults who dictate the nature of play: Look at the cult status awarded to Kay Bojeson’s 1951 Wooden Monkey. This collection of 31 Danish teak parts might have been intended to inspire play, but today it’s more likely to sit on a shelf, as a nod to a time in your life when turning wood into a living, breathing entity via your imagination wasn’t just possible, but second nature. 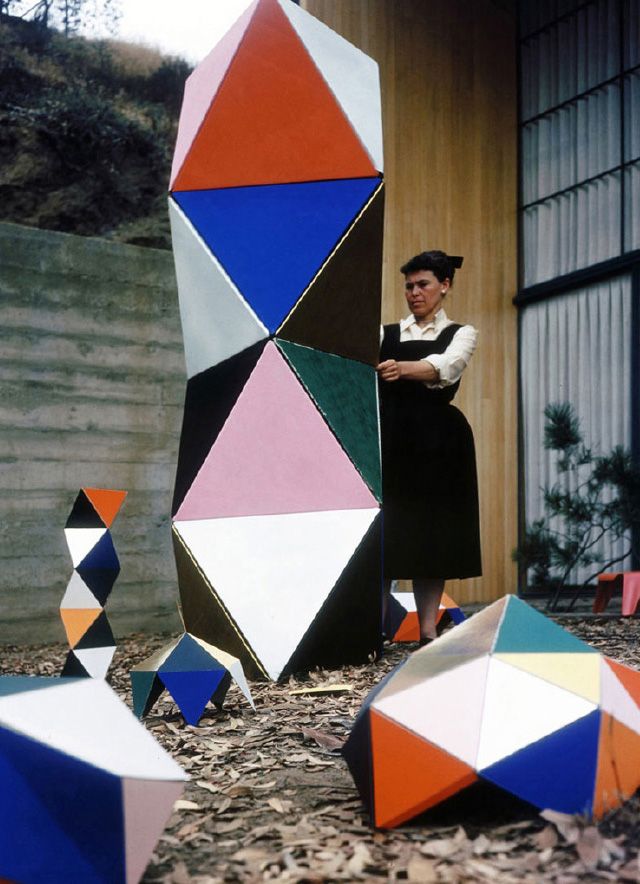 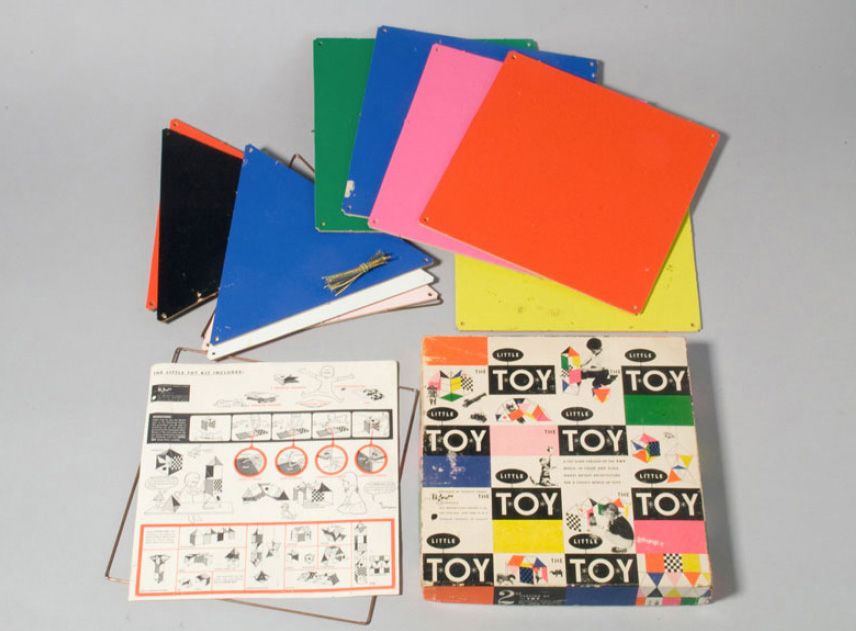 The Toy, elements and original packaging. 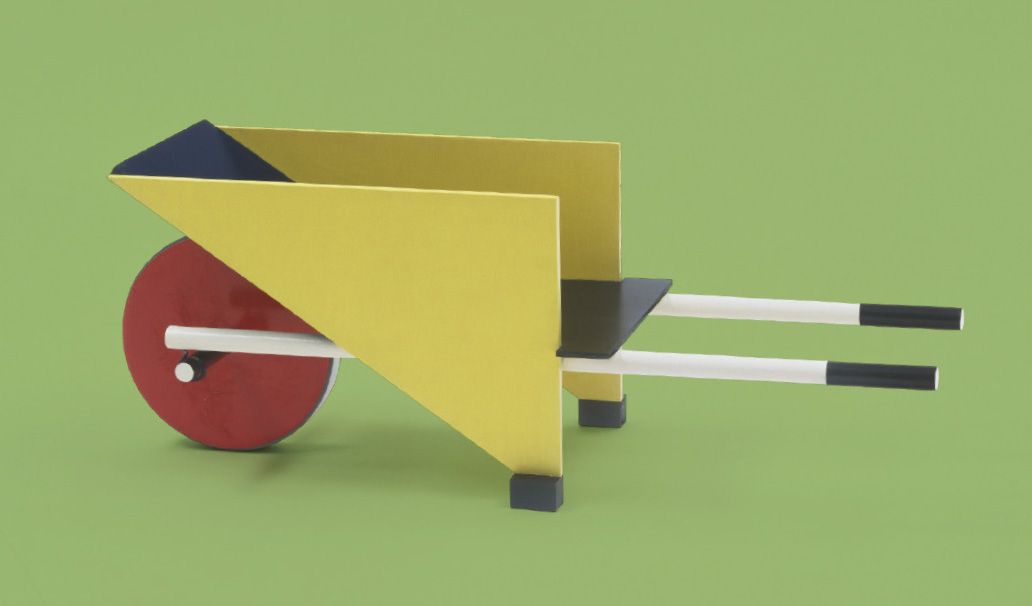 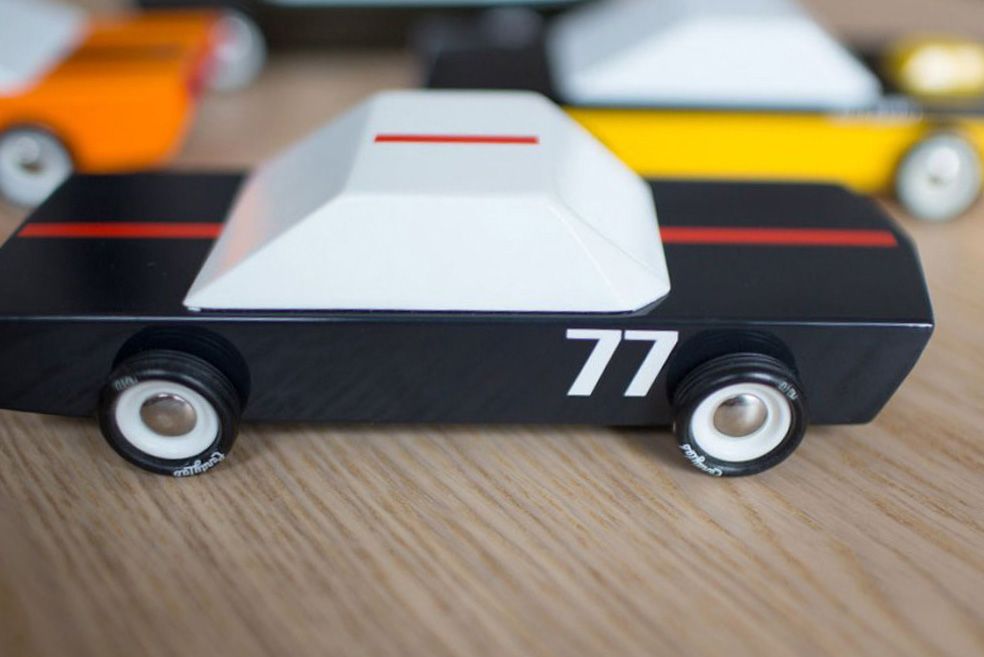 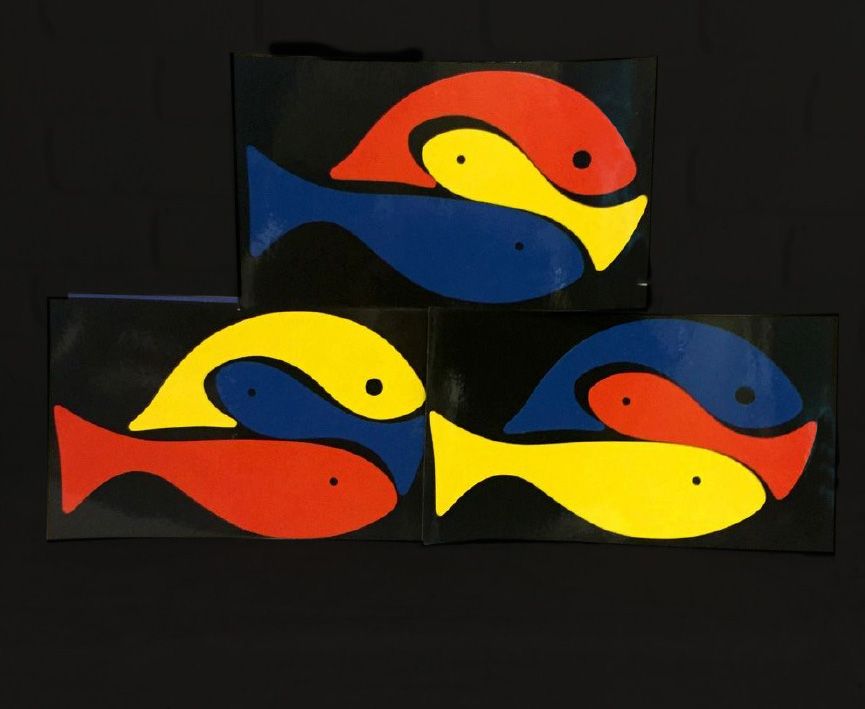 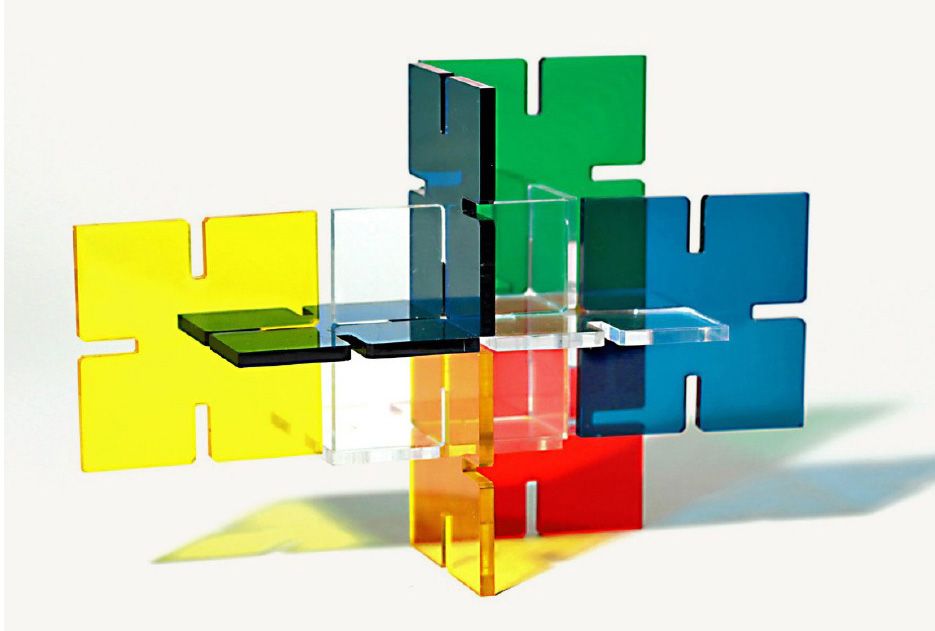 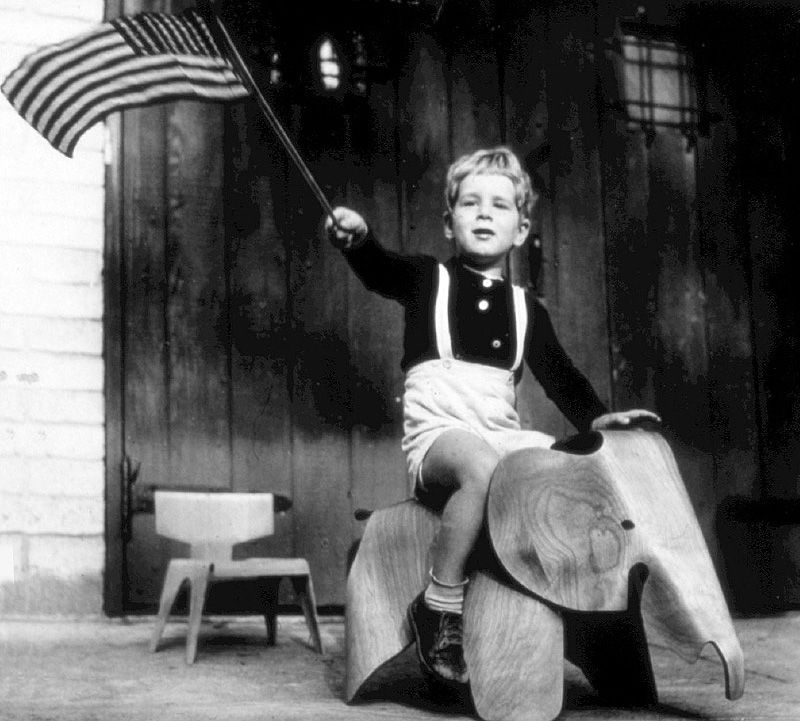 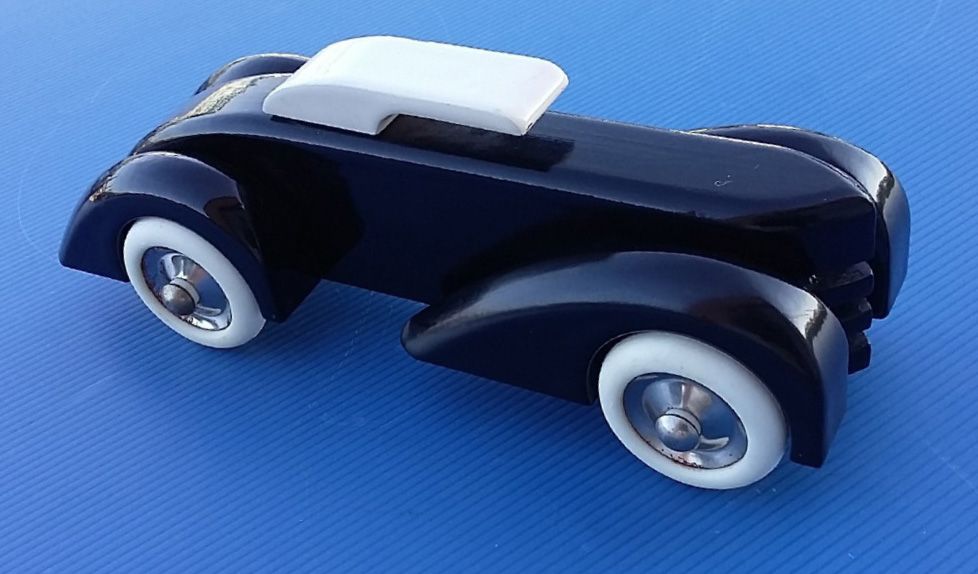 Toy car by Vilac, from the Hot Rod seres. 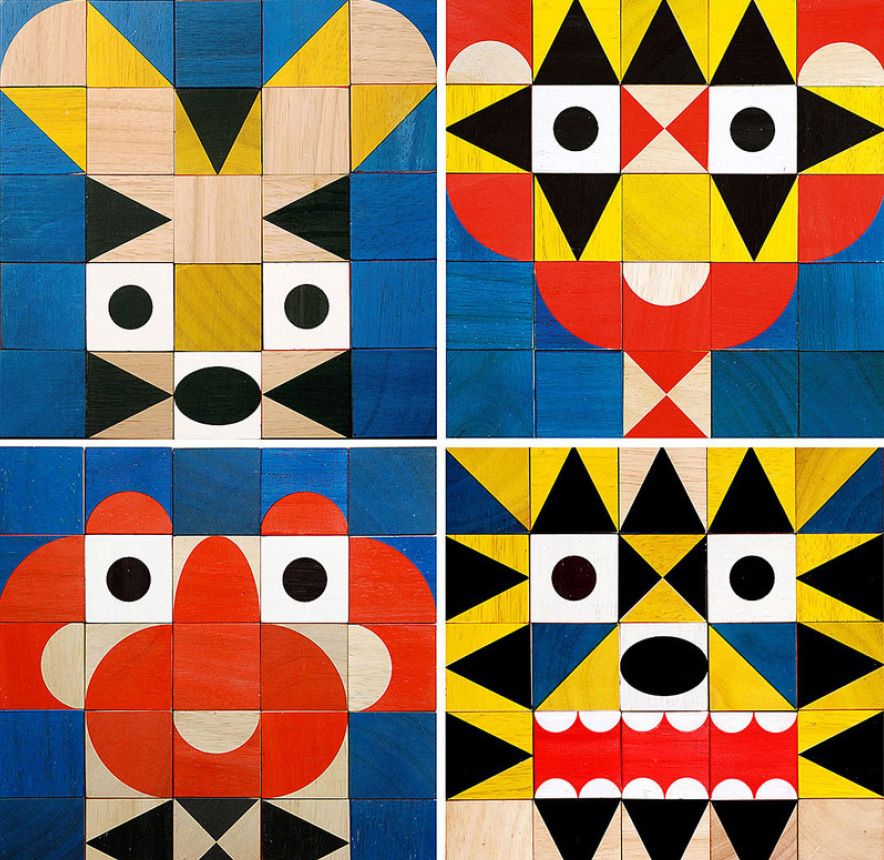 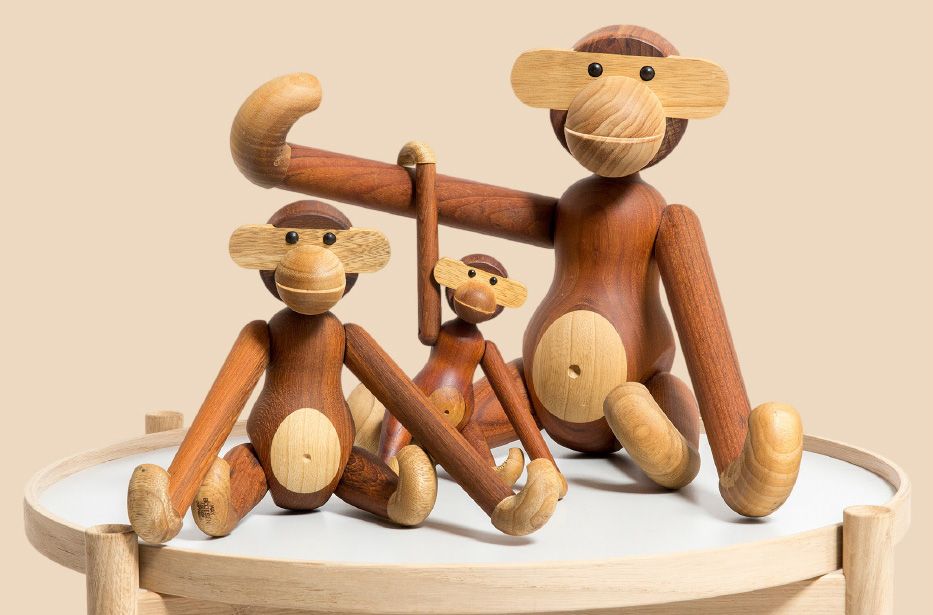 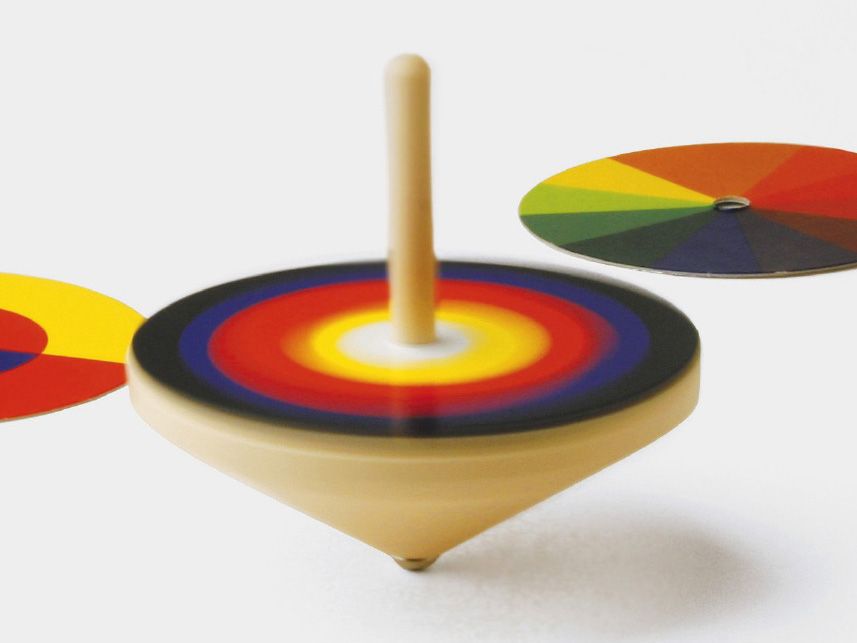 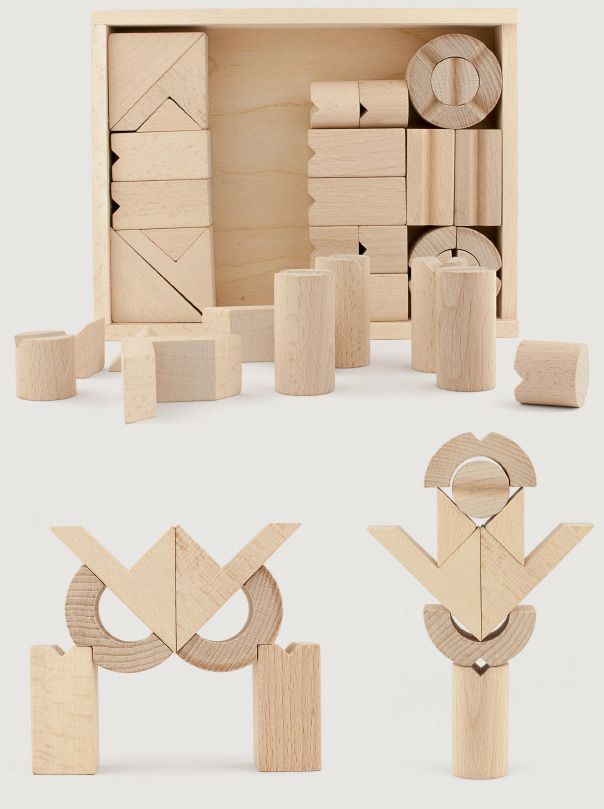 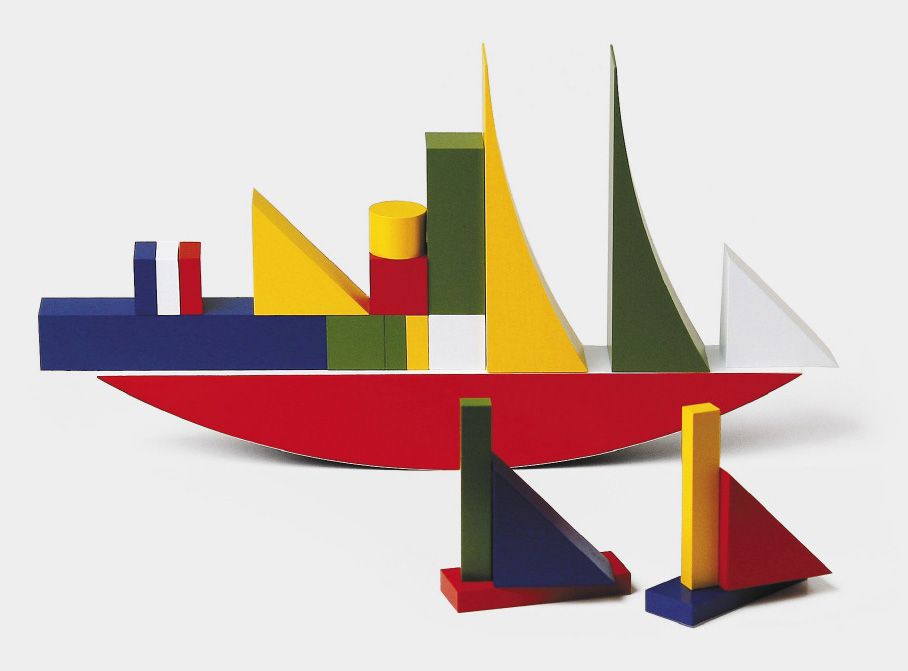 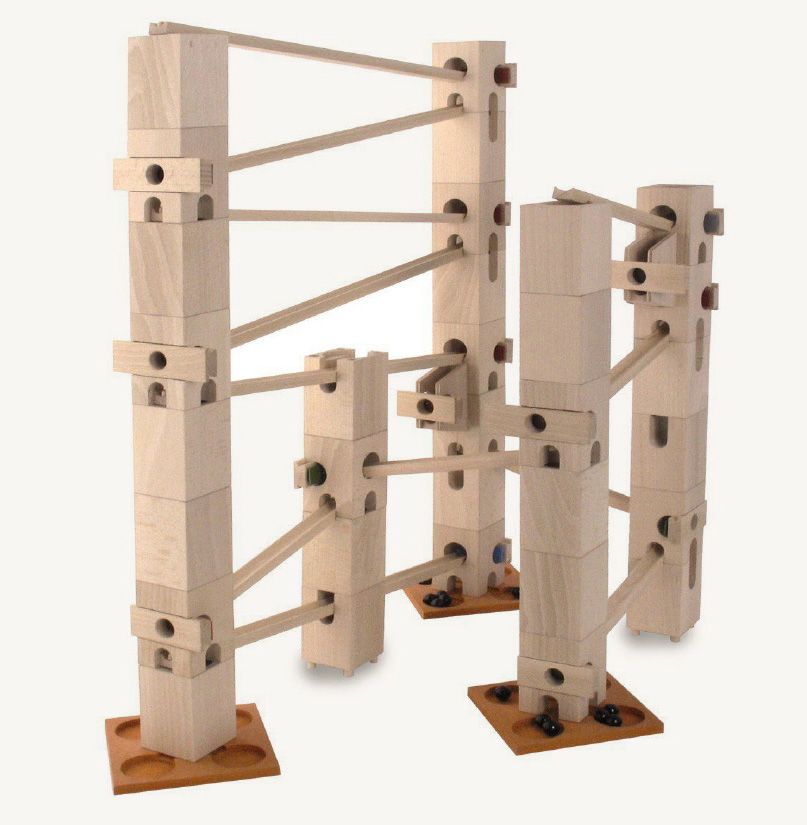 Xyloba created by Swiss musician Samuel Langmeier. As marbles roll through the runways and towers they create sounds by hitting tuned plates. 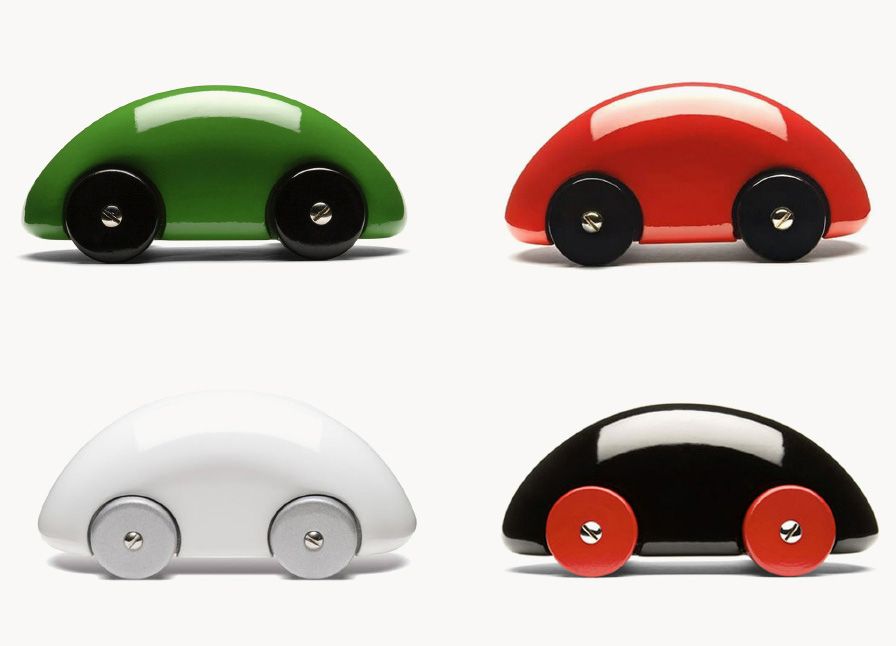