Designing for airlines is, as Marc Newson said while producing work for Qantas: “like working for the military”. The reason that almost every cabin, in whatever class of travel, looks so vanilla is that there are such stringent rules and regulations attached to each panel and thread. But there’s always light relief in the details. One of the things that distinguishes the experience on Finnair is the choice of soft product – Marimekko textiles for pillows, and Tapio Wirkkala glasswear with the meal service. It’s a simple touch, but transforms the in-flight experience. Yes, the Ultima Thule glass he created for Iittala back in the 1960s is functional. It holds Champagne and is small and sturdy for an airline foldaway table. But it’s a piece of sculpture as much as it is product design: the form, which was originally created by Wirkkala carving a surface in great detail to resemble Narnia-like ice, creates a sensation for eye and hand. It’s typical of his approach – Wirkkala saw no distinction between the forms he created for product and his one-off pieces of sculpture; he was always an artist and designer simultaneously.

There’s so much more to Wirkkala than that now world-famous collection of glassware, although the bulk of the late designer’s output was handled by Iittala between the mid-’40s and mid-’80s. The relationship between Finnish brand and designer began when Wirkkala won a competition sponsored by Iittala; ultimately he became their artistic director, designing over 400 pieces for the company before his death in 1985. While some might see Ultima Thule as borderline kitsch – the kind of Mid-Century Modern style that goes with fur rugs in Palm Springs and the opening titles of Bewitched – the work he created with Venini in the ’60s was profoundly different. He changed the way we look at Murano glass, blowing away the froth and creating something simple but also quite … delicious. The vessels are often pill-like in shape, and consist of just two simple colours, top and bottom. If the colours had been more saturated, the result would have looked like a precursor of Postmodernism. But the palette is muted, and if his Iittala work was fantastical sculpture, this is finely considered engineering – the “incalmo” technique of the Bolle collection is involved and sophisticated, joining two different pieces of glass together at a temperature that will make them adhere. The work went on to directly inspire Fabio Novembre to create his Happy Pills vases for Venini five years ago.

Wirkkala’s commercial output was phenomenal. He created remarkable metal bowls and cutlery, porcelain, birch and silver objects, and was responsible for a substantial collection of celebrated graphic design projects. His work was on the Finnish paper currency until 1981. What informed everything he did was the formative period of his life spent purely in sculpture, something often overlooked. The nine metre-high wooden wall he created for the 1967 World’s Fair in Montréal is remarkable – 100 layers of birch veneer were hand carved into something that is partly a collection of angular folds, like a digitised curtain, and part topography. He called it “The Montréal Table”. It was the largest piece of work he ever made, and it flagged up just how integral his hand was to each project. He wasn’t a man to sketch and delegate. He was a craftsman. His work was also grounded in nature. You can see it in the glaciers he brought to his glasswork at Iittala, but also in his sculpture: his “Hurricane” plywood sculpture is expressive, creating a dramatic sensation of wind with its expansive, balletic shapes. He applied the same elegance to his sculptures of birds, in aluminium and glass – his snipes, with their tapered and elongated beaks, are usually in mid-stride. He took the forms of leaves, peacock feathers and snails and created controlled wooden versions of them, accentuating the curious perfection of organic shapes and patterns. No matter how sleek and polished Wirkkala’s sculptures were – and they were invariably as articulated as anything you would see 3D-printed today – they paid homage to the natural world, and real life. 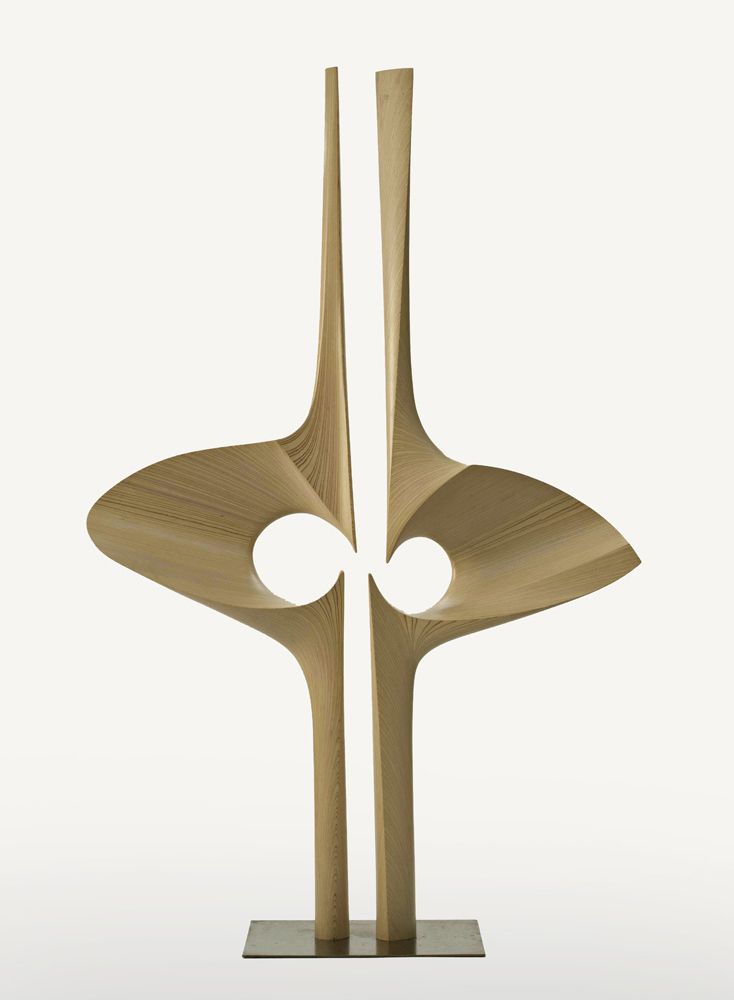 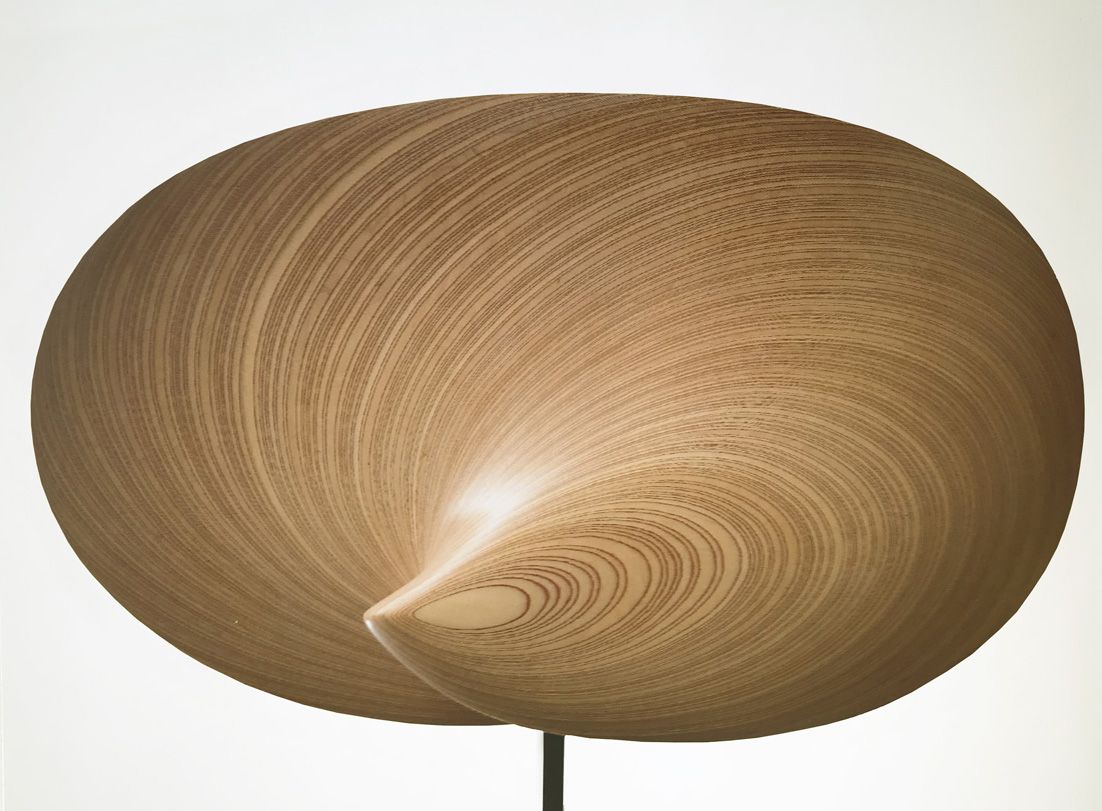 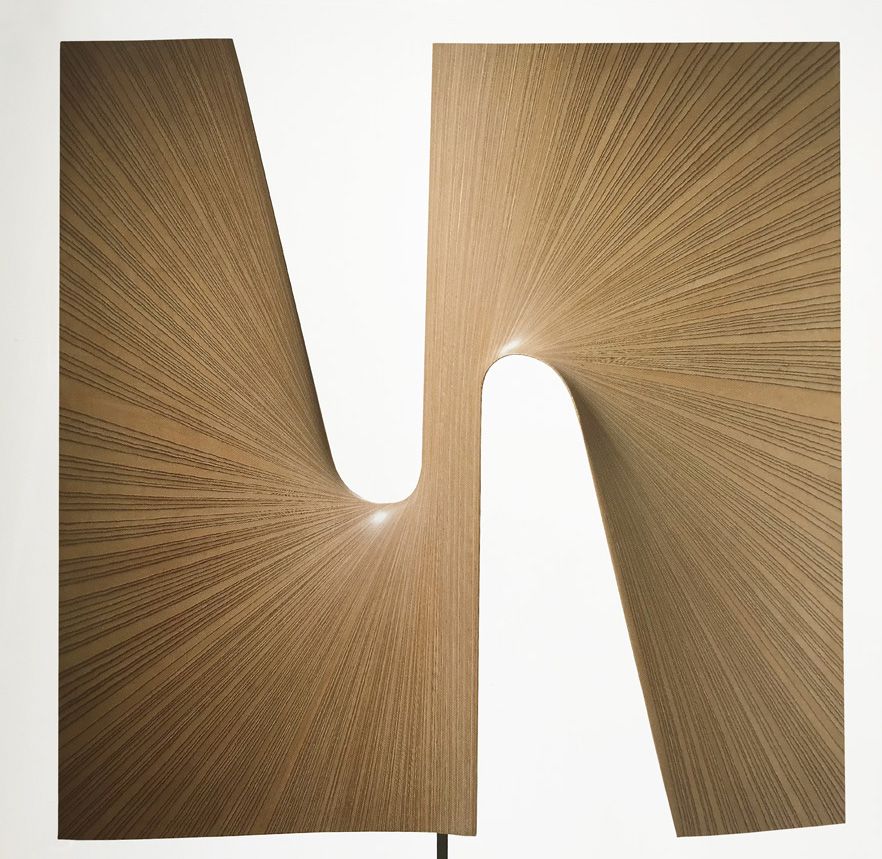 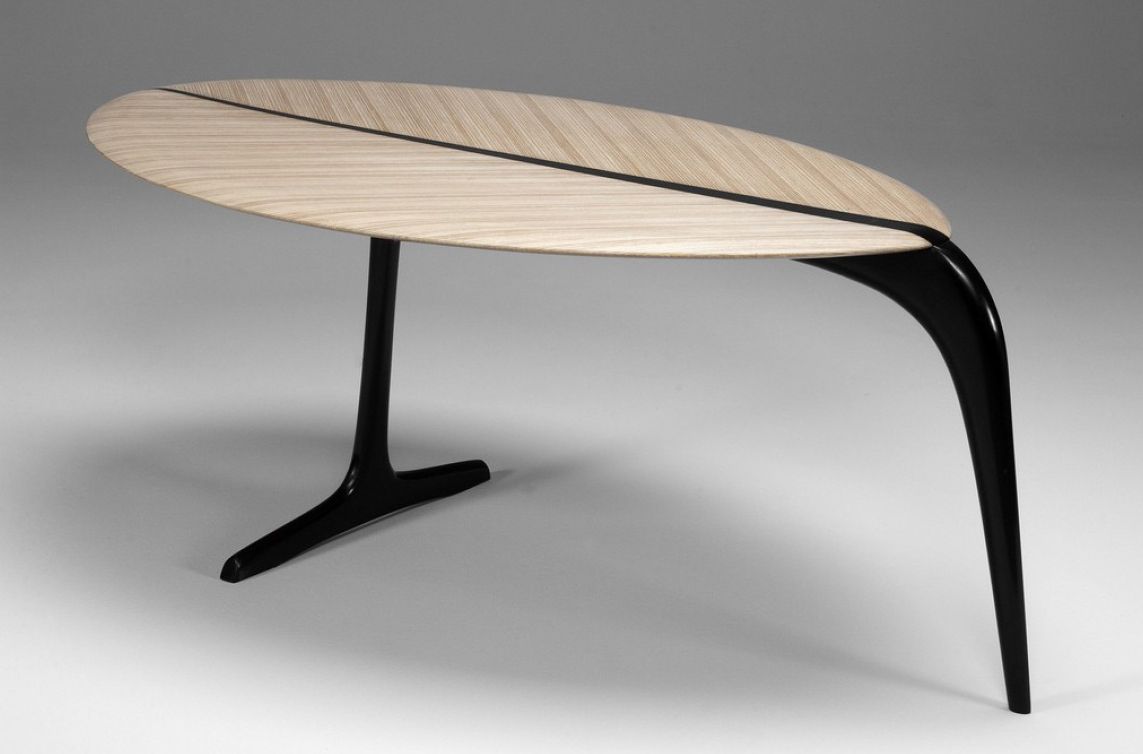 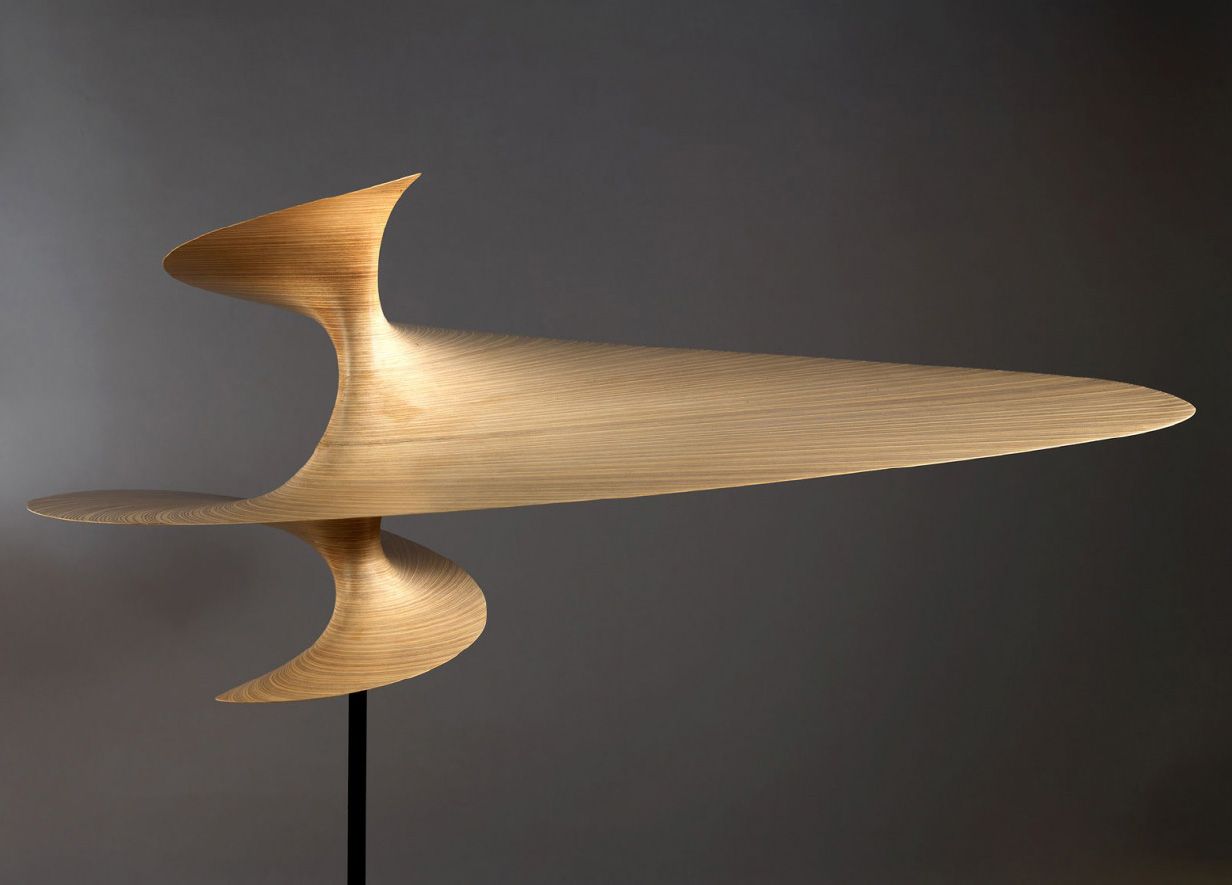 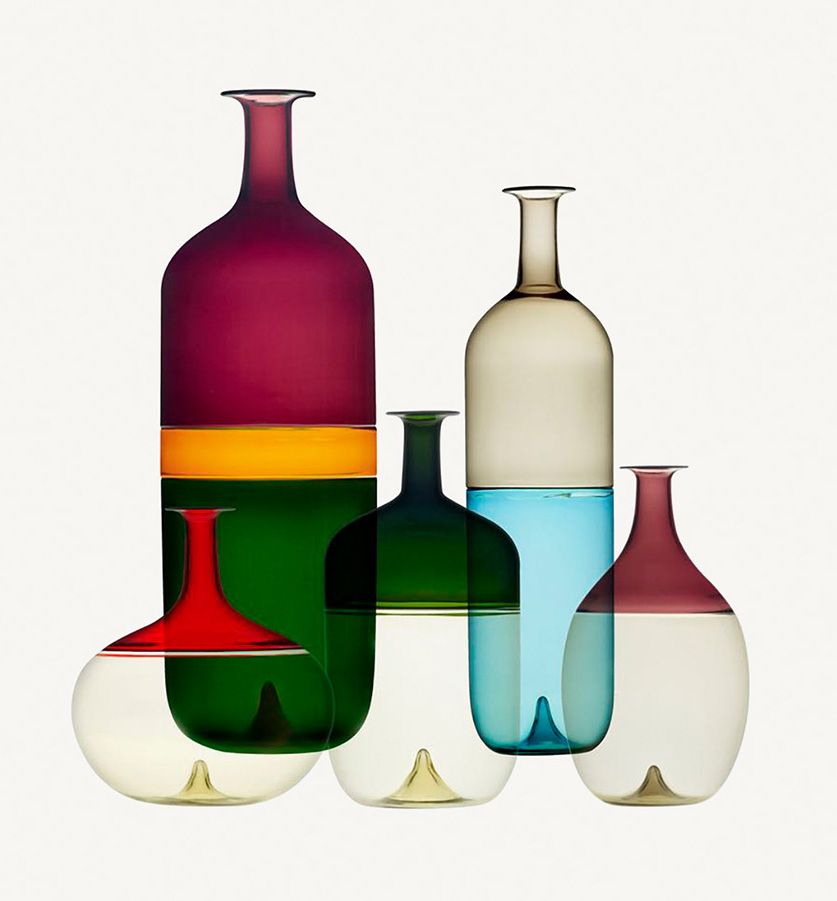 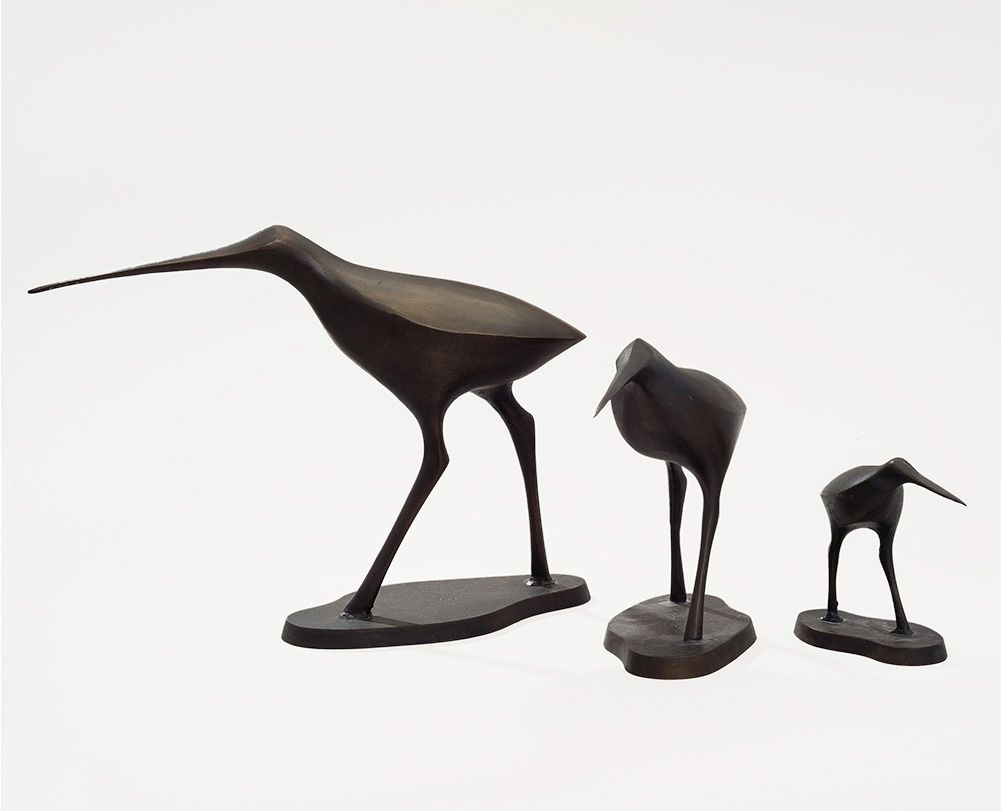 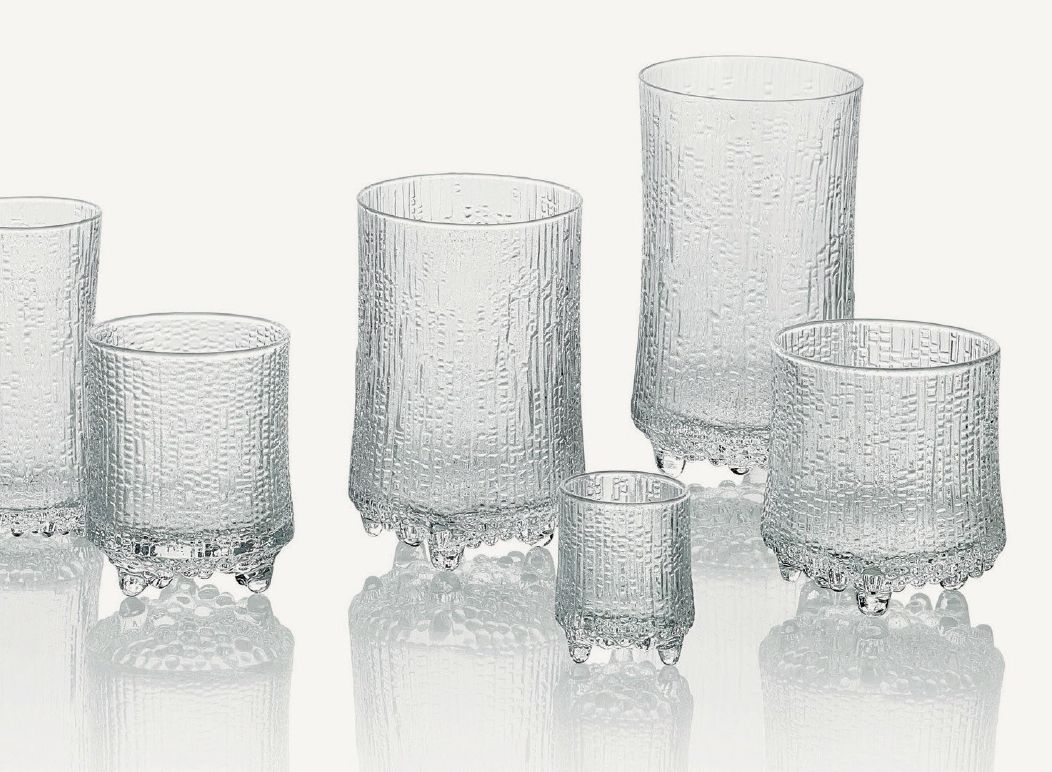 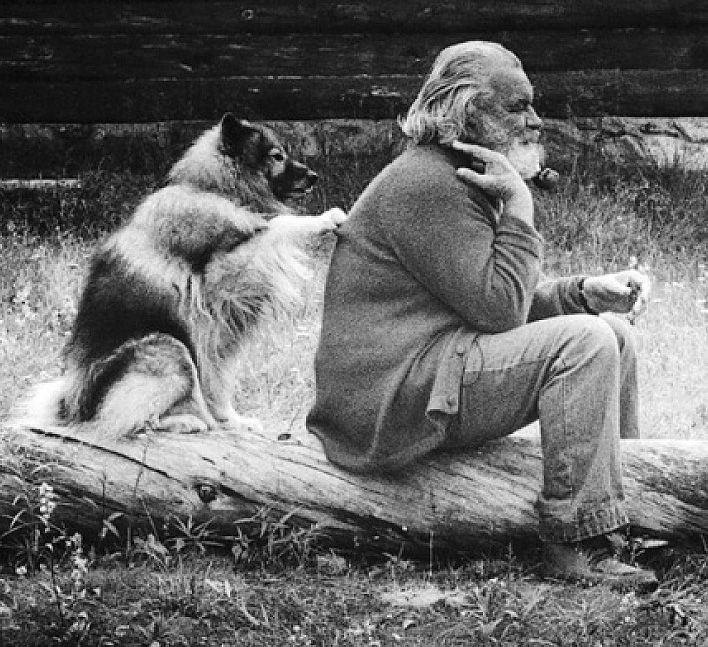 A man and his dog.

LEAD IMAGE
The Montréal Table at the 1967 World's Fair.