What happened to the modernist home as a place of inspiration? The only manifesto that comes attached to a new property in the 21st century is linked to designer-led aspiration – holistic interiors that match textiles to LED color temperature and the finish on light switches. Almost everything is prefixed with the word ‘luxury’ to quantify its worth. Back in the Europe of the 1920s and 1930s, a fresh socialist approach to housing radically changed the landscape of its cities. At the core of it all was ‘functionalism’, which was shortened and rebranded as ‘Funkis’ as it became household terminology throughout Scandinavia. Funkis was a phenomenon and an adjective. Something could be described as “very Funkis”. In its way, it was the early 20th century equivalent of ‘hipster’ – the word became synonymous with the idea of something radical and iconoclastic. Comic books appeared using the term for their name, and in 1932 a department store in Gothenburg promised shoppers a ‘Funkis Christmas’.

The tipping point for the domestic modernist movement and the moment when Funkis became a thing was The Stockholm Exhibition in 1930, designed by architects Erik Gunnar Asplund and Sigurd Lewerentz. Asplund’s work was already celebrated in Sweden. The rotunda at his public library in Stockholm remains one of the world’s most beautiful reading rooms and is hugely significant in the development of the modernist look. With its simplified structures, lines and muscular use of typography, you can see the neo-classical tropes of institutional architecture dissolving in front of your eyes to make way for something new. At the Stockholm Exhibition, architects – Asplund included – proposed a new way of living. It was the modernist ideal: stripping away pointless (and expensive) visual flourishes and focusing instead of spatial elements, light and elegant purity. It captured the public imagination instantly. It was about a new kind of democracy and simplicity. Just as we sometimes enter an unnecessarily shabby hotel room today, with weathered floral textiles and chipped ornaments, and wish it could just be clean and all-white, Funkis was about fundamental, base level qualities.

Literary critic Axel Strindberg said of the movement later: “Funkis was a good word. An uplifting word in a dark time, something to hold one up, something that worked … that magic word set in motion so much that one had not thought about before. Funkis was the word and the conception that lived on in the attempt to bring order in the new world of ideas that penetrated even the student’s dens.” Asplund himself described the functionalist movement as the chance to offer “everyone a place in the sun”.

The new functionalism was spurred on by technological changes in construction. Concrete was now used for floor structures and outer walls were no longer necessarily load-bearing. That meant that the facades could be broken up with impressive amounts of glass – long stripes of windows that opened up rooms to daylight in a way that just wasn’t possible before. Ceilings became plainer, and the shape of staircases became simpler too, leading to designers using more interesting materials to enhance their look, rather than rely on the drama of a sweep or curve. Architects experimented with cantilevered staircases and opening up their sides with glass.

It is interesting that the beauty of the Funkis movement did, indeed, as Strindberg points out, come from a dark time. The global economic meltdown of 1929 meant building materials had to be affordable. The world was changing. In Denmark, Funkis was executed by architects Vilhelm Lauritzen, Arne Jacobsen and C.F. Møller. Over 100,000 single-family Funkis homes were built in the period up to 1945. Elsewhere Edvard Heiberg and Alvar Aalto were instrumental and finessing the style. The original Funkis home – still celebrated by the Danish company Ferm Living – designed ‘Funkis House’ dolls house that is a popular toy for 21st century aesthetes – is now an architectural gem. In a world defined by all things high tech, along with extraordinarily rich materials and custom-made furniture, it remains a modernist default and, in its own way, a genuine luxury. 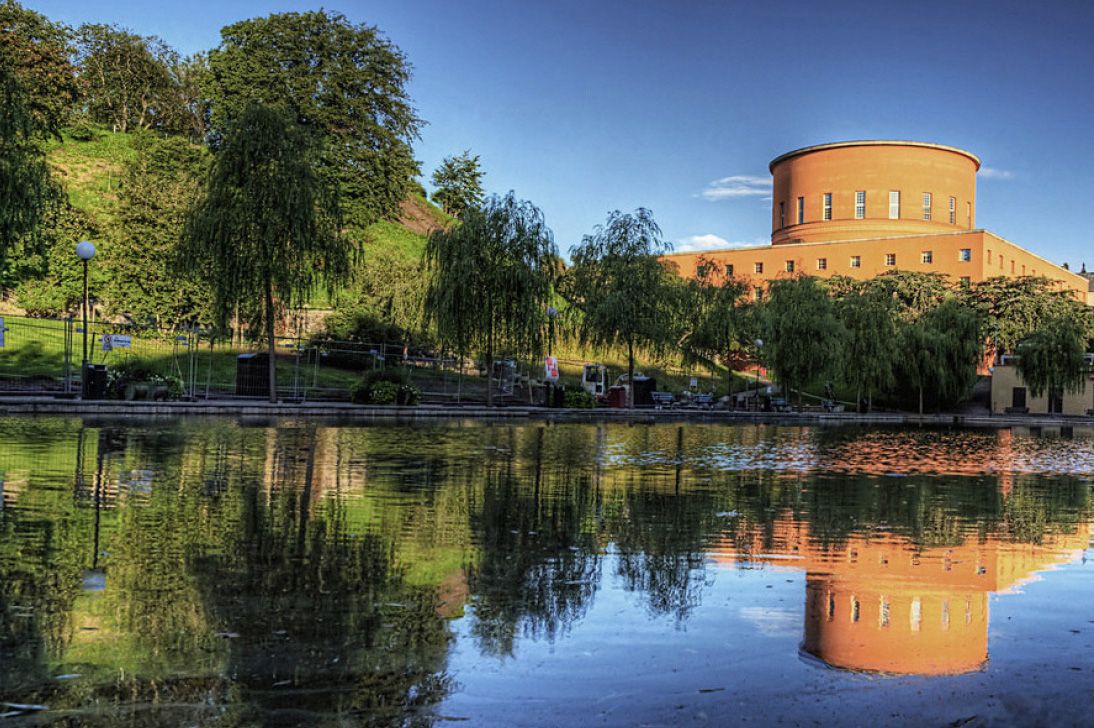 In anticipation of Funkis. Gunnar Asplund’s City Library in Stockholm. 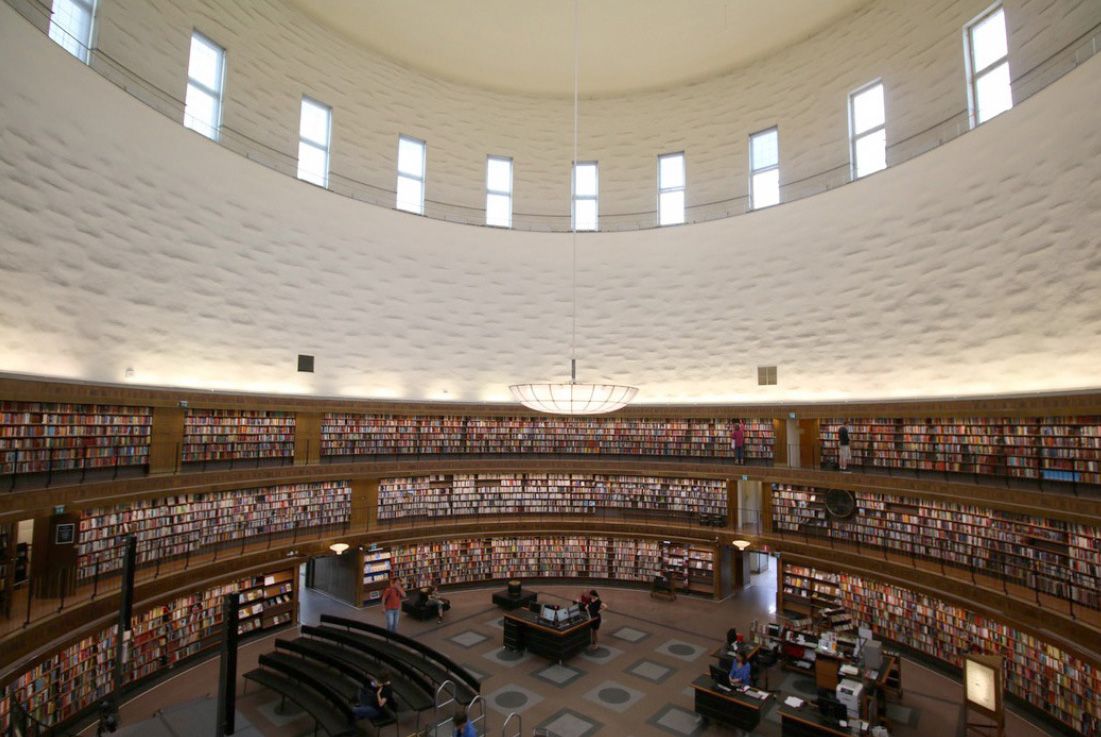 The rotunda at the library remains one of the world’s most beautiful reading rooms and is hugely significant in the development of the modernist look. 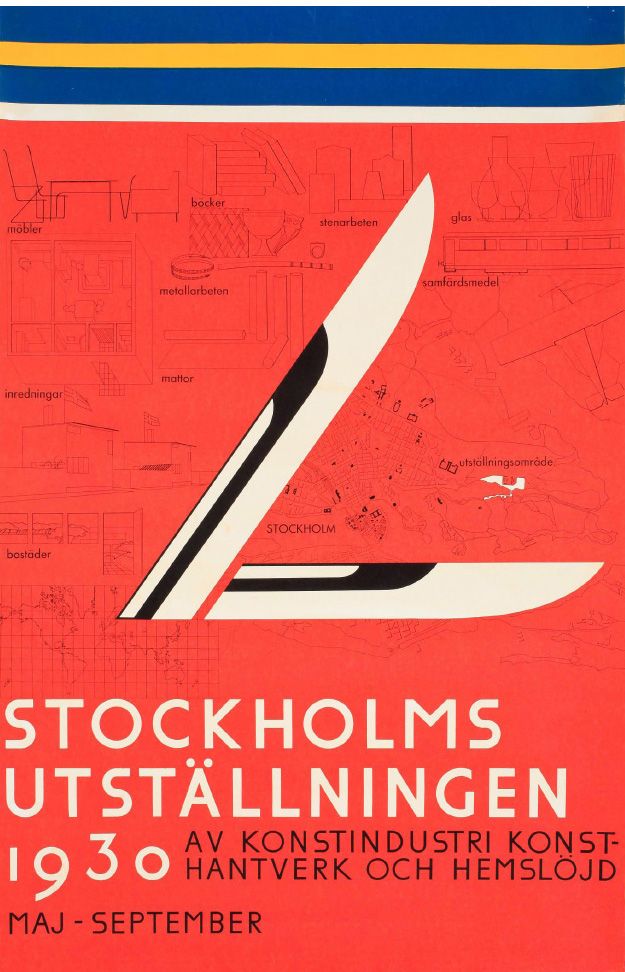 Poster for the Stockholm Exhibtion 1930. ‘For Industrial Art, Crafts and Handicrafts’ 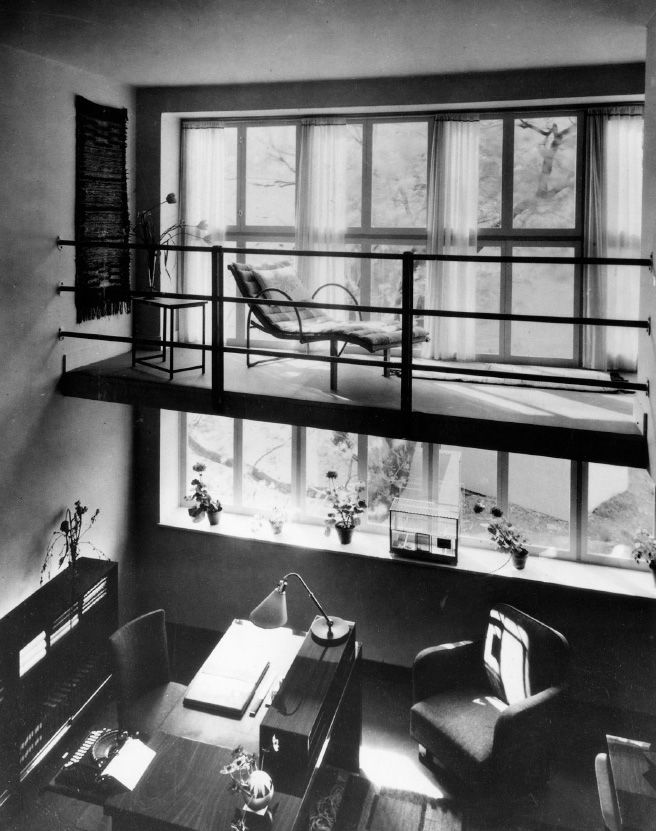 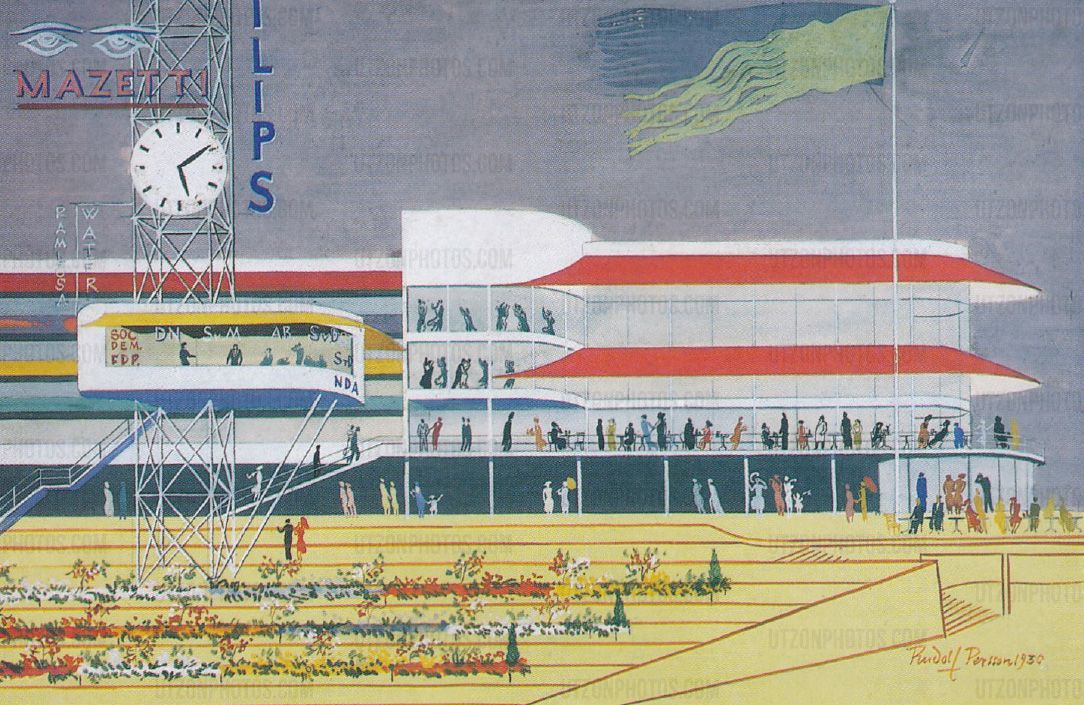 At the exhibition Swedish architects proposed a new way of living – a modernist ideal. 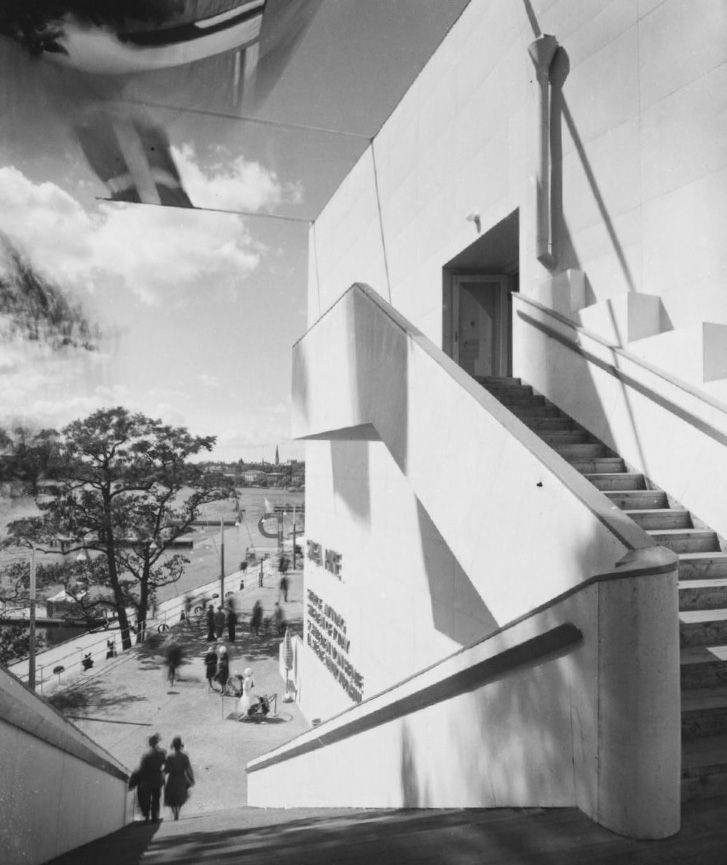 One of Gunnar Asplund’s many designs for the exhibition. Here the Svea Rike building. 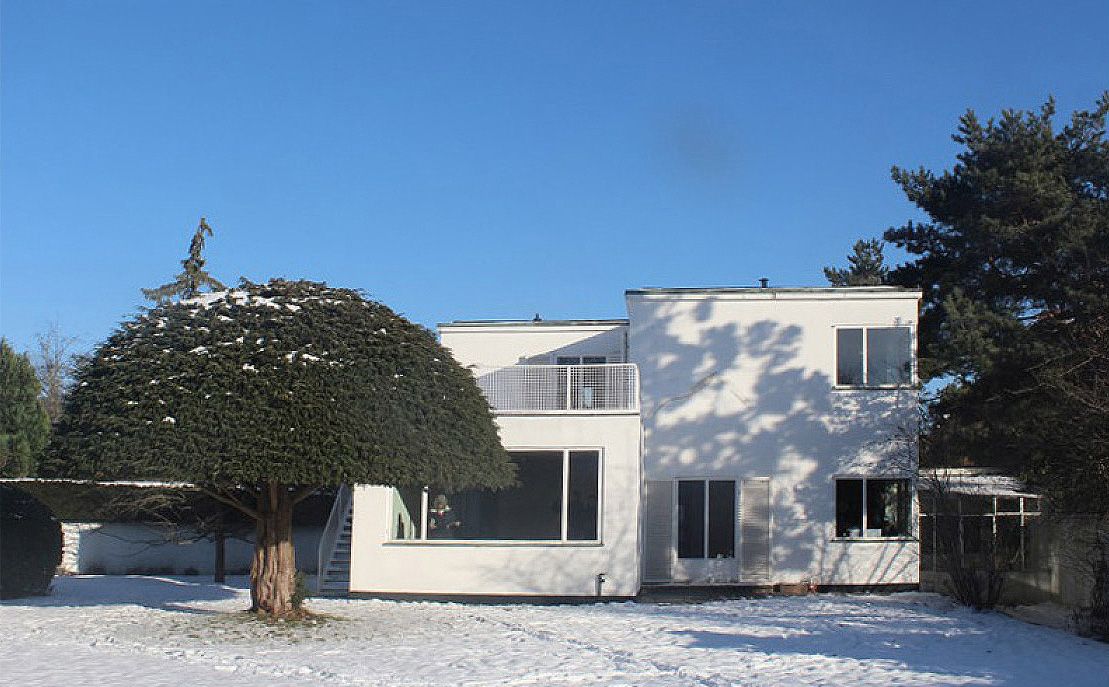 Arne Jacobsen designed and built his home in Charlottenlund, Denmark. 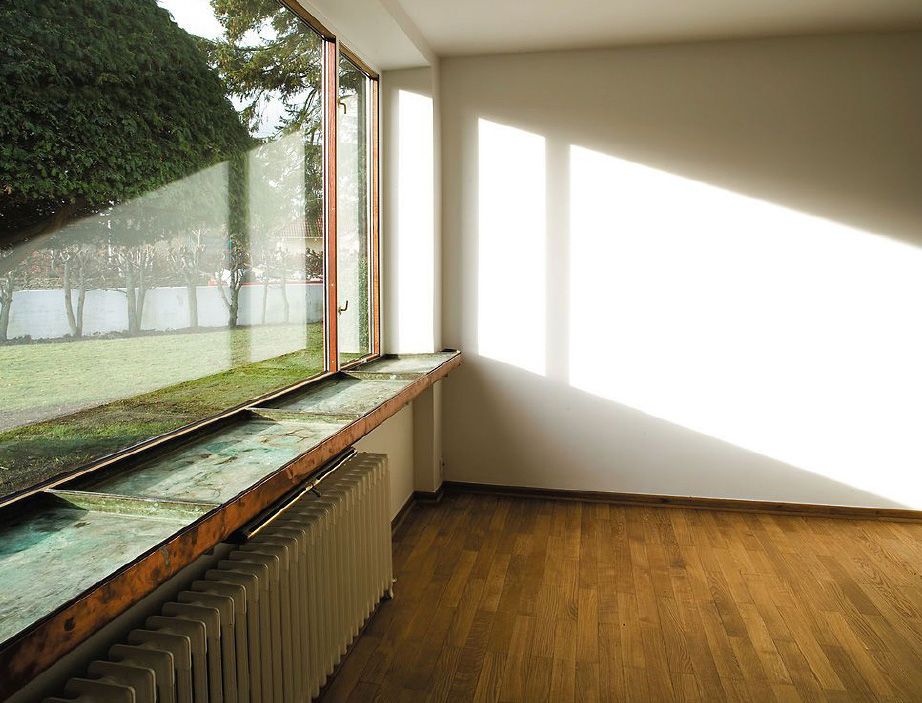 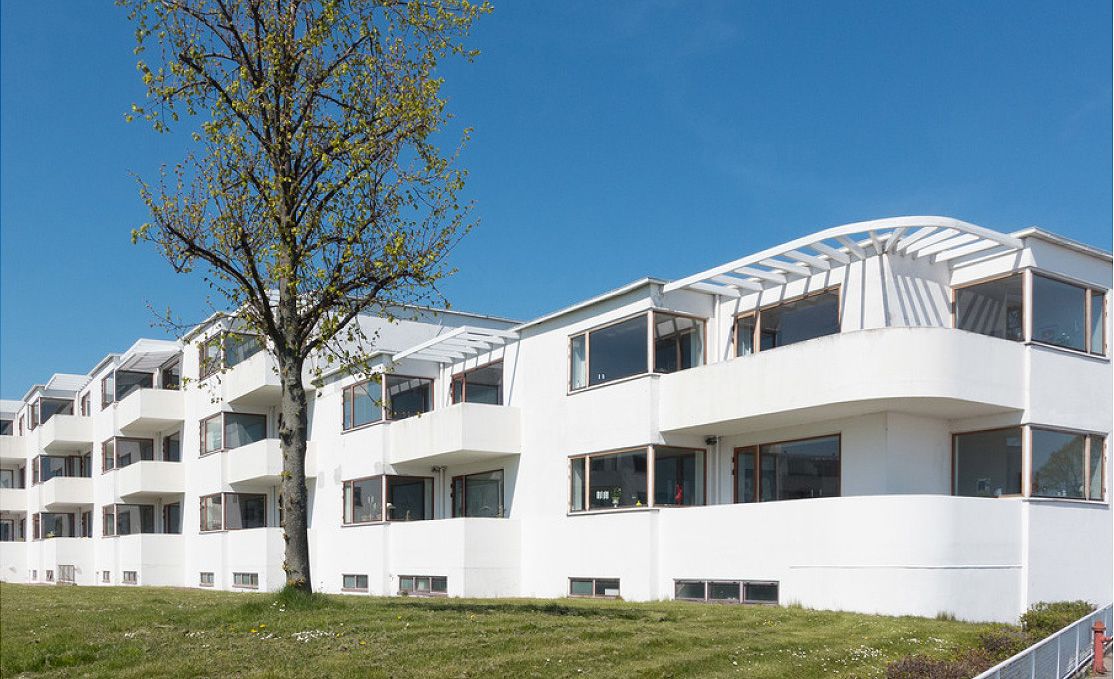 Apartment building by Arne Jacobsen in the Klampenborg suburb of Copenhagen 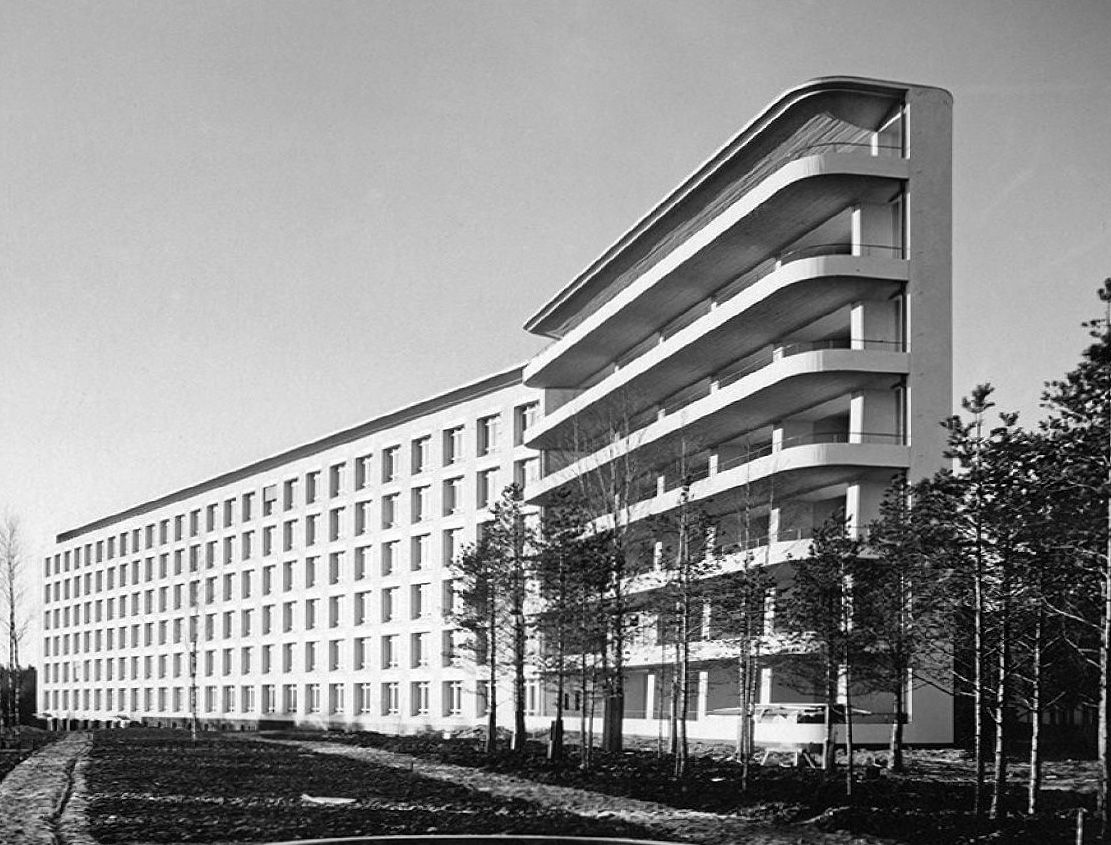 Alvar Alto’s design for the sanatorioum in Paimio, Finland. 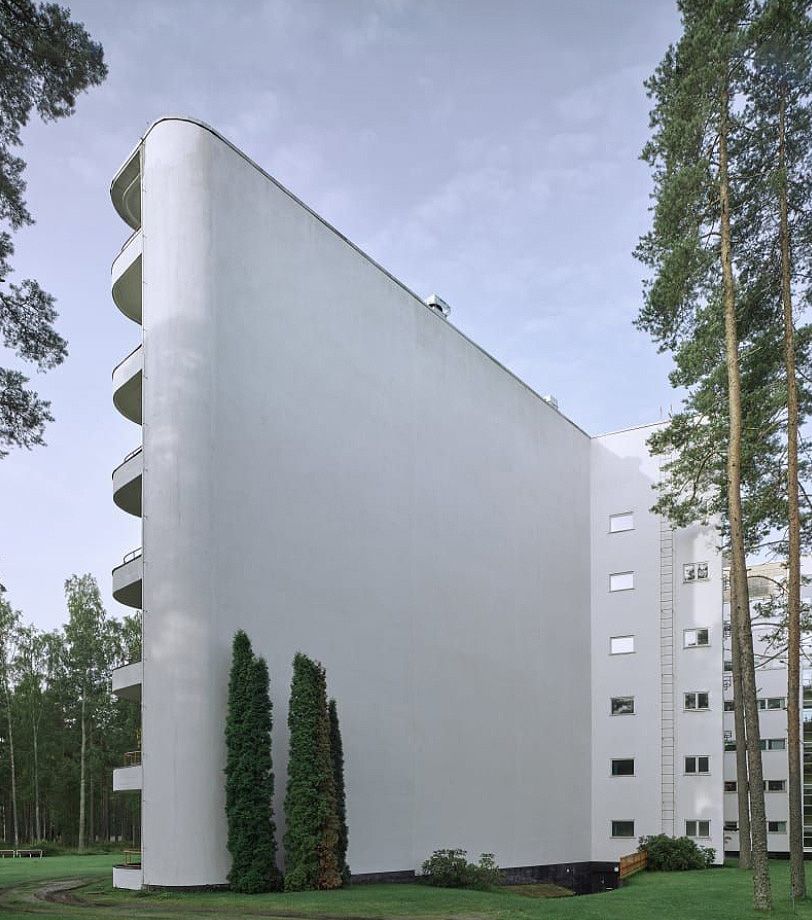 Aalto’s starting point for the design of the sanatorium was to make the building itself a contributor to the healing process. He liked to call the building a “medical instrument”. 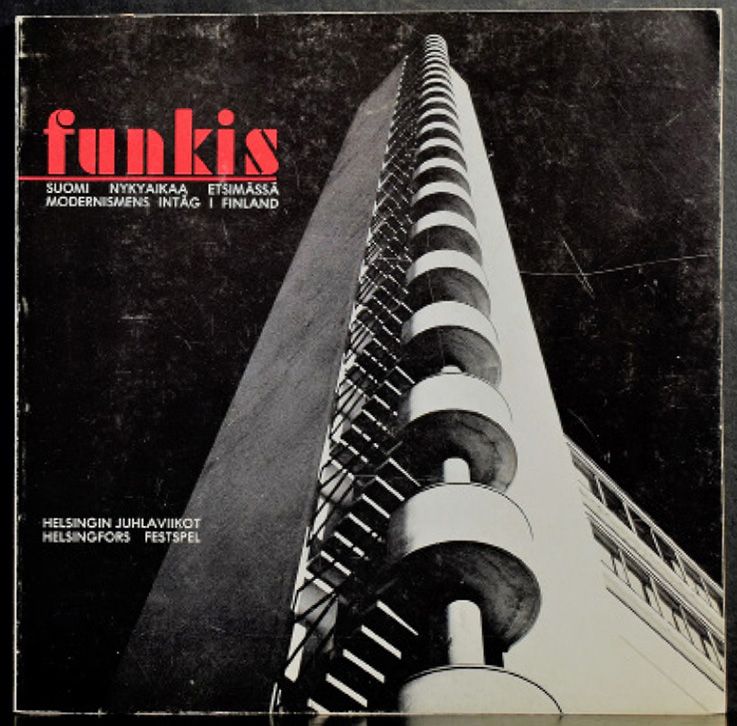 ‘Funkis - The entry of Modernism into Finland’. 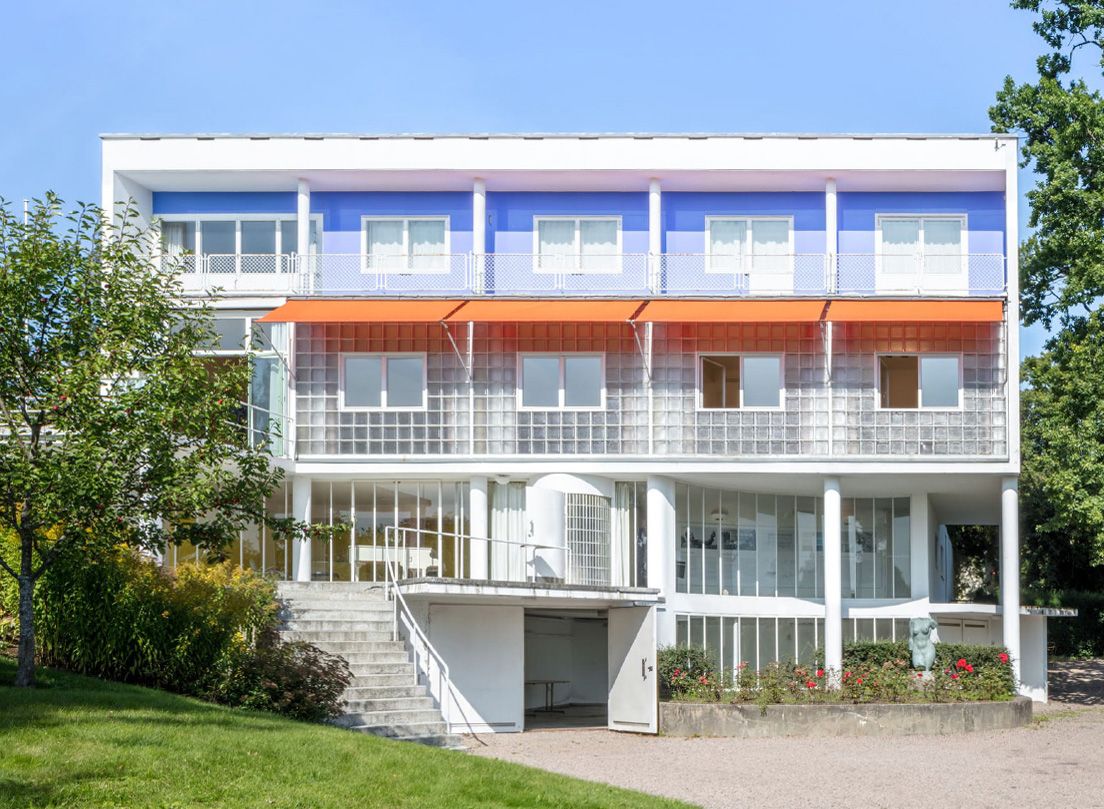 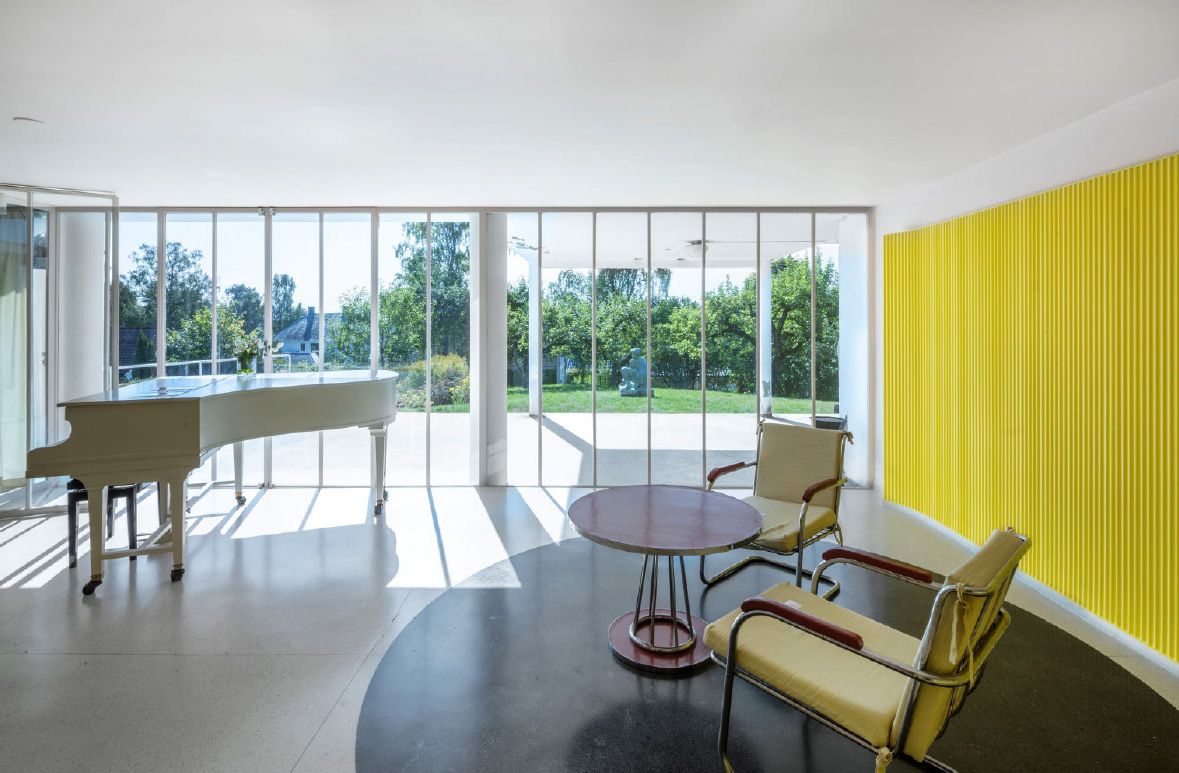 Characterized by its highly international style, Villa Stenersen is considered a major work in Norwegian Funkis. 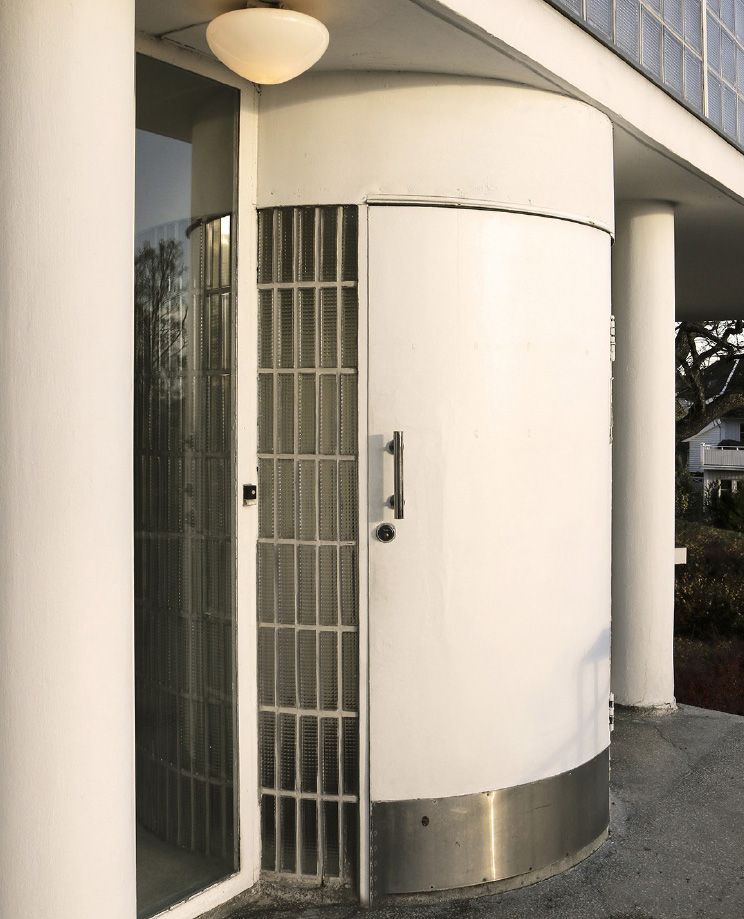 Korsmo was quoted saying during the constuction: ‘An owner who takes a leap of faith with the architect is entitled to the best possible result’. 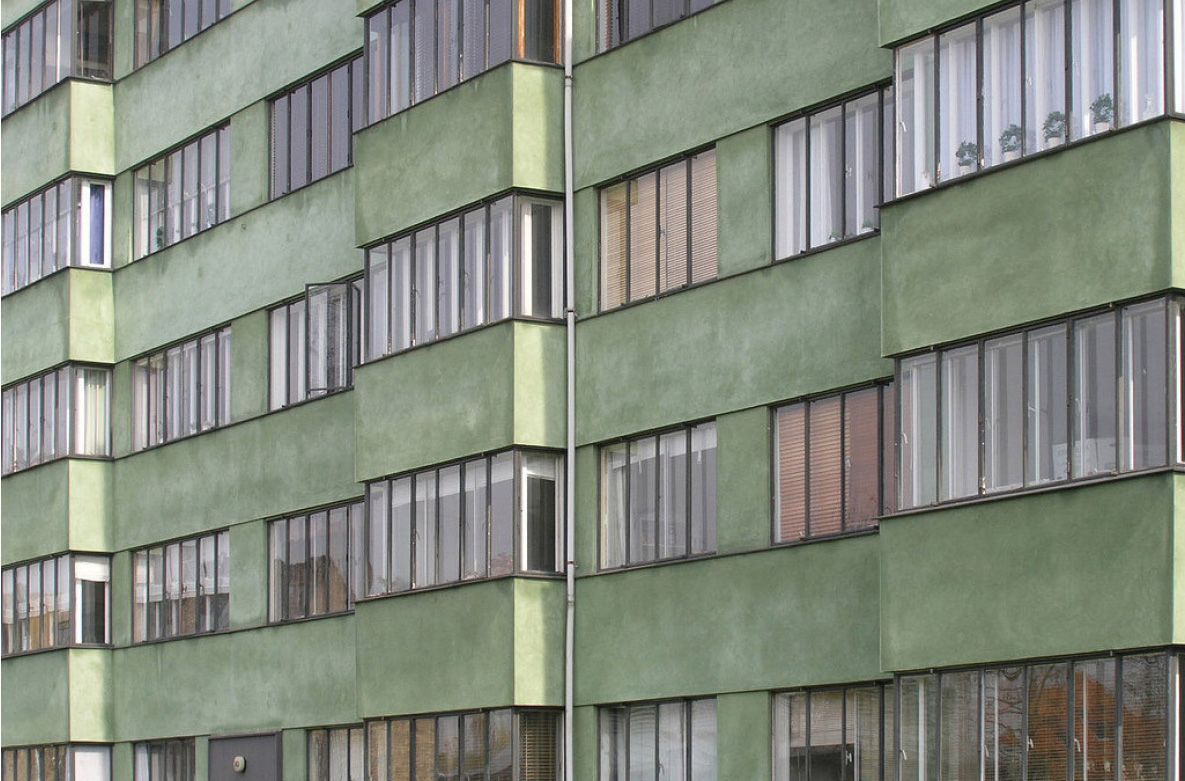 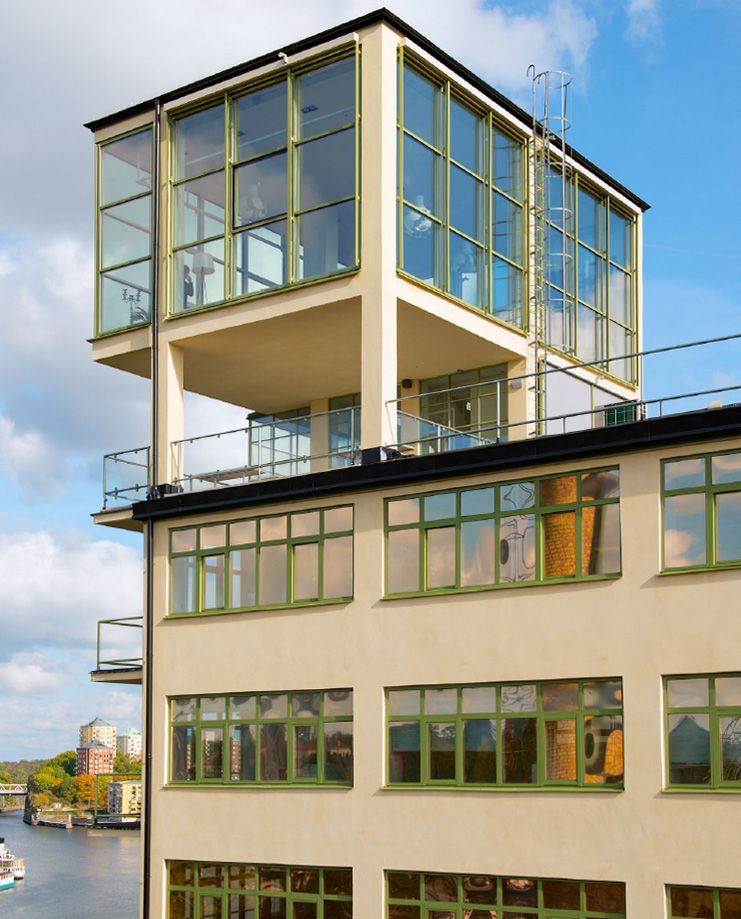 The Luma lightbulb factory in Stockholm, designed by Simon Brofeldt. 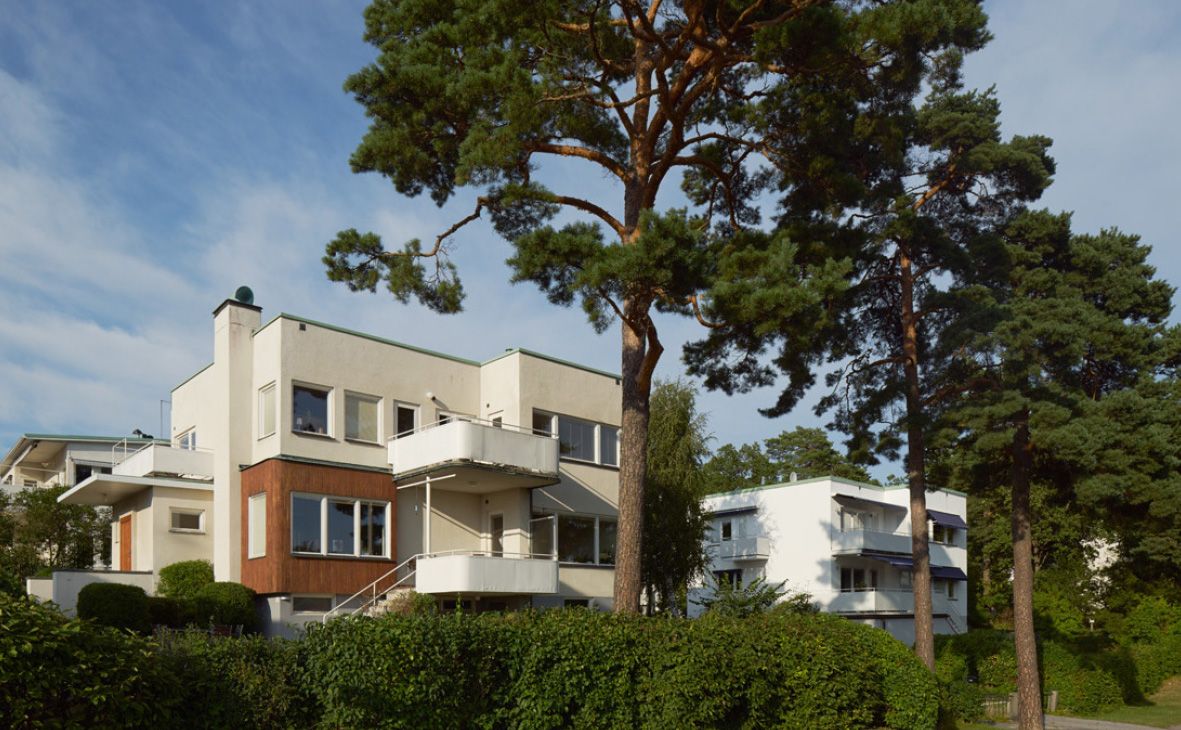 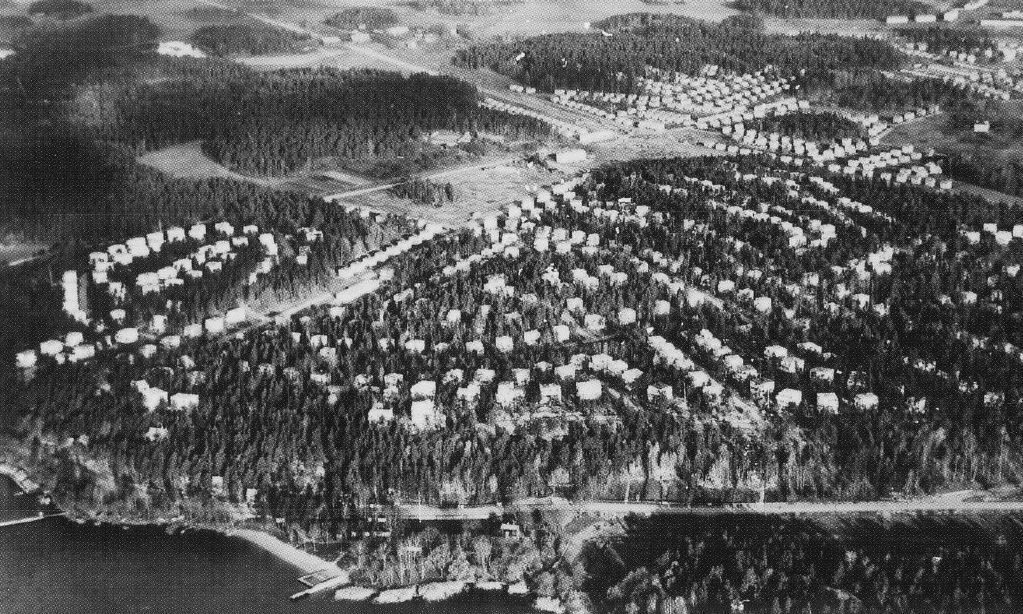 Over 500 buidlings, still well preserved, make Södra Ängsby one of the largest coherent Funkis areas in Sweden, and possibly the world.

Södra Ängsby is often referred to as ‘the last garden city’.