Long before it was added to the National Register of Historic Places in 2010, due to BassamFellows’ meticulous rehabilitation, the building required major work. Uncared for and radically altered from its original plan by multiple owners, the International Style home required a top-to-toe restoration that spanned nearly 4 years and involved rebuilding the house from the studs – virtually every surface was effected.

BassamFellows believes that the key to preservation is relevance. For this house, in an upscale suburb approximately 1 hour from New York City, relevance for today’s living standards meant larger rooms with improved interior flow, higher quality materials and superb finishes throughout. Better energy efficiency was another priority. The challenge was to achieve these goals sensitively while returning the house to its former design integrity by adding back details stripped during previous insensitive renovations.

After its successful restoration – lauded by Dwell Magazine, among others – the home became an important showcase for BassamFellows ‘Craftsman Modern,’ furniture collection. Like the Mills House 2 itself, it is the perfect blend of modernism and soul. 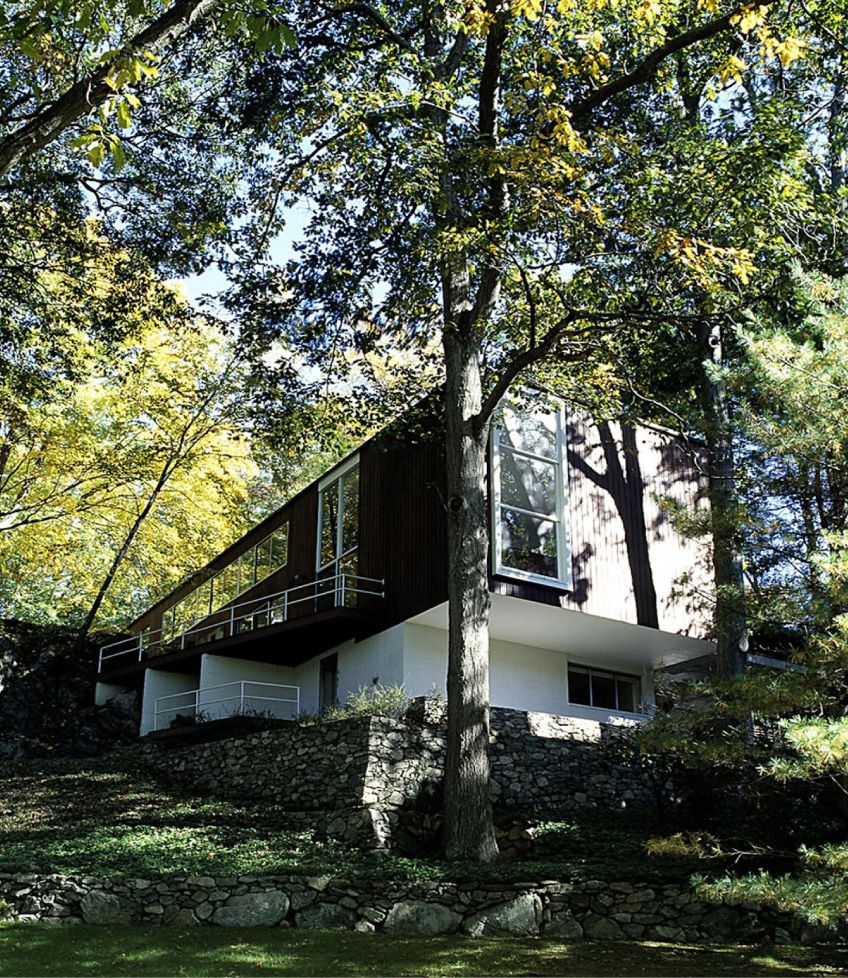 The house is distinguished by its cantilevered living room, which floats some 30 feet above the ground. 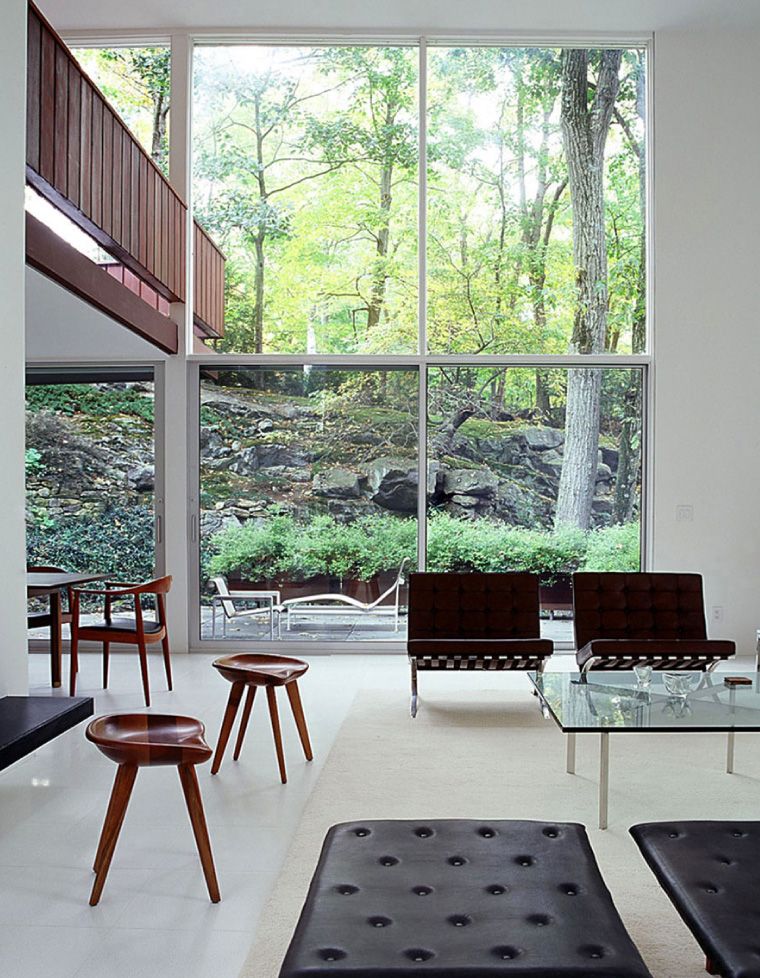 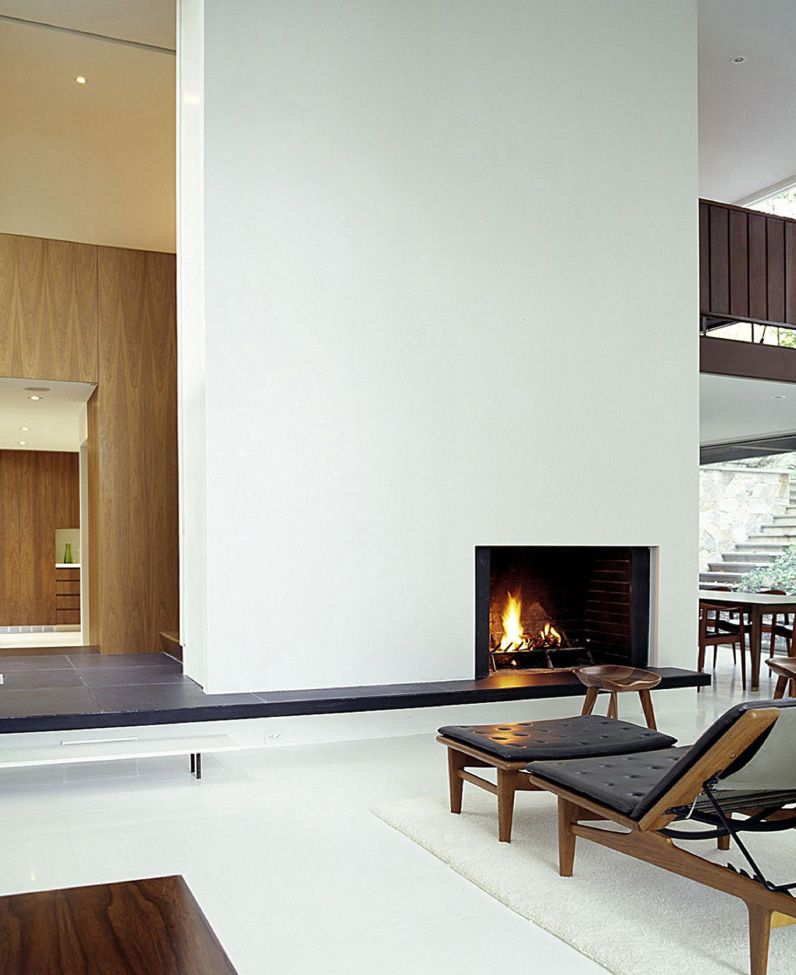 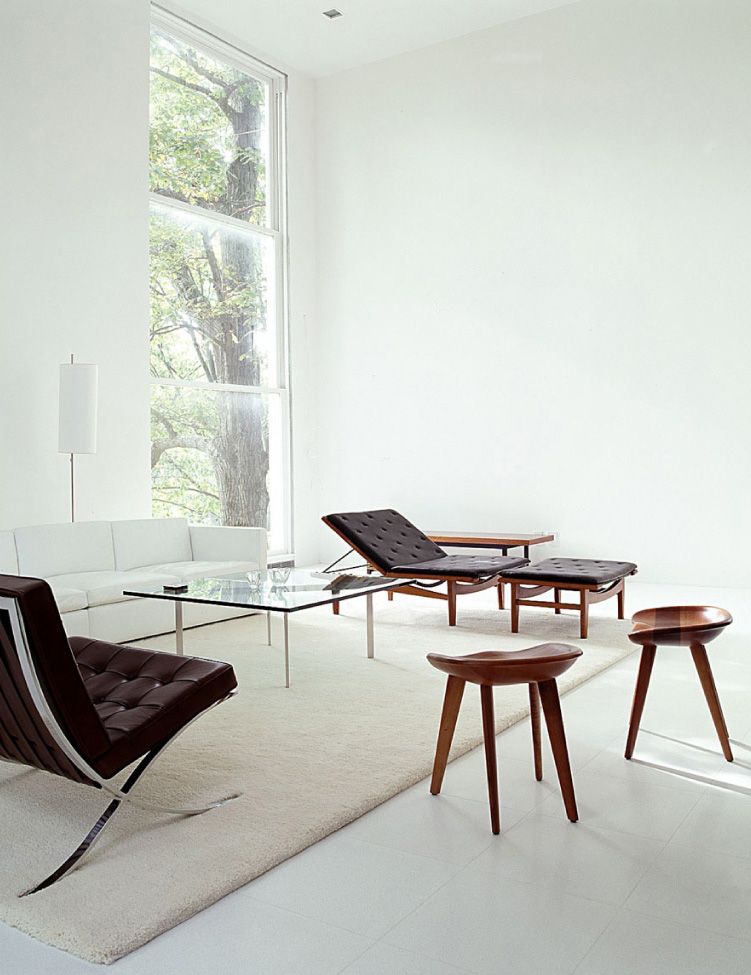 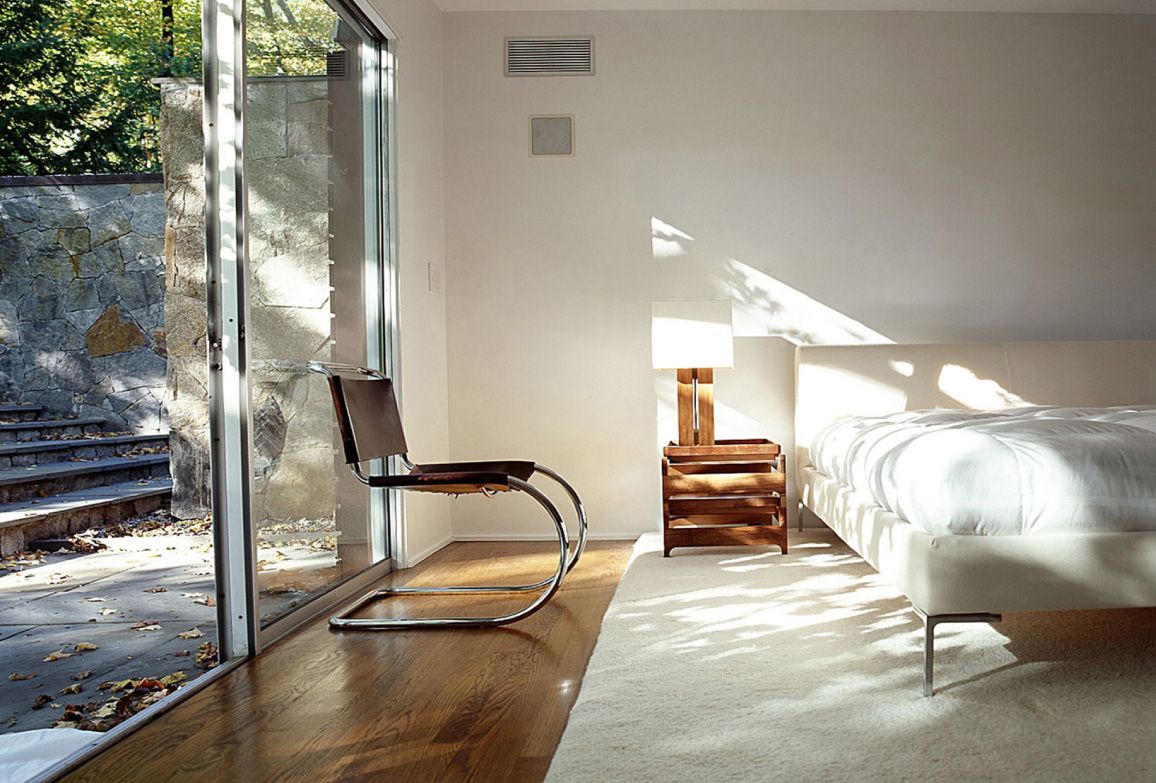 Pictured is the master bedroom, which opens onto an outdoor area with stairs leading to the pool. 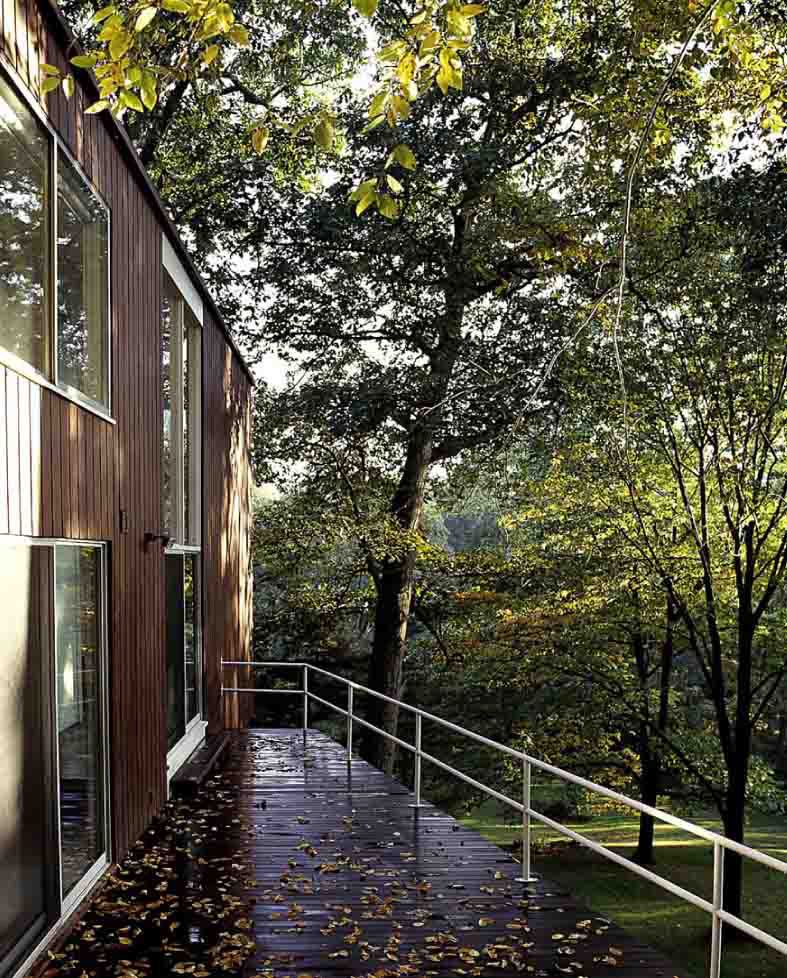 The home’s exterior back deck is accessible from the kitchen and living room.

Originally designed in 1956 by noted modernist architect Willis N. Mills, the home is accessed by the upper level entrance, which gives way to a double height living space.