To the uninitiated, Australia’s biggest city can feel like an embarrassment of riches, bursting with top rate design, spectacular natural beauty and cutting edge cuisine. Before planning our next trip, we spoke with two of the city’s most influential figures, fashion designer Collette Dinnigan and Television personality and magazine editor Neale Whitaker.

Paddington in Sydney’s Eastern Suburbs for the cohesive consistency of the terrace houses which are such a distinctive example of Victorian period architecture. The area is much loved and treasured by the city and many of the buildings are heritage listed to maintain the area’s integrity.

Where is the best coffee and we forbid you from saying ‘flat white!’

Where would you direct someone to buy something handcrafted and local?

Dinosaur Designs have great gifts, as does Samantha Robinson Pottery in Double Bay. I think Sibella Court is also worth a visit for her curation of interesting curiosities.

Anywhere by the water more so than the city…Tamarama, Bondi Beach, Neilsen Park. I think a trip on the harbour is the best way to see the city - from Circular Quay around the eastern suburbs and even across to Taronga Zoo on the Northern side of Sydney.

Rockpool and Rockpool Bar and Grill - for grand restaurant design and excellent service and food. Sean's Panaroma for the best Sunday lunch. Billy Kwong Potts Point for some of the best organic Asian food, especially the duck with cinnamon and orange. Ester in Chippendale for the best Paddock to Plate dinner. Icebergs Bondi for pre-dinner drinks and sensational view. Fratelli Paradiso for an intimate environment and consistently good Italian. Mr. Wong for great dumplings but best at night. Alimentari Paddington for a casual cafe lunch. Iggy's Bakery in Bronte in the morning gets you Sydney's best baked bread. Churchills Butcher in Woollahra for meat lovers - you can also book the butcher at night for private dinner parties. Kitchen by Mike is also worth the trip for lunch. It has a fabulous medicinal herb garden and is in a warehouse shared with Megan Morton.

A trip to Palm Beach is only an hour by car or 15 mins by seaplane. We always go to The Boathouse there for breakfast or lunch. If you don't get quite that far, a trip to Balmoral to The Boathouse won't disappoint as an extremely well styled and laid back environment to share a bucket of prawns and a glass of wine.

The current reinvigoration of inner-city Chippendale and the harbourside developments at King's Street Wharf and Barangaroo are impressive, but on a personal level, nothing beats pounding the streets of Surry Hills, Darlinghurst and increasingly, Redfern. There's soul, depth and a creative pulse which are a million miles away from Bondi's beach vibe or the langour of the eastern suburbs. As an ex-pat Londoner I gravitated to these districts many years ago and I have never left. I can't.

Where is the best coffee?

That's a contentious question to ask a Sydneysider. This is a coffee-obsessed city and everyone has an opinion. I live and work in Surry Hills so my choices are very local - I like The Book Kitchen on Devonshire St, Di Bella Coffee Roasters on Holt St and the new kid on the block, Dr Faustus on Cleveland St.

Where is a place you’d direct someone to buy something handcrafted and local?

Ross Longmuir's Planet stores in Surry Hills and Potts Point have long championed Australian craft and design. They would be a perfect place to start. Koskela in Rosebery is worth checking out, as is Spence & Lyda in Surry Hills.

Sydney is a city of villages and experiences so there is no one neighbourhood that captures it all. Some would say Bondi but it's just one fragment of a surprisingly complex city. The beauty of Sydney however is that it's quite compact, so with just one day you could breakfast on an inner-city vibe in Surry Hills, head out through the eastern suburbs (Paddington, Woollahra, Vaucluse) to Bondi or Watson's Bay for a lazy lunch - depending on whether your preference is for the harbour or ocean - and then back to Potts Point for a sundowner, dinner on Macleay St and one of the best city views in town. Save crossing the bridge for the next visit. Sydney's north is a very different land.

Cocktail: a negroni or Aperol spritz in any of the above locations. Alternatively at one of the proliferation of inner-city laneway bars in Surry Hills or Darlinghurst. 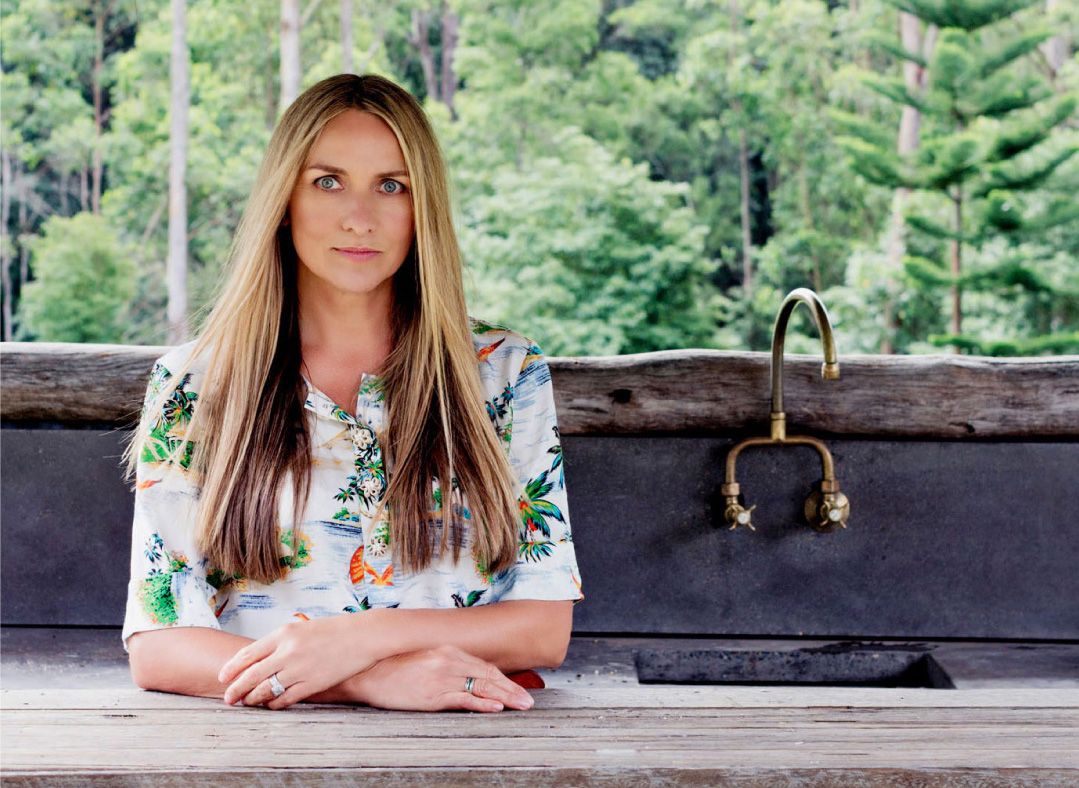 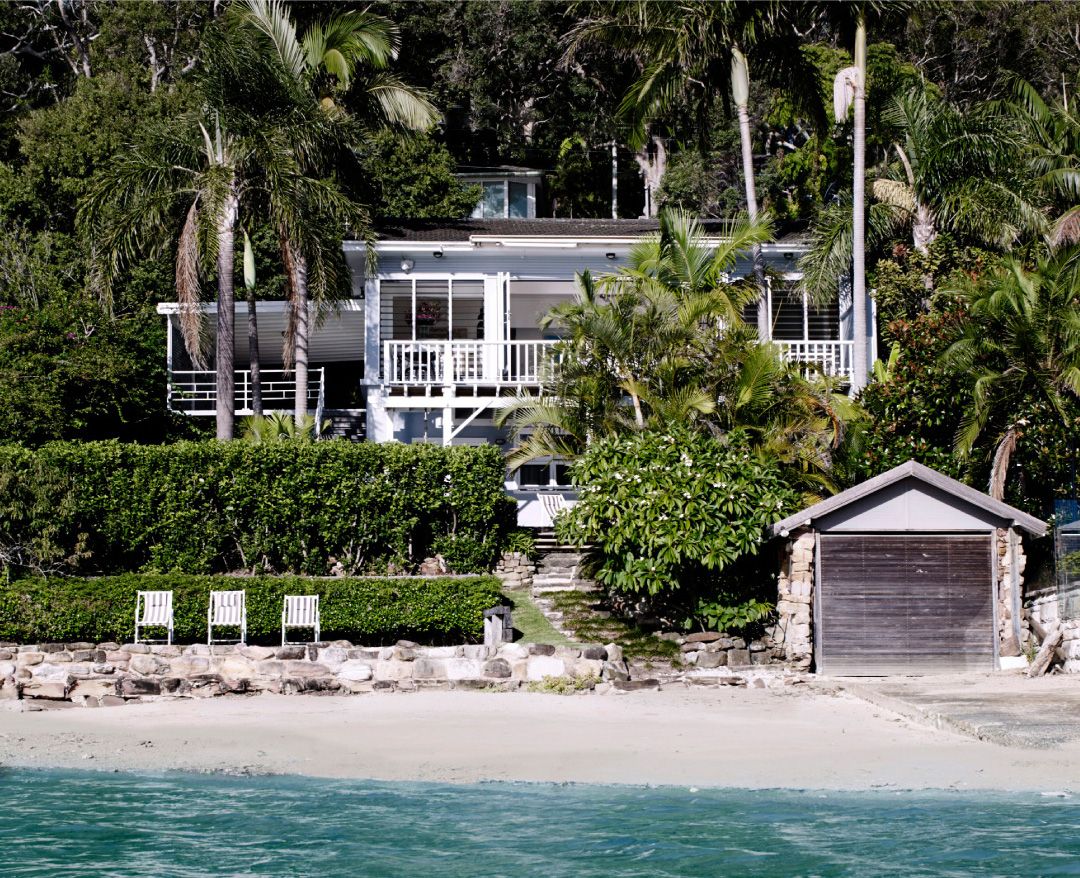 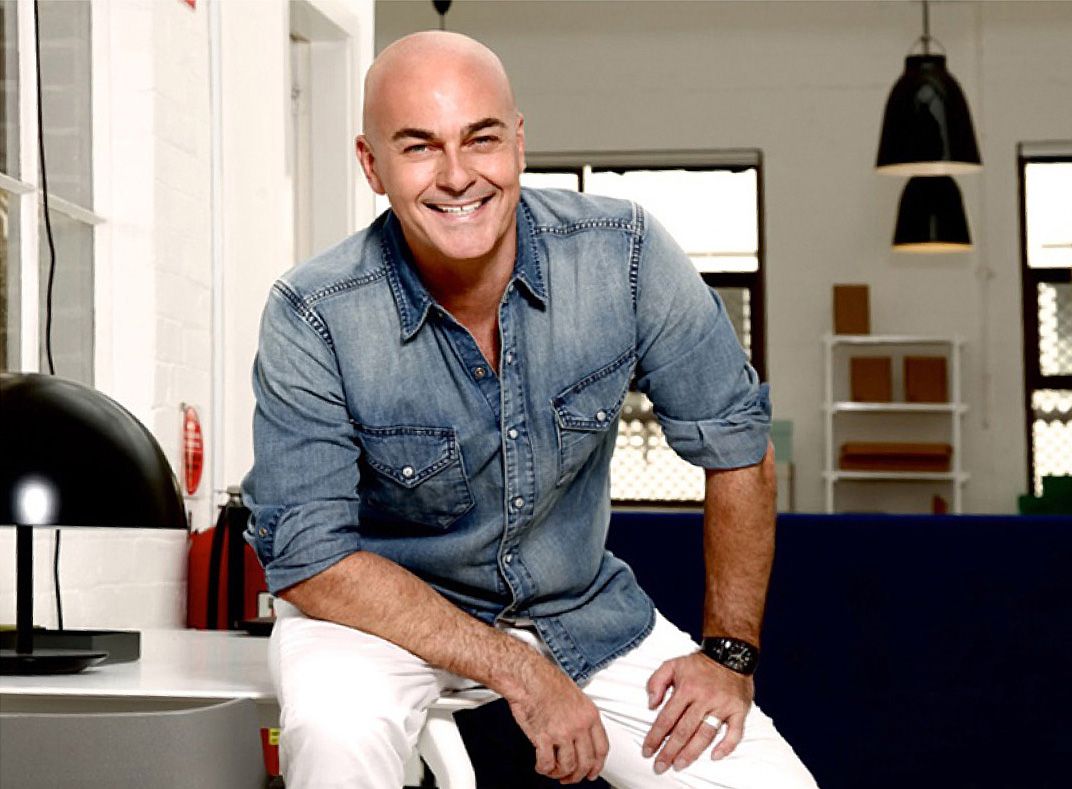 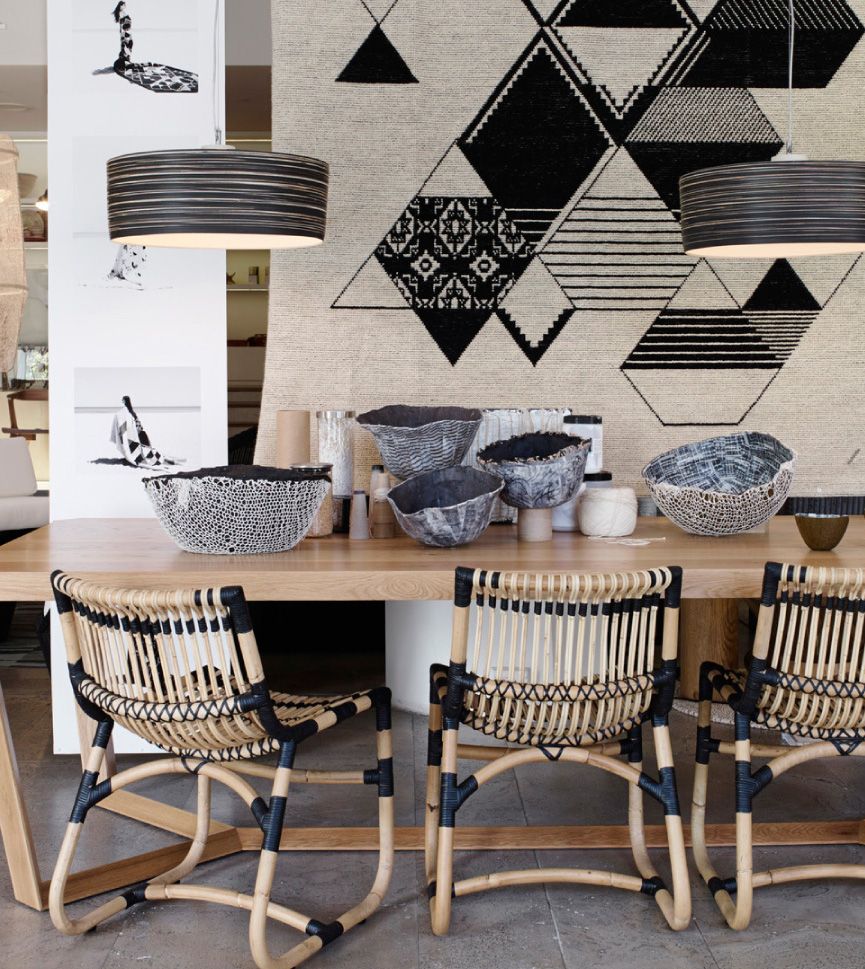 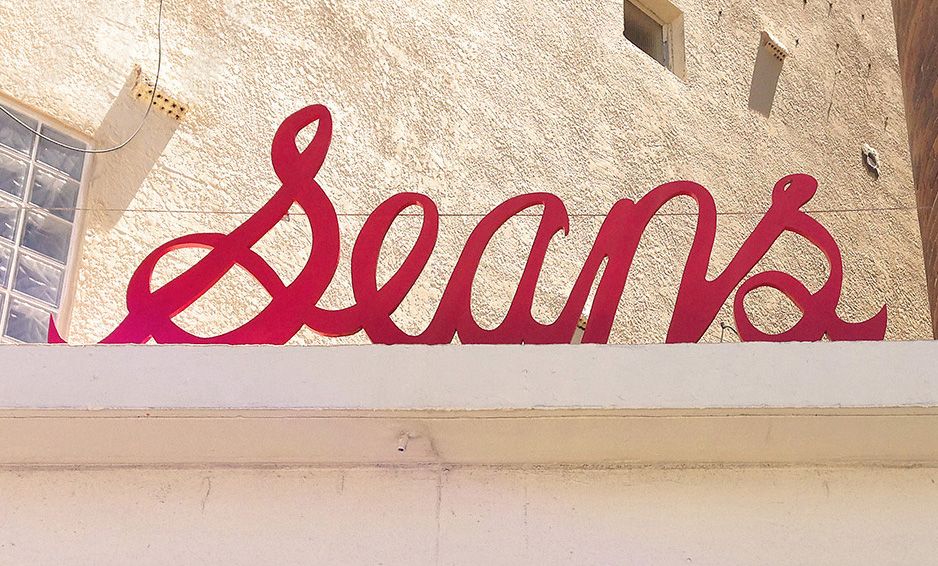 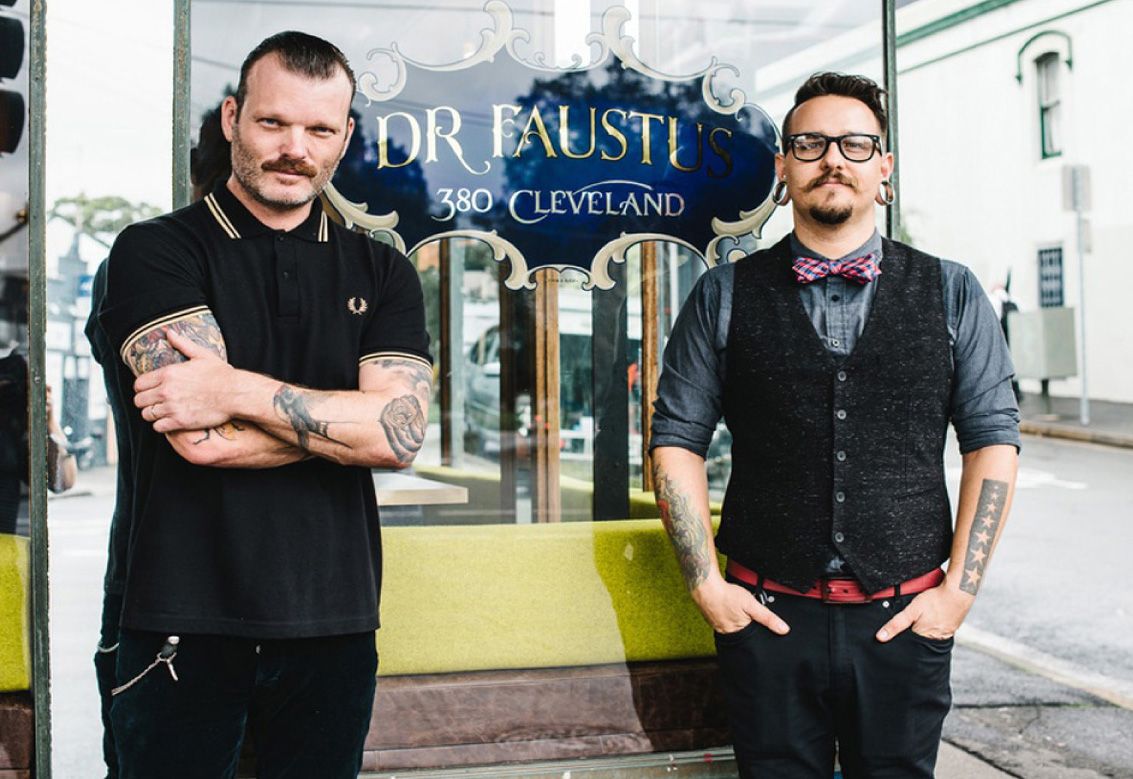 The dapper men of Surry Hills' Dr. Faustus, known for its excellent coffee. 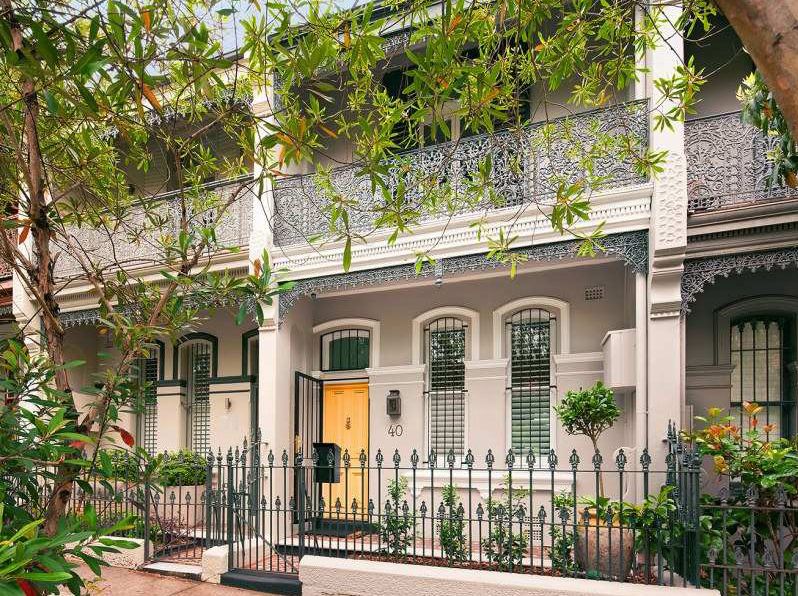 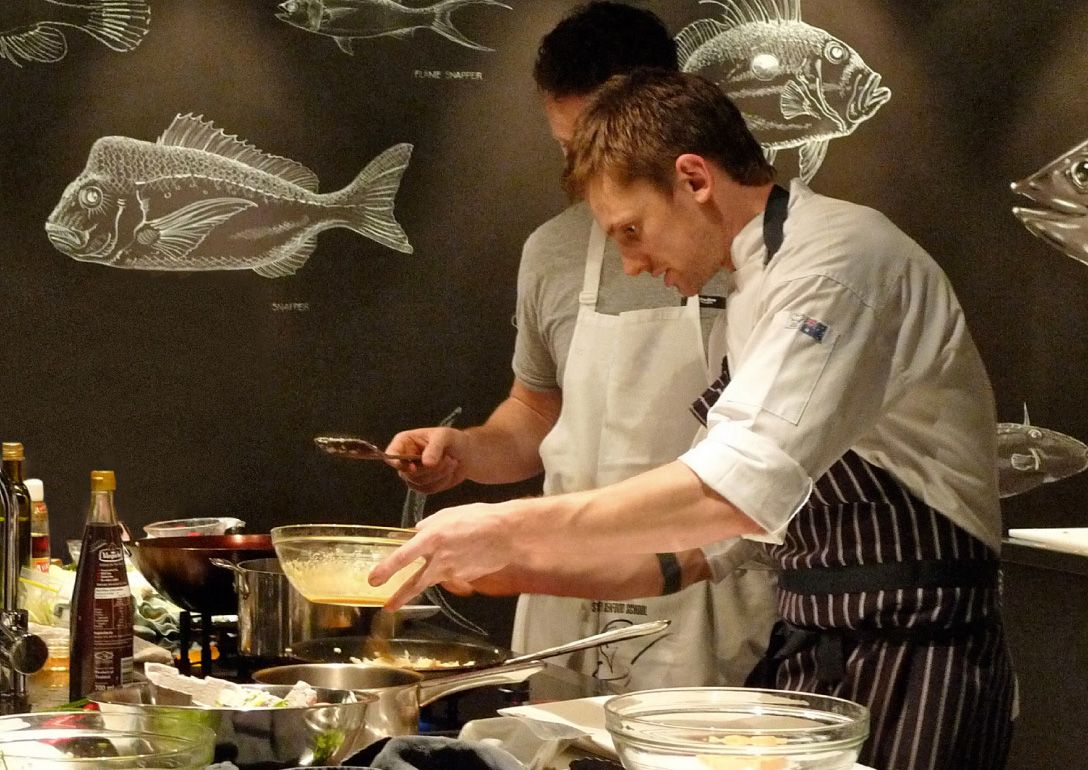 Sydney Fish Markets Cooking school, one of the city's many places known for its first rate seafood. 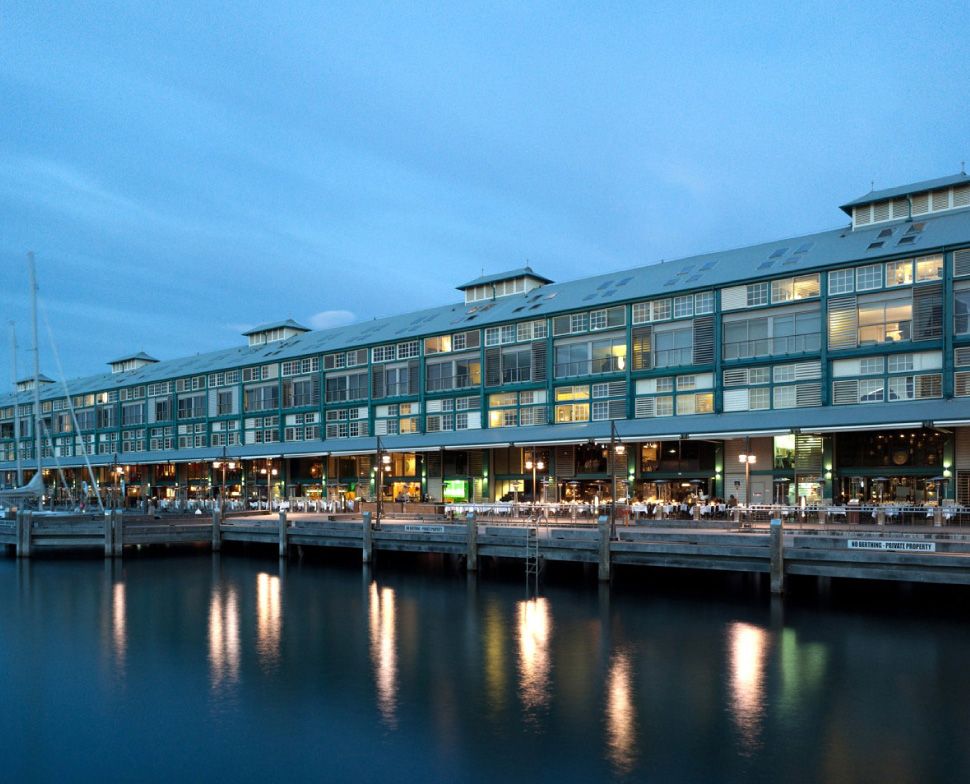 Sydney's Woolloomooloo Wharf is known for its exquisite views and fine restaurants. 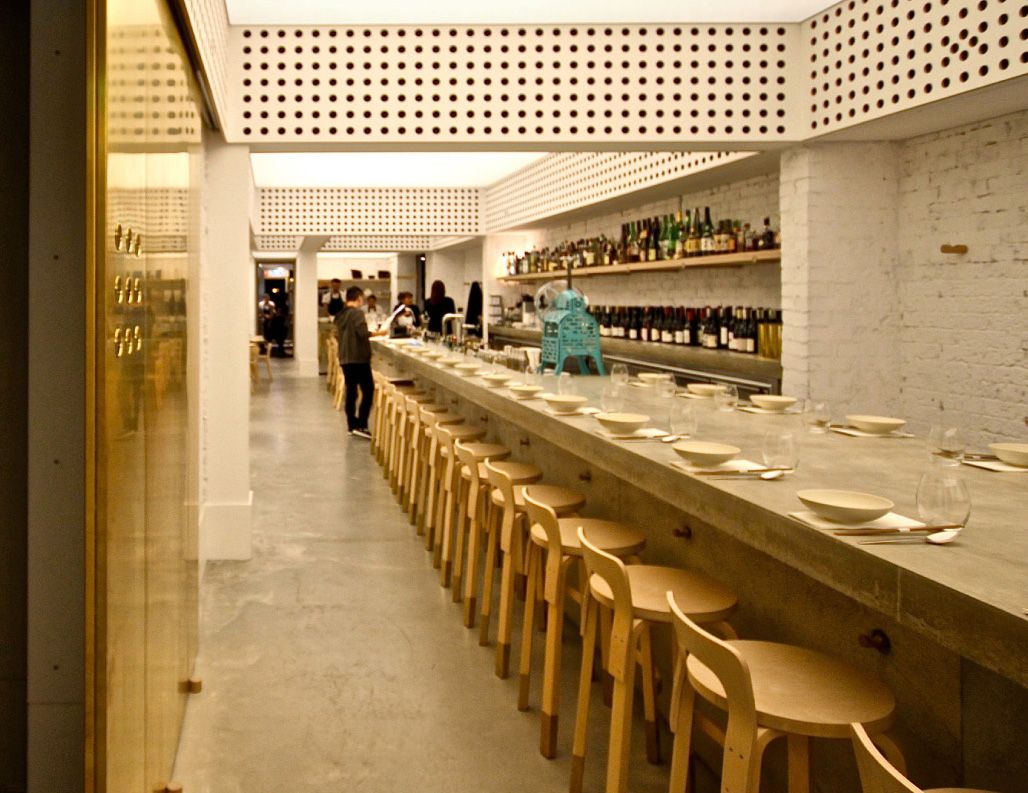 Centennial Park, one of the city's breathtaking parks, which borders the neighborhoods of Surry Hills, Paddington and Woollahra. 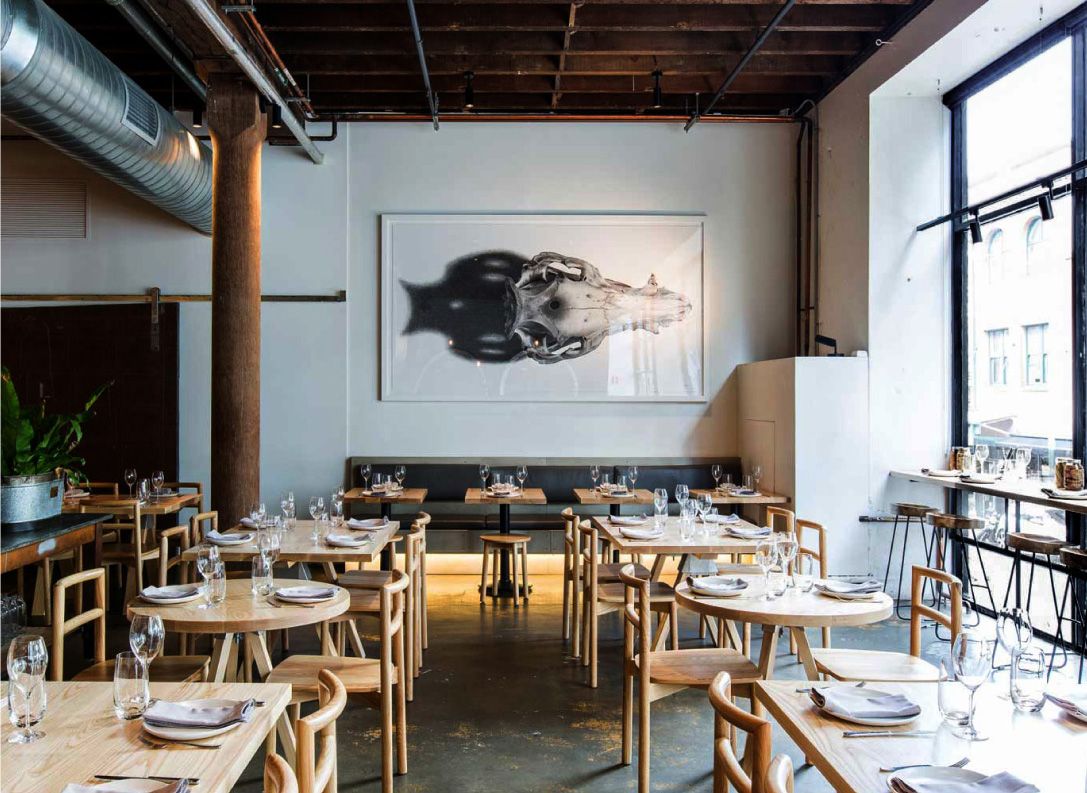 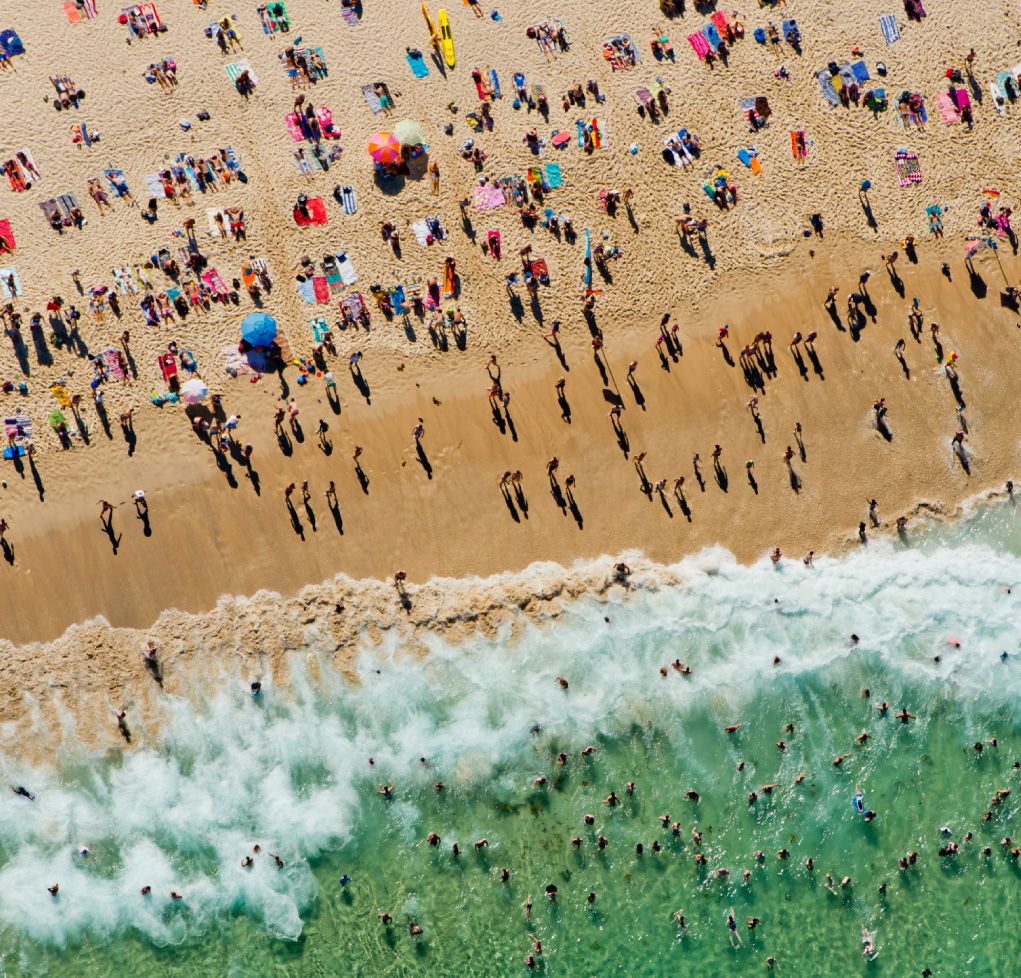 Quintessentially Sydney; a spectacular view of Bondi Beach, the city's most famous stretch of sand.

Sydney's iconic Iceberg's ocean pool from above. Its namesake restaurant offers one of the most spectacular water views imaginable.